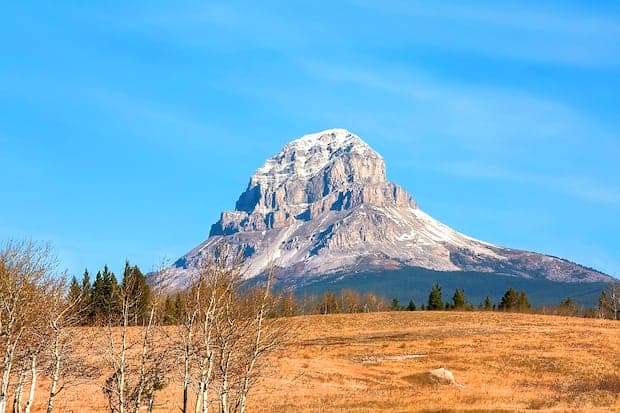 Crownest Mountain is truly ‘where the mountains meet the prairie’! The Crowsnest Pass and Waterton Lakes National Park in Alberta, Canada are uniquely beautiful areas with stunning 9,000 foot peaks like this one right on the edge of rolling flat lands! As you drive closer, the magnitude of this mountain presents itself and it looks pretty formidable – who would guess there’s a route up the backside? 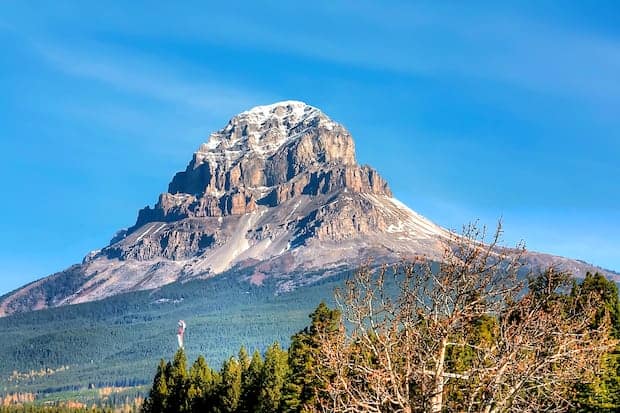 I should mention that this is not a hike – it’s most definitely a scramble which means hands and feet get  involved, along with route finding. It’s classified as moderate in Alan Kane’s book of Canadian Scrambles, and for me when he says moderate, I read ‘maxed out’. I’m not a climber, and I’ve learned what I’m comfortable with over time. If you decide to take up scrambling, my best advice is to turn around if you’re feeling uncomfortable at all – people die every year in mountaineering accidents so it’s best to know your abilities and stick to them. One of our best rules is to turn around at a certain time of day, so we don’t end up hiking out in the dark – even if we’re an hour away from the summit, we turn around if we’re out of time – it’s hard, but safety’s worth it! We’ve pushed our limits far too many times, so now we never brake our rules! 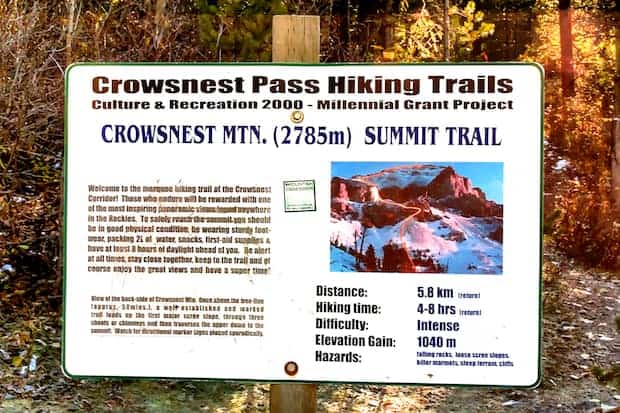 Even though it was getting late in the fall for scaling bigger peaks, we decided to give it a go because it looked like fairly good conditions. We had a great day – blue skies and sunshine and the fall colors were at their peak with deep golds and oranges! The distance round trip is only about 3.5 miles – but these are endless miles like you’ve never experienced before! I’m not a fan of hiking poles for the most part, but you’ll want something along for this mountain.

We’ve attempted this mountain twice now, (my husband’s made it to the top but I haven’t yet). This first attempt was on a whim while we were driving from Calgary to Kalispell – this is not a mountain to undertake on a whim – we ran out of daylight and had to turn around.  That attempt was in the summer and I didn’t have a hiking stick or poles – it was literally 1 step forward and a 10 foot slide back on loose shale (really not exaggerating). The second time, I was prepared – I grabbed a stick from the side of the trail before we got to the shale and it helped immensely! Since there was already snow on our second attempt the shale was much firmer (great footing on the way up, but brutal on the knees on the way down). 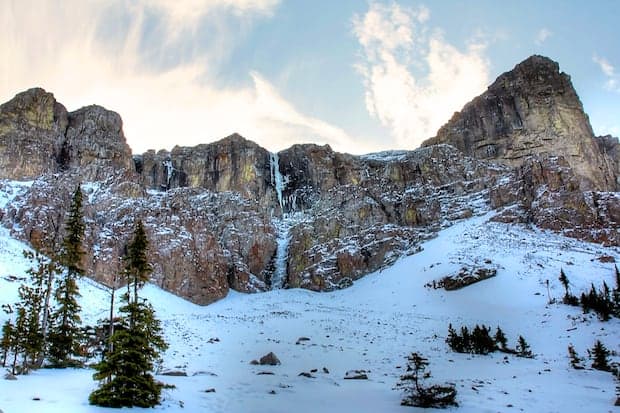 We could see some ice flows out of the rock ahead, but we were hoping the route would be clear. 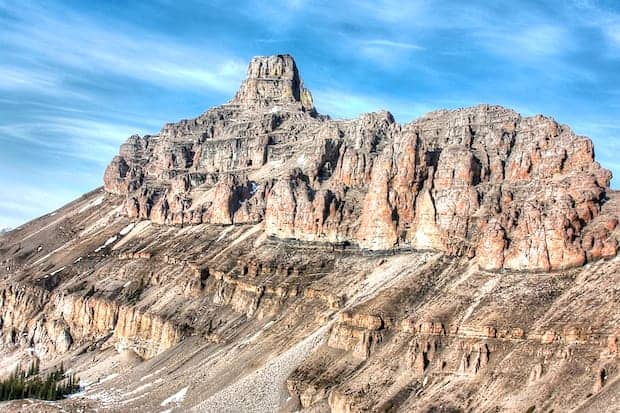 Hiking up the backside, you have a great view of the seven sisters (above picture) behind Crowsnest Mountain that you can’t see from the highway! 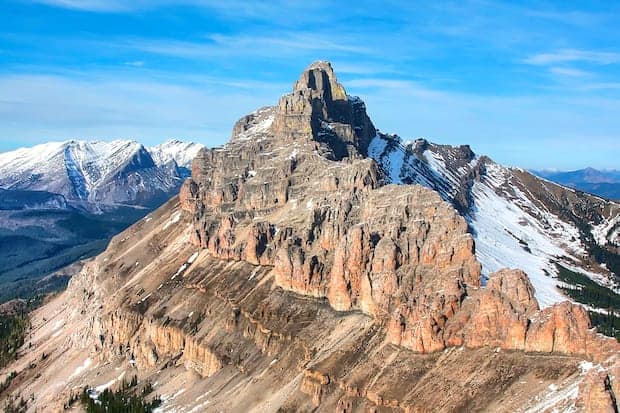 As you gain elevation, they look even more impressive! 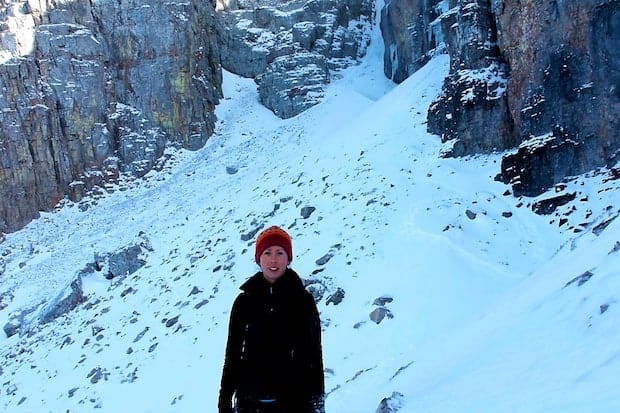 Here we are in front of the gully that leads to the crux – looks chilly! 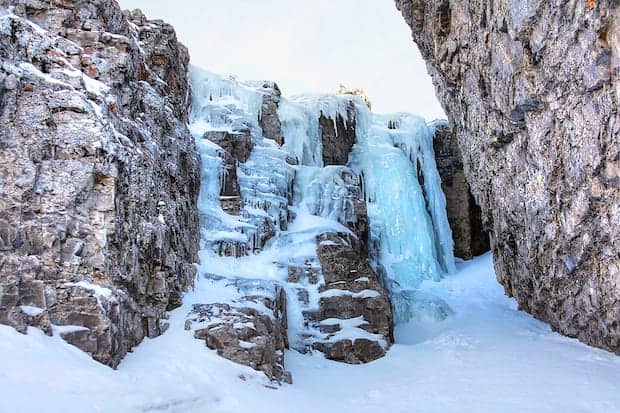 This is where things started to get interesting – when we got into the gully the snow went from a few inches to chest deep. However, we slogged on knowing that just above us was the windswept final stretch to the summit. 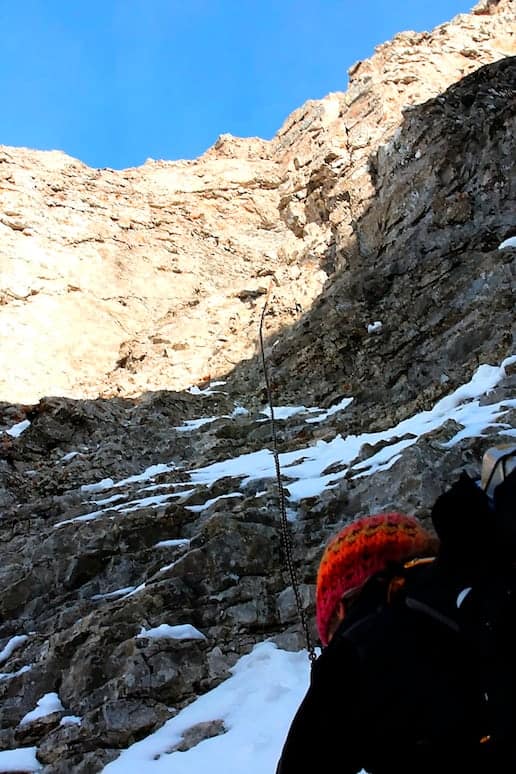 This is the crux – it looks rather steep but it’s not bad at all because they have a chain in place to help out with balance. That being said, if you have a fear of heights – this most definitely is not for you. The gully sweeps away from you and can create a feeling of vertigo. 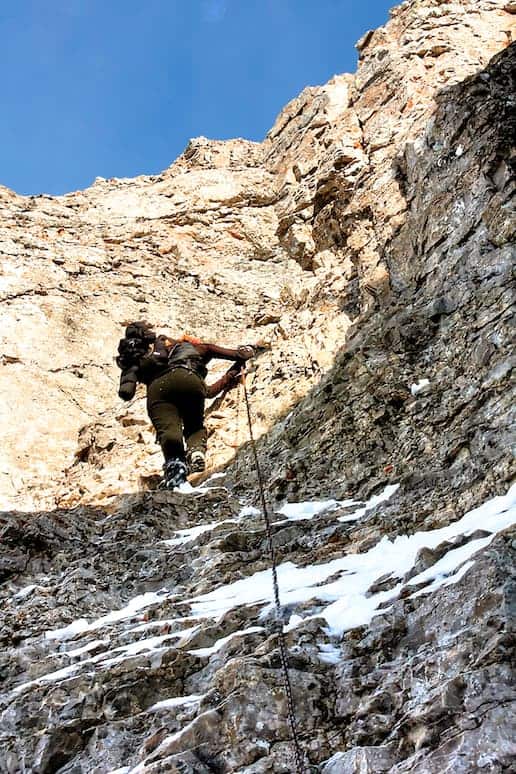 At the top of the chain, the area is pretty confined and we hit an ice flow that we couldn’t cross and there was no possible way around it. So we made the right decision and turned around – AGAIN – AND WITH THE SUMMIT IN SIGHT! It pretty much killed me to miss the summit again, especially after wading through chest deep snow, but maybe this summer I’ll finally reach the top of this amazing mountain! 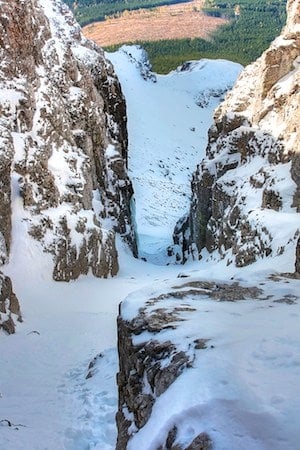 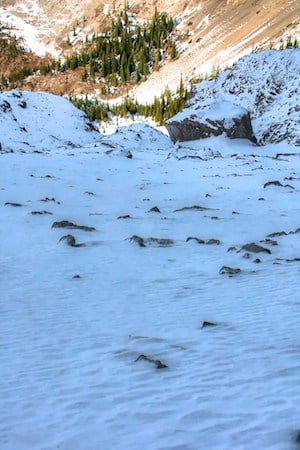 These 2 pictures show you how steeply the mountain falls aways from you – you’re in no danger of falling, yet it looks that way some times! 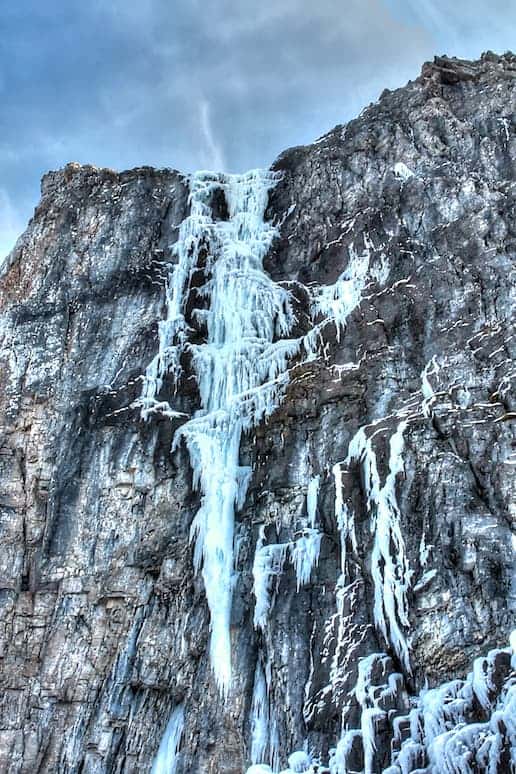 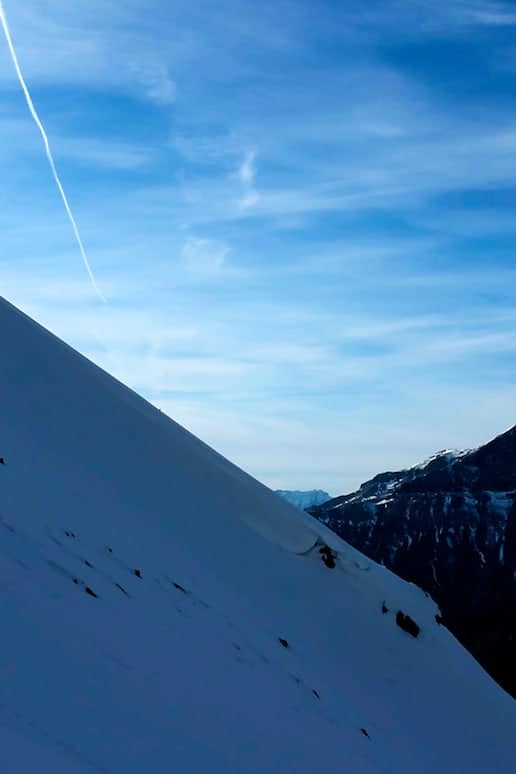 This picture gives you an idea of the grade you’re facing – you gain about 3,000ft in 1.5 miles, now that is seriously steep! 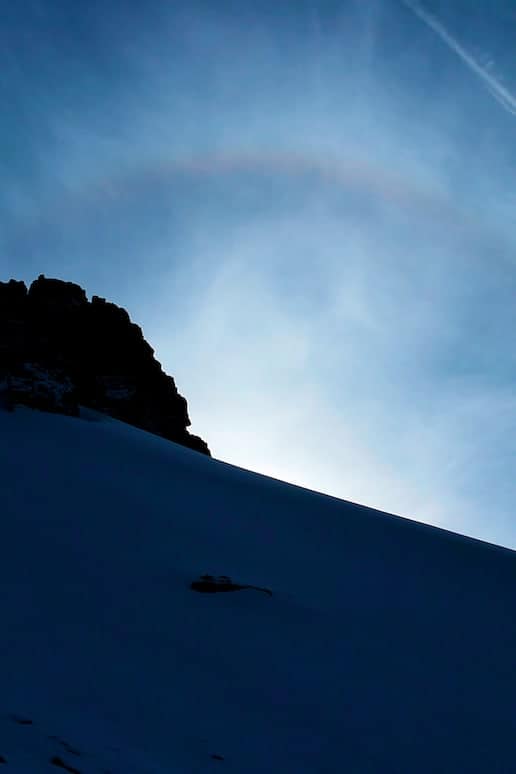 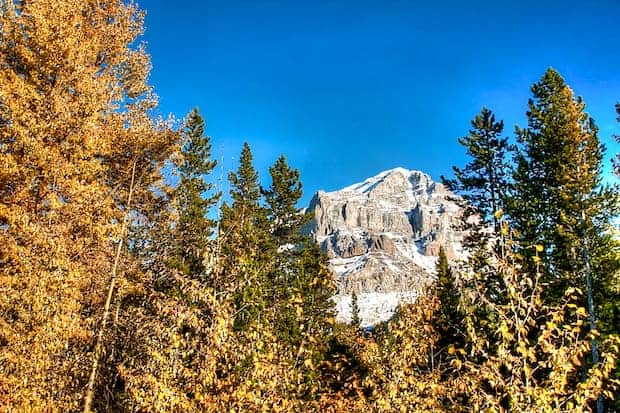 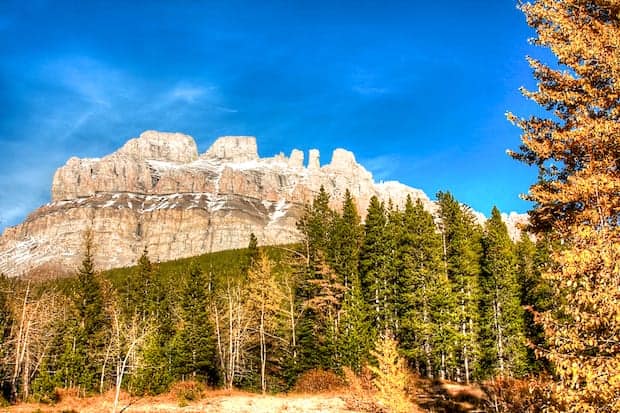 This is the final post from our Canadian Adventure! I hope you’ve enjoyed the journey with us, and we’ll see you soon for something closer to home!