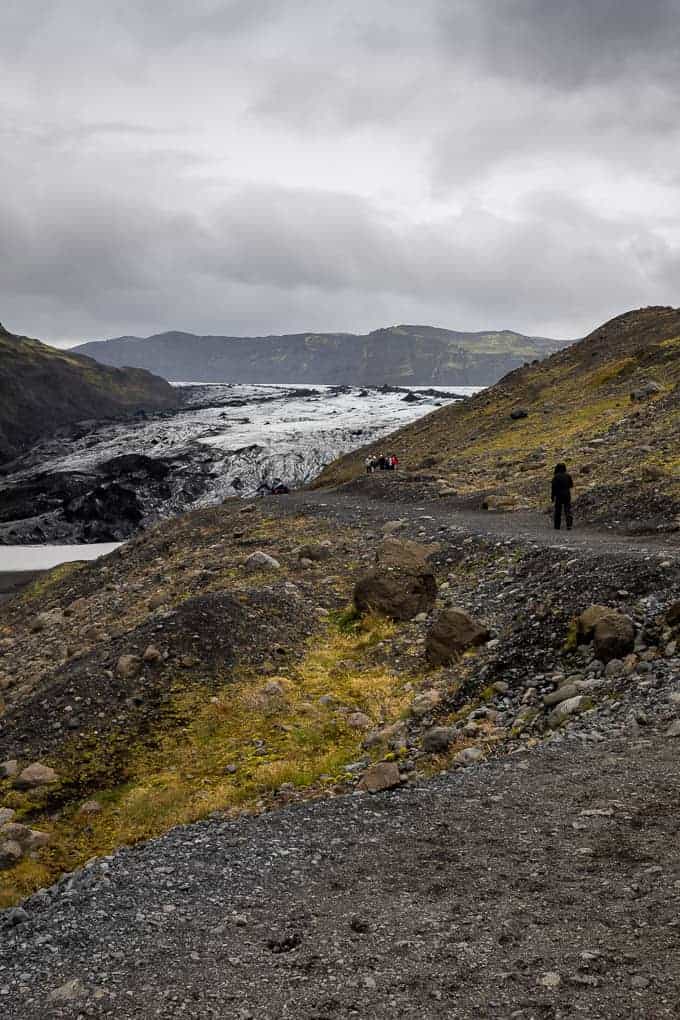 When we last left off, we were making Thai Curry in the camping area at Skogafoss waterfall. We’d been going non-stop for 4 days with only 7 hours of sleep, (total) and it’s safe to say we were exhausted. Luckily when we looked up the weather forecast for the next day over dinner, they were predicting rain.

Not only did we seriously need some sleep at this point, but we’d also filled almost every single memory card we’d brought along. So we also needed some time to off load onto our hard drives, and do some general catchup. 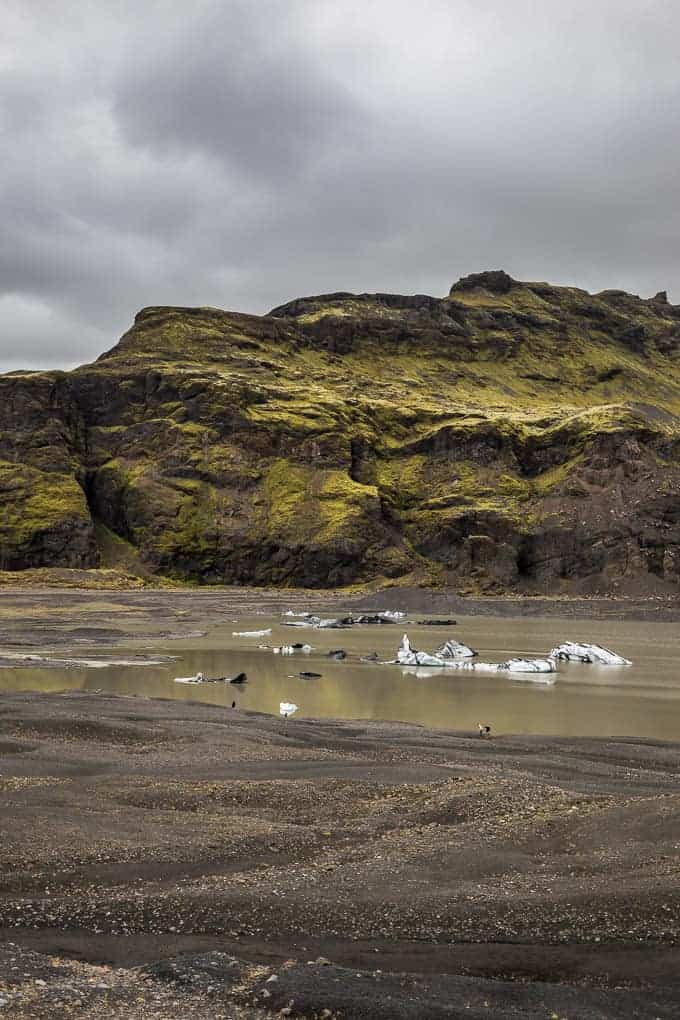 After eating as much as we could possibly fit in after another strenuous day, we packed up our leftovers into the cooler and went to bed. And get this… we didn’t set an alarm to get up the next day! We decided to just sleep until we woke up, which explains why when we did finally awaken the next day, I had to do a double take when I looked at the clock. We had slept in until 11am – what on earth, I guess we really needed some good rest! 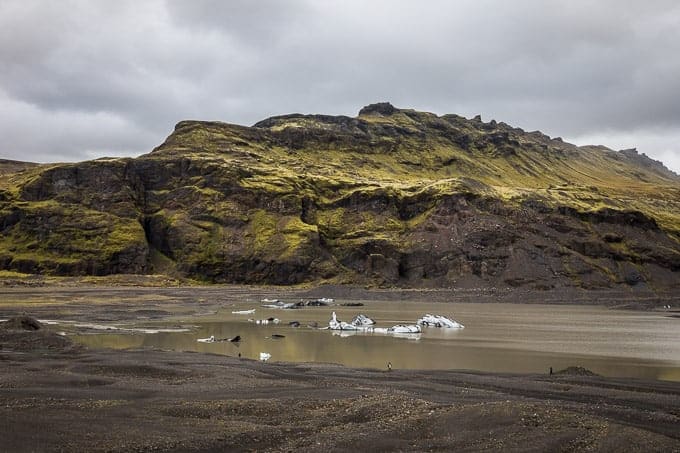 For breakfast we ate some of our leftover Thai Curry cold straight out of the cooler while working on managing our media. A couple hours later after everything had been off loaded and we had lots of memory to fill with photos again, we finally started our day in the mid-afternoon.

It was a grey, drizzly day with wind and rain coming and going, so we decided to go easy on the sight seeing. We were also in need of some supplies, so we decided to drive to the nearest town called, Vik. We loaded up on groceries and fueled up the van for our next set of adventures before exploring the town a little. 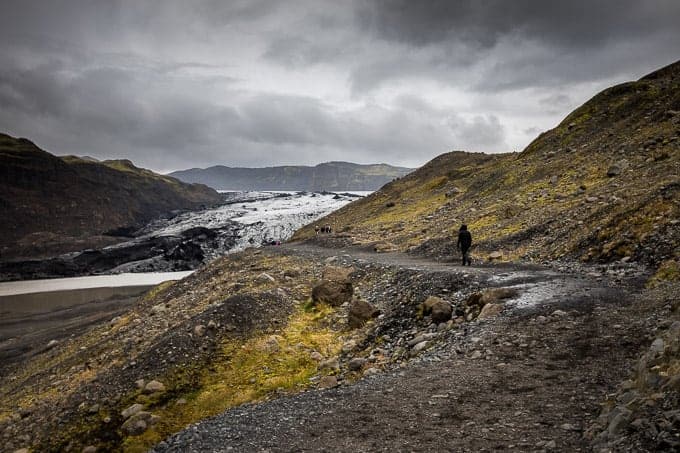 Vik is very picturesque and there’s lots of great photo opportunities there. Especially with better weather, there are some great ocean photos at sunrise and sunset. But since the wind was howling, we headed indoors to souvenir shops instead.

We weren’t really sure what we were after, but mostly something we could easily take home to remind us of our time in Iceland. We ended up settling on hats and gloves made with Icelandic wool and knit locally. The hats have actually been such a big hit with both of us that we’ve come home saying we should’ve bought 2 each. It’s also been fun wearing our souvenirs on subsequent adventures because every time we look at each other we remember our awesome trip!

After exploring the small town of Vik, we decided to head back up the road to the famous plane wreck. We were hoping with the bad weather it would quieter than usual. But when we arrived at the parking lot, it was absolutely jammed with people. 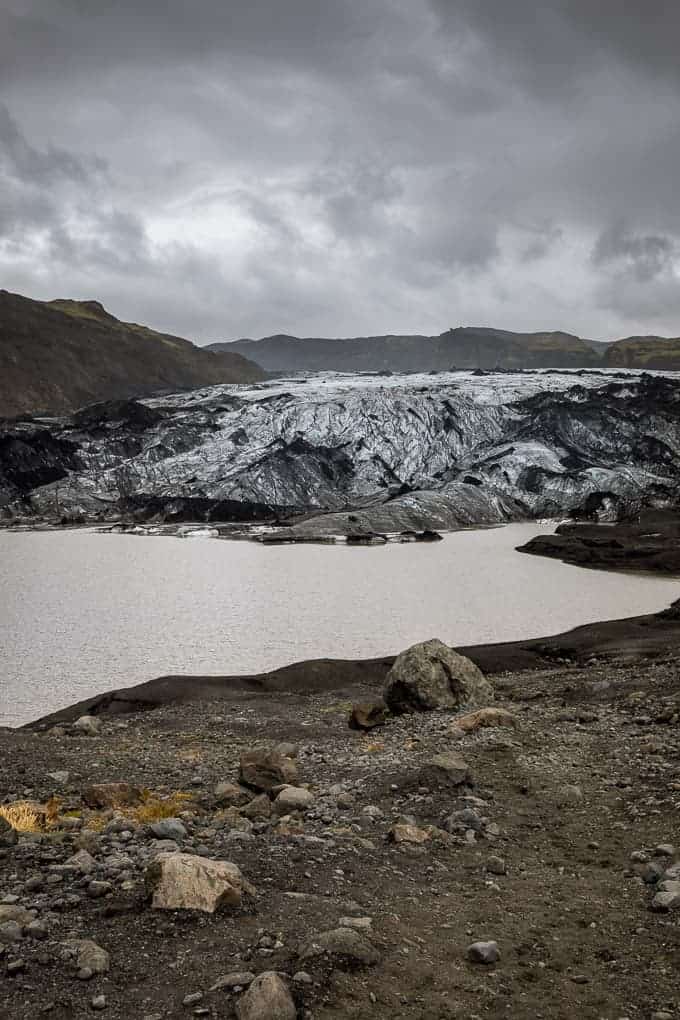 So we decided to come back the next day and try again for less crowds. From there we headed up the road a little ways to where we had seen a sign for some sight seeing that wasn’t on our list. And that’s how we ended up taking the short hike in to see the Solheimajokull glacier which is where all these photos are from.

This is a great place to take a guided glacier trip if that’s something you’d be into. We did it a few years back in Canada and had an absolute blast, so we both highly recommend doing it at some point in your travels if you can. You can see photos and read about it here with our Athabasca Glacier Trek.

After our short walk to the glacier we started looking for a place to stay the night. Once we found a place to park, we settled in for the night, and did some organizing in the van so we’d be ready for the great weather coming on the next day.

We also suited up in our head to toe gortex, (which let’s be honest, we pretty much never took off the gortex in 15 days). And we made dinner again – 2 nights in a row which was starting to make us feel pretty spoiled. 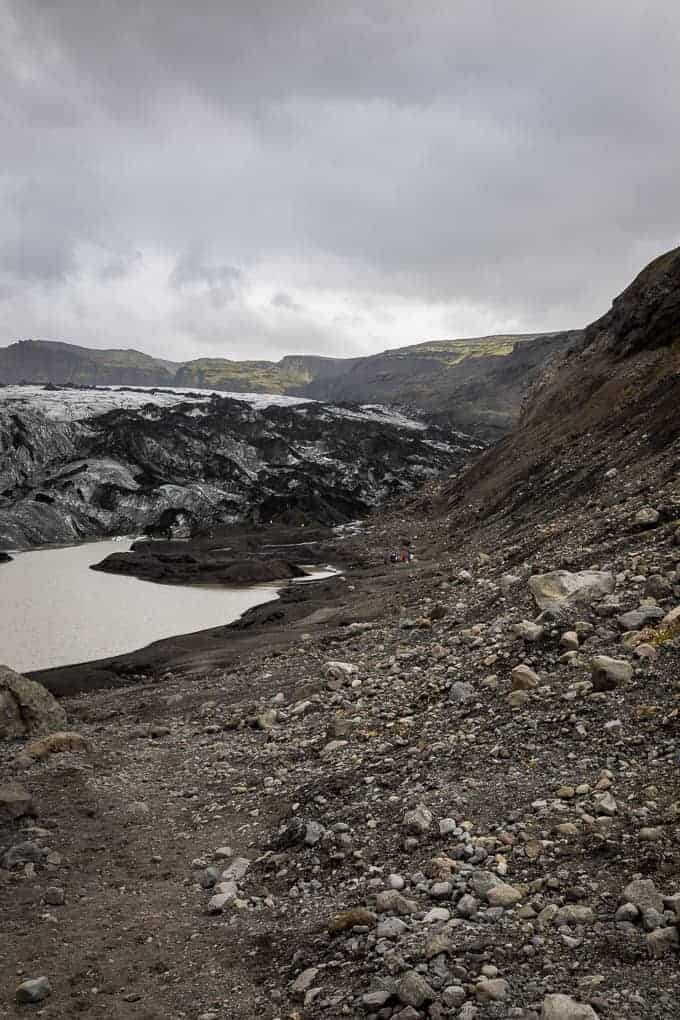 This time I did a fajita style pasta using their local ground beef again. I sautéed onions, peppers, and zucchini together with the ground beef and a fajita seasoning mix I had brought from the States. Then I tossed it all together with freshly cooked gluten free pasta, (I used either Jovial or Delallo brands for the best texture on this trip that I brought from the States). Right at the end, I stir in some Icelandic yogurt to make it creamy. And finally I added some halved cherry tomatoes, and sliced green onions for fresh flavor.

We dived right into that giant bowl of pasta, but even so we had plenty of leftovers to pack up for lunches the next day. Then we crawled into bed by 10pm and set the alarm for 2am for the next action packed day. Good thing we had some leftovers to eat because things were heating up to get a little crazy all over again on Day 6 which is coming soon!

Our Iceland Trip so far: