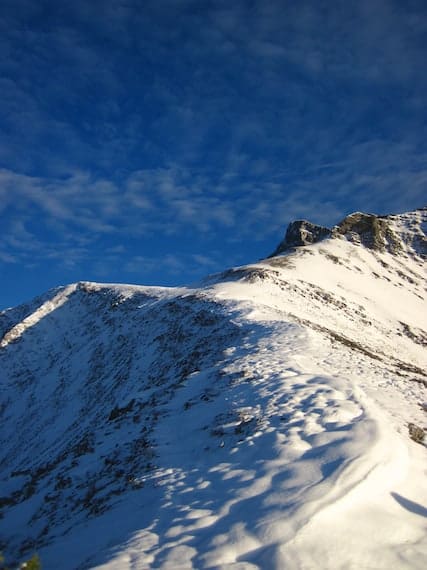 It was a phenomenal day in the mountains just west of Calgary in a town called Canmore. Canmore is situated in a corridor created by two mountain ranges running along either side. Overlooking the town are two peaks that are connected by a ridge, Ha Ling Peak and Miner’s Peak.  If you get started in the morning it is pretty easy to do both in a day. 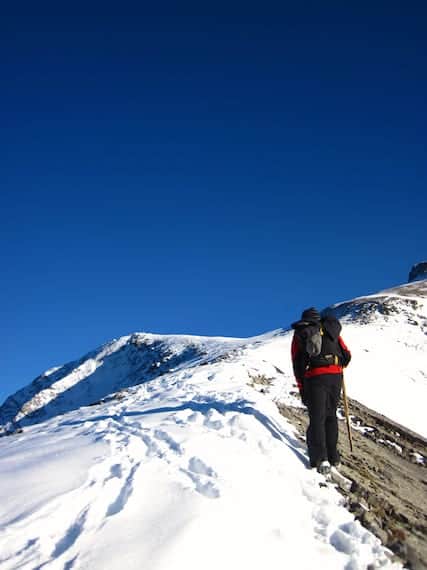 We had already hiked Ha Ling Peak, so this time we decided to do Miner’s Peak. Either summit is great if you only have a partial day because you can be up and back in 3 hours (4 hours if you take a lot of pictures).

Both of the these peaks are actually part of Mount Lawrence Grassi and apparently, if you have considerable technical skills, you can continue traversing across the mountain range until you reach the summit of Mount Lawrence Grassi. We scrambled Grassi earlier in 2012 and it was tough going. It was a stunning peak but one should be prepared for some route finding and almost vertical steepness. For additional route details, refer to Alan Kane’s book, Scrambles in the Canadian Rockies.

For anyone unfamiliar with the term scrambling, it means hiking that may include the use of hands and or the occasional rope. 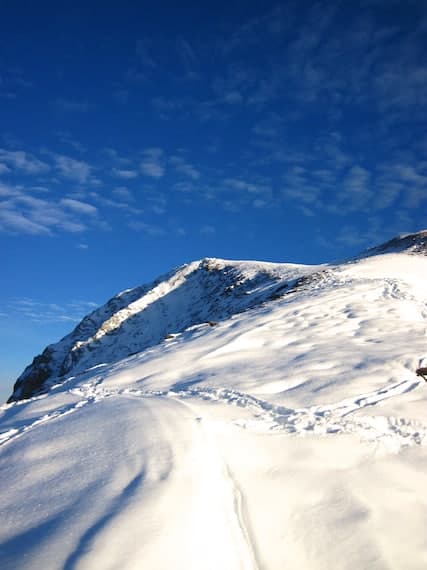 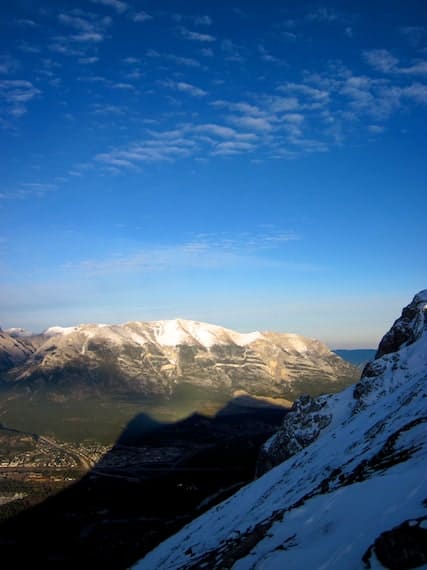 Looking down over Canmore you can see the shadow of one mountain range reaching across the valley to touch the other side. 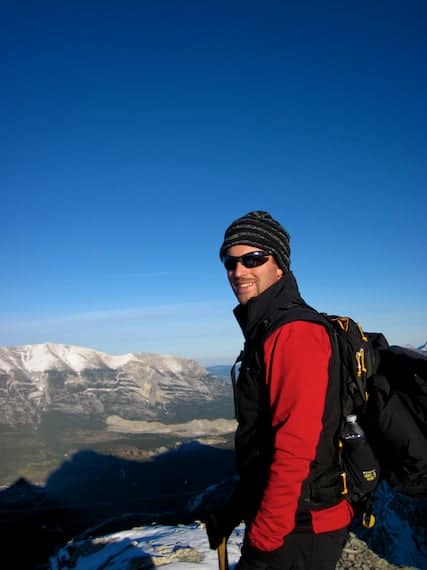 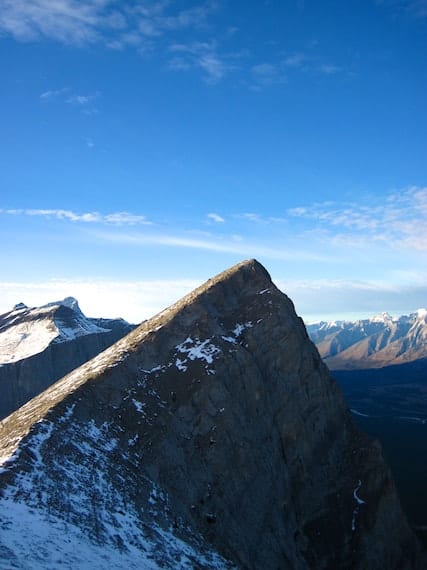 Looking back toward Ha Ling Peak. 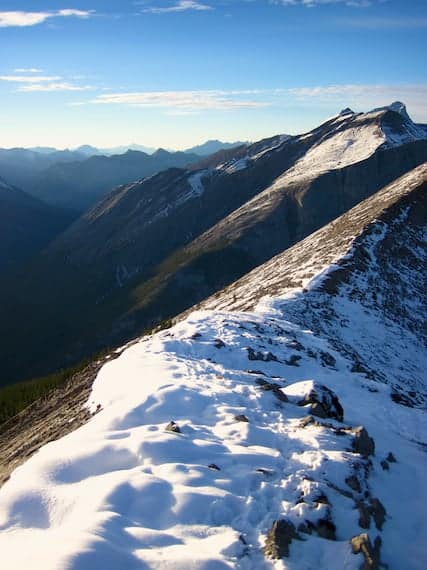 The ridge walk has steep slopes on either side making the views absolutely breathtaking. 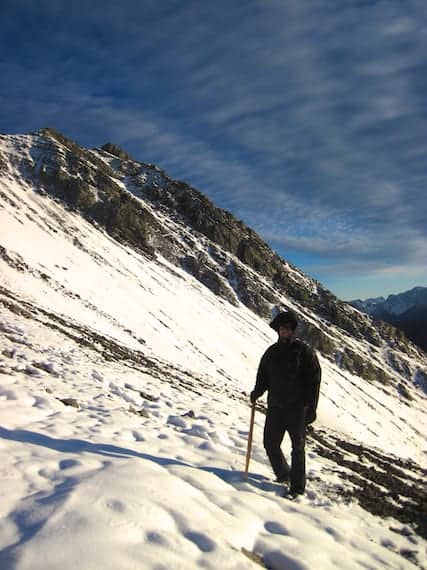 We were glad to have all our winter gear at the top because it was pretty chilly. 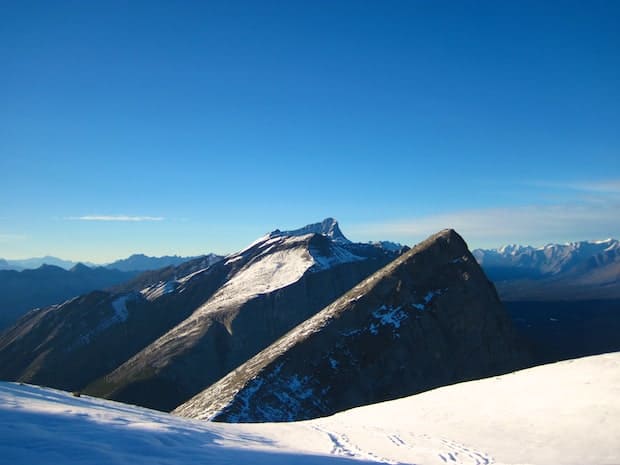 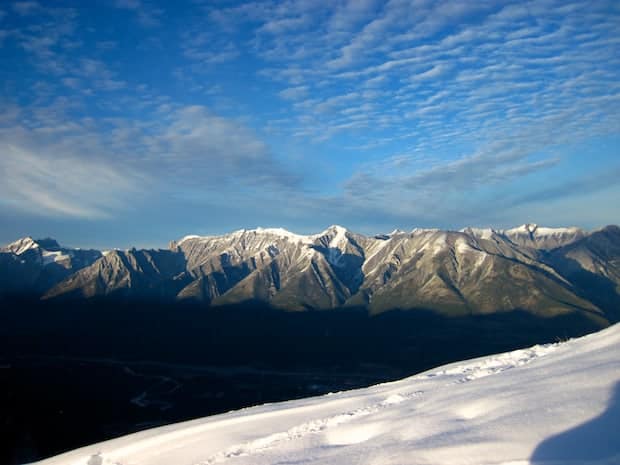 The shadow of this mountain range extended for as far as your eye could see. The contrast of light and dark was incredibly stunning. 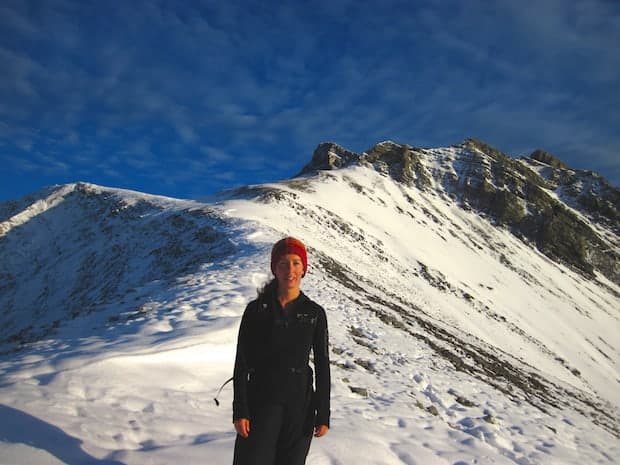 It was a neat experience to be at the top of a mountain as the sun began to set. It was only about an hour to get back to the car so we could stay at the top as the sky turned golden. 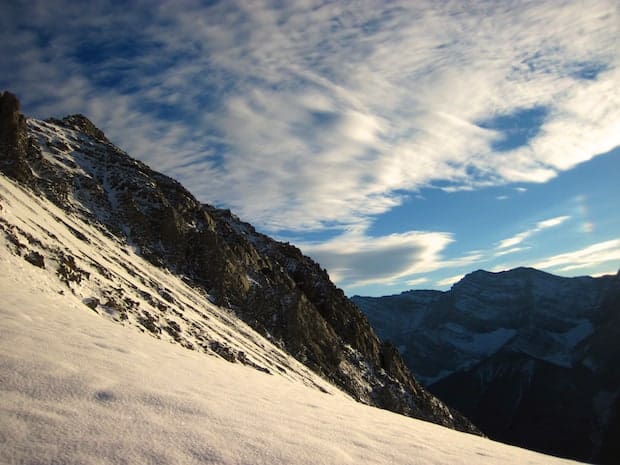 As we were headed back, there was a spectacular sunset filling up the sky, made even more dramatic by the dark mountains. 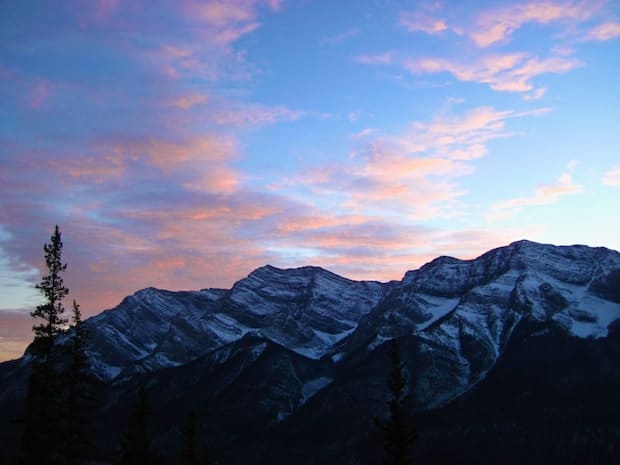 These photos on Miner’s Peak were taken with a point and shoot camera, Cannon Powershot D10, so the night shots are a little blurry but still kinda cool. 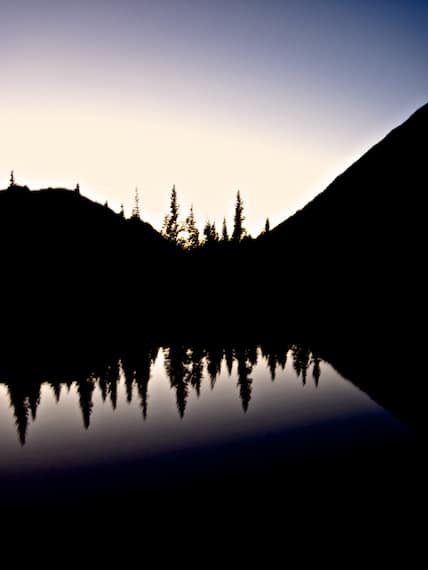 During the months of March and April we don’t get out to the mountains much because of avalanches and Spring runoff, so for the next few weeks we’ve planned to do a series of posts from our vacation a few months back on the West Coast.