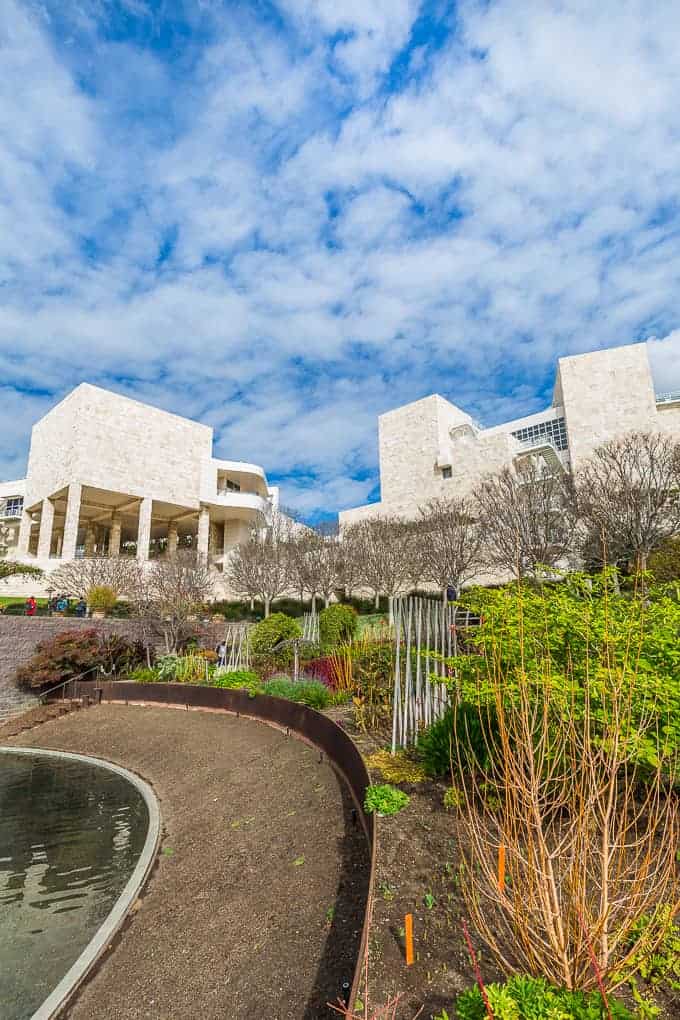 My #1 tip for exploring Los Angeles is to know your interests! (There’s a short form version of all my tips at the bottom of the post.) LA is absolutely packed with things to do and see. And there are so many amazing restaurants to try, it’s dizzying to try and figure out an itinerary. Once you figure out what your primary interests are, you can narrow down what you want to do.

The next thing to consider is, where in the city will you be spending most of your time? The traffic is just as bad as you’ve heard, and you don’t want to spend all your time sitting on the freeway, instead of having a good time. Plan to be somewhere you want to spend several hours at during peak traffic times. Visiting the Griffith Observatory or the Getty museum is the perfect way to avoid rush hour before heading to dinner.

A lot of websites and articles will tell you that you absolutely must visit Rodeo Drive and the Hollywood Walk of Fame. But we both knew that that’s not something we’re interested in. And since we had just the weekend in LA to explore, we didn’t want to spend it doing things just because ‘you’re supposed to’.

Funnily enough we did end up walking Rodeo Drive on our way to dinner quite by accident. We had 2 delayed flights on the way down to California, and we ended up losing most of the day Friday that we had planned to spend in the Getty. So we ended up in LA just before our dinner reservation at Mozza. We had 30 minutes with nothing planned to do in that part of the city, so we walked along Rodeo Drive. And as suspected, it was a complete waste of time for us. That being said, that’s just us, a lot of people love it.

We made it to the Getty the next day and spent several hours exploring the exhibits. There are some really amazing pieces at the Getty and it’s definitely worth a visit if you like art. There’s a parking garage below the the museum and it’s paid parking, but the transit train up to the museum is free. 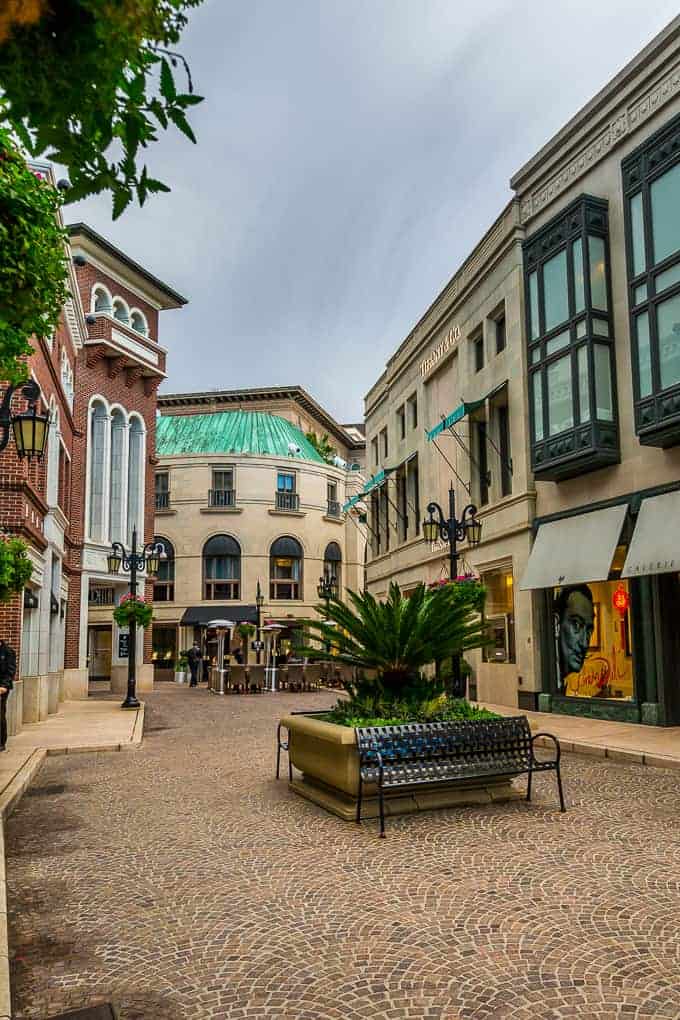 Just a little peak at Rodeo Drive which is famous for it’s expensive brand name shopping and celebrity sightings. 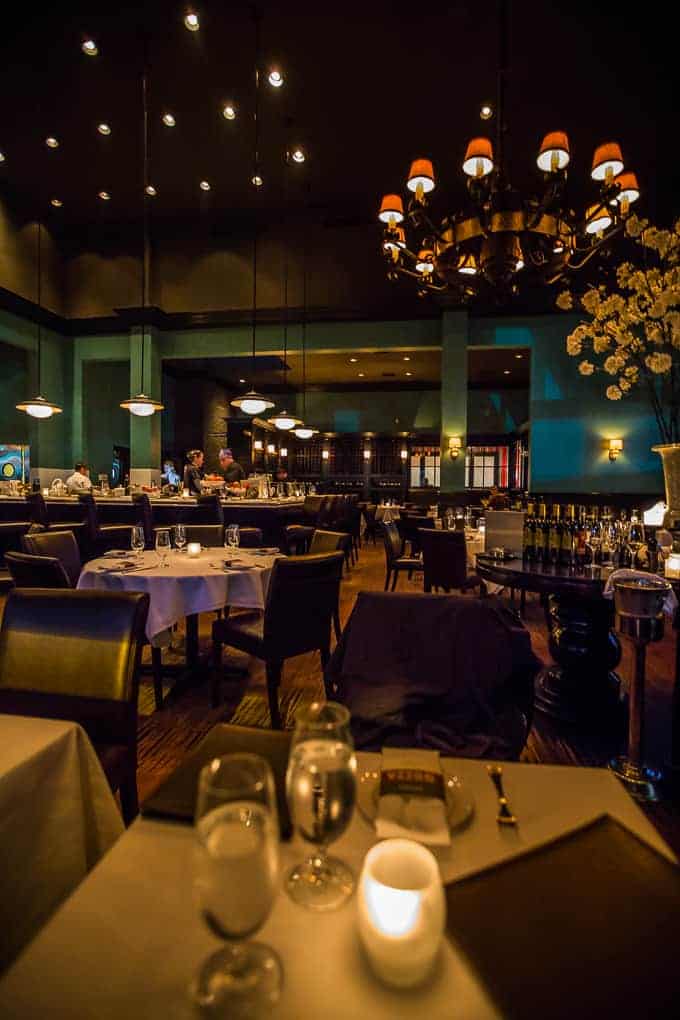 As I mentioned, we had dinner at Mozza the first night in La because we’d heard nothing but rave reviews from so many people. However, when I looked it up on Yelp people were saying it’s pretentious, incredibly dark and overly noisy. I thought maybe the reviews might be a bit harsh, but as it would turn out, those people on Yelp were 100% right! I’ve never wrote about a place we’ve went when we weren’t happy. But I was so disappointed in the overall experience I just have to say something. There’s 100’s of amazing restaurants in LA, and I wouldn’t waste my time at Mozza if I had it to do over again.

At one point in the evening, a couple was seated at the table next to us. It was so dark in the restaurant, the guy got out his smart phone, and turned on the flashlight function just to look at the menu.

Don’t get me wrong, the food was fantastic! It definitely cost and arm and a leg, but that’s the going rate for fine dining in LA, so it’s not fair to complain about the price. The main problem besides the noise and serious attitude from the staff, was our waiter didn’t come back to our table after the initial order.

We wanted to order more courses, but the food was just dropped at the table by other servers, and they disappeared. By the time our pasta was done, we thought maybe… just maybe our waiter might come back and make an appearance because we had said we were interested in ordering the incredibly expensive steak for 2. But after an hour without him returning, we just asked for the check and walked away hungry. (By the way, the check came out to somewhere around $170, and we were both still starving.)

So hungry and without reservations for somewhere else on a busy Friday night, we walked next door and got a seat at the bar of Pizzeria Mozza, (their sister restaurant). We promptly ordered 2 pizzas, and basked in their amazingness saying we should’ve just skipped Mozza altogether. Obviously if you don’t eat wheat at all, I wouldn’t go to the Pizzeria. But since we do eat it on rare occasions we wanted to try their famous Pizza Bianca – which was beyond words, so delicious!

I guess for me, if I’m spending that kind of money on dinner, I’d like to think you could get the whole package – you know… atmosphere + good service + good food. We only go out to eat like that on a rare occasion, so it’s extra disappointing when it does’t go well. 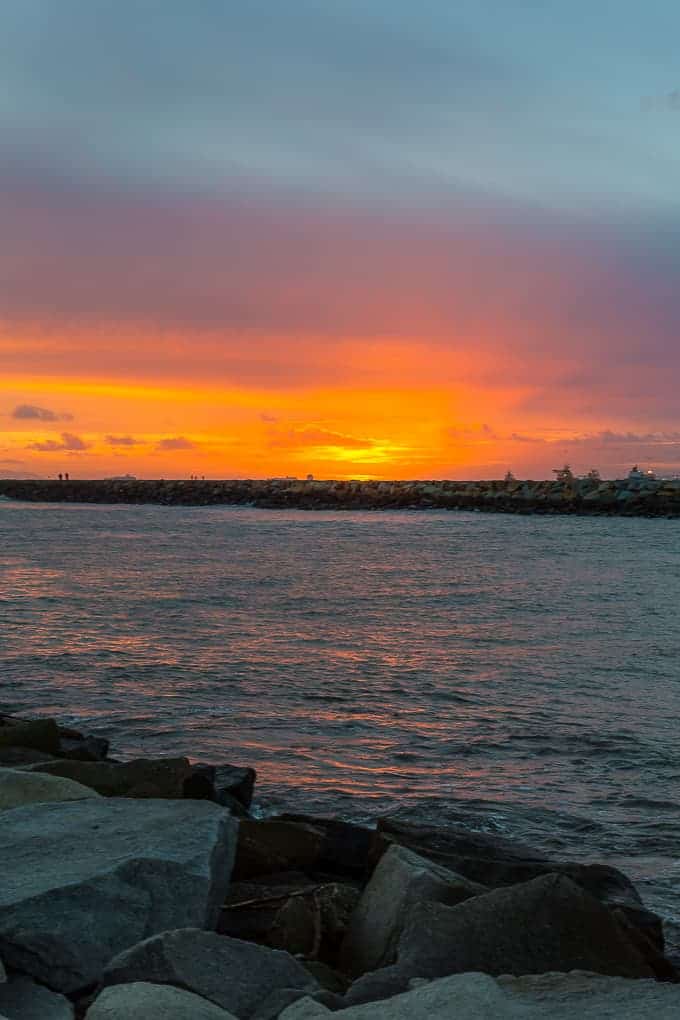 So moving back into the realm of positive experiences, definitely don’t miss some beach time while in LA. There’s Santa Monica of course (see 2 photos below) which is a busy and fun place to visit. And there’s lots of gorgeous beaches and sunsets as you work your way south down the coast. 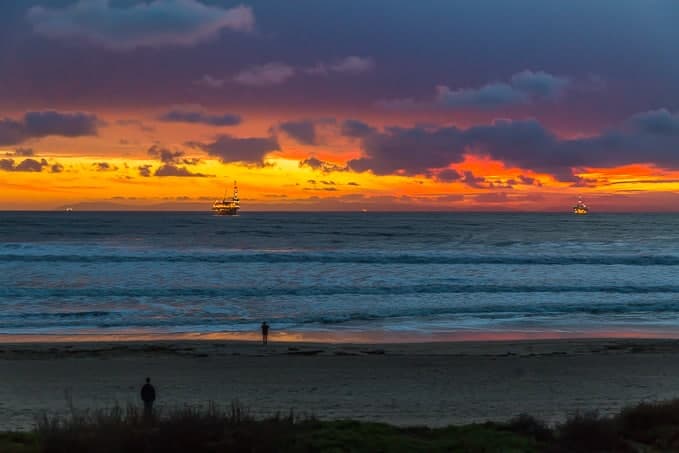 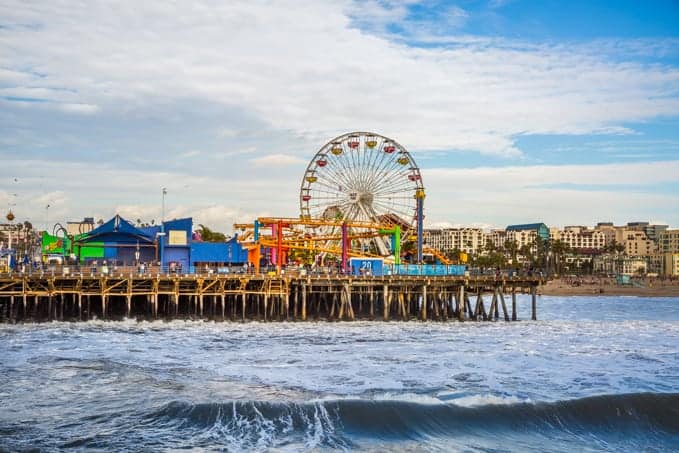 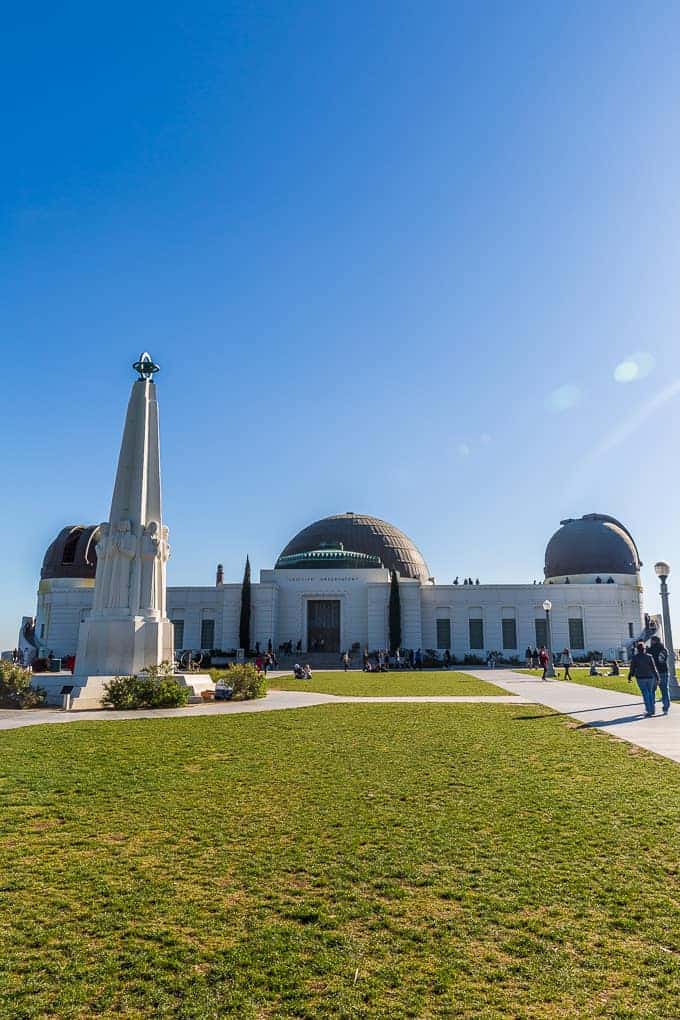 Tyler and I didn’t make it to the Griffith together because he had to fly home for the work week. I stayed on for a freelance photography job in the city, and got to go on my way to the airport. There’s beautiful views of the city, and a lot of people come to see the Hollywood sign, (see last photo in this post).

One thing worth noting is the lack of cell service at the Griffith. I took an Uber ride there because parking is extremely limited. I cut a deal with my driver to wait for me while I explored for a bit before taking me the rest of the way to the airport. Since they get paid by the trip, I offered him some extra cash to wait for me so that I wouldn’t be waiting for a second ride to come, and possibly miss my flight. This turned out to be a great idea because I couldn’t even get a text to go through up there much less make a phone call. If he hadn’t been waiting for me, I would’ve been in trouble trying to get another ride to the airport! 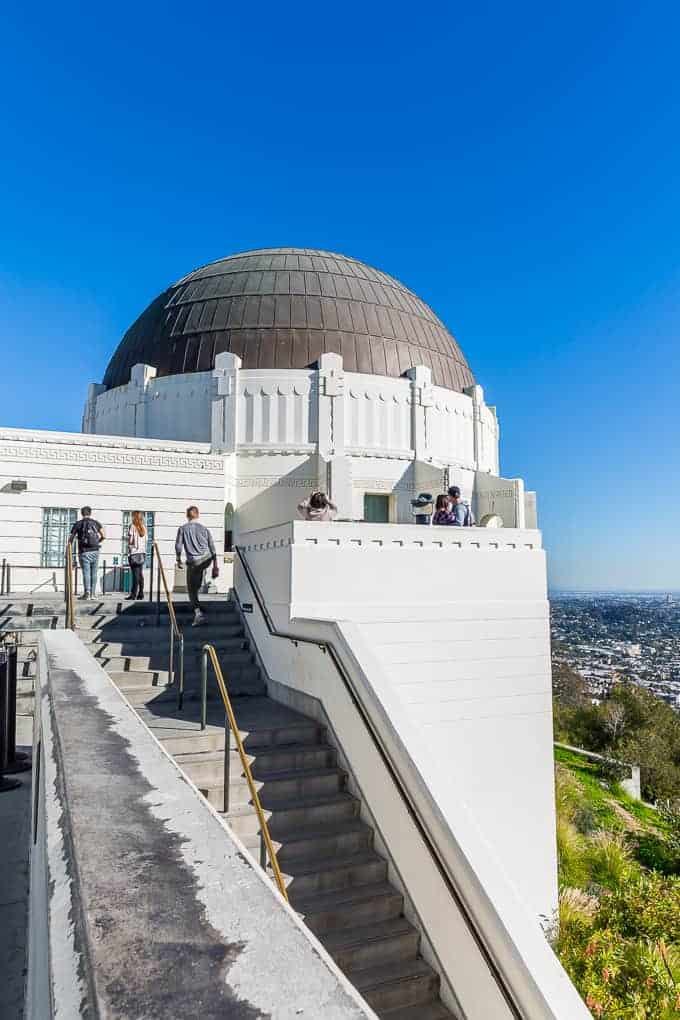 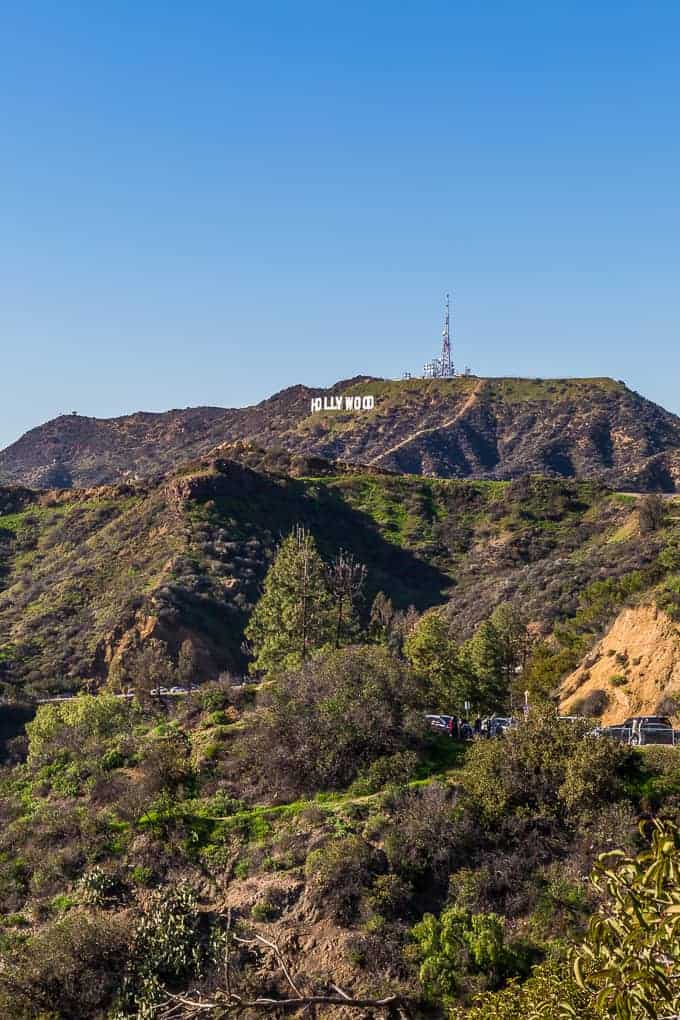 And… I think that’s all, I hope you’ve enjoyed this lengthy post that barely scrapes the surface of all that Los Angeles has to offer!