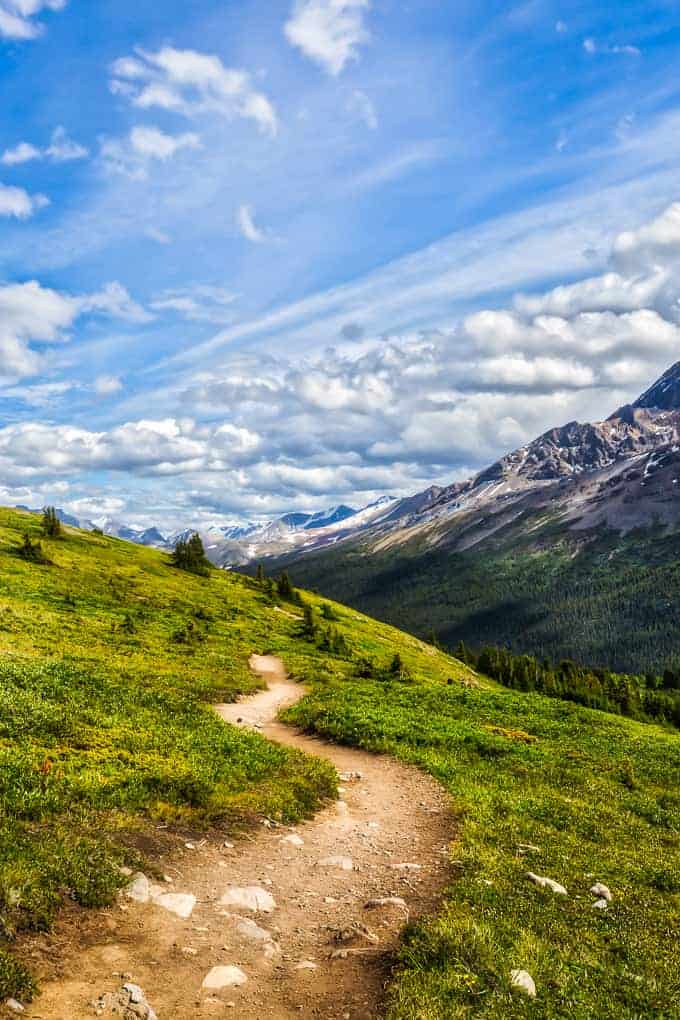 Wilcox Pass is one of our all time favorite hiking adventures! The views are nothing short of breathtaking, especially since it’s only rated a moderate grade hike with 7.5 miles roundtrip. You look across the valley at massive glaciers that are so beautiful, you’ll keep stopping along the way to have another look, or take a million photos in my case! 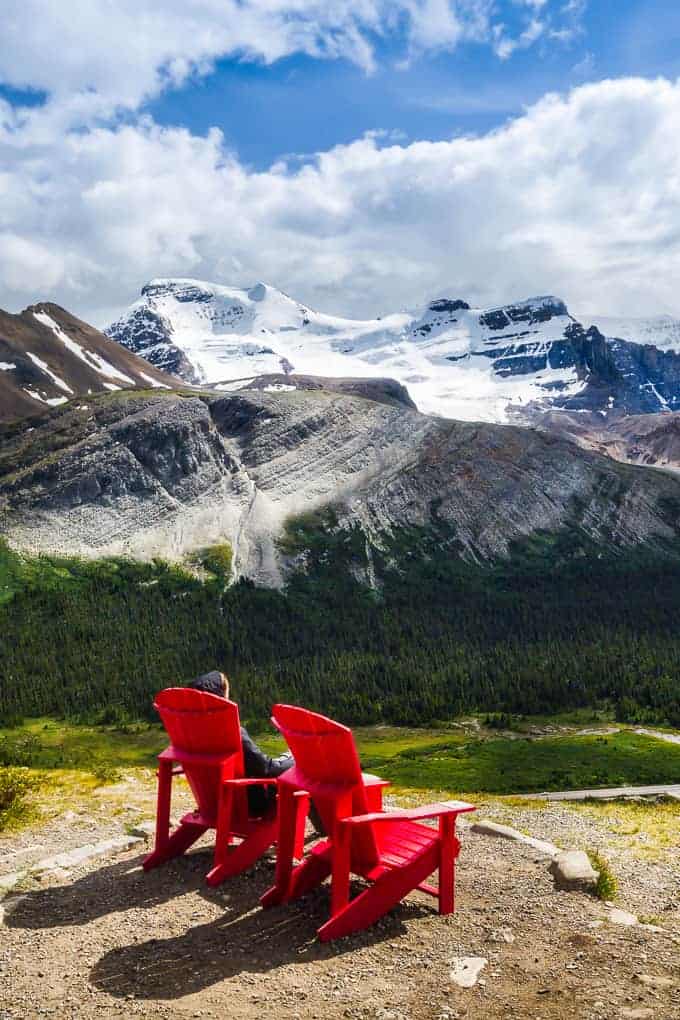 The day started at the crack of dawn after an incredibly long previous day that stretched into 3 am photographing the Milky Way over Athabasca Glacier. We went to bed and caught 2 hours of sleep before getting up at 5 am to catch the sunrise.

Instead of the gorgeous sunrise, we woke up to clouds and we weren’t sure what kind of day was in store, since we hadn’t seen a cell signal in days! You get so used to checking the weather app on your phone, that when it’s not there, you almost don’t know what to do. But the sun broke out for several hours, and we were treated to absolutely magical views! 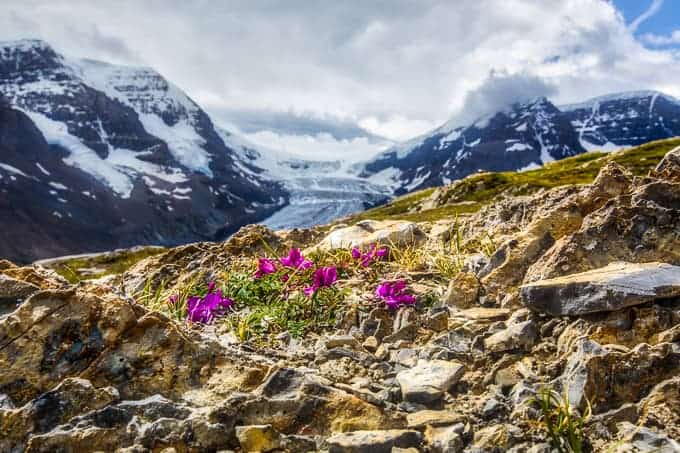 You start off in the trees for this hike, but quickly break out into the open where it’s non-stop views of massive glaciers cascading out of the mountains. 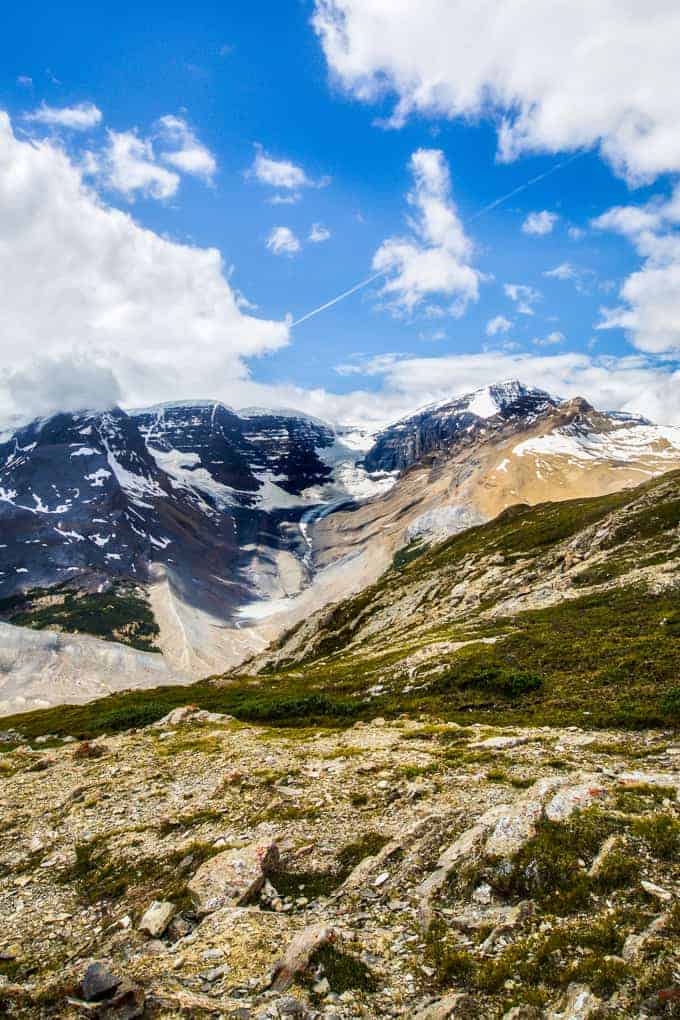 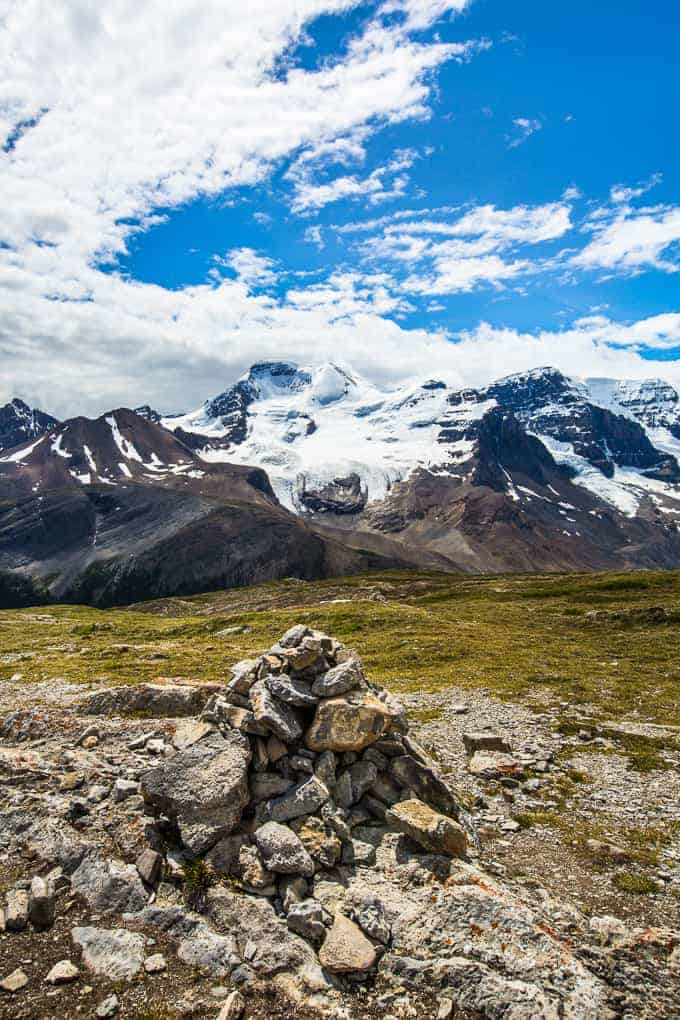 Instead of hiking right to the end of the pass, we took the trail that branches off to your left, and hiked out over to another overlook have a better view of the valley. Once the trail ends, you have a wonderful view of the glaciers hanging off of the mountains in the distance. 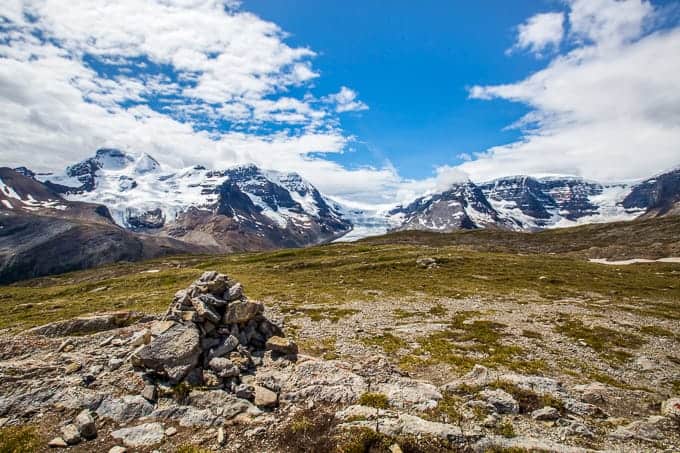 From there we decided we were up for more despite the complete lack of sleep. And we started up Mount Wilcox for the scrambling part of the route. 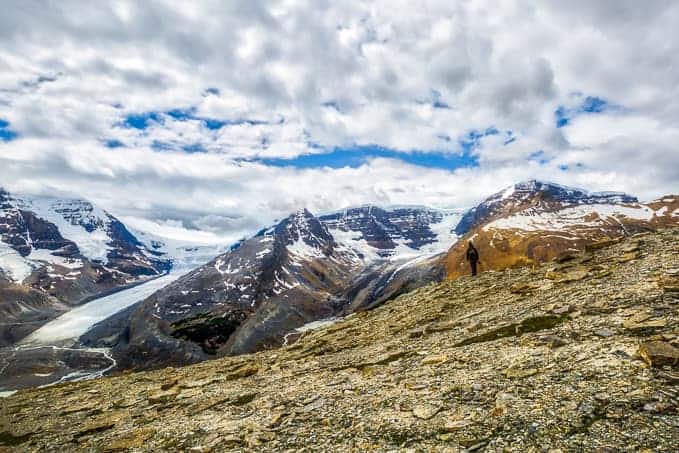 As a side note, scrambling Mount Wilcox is completely off trail and requires route finding. It’s sort of an ‘enter at your own risk’ situation, and it’s not over exaggerating to say that scrambling can cost you your life if you’re not experienced.

If you want more info about scrambling to the top of the peak, I’d recommend Alan Kane’s ‘Scrambling in the Canadian Rockies’. He gives great route finding info, and for us, we’ve come to know his rating system really well. And after scrambling several peaks, we’ve come to know that his rating of ‘moderate’ is our absolute max. The only thing I can really say if you’re interested in summiting is to know your limits, and if you feel even slightly uncomfortable, that’s the time you should be turning around!

We were close to the summit when a wicked storm started to blow in, and we beat a hasty retreat back down the mountain. Even though we missed the summit by a bit, the views were incredible, and we were super thankful not to have gotten caught in a lightning storm on all that exposed rock! 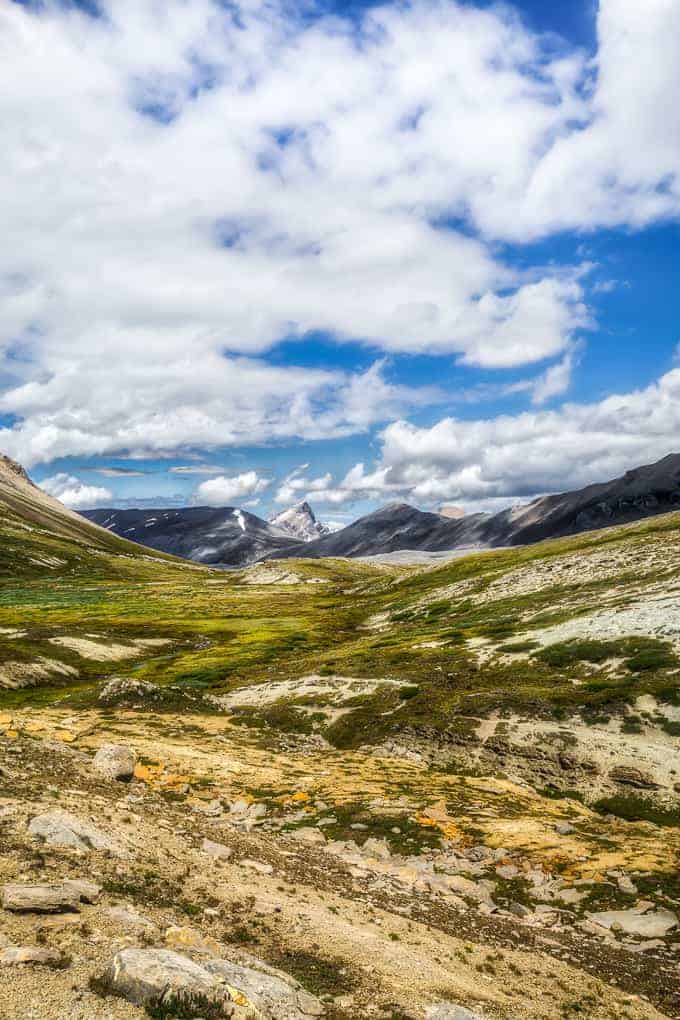 We also saw quite a few big horn rams along the way which made this day even better. And as we made our way back down the trail, we were happy we had an early start because things were getting really busy. So if you love breathtaking views, this hike is definitely a fantastic adventure, but leave early to avoid the crowds. (Which I guess probably weren’t that bad, I’m just used to not seeing much of anyone when were out and about.)