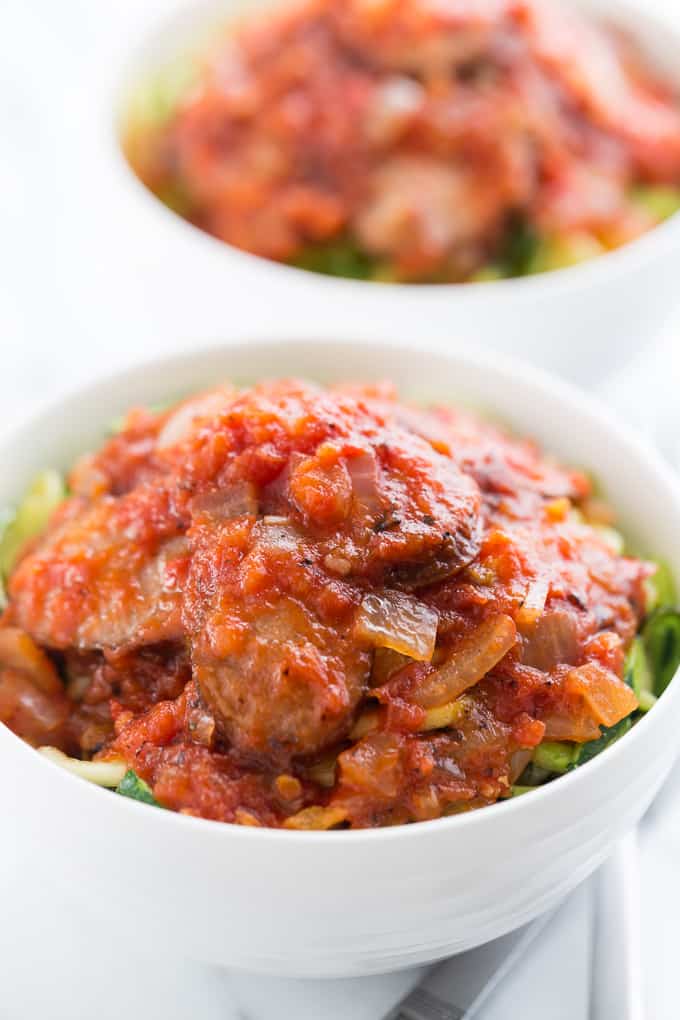 One of my favorite ways to make a fast and flavorful spaghetti sauce is to use sausage in place of the usual ground beef. It has all it’s own spices and flavors built right in, which means way less ingredients without compromising on flavor! Normally I just use Italian sausage, but it finally occurred to me to change it up a bit and use andouille sausage instead for a little Creole flavored flair!

While the sauce simmers, you’ll have plenty of time to make the zucchini noodles and do a little kitchen cleanup! I love dinners that are so simple there’s time to clean up as you go. I’m just your typical cook that hates to do dishes, so I’m always looking for ways to make things easier! 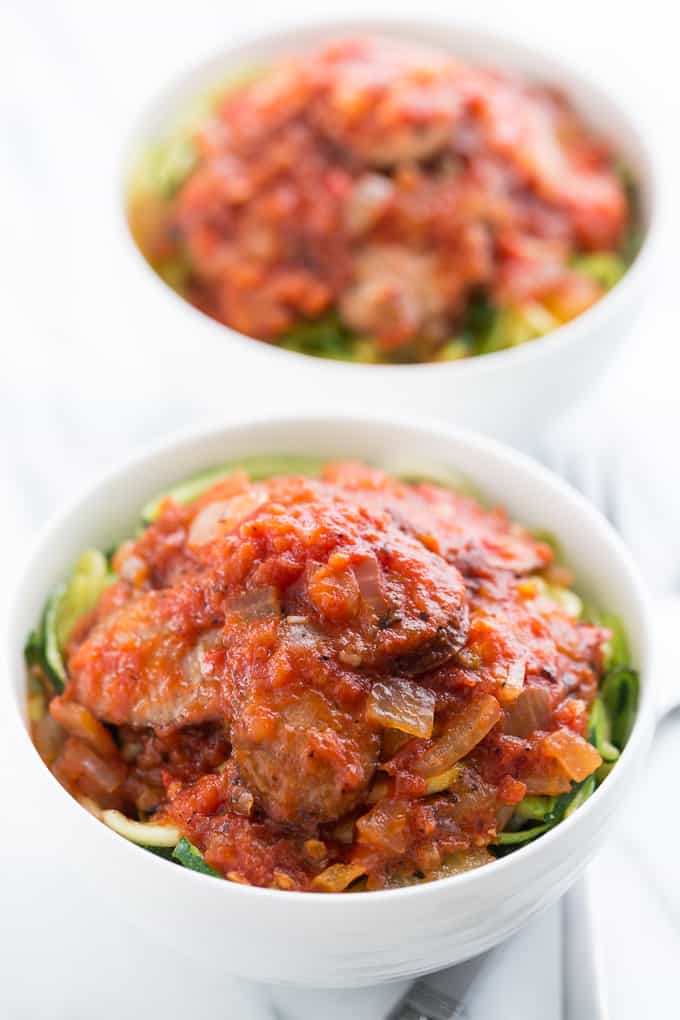 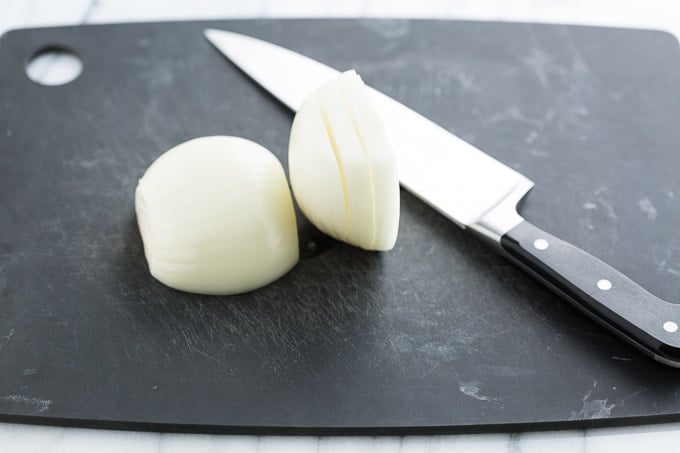 To chop up an onion, start by cutting off both ends and peeling away the tough outer layer. Next, cut the onion in half from the top to the bottom. Make two cuts almost all the way to the core but not slicing through, keeping the onion half in tact. 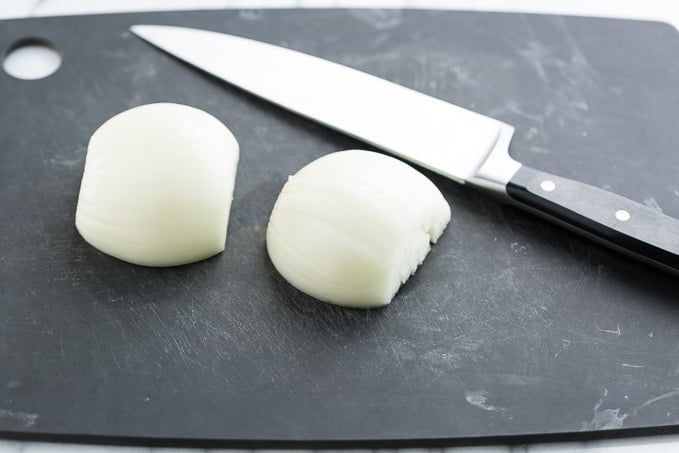 Then, lay the onion half flat side down on the cutting board and make cuts across the rounded top in 1/4″ spacing, once again not cutting all the way through the core end. That little bit at the core end is what holds the onion together while you’re cutting it. 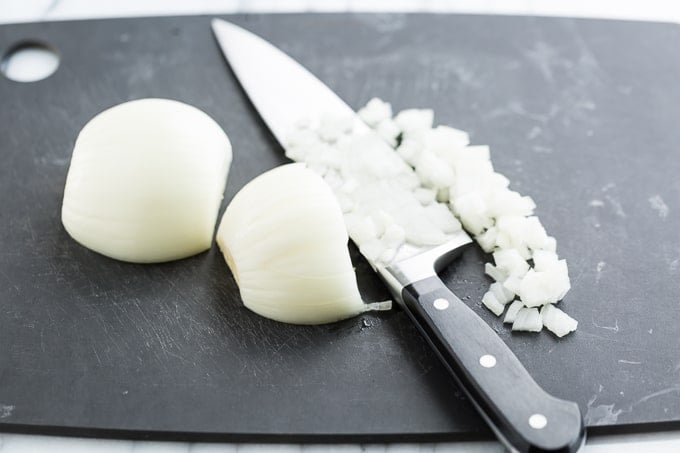 Finally cut across the slices to make a small dice. Once you learn to cut an onion up this way, you won’t believe how much it will speed things up! 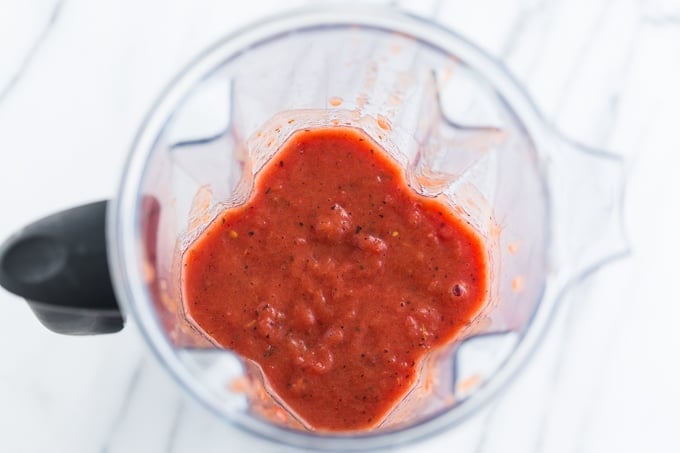 I’m currently having a ‘thing’ for fire roasted tomatoes! They add another layer of flavor to the overall dish without any extra effort, which is always a plus! If find it easiest to pour a the can of fire roasted tomatoes into the blender for a quick blend rather than crushing them by hand. 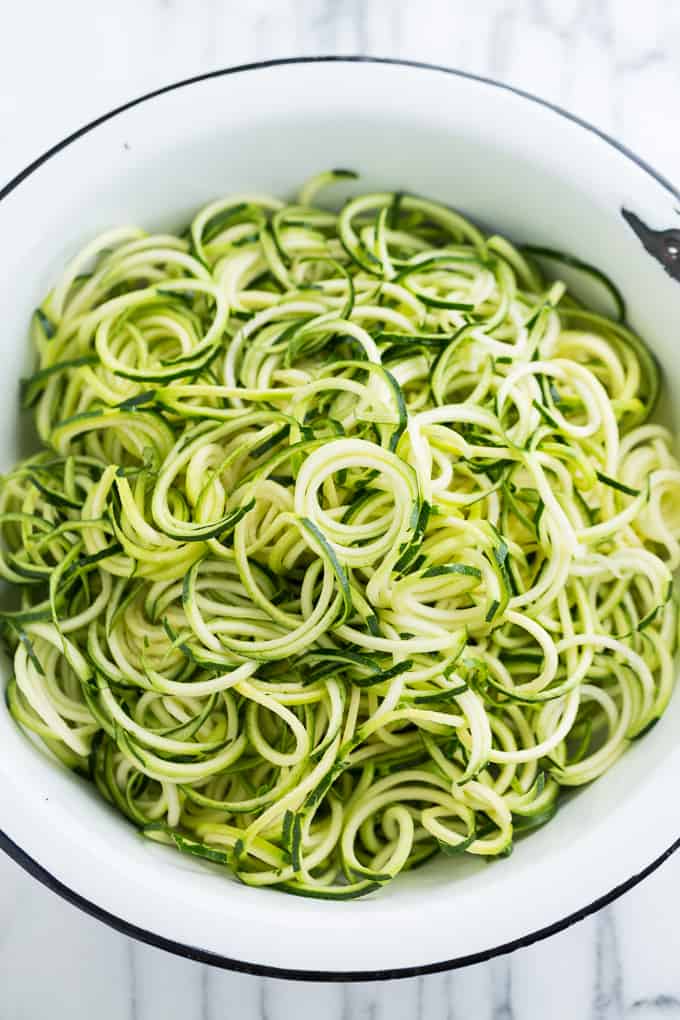 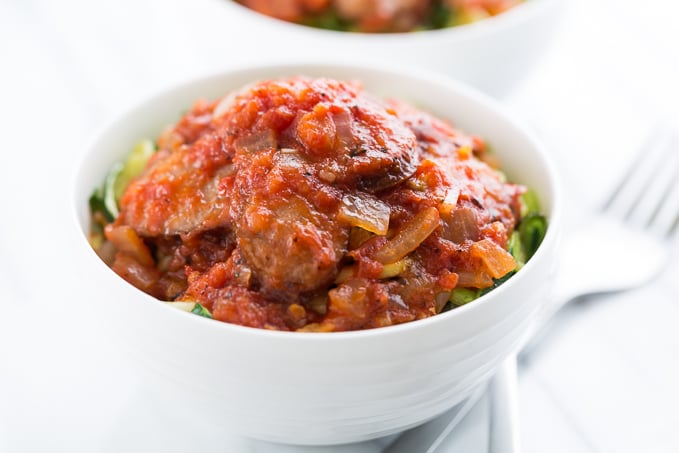 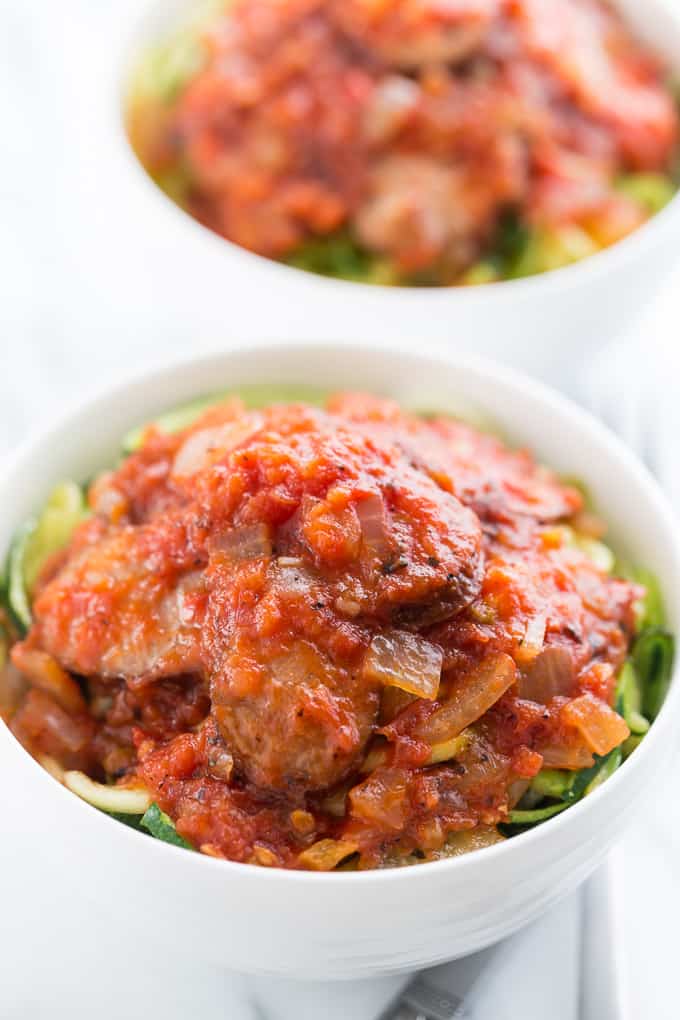 Even though I love to cook more than most everything else, simple dinners are my number one go-to! The facts are time is always at a premium, and simplicity helps take the load off, especially during the work week.