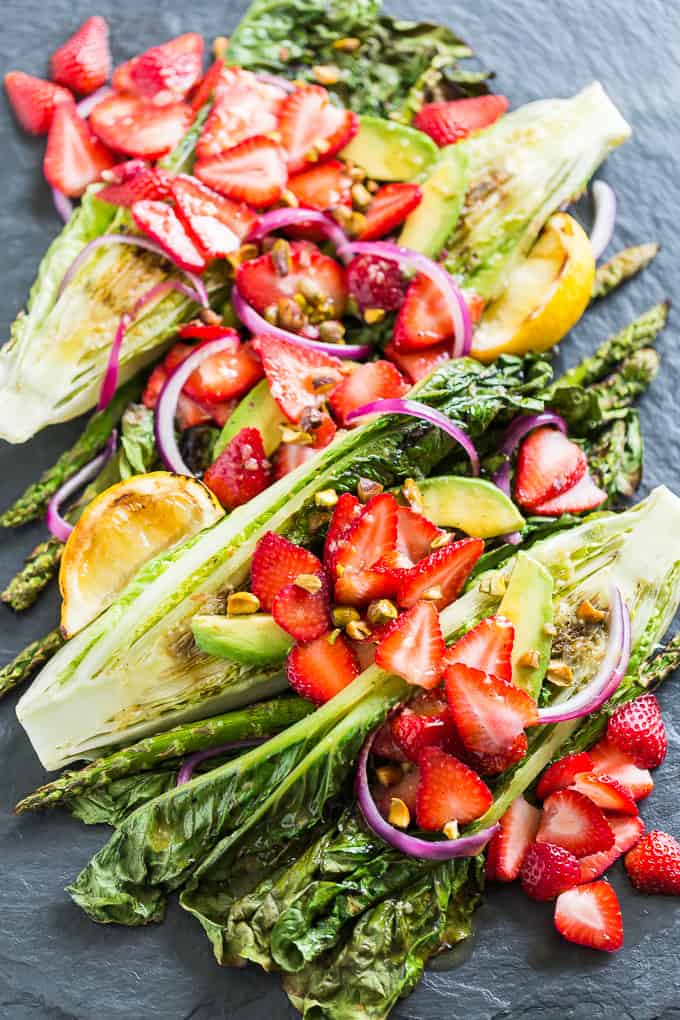 This recipe was inspired by a request for a salad with grilled romaine. I had a salad once in a restaurant that had grilled romaine in it, and it was so awesome! But somehow I’ve just never translated the concept into my at home cooking.

So I’m so glad I had this request because it’s high time to add grilled romaine to the repertoire. Just a few minutes on the grill turns ordinary lettuce into something special. A slightly smoky grill flavor adds a lot to this spring salad, and to play on that a little more, I grilled some of the other ingredients too.

Both asparagus and lemon are fantastic on the grill, so I added them on in as well as some red onion. And pretty soon, I was getting out of control, (as it often happens during recipe development). So I reigned it in and resisted the temptation to add too much to this simple salad. 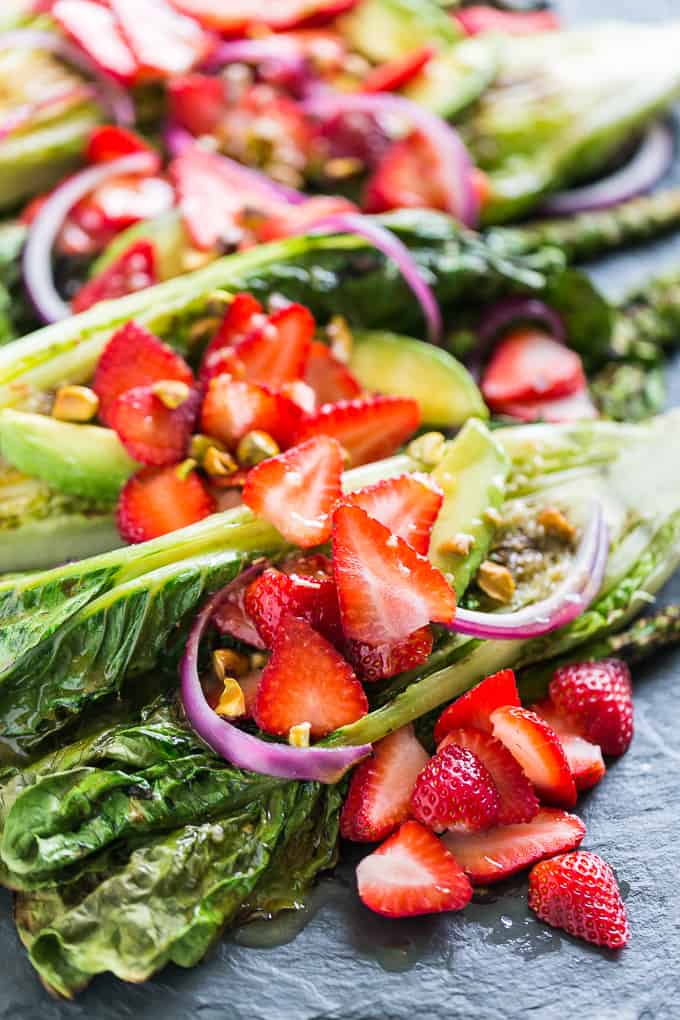 There’s juicy sweet strawberries and creamy avocado in there too to add some freshness. 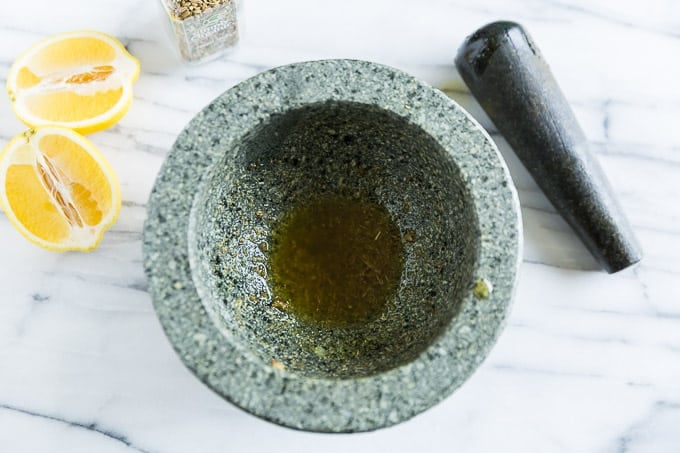 The dressing has ground up fennel seeds in it which I promise you’re going to fall in love with! I used my mortar and pestle which is super handy to make dressing in, but if you don’t have one just use ground fennel instead of the whole seeds. 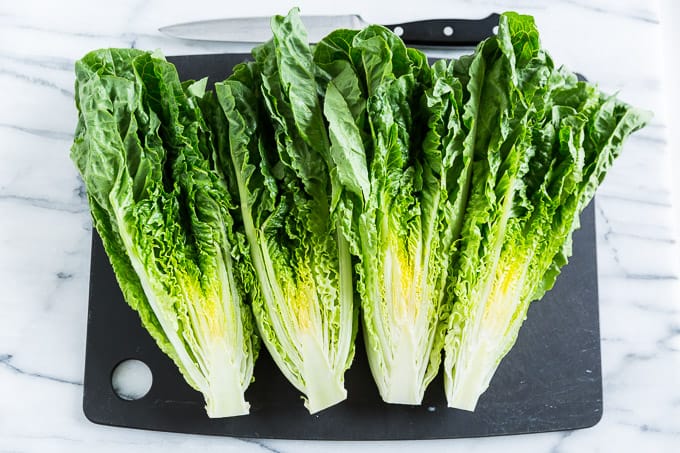 For the romaine, you want it to be halved so you can wash it, and it also needs to be thoroughly dried, or it will steam on the grill instead of lightly char.

Tip: Make dinner time easier by throwing your choice of protein on the grill while you’re grilling the salad! 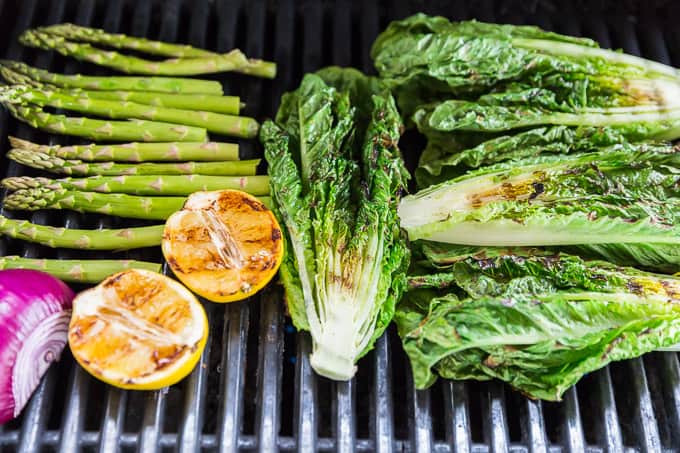 I pile everything on the grill all at once… 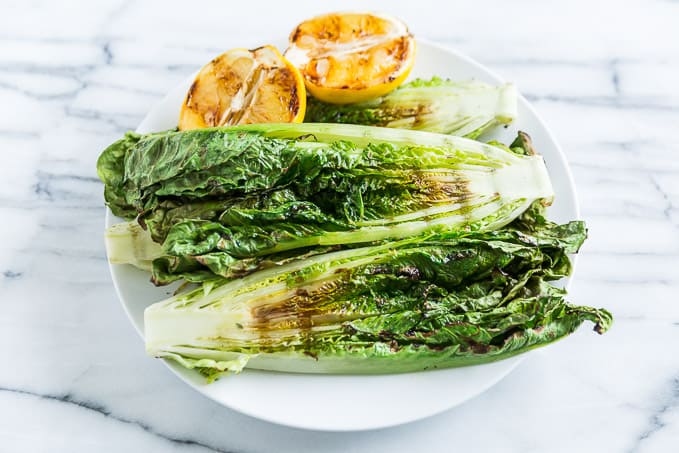 … and the lemon and lettuce get done in just a few minutes. So I remove them and let the asparagus and red onion cook for a bit longer. 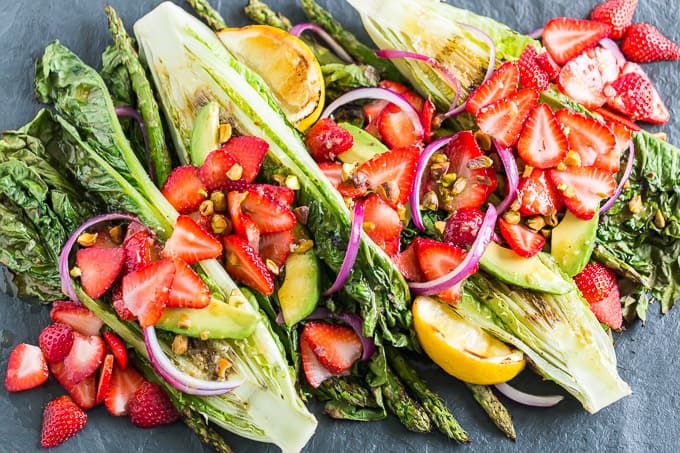 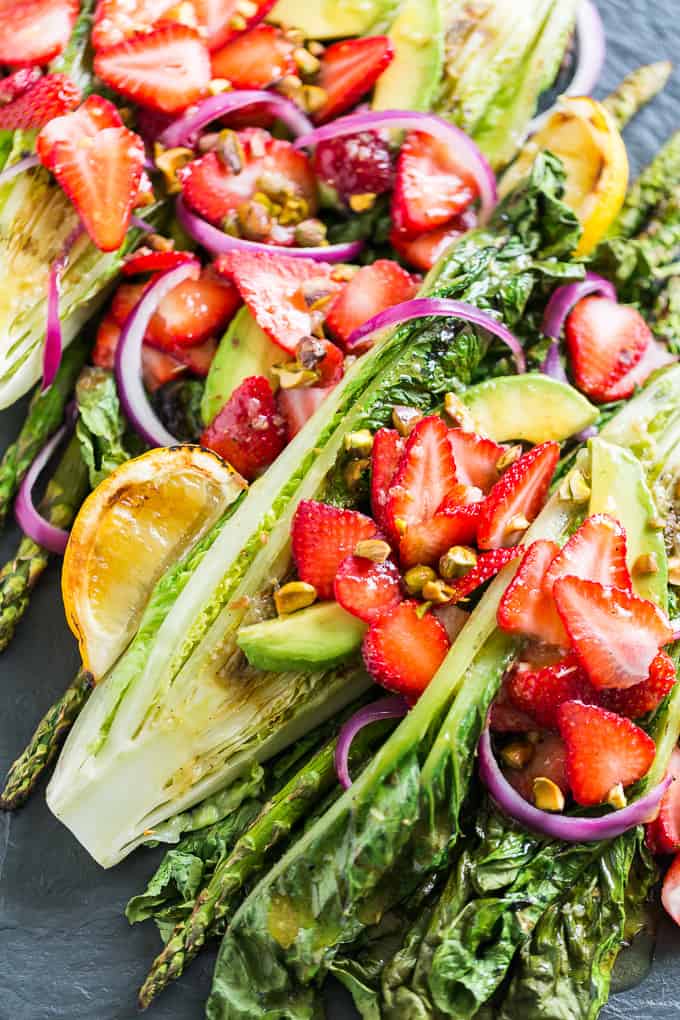 Next up you can cut up the lettuce and asparagus into bite sized pieces for ease of eating. You can also go for the artistic look, and lay it all out on a serving platter, or in this case a piece of slate. Then arrange the extra ingredients over the lettuce and drizzle the dressing over the top.

This salad is easy to pair with a simple grilled chicken/steak or any other protein you’d like. You can also eat it as is for a light refreshing meal, which is a welcome relief when you’ve been recipe testing Strawberry Cake Doughnuts (recipe coming soon) that day. (And maybe… just maybe I ate too many since they were delicious!)

4 thoughts on “Grilled Romaine Salad with Strawberries and Fennel Vinaigrette”