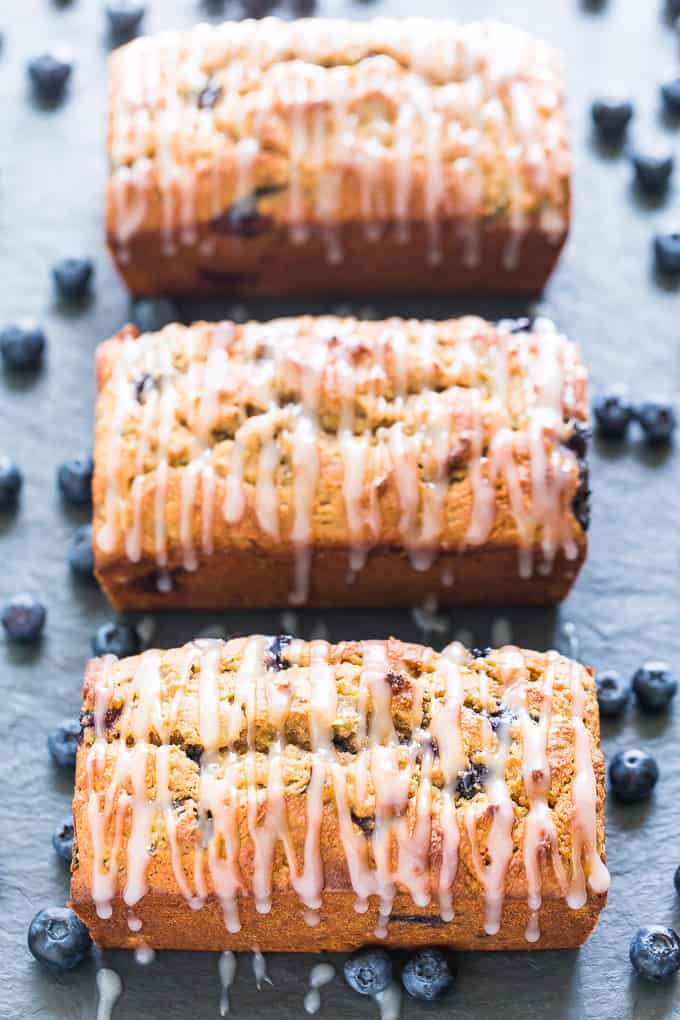 There’s something about the weekend that always calls out for baked goods. Lazy mornings with coffee, and something sweet to nibble on, are one of my favorite things to do in life. Whether we’re at home or out camping in nature, I try and have one morning a week where I’m not tearing off in a hurry to get a million things done.

This past weekend we took this Zucchini Bread with us to Glacier National Park. And in the interest of slow mornings, we’ve picked up a new hobby – time lapsing. The basic principle of time lapse photography is to set the camera up to catch and entire sunrise/sunset or something of interest. The camera will take hundreds or even thousands of photos which later you mesh all together to create a high definition video. It’s amazing to watch an entire sunset compressed into just a few seconds!

What we both love about setting up for a time lapse, is that the camera just clicks away while we have a lazy morning. Once it’s all set up, I use our Jet Boil stove to make pour over coffee, (the easiest and tastiest camp coffee I’ve ever had) and then we break out the baked goods while we watch the sunrise for a couple of hours. 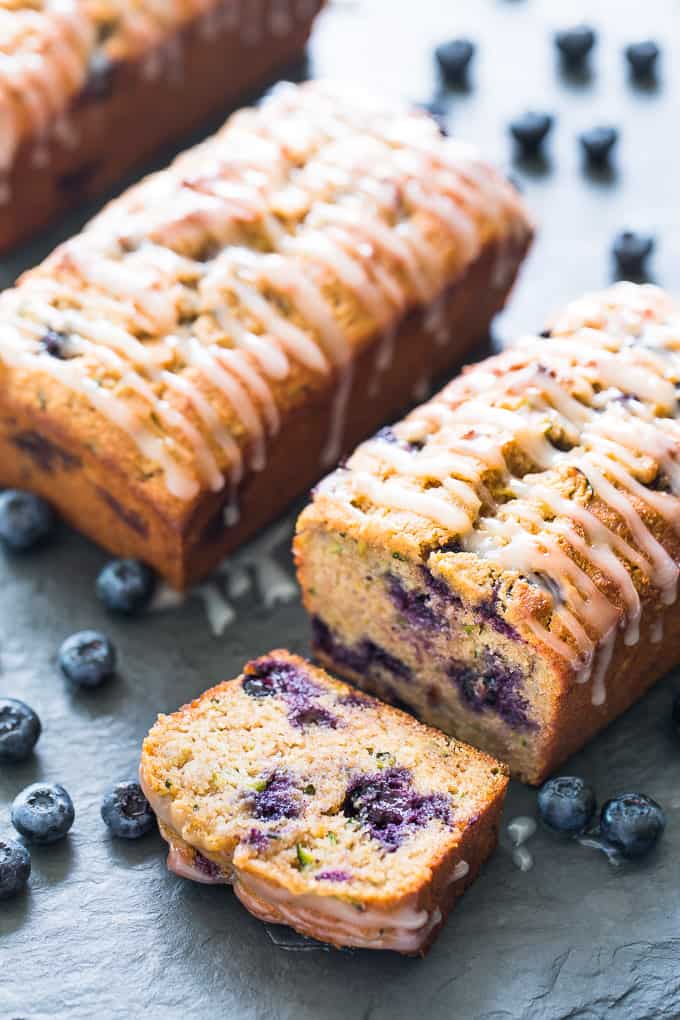 This is a far cry from how we usually roll on a weekend which usually goes more like this: wake up in the dark to get to your sunrise location in time. Next we’ll set up and take pictures off and on for hours, while the sun rises, trying to catch the ultimate moment.

Then we’ll eat something real quick before staring off on the day’s hike, and we usually don’t get back until just in time for sunset. After getting sunset shots, we’ll make dinner on the side of the road somewhere in the dark, before getting set up for star shots and the milky way.

Entire weekends and vacations used to pass like this, barely getting a few hours sleep, and never slowing down to catch our breath. And while it’s exhilarating, it’s also exhausting! So we’ve made an effort to slow down, (just a little) and take some time to enjoy the moment, instead of always capturing the moment. 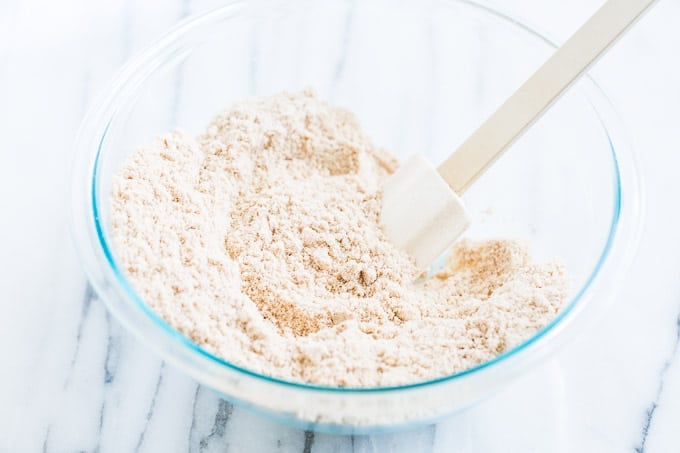 It’s funny how homemade baked goods have the power to turn back time to a slower era, where people took the time to enjoy the small things in life. And while I might just be overly nostalgic, I still think savoring the small things like a cup of hot coffee and a slice of zucchini bread, are the kinds of experiences that make it all worth while! 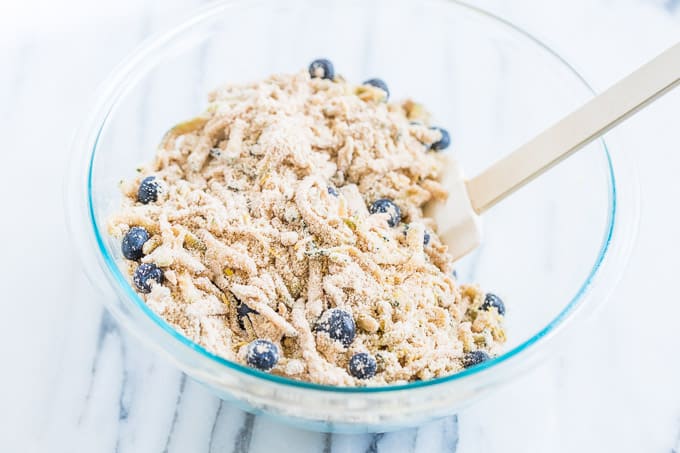 In the spirit of enjoying the small things, as usual, I tried to keep this recipe as simple as possible. The dry ingredients are mixed together, then the grated zucchini and blueberries are folded in before adding the wet ingredients – no mixer required. 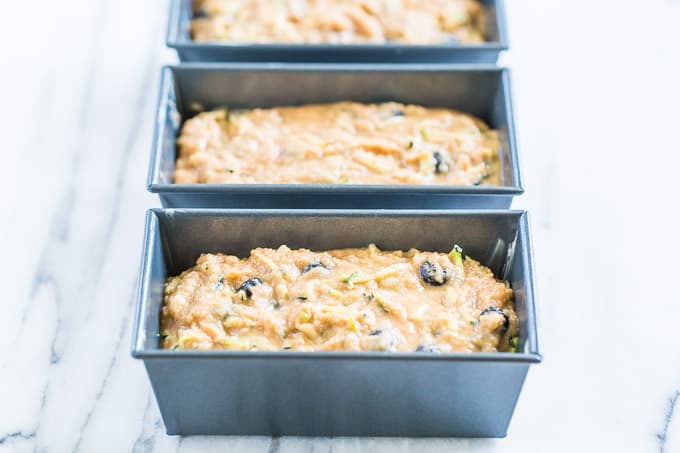 I used mini loaf pans in this recipe for several reasons: 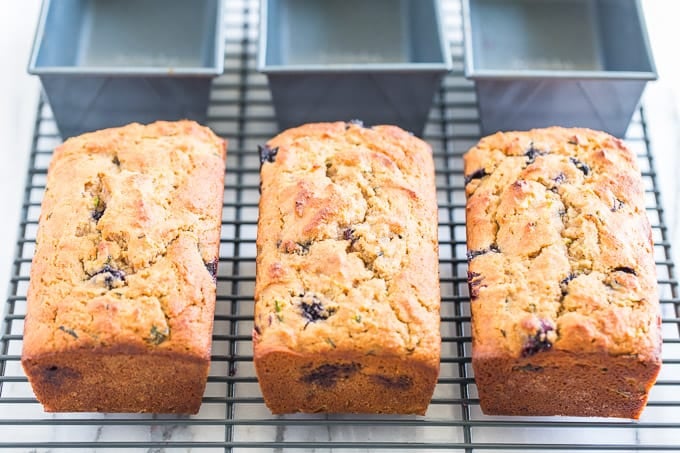 This zucchini bread is great on it’s own, but it’s also really good with the lemon glaze which really compliments the blueberries. 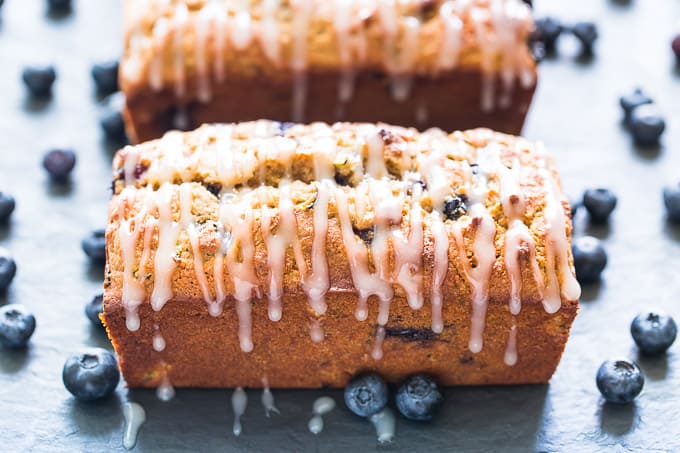 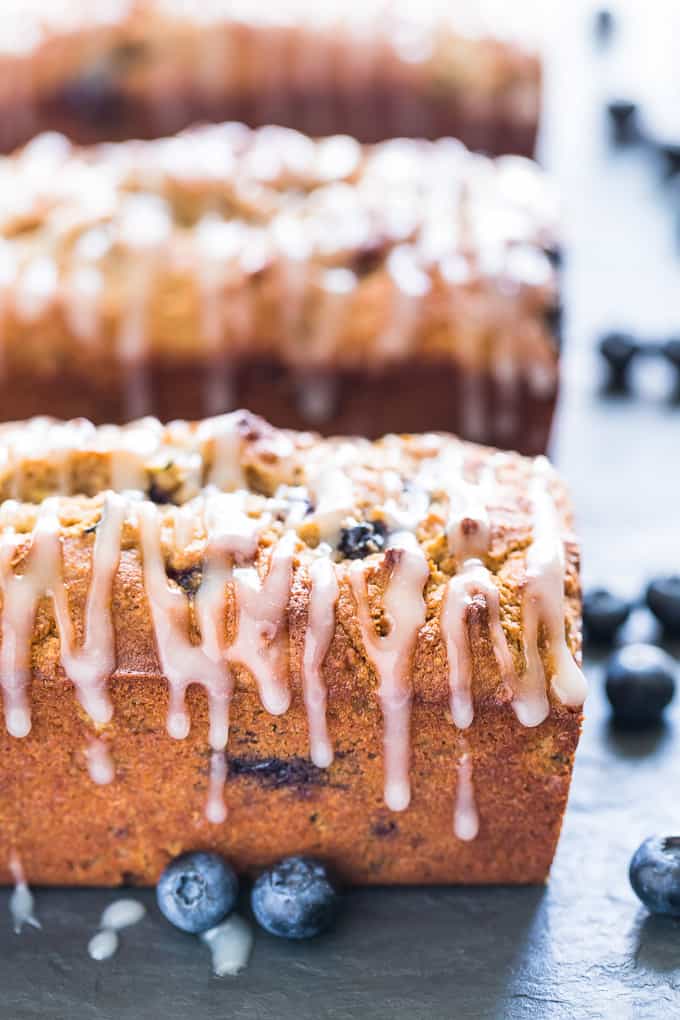 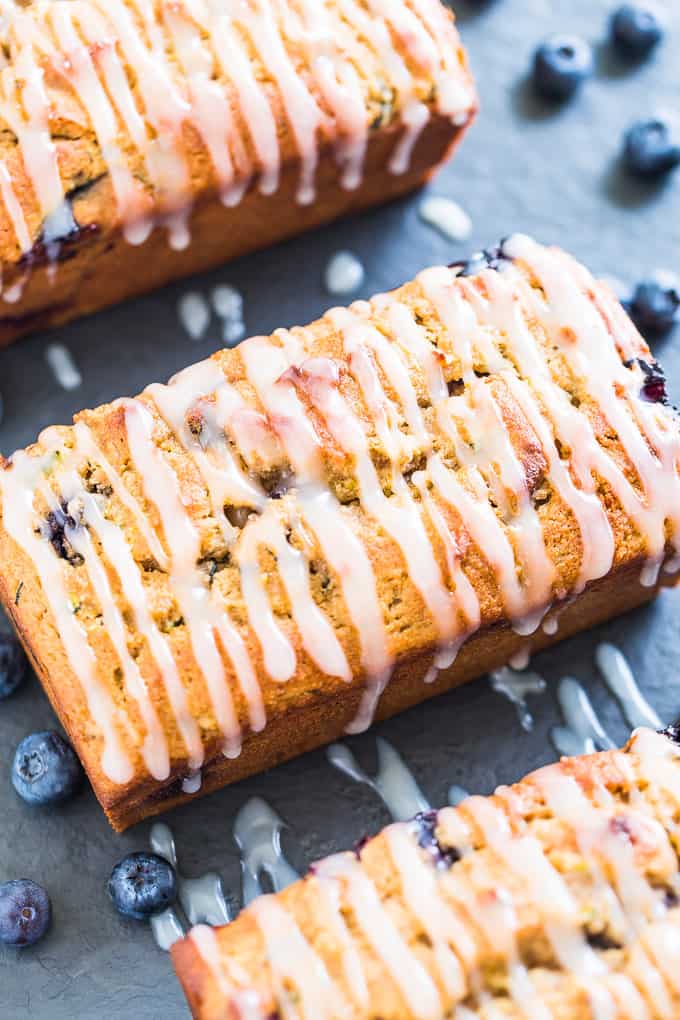 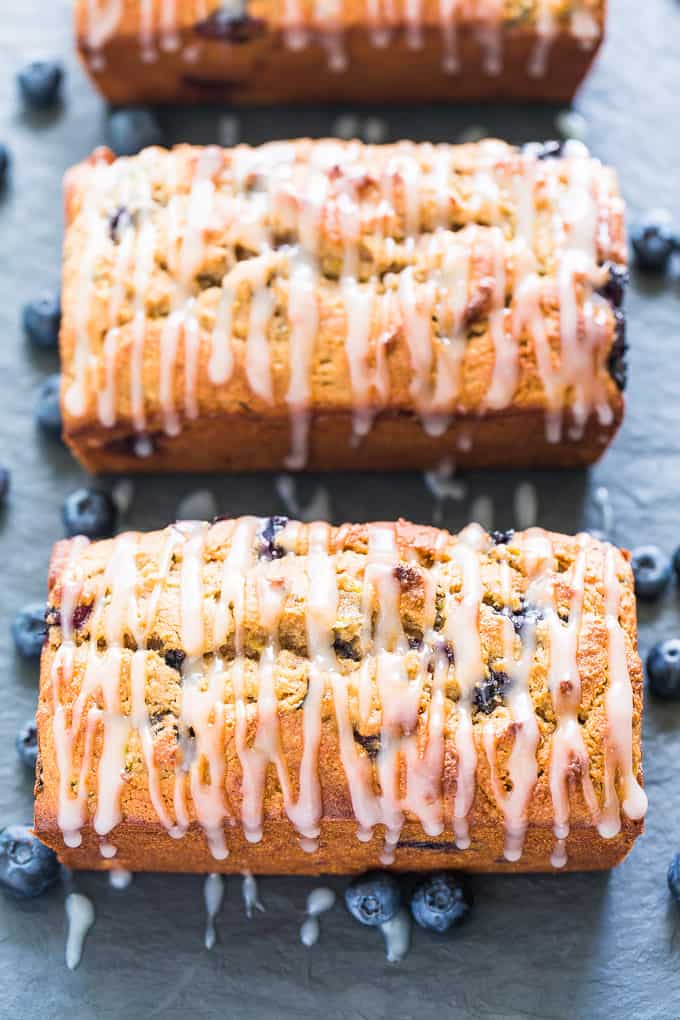 So here’s to slow weekend mornings and enjoying the little things in life!