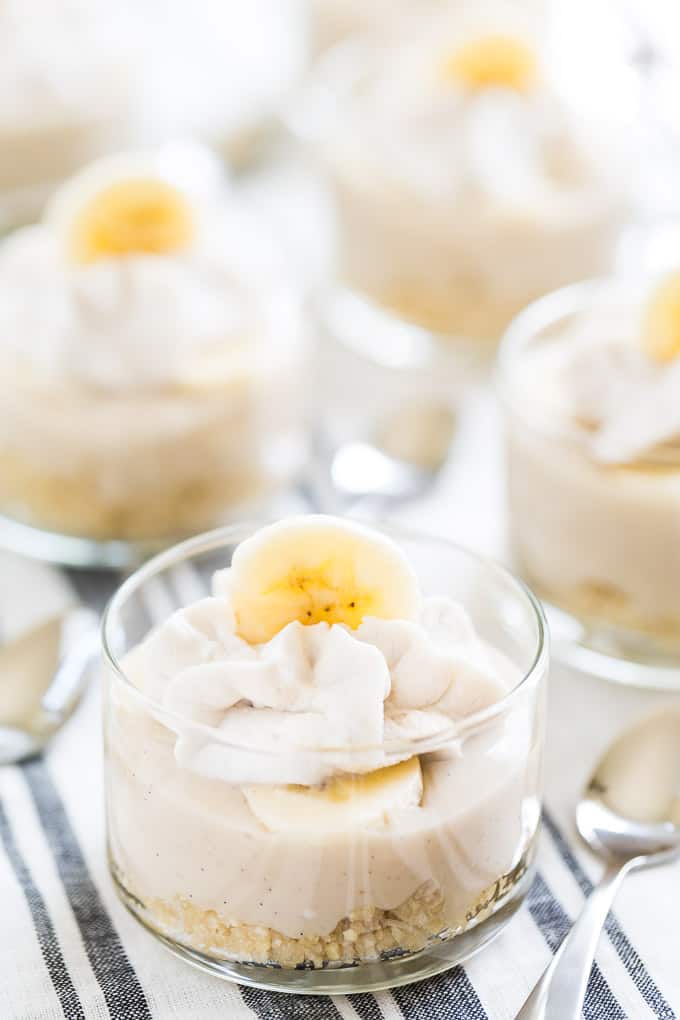 This morning started off just like any other regular work day in the country. We got up in the dark, made scrambled eggs and coffee before my husband headed off to work just before sunrise. However this morning he got a serious surprise on the way out to his truck.

I had just locked the door behind him and headed back up the stairs, when all of a sudden there’s a pounding on the door. I ran back to see him wide-eyed at the door, and when I let him in he told me there was a skunk literally running right up the driveway at him, so he turned tail and ran back to the house!

There’s nothing like a skunk encounter to get your blood moving that’s for sure! I know it sounds silly considering I live in an area with giant wolves and grizzly bears, but ultimately I’m really afraid of skunks (or to be more accurate, I’m afraid of getting sprayed by one). And because we live along a river, there’s a lot of them around here. We’re always on the lookout when we go on evening walks after sunset in the nearby golf course because they’re everywhere! 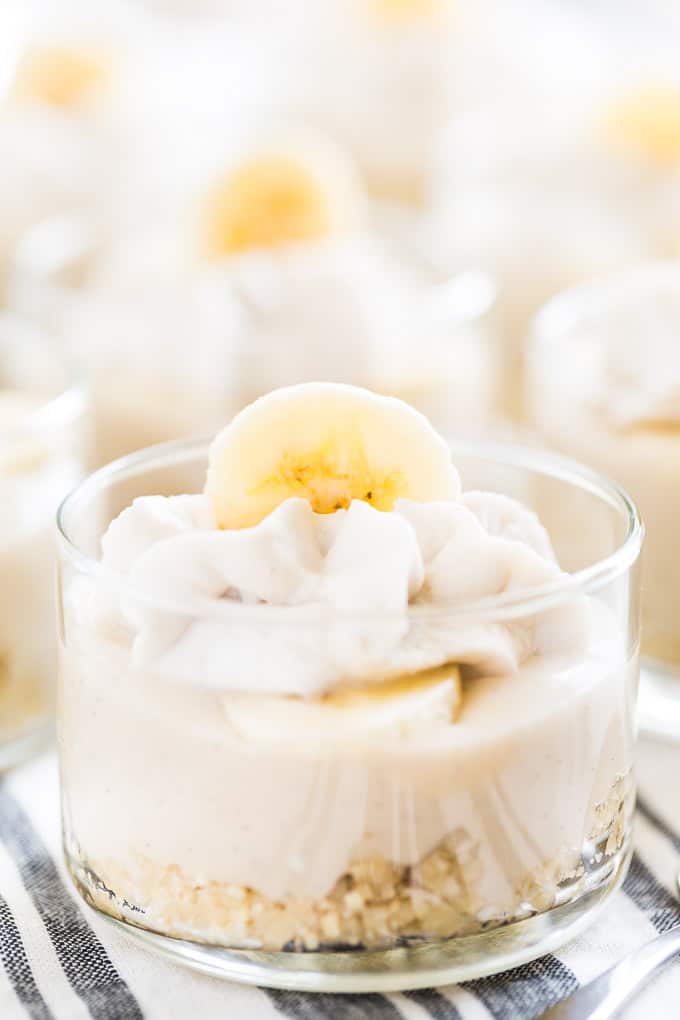 Not that that has anything to do with banana cream pie whatsoever, other than it just happened, and now I’m sipping my coffee with a few bites of this pie. I just made my 4th batch of this pie, and put it into mason jars to take with us camping this weekend.

You can make this pie several different ways as you’ll see below, but nothing beats homemade pie in the wilderness that’s for sure. I can barely wait for tonight when I’ll be sitting by a campfire, (my first of the season) and eating Banana Cream Pie. Then we’ll be heading out of our campsite to take pics of the giant harvest moon that will be out tonight! 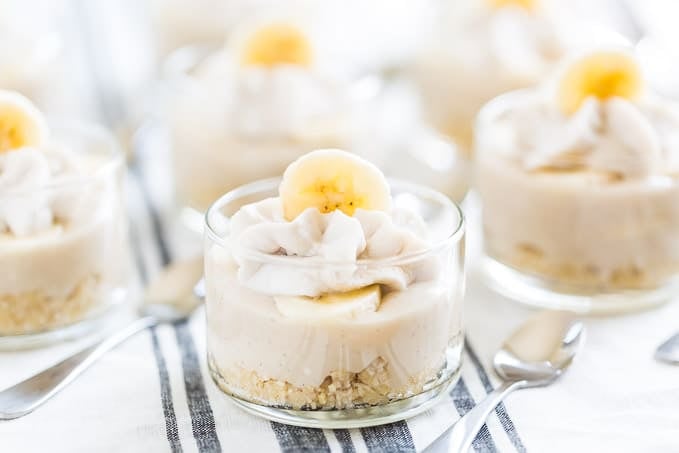 I’ve had lots of questions about what we eat when we’re on the road and camping, so here’s the weekend menu:

Friday night: The classic Italian dish Penne alla Vodka with 100% brown rice gluten free pasta from Delallo and their pre-made Creamy Vodka sauce which is so good. We alternate between this one and their tomato basil, and we always bring along some pre-grilled chicken and cooked veggies to add to the sauce. Then we’ll finish it all up with this Banana Cream Pie by a campfire.

Saturday morning: Pumpkin Spice Streusel Muffins, (recipe coming next week) and Italian Sausage Egg Bake with pour over coffee. Pour over coffee is the easiest way to make coffee on the road, especially when you don’t always have a sink or running water.

Saturday snack: A few pounds of cubed up watermelon is our favorite snack to rehydrate after hiking.

Saturday dinner, (back at home): Grilled Chicken Caesar and of course some more Banana Cream Pie.

I’ve been keeping track of our meals so I can do a bigger camping post on what we usually take along, especially for longer adventures. 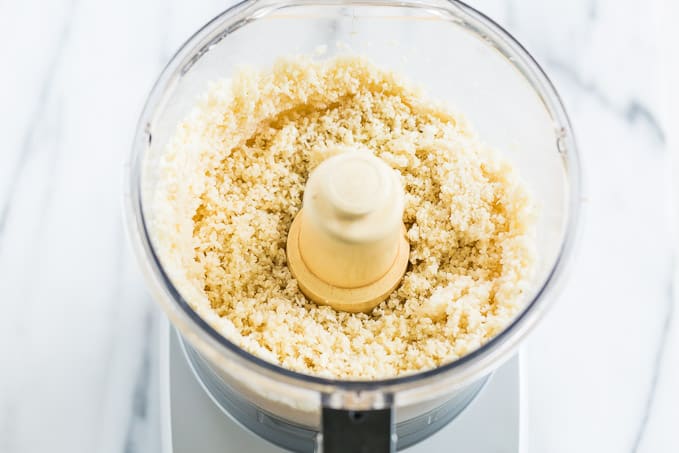 Ok… so on to the pie making! There’s almost no cooking involved at all in this pie and no oven time at all. Another bonus is there’s definitely no pie crust rolling/par baking business to deal with.

You just put the nuts and coconut in a food processor and get it to the texture you like, see above photo. 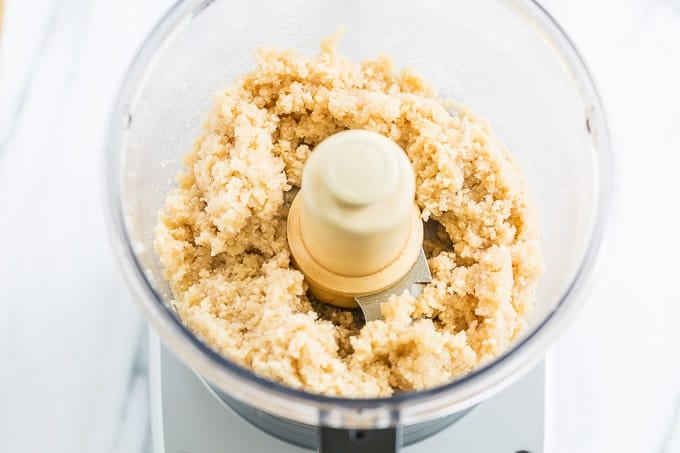 Then you add a touch of maple syrup and vanilla, and you end up with a cookie dough like crust. 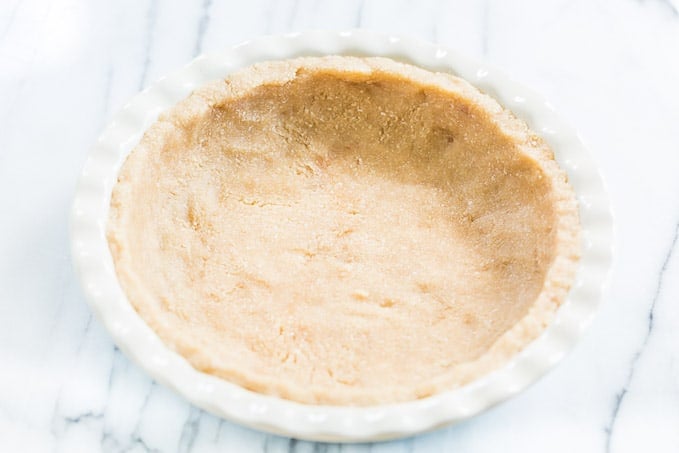 From there that’s where all the options start: 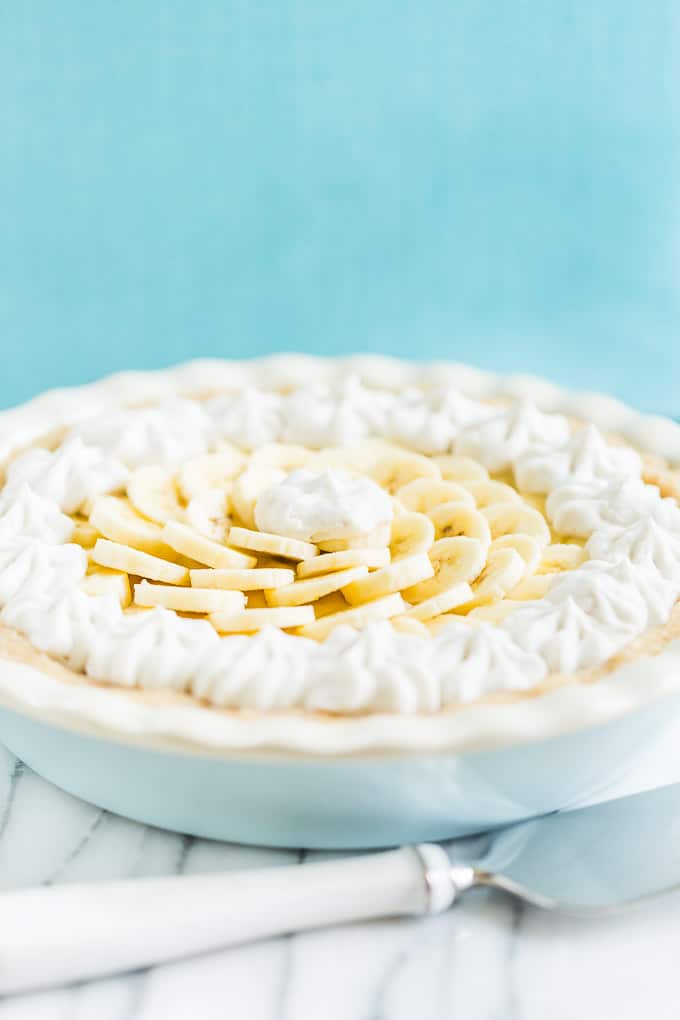 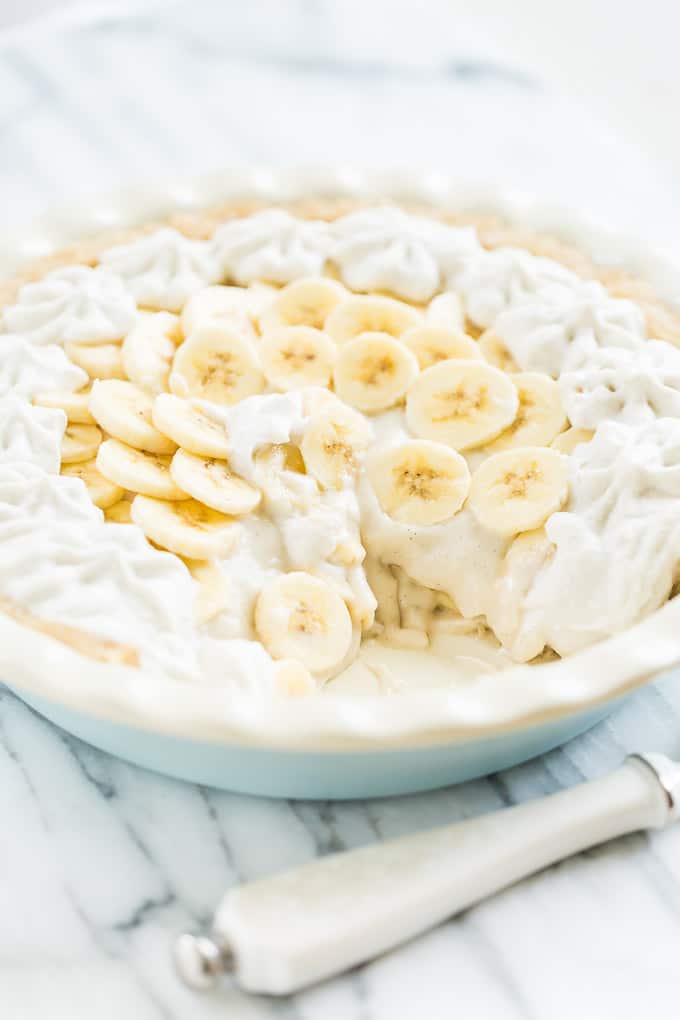 If you do go with the traditional pie route, it takes a full 8 hours to set up. The above picture was taken after about 4 hours in the fridge and the crust was still a little too fragile, but after 8 hours the pieces of pie actually held together on the plate.

So if you’re in a bit of a hurry, I’d recommend the small glass bowls because they set up quickly, and it’s really pretty to see the pie through the side of the dish.

Very few nuts are truly raw, I just specified raw to indicate that they’re not toasted. Cashew pieces are usually sold in bulk at health food stores and are much cheaper than whole cashews.