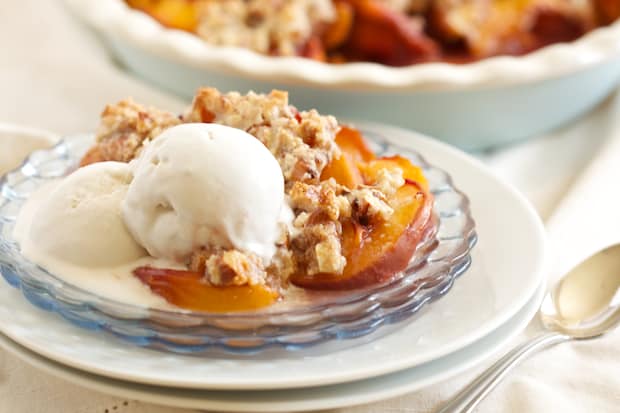 There is something about warm, spicy peach juices mingling with melted ice cream that just says, summer! Now… I love pies and cobblers but there’s something about a crunchy crisp topping that makes baked fruit so delicious. I’ll let you in on a secret: I make a big batch of crisp topping for the freezer so that I can have fruit crisp at a moments notice. 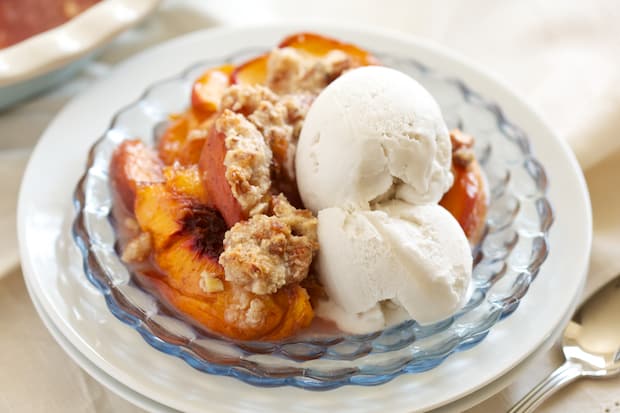 Another hint: you’ll want to portion the crisp topping and then freeze it, because the topping will be one solid mass and you don’t want to defrost the whole thing. 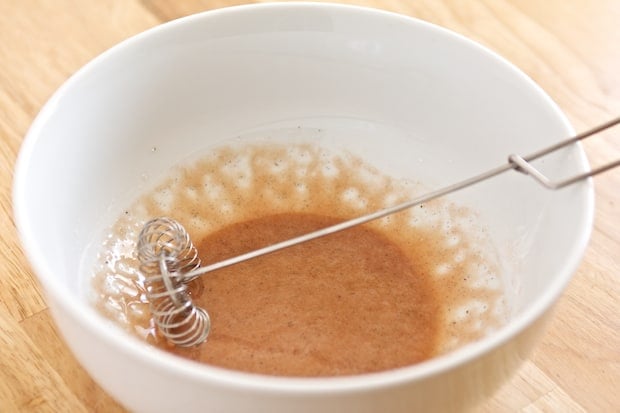 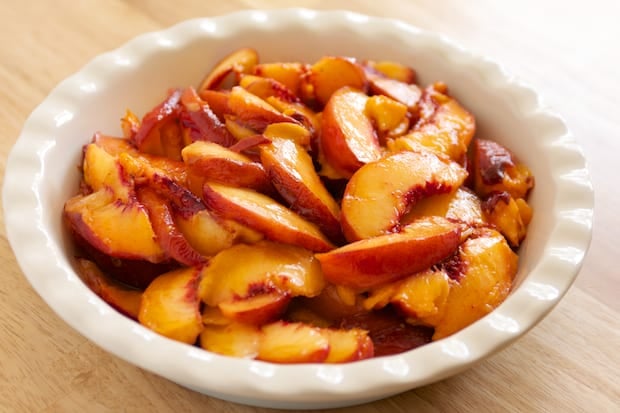 I used a deep dish pie pan this time, but it also fits a 2.2 quart pyrex baking dish. 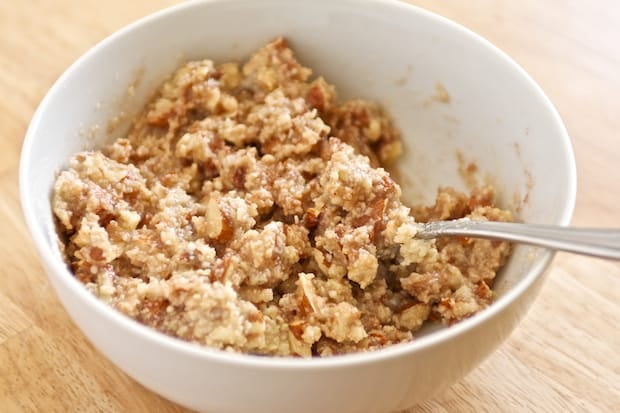 Mix together all the ingredients for the topping. This topping is much stickier than a normal crisp topping, so don’t worry it’s supposed to be that way. 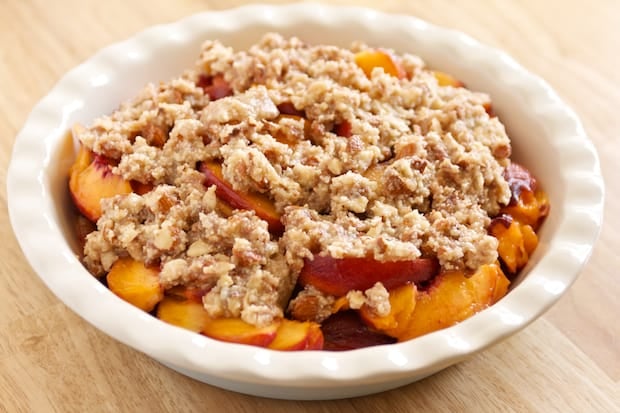 Spoon the topping as evenly as possible over the peaches. 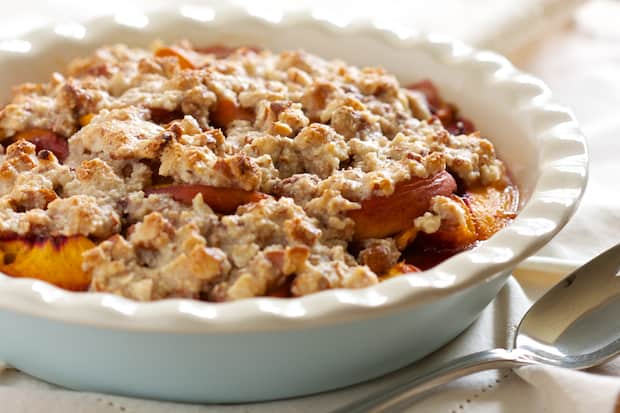 Bake until the peach juices are bubbling around the edges. Place it on the counter to cool, and inhale the aroma. Next, decide that it’s too long of a wait and dive right in, after all the melting ice cream is one of the best parts! 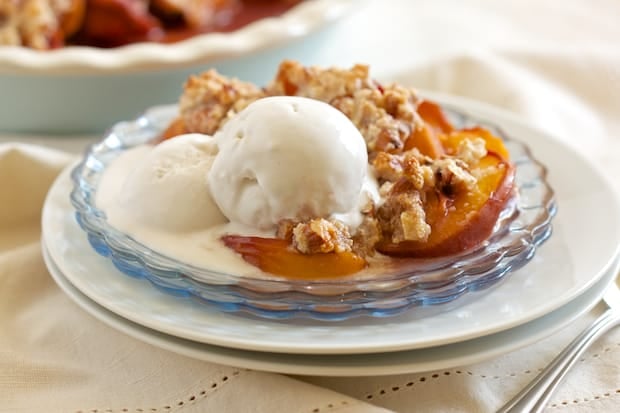 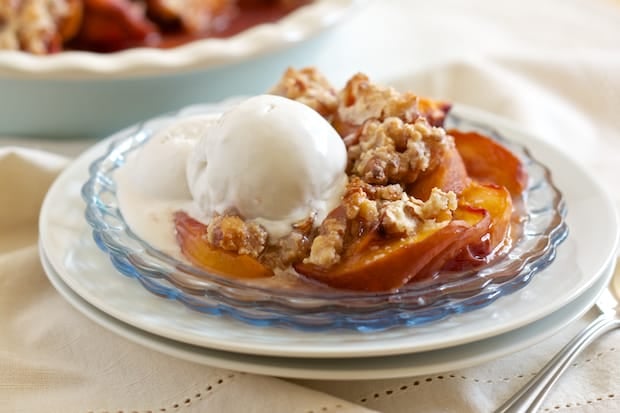 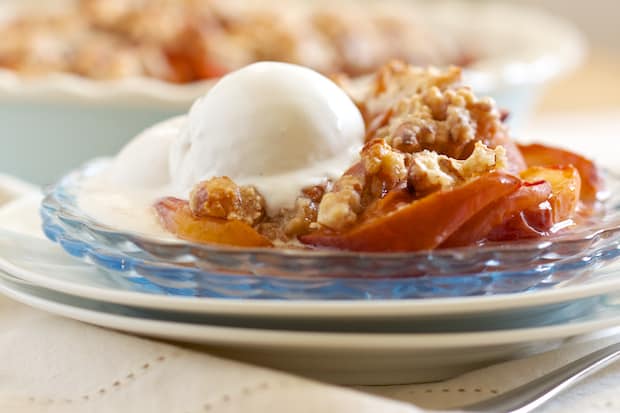 I was a little wary at first to pair this Peach Crisp with Homemade Coconut Ice Cream (vanilla is a more likely choice), but I can assure you it’s a great match!