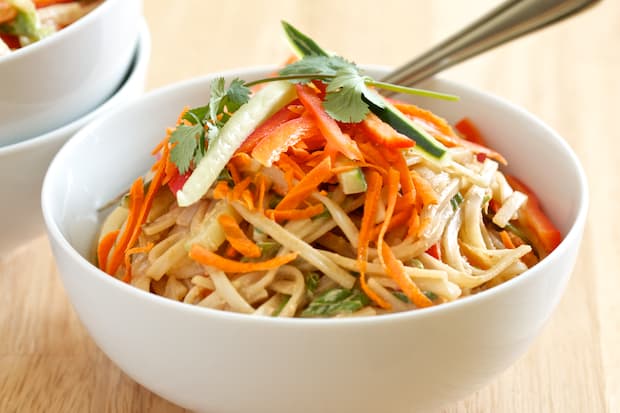 I love Sesame Noodles in the summer! A tangle of noodles and vegetables coated in a nutty sauce with hints of garlic and ginger, all topped with fresh cilantro and green onions. This isn’t entirely authentic, but I love adding fresh vegetable and herbs to my Sesame Noodles. Not only does it make a well rounded meal out of them, but I also like them better this way. 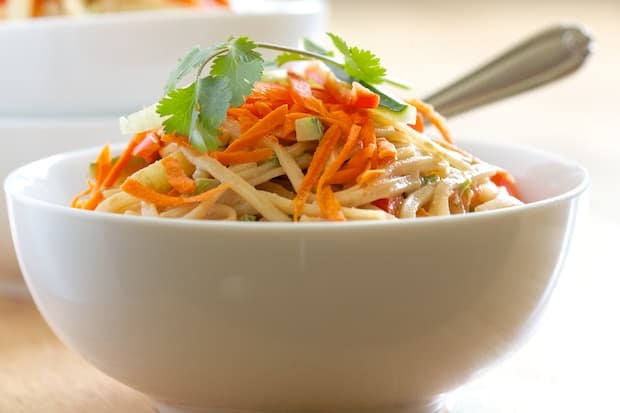 I never get tired of these noodles and I’ve been known to eat them for breakfast, (better than cold pizza, but that’s just my opinion)! I love the sesame, ginger, combination so much that I’m making a salad dressing with them – you know, just to branch out from my current Sesame Noodle addiction. 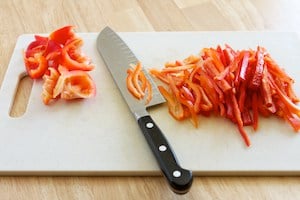 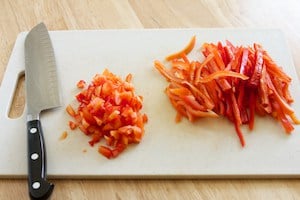 Getting Started: to make bell peppers into matchsticks, first cut them in half and then de-seed. Next, cut off the rounded ends. Cut the flat pieces into thin strips. I like to use the leftover pieces for breakfast in my scrambled eggs. 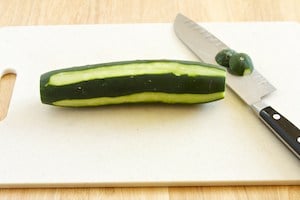 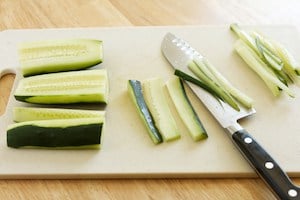 Peel 4 strips off each cucumber if the skin is thick, so that it’s not so chewy. Split them in half lengthwise, and then each half into quarters. Finally, cut them lengthwise into thin strips.

Tip #1: To save time, you can run all the vegetables through the grater attachment on a food processor. 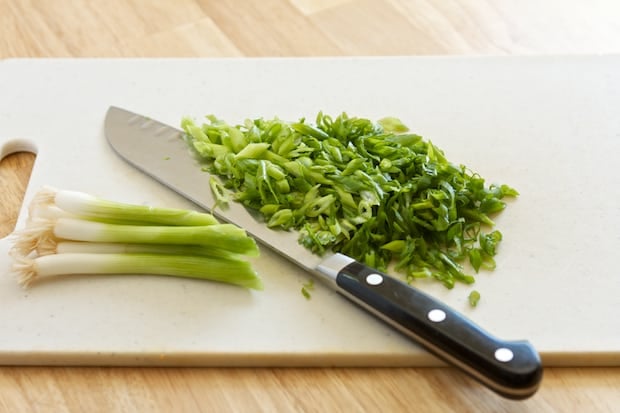 To cut your green onions on the bias; cut them diagonally – about 45 degrees. 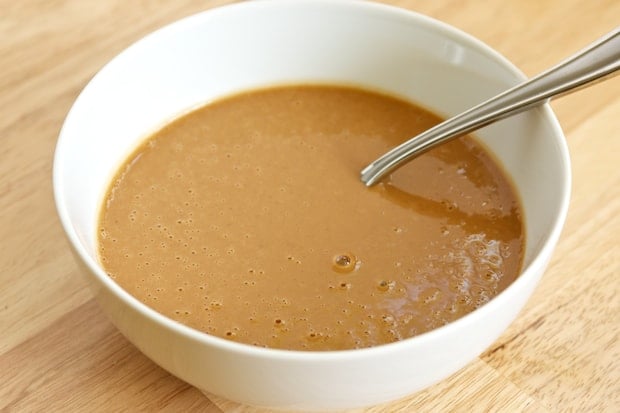 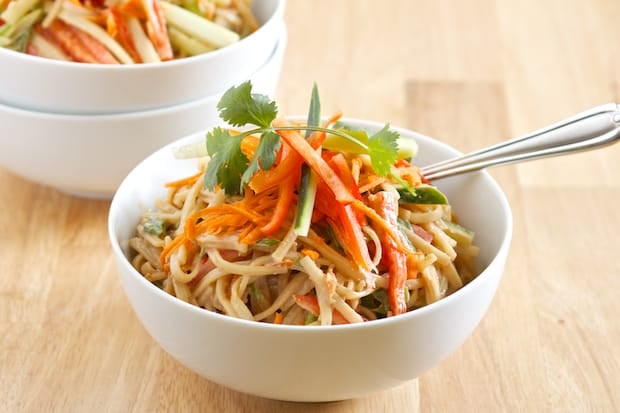 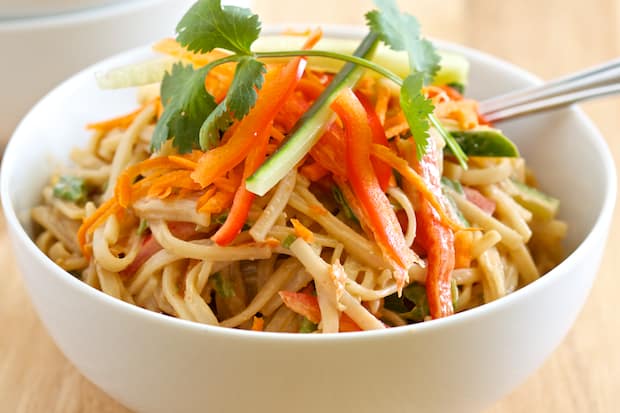 Tip#2: You can store the vegetables, noodles, and sauce separately for a few hours until your ready to serve. The noodles keep better if you toss them with a tablespoon or two of olive oil or sesame oil.

For leftovers: I toss the noodles with a bit of water and they’re almost as good as the first day.

Crunchy fresh veggies combined with chewy rice noodles all wrapped up with a sesame noodle sauce with herbaceous cilantro sprinkled in.

Cook the rice noodles according to package directions (mine took about 5 minutes). When they’re tender but still springy, drain the noodles and run under cold water until the noodles are room temperature.

In a big bowl, toss together the noodles, cucumber and pepper matchsticks, grated carrots, green onions, and optional cilantro.

For the dressing, combine all ingredients in a blender. Blend on low until combined, or whisk together by hand.

When ready to serve to the vegetable noodle mixture together with the sauce and serve immediately.

I used the type of rice noodles that looks like fettucini.