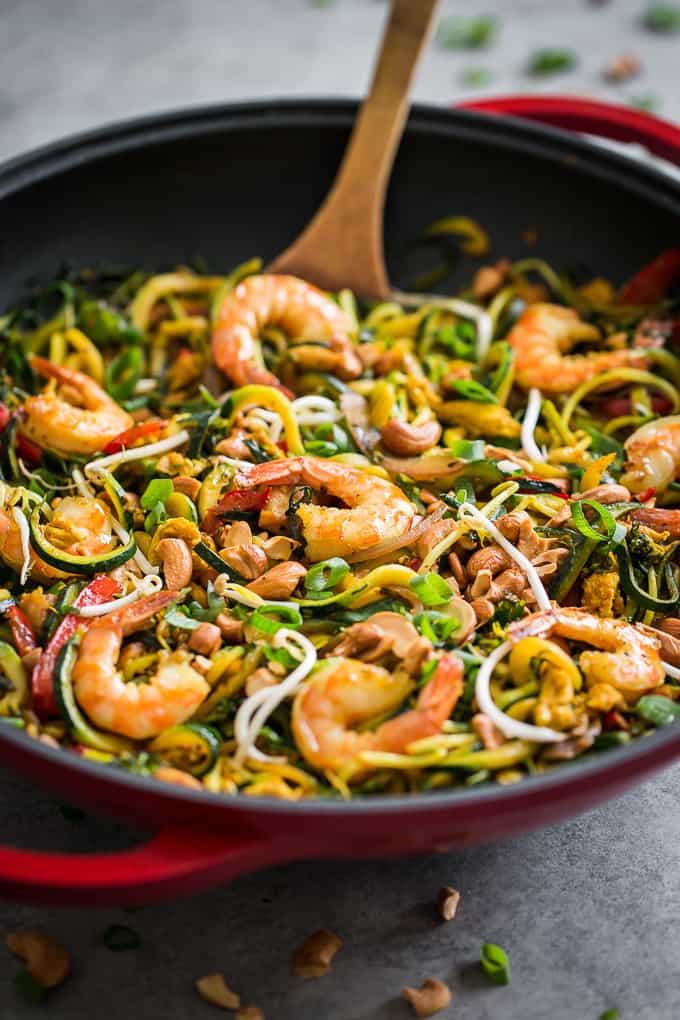 Slowly but surely I’ve been recreating spiralized versions of some of my favorite take-out dishes. You can always visit my spiralized category to see all sorts of fun things to do with veggie noodles. But I’ll be sure and leave the links near the end of this post specifically for all the take-out versions. 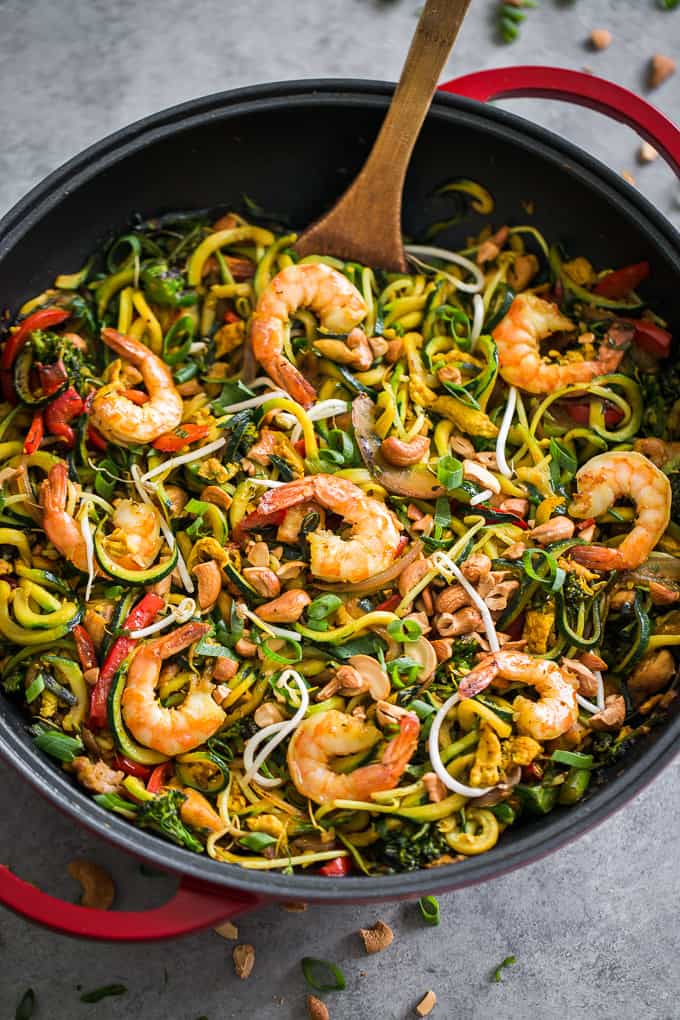 We’re both big fans of all types of veggie noodles, and I find them to be critical in avoiding boredom with healthy meals. They’re great for adding lots of veggies to your diet to be sure, but there’s just something about eating zucchini or sweet potato as a noodle that makes it more fun. 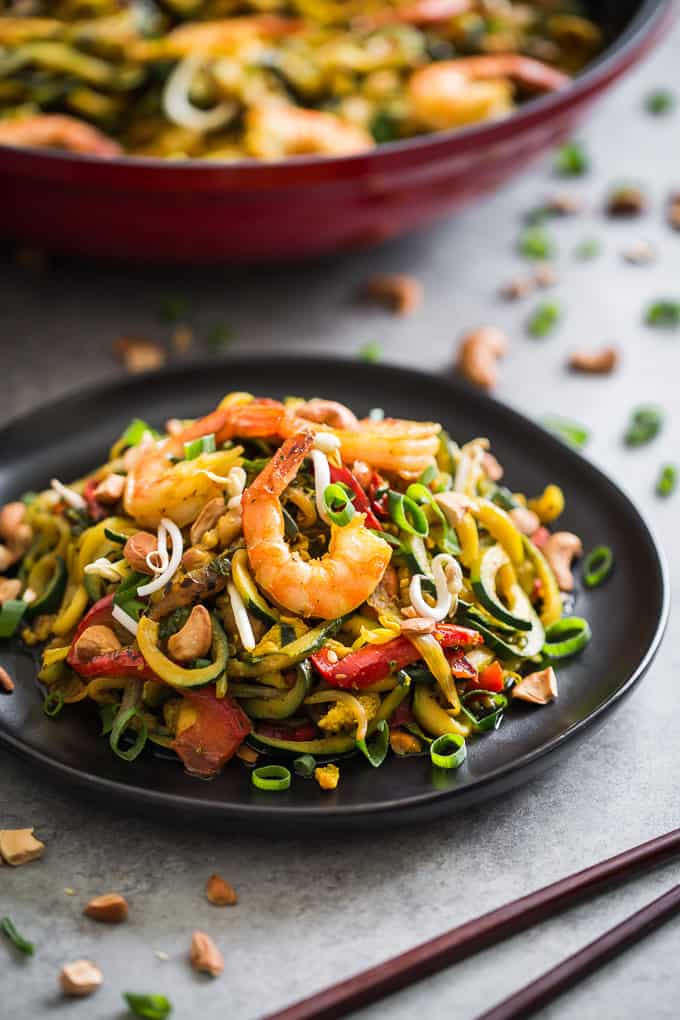 I’m never a fan of adding yet more equipment to your kitchen, (in fact I still don’t have an Instant Pot – which everyone finds shocking). But a spiralizer is pretty invaluable in a healthy eating kitchen. And I’m guessing I’ll be on the Instant Pot train eventually, I mean… it just cooks things so fast, that has to be reason alone to try it out! 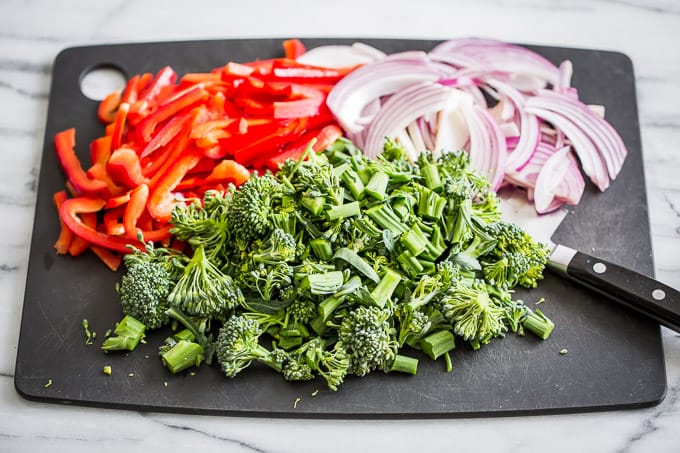 Since this recipe is basically a stir fry, it’s best to have everything prepped before starting to cook. (I used broccolini for this recipe because it’s more affordable and readily available here, but broccoli works well too.) 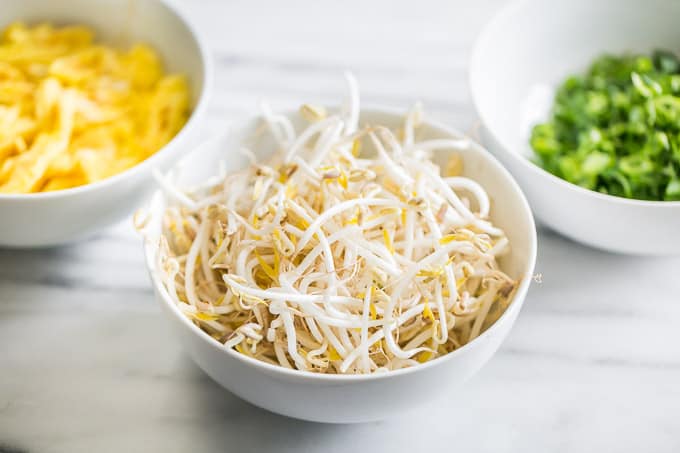 Once you have your veggies chopped/spiralized and all the garnishes assembled, it’s time to make the omelet. I like to cook the eggs for this recipe in a flat omelet, then thinly slice it to add at the end. It’s just my preference in texture, I know some people just scramble the eggs in at the end. 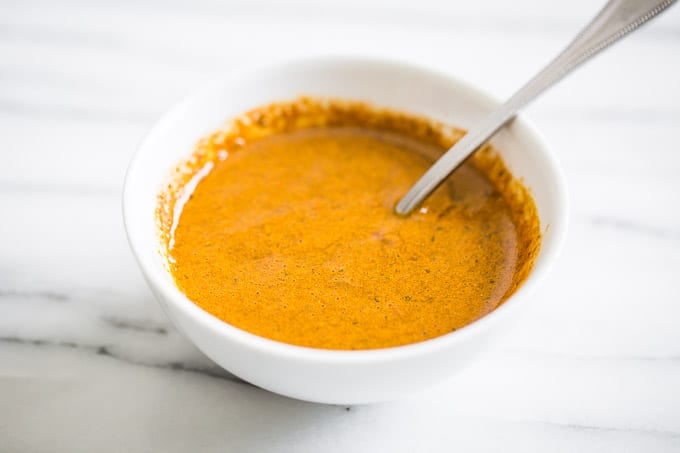 Then the sauce is mixed together and set aside. It gets it’s vibrant color from curry powder and a touch of turmeric. 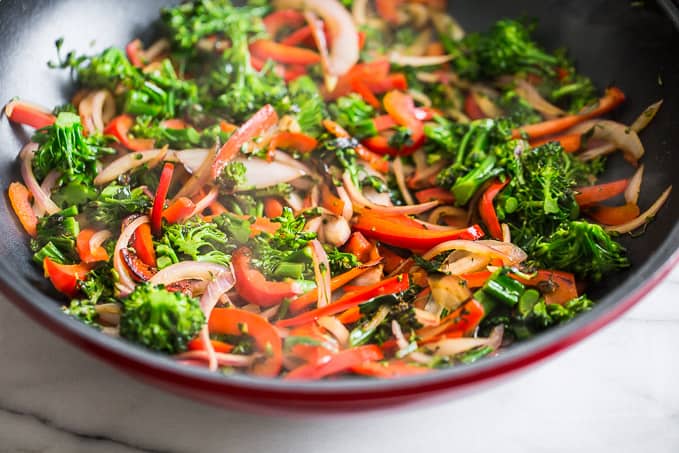 Next the chicken and shrimp aare quickly sautéed and removed from the pan before the veggies go in. Then I cook all the veggies until they start to soften, but are still crisp before adding the zucchini noodles. Zucchini noodles cook quickly, so they need to go in towards the end.

After the zucchini noodles have just started to soften, the omelet, chicken and shrimp, and sauce are added. Everything is cooked briefly to make sure the sauce coats everything. Then it’s served with the prepared garnishes. 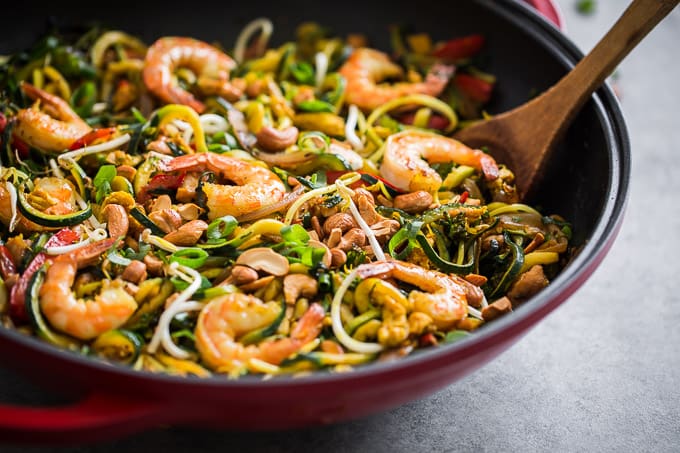 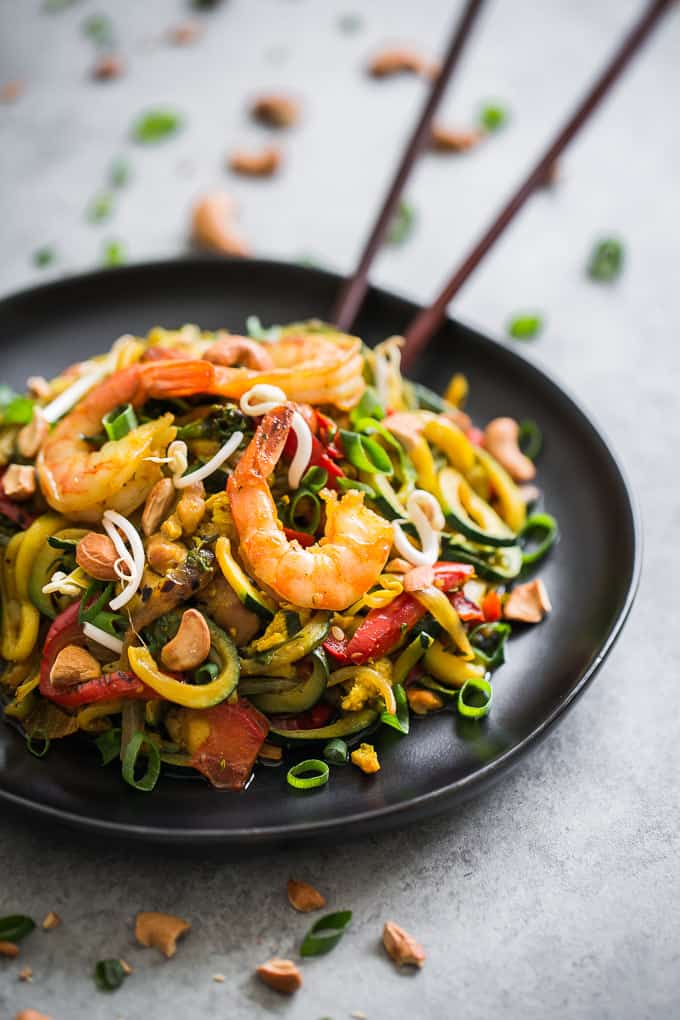 To further simplify things if you’d like, you can use either chicken or shrimp, but I do love this dish with both.

I used the 3mm blade on the Paderno 3-blade spiralizer for my zucchini noodles.
The curry powder I used comes from the bulk section at Natural Grocers and is very mild. Be aware that some curry powders can be quite spicy.