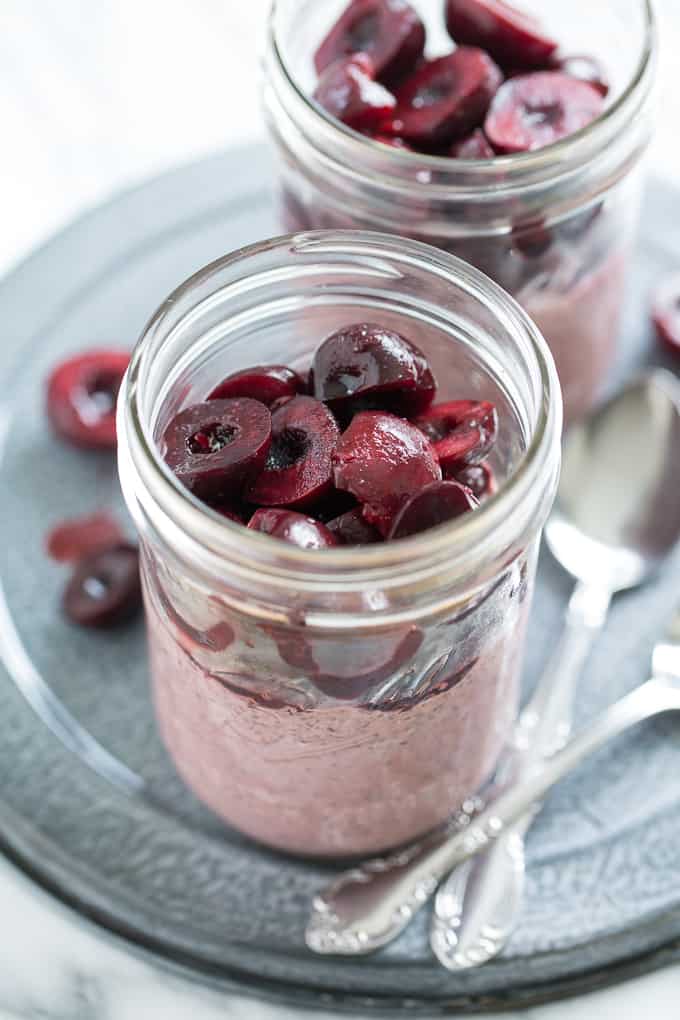 It seems there’s a story behind every recipe – for instance, last week’s Paleo Power Breakfast developed out of a need for a power breakfast (go figure)! A friend and I were going snowshoeing in Glacier National Park and we were debating what to make for breakfast – it had to be sustaining but not the kind of ‘power breakfast’ that leaves you so stuffed you end up lethargic instead of energized! So… it’s only natural that the discussion turned to sweet potatoes, and the rest is history, (it’s now my all-time favorite big workout breakfast)!

Today’s recipe is no exception, it all started with a comment left on my Raspberry Sherbet Chia Pudding, where someone mentioned that they made it with cherries. Well… there was something about that idea I just couldn’t get out of my head, and since we’re still about 6 months away from cherry season I bought a bag of frozen sweet cherries and went to work! I modeled the flavor of this chia pudding after one of my favorite coconut ice creams – Cherry Amaretto – which is so good I can’t be trusted when there’s a pint of it in the freezer! And… now I have all the same flavors with the added benefit that it’s healthy enough to eat for breakfast! 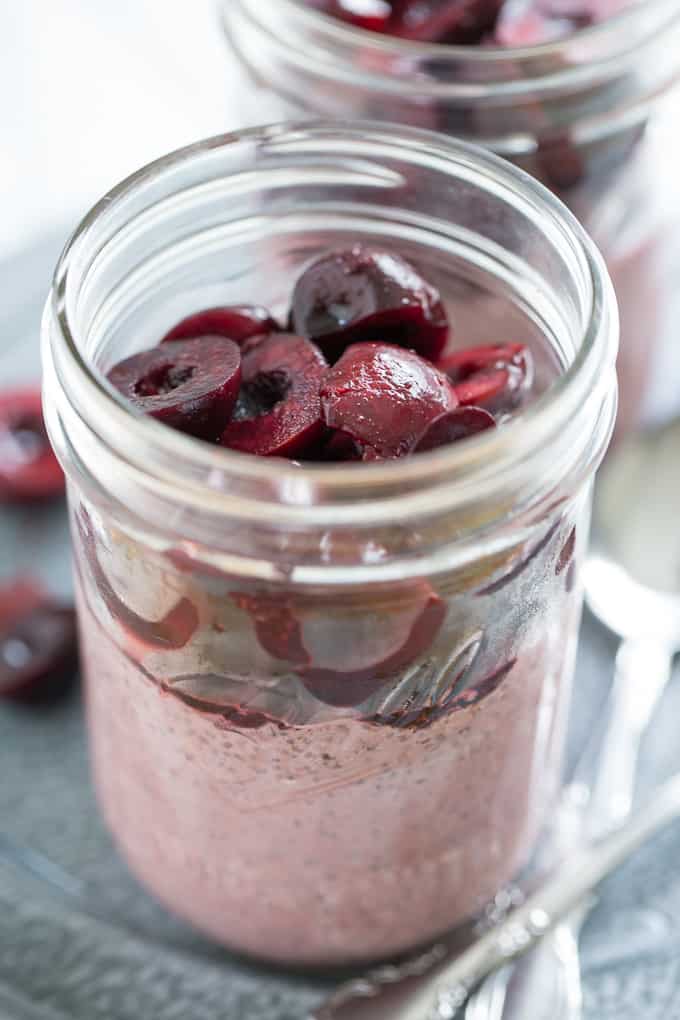 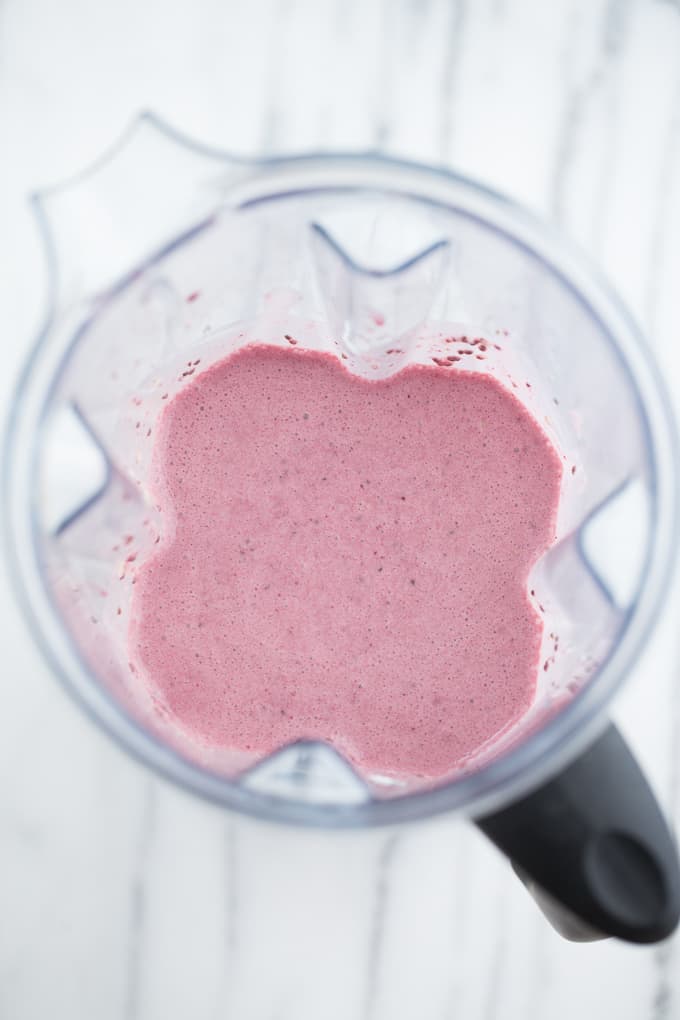 This chia pudding is really easy to make – simply blend everything but the seeds together until smooth. Then add the seeds and blend on low to combine – that’s it, that’s all there is to it! 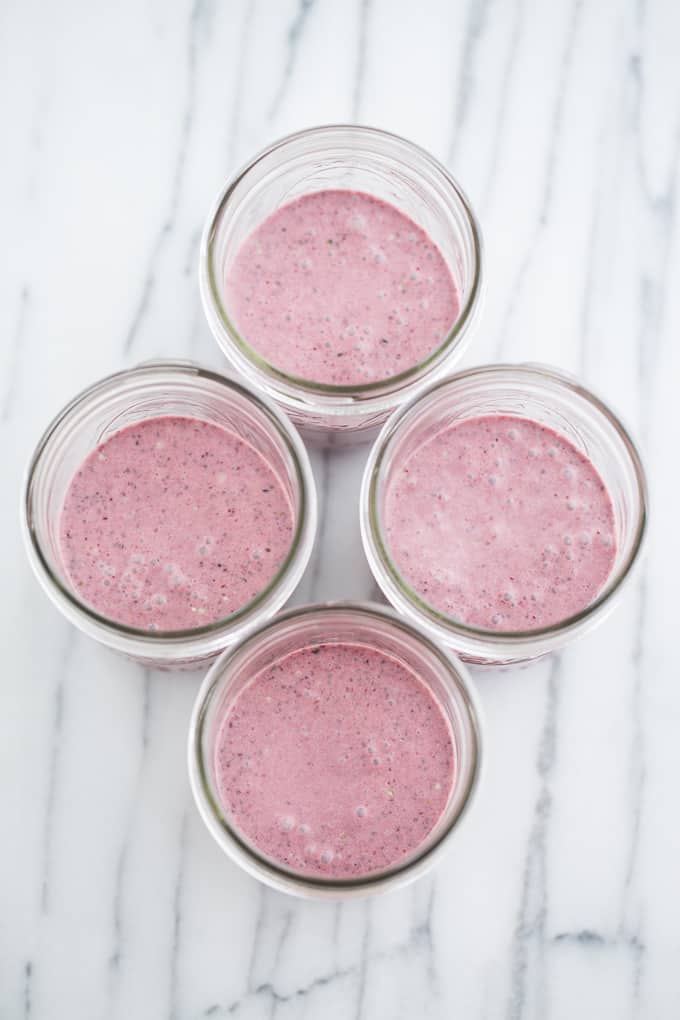 This recipe make 4 cups of chia pudding which I pour into 1-pint jars. I like to fill the jars halfway with pudding, and then fill the jars to the top with fresh/frozen fruit or a homemade fruit sauce. You can portion them as big or a small as you’d like, for instance 1/2 cup of pudding in each jar would give you 8 small breakfasts/snacks instead of the 4 – 1 cup servings. 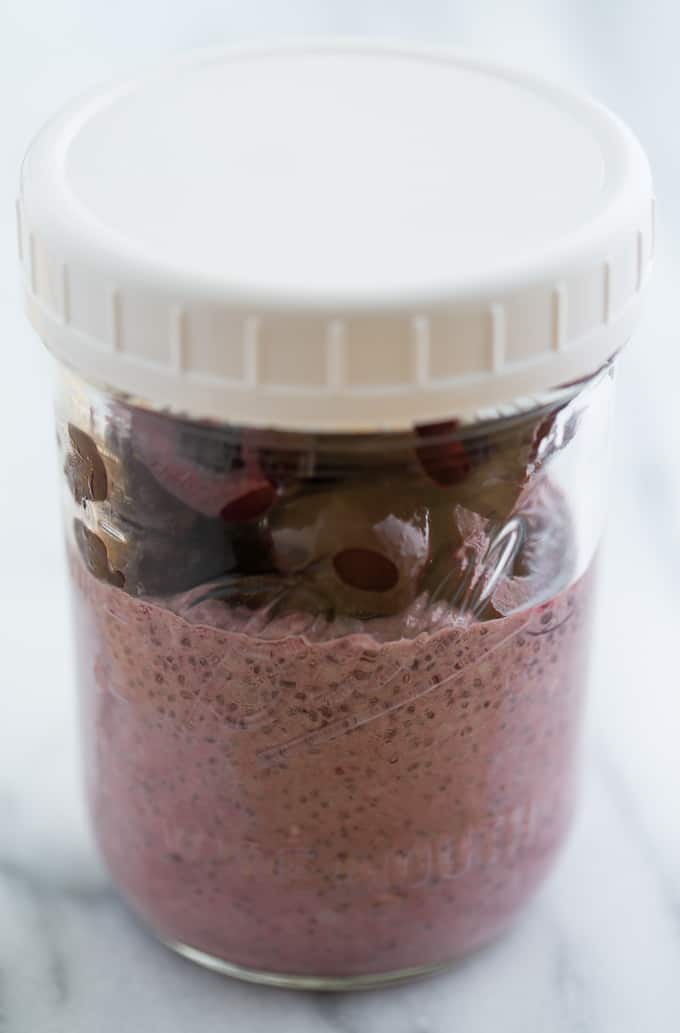 For this recipe, I topped the chia puddings off with halved frozen cherries. You can store them in the fridge 4-5 days, but don’t be surprised when they disappear in a day or 2! 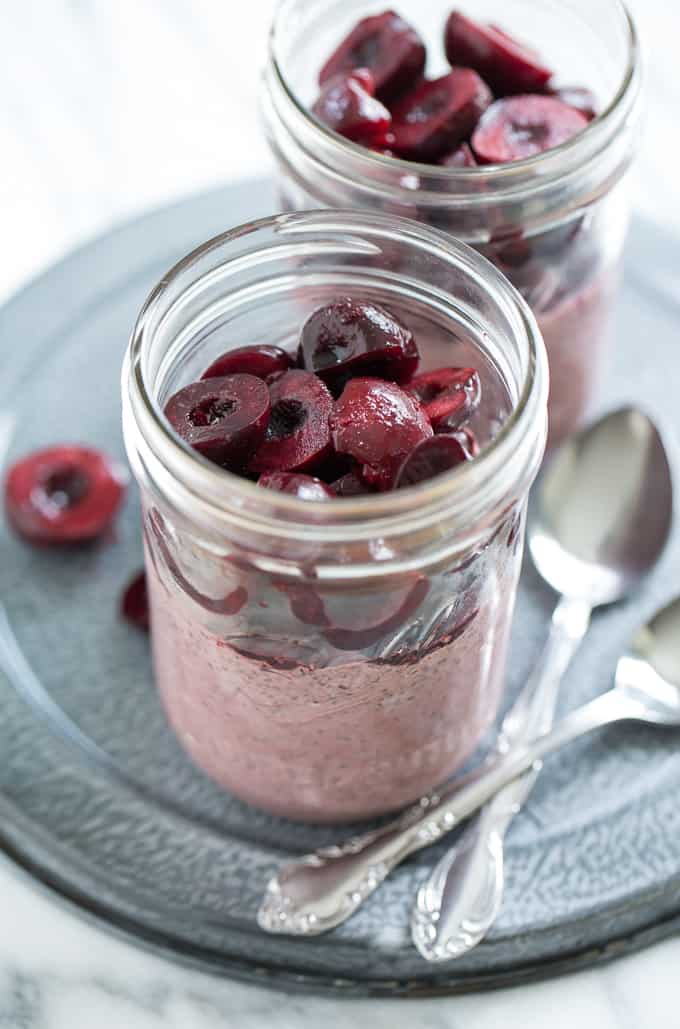 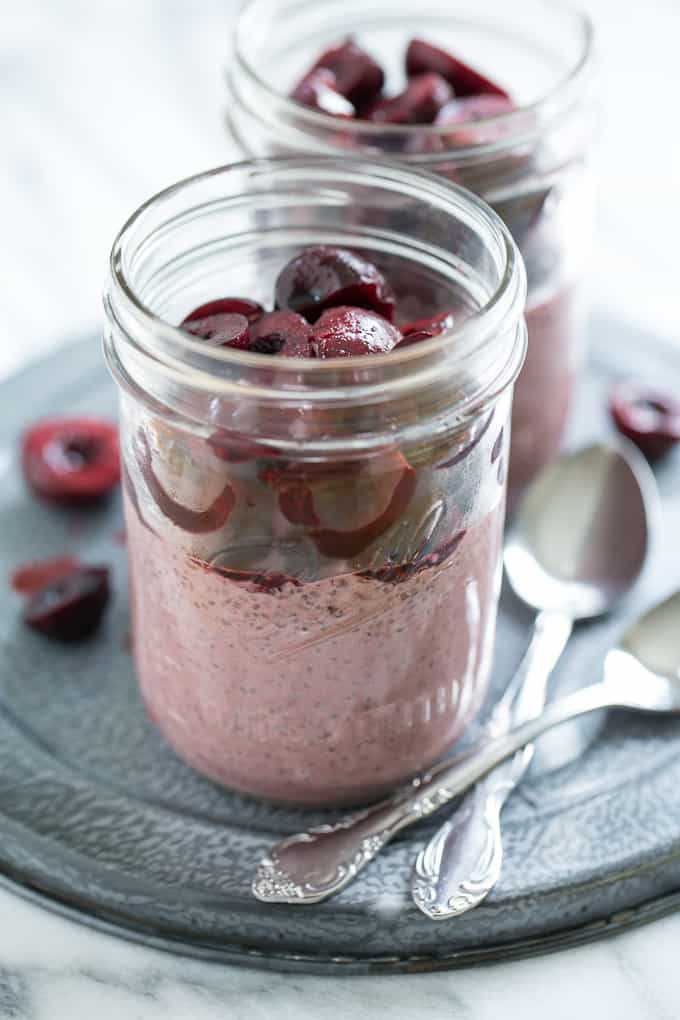 I’ve been on such a chia pudding kick lately that I’m probably going to wear you out with them, (that and zucchini noodles I suppose)! But… if you don’t mind too much, there will be a Mango Coconut Lime Chia Pudding heading your way in a couple of weeks, (as well as some more zucchini noodles – I just can’t help myself)!