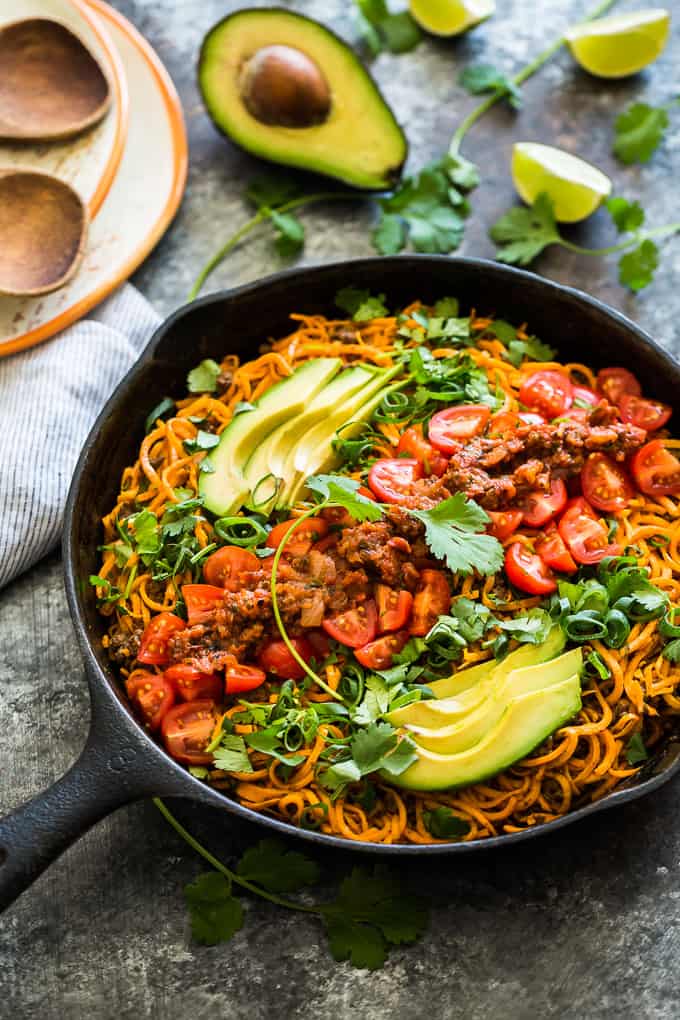 Sometimes it’s fun to mix up the same flavors you’re used to into a different dish altogether. We often make these Taco Sweet Potato Bowls I posted years ago, but lately I’ve been making this spiralized version of the same flavors. As an added bonus, it’s also completely dairy free, and really easy to make.

The American version of tacos always comes along with both cheese and sour cream. But I can promise you won’t miss it here with so many other toppings happening. We love adding my Fire Roasted Blender Salsa on top, but you can use any salsa you like in it’s place.

We’ve also been known to make a batch of guacamole when we have a few extra minutes in place of the sliced avocados. Really the possibilities are endless with all the mixing and matching you can do! 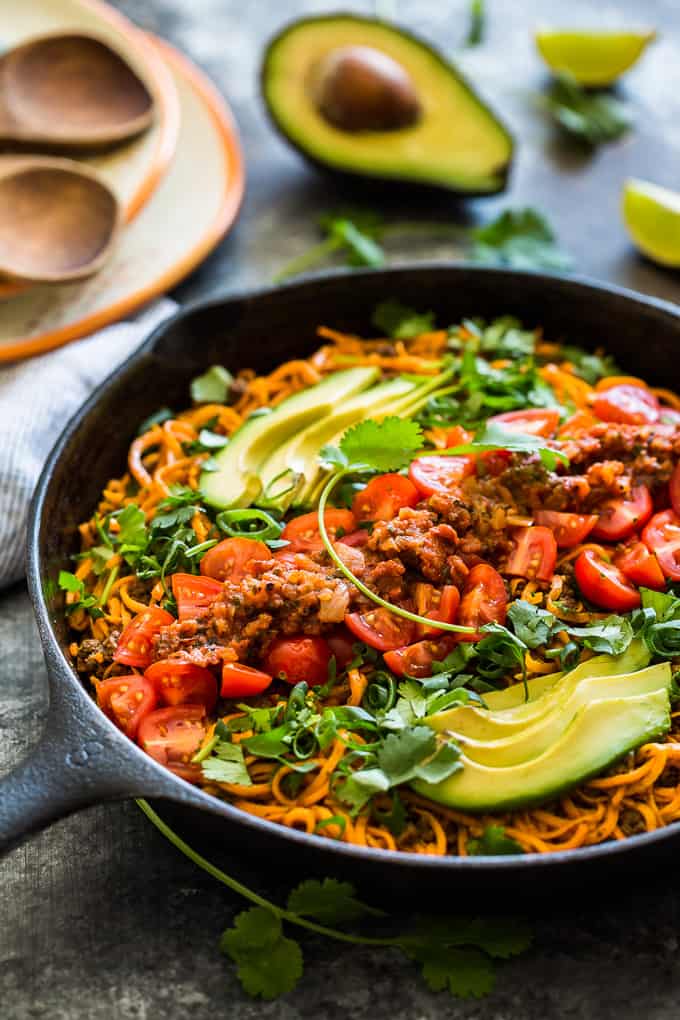 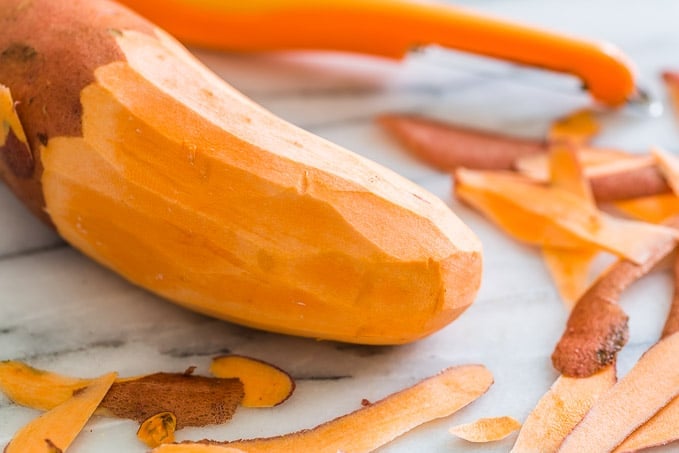 To make sweet potato noodles, I prefer to peel them first because it seems to work better in the spiralizer, (although it might be that mine is dull for overuse). 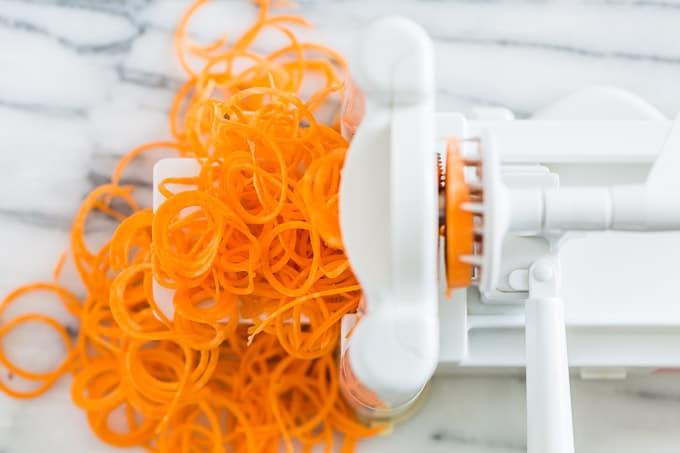 Then you slice flat ends and run the sweet potato pieces through the spiralizer. I like to roast my sweet potato noodles in the oven rather than cook them on the stove top for a better texture. 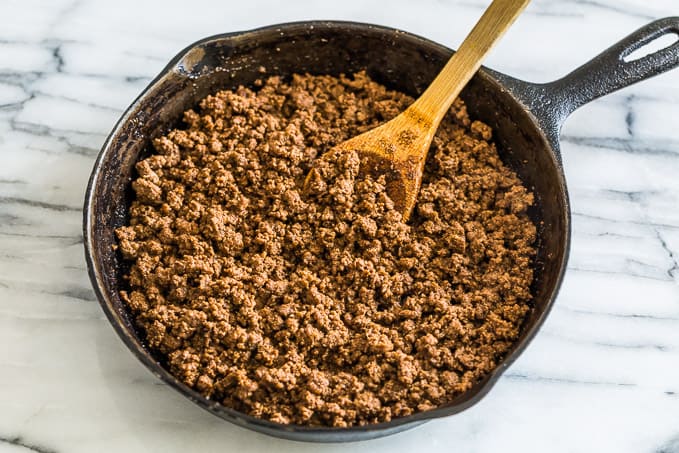 Cooking the sweet potato noodles in the oven also means you don’t need such a giant skillet to make 4 servings. While the noodles are cooking, you make the taco meat in a skillet on the stove top, and keep it warm. 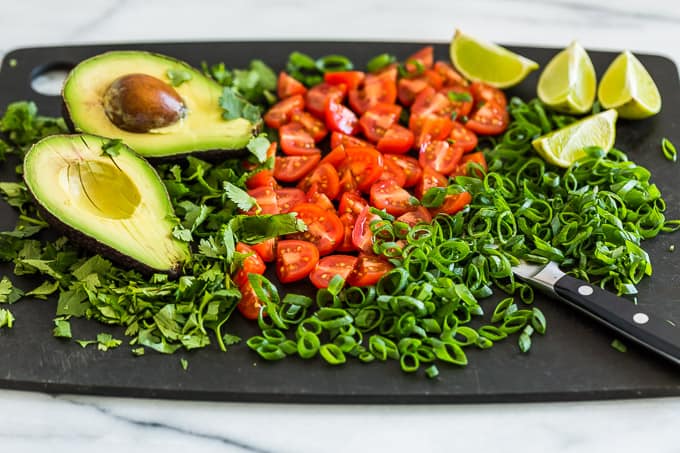 You also want to have all your toppings prepared before the noodles are done. I like to keep it simple with sliced avocados, chopped cilantro, sliced green onion, halved tomatoes/salsa or both, and some lime wedges for squeezing over the top. 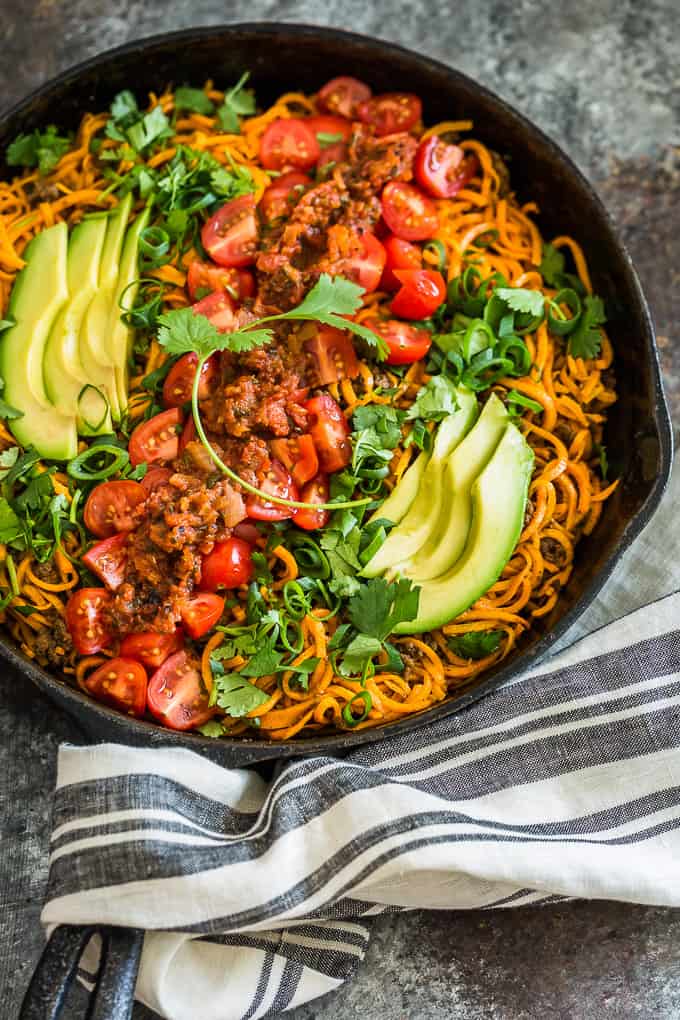 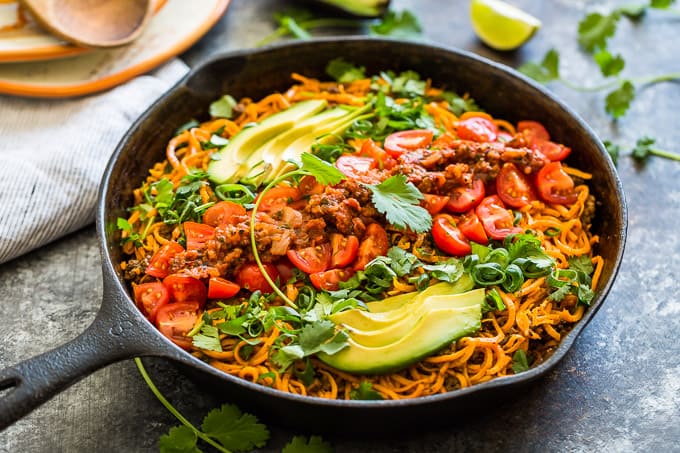 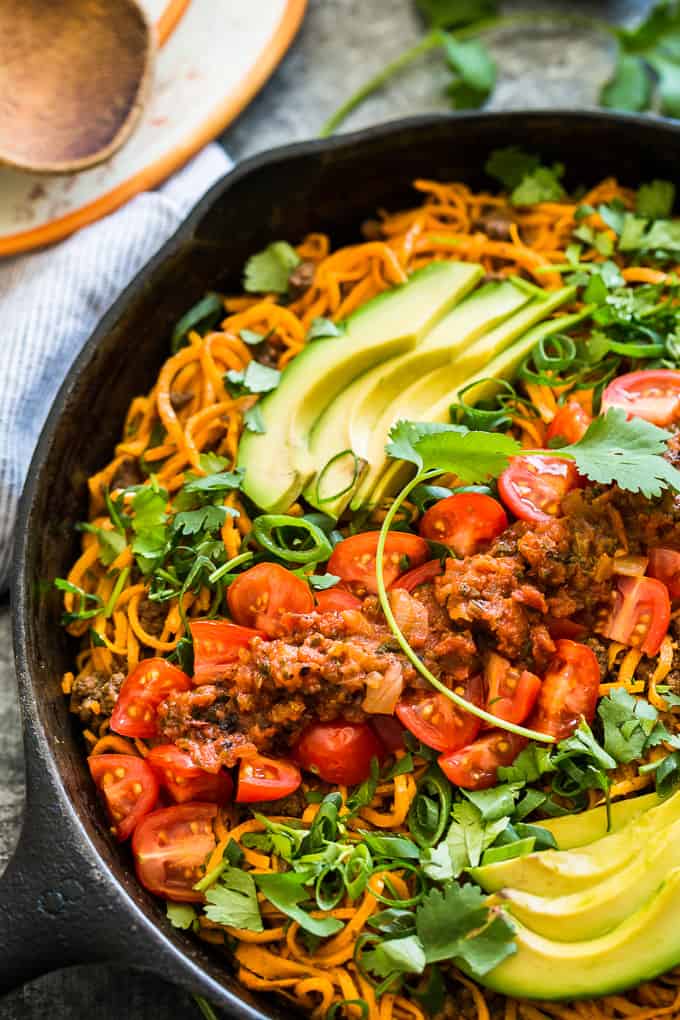 Then once the sweet potato noodles are done, you toss them together with the taco meat, and serve with all the toppings! And finally if you’re looking for a homemade taco seasoning to avoid those seasoning packets with all sorts of weird ingredients, I have just the thing – my Easy Homemade Taco Seasoning.