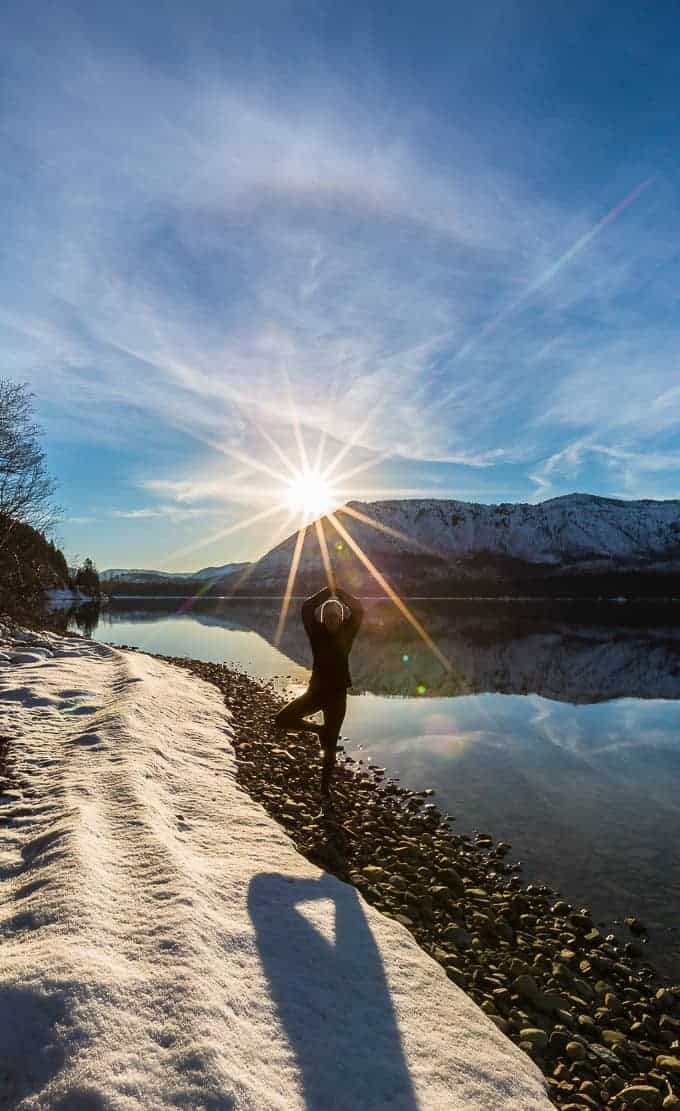 For January I made 2 really big (for me) resolutions – the first is that I was going to drink a green smoothie everyday without exception, and the second was that I signed up for 30 days of Yoga Camp with Adrienne. One of my biggest hurdles in life is undoubtedly consistency. In the children’s story of the tortoise and the hare, I’m most definitely the hare. But I wanted to make a commitment to my health this year in a way that’s more consistent than I’ve ever been in my life.

The results after just 1 month are so incredible I just wanted to write them all down to share with you. I was fairly apprehensive about signing up for Yoga Camp (even though it’s free) because it was a big commitment, and I didn’t want to feel like a failure if I couldn’t do it.

You see for the last several years I haven’t been able to do yoga because of some back injuries from a car wreck. Normally yoga is great for this sort of thing, but unfortunately not in my case. However I felt like I’ve turned a corner recently, and I really wanted to give this a try. So I decided that even if I couldn’t keep up at all, and mostly had to sit on my mat and stretch, I was going to make the commitment to show up 30 days in a row and put the time in. And you know what… there’s something about showing up day after day no matter what that really helps you make progress.

The reason I’m writing to you about Yoga with Adrienne, (which by the way I’m not at all affiliated) is because it’s the first yoga class I’ve been able to do with my injuries. During the yoga classes, she often reminds you to ‘find what feels good’ which is exactly what I need to hear. My tendency is to force myself through things thinking I’m doing myself some good, when in reality I’m actually causing damage.

She has an incredible amount of awesome yoga videos on her You Tube channel for free, as well as a monthly membership on her website with even more classes to take. One of my favorite videos is Yoga for Back Pain. I do this yoga sequence as many times as needed per week, sometimes in addition to my morning yoga. Doing just 30 minutes of yoga buys me another 6-8 hours of feeling great, which is obviously invaluable!

Note: Photography credit for the 1st photo goes to Mike from Relaxed Chaos. I was on the beach of Lake McDonald and had the shot all set up, but I was having a heck of a time trying to get it right. I’d turn on the timer, run down the beach barefoot and pose real quick but I was having a hard time getting it centered. Luckily for me a professional photographer (Mike) just so happened to stop for a photo too, and he helped me get it right! 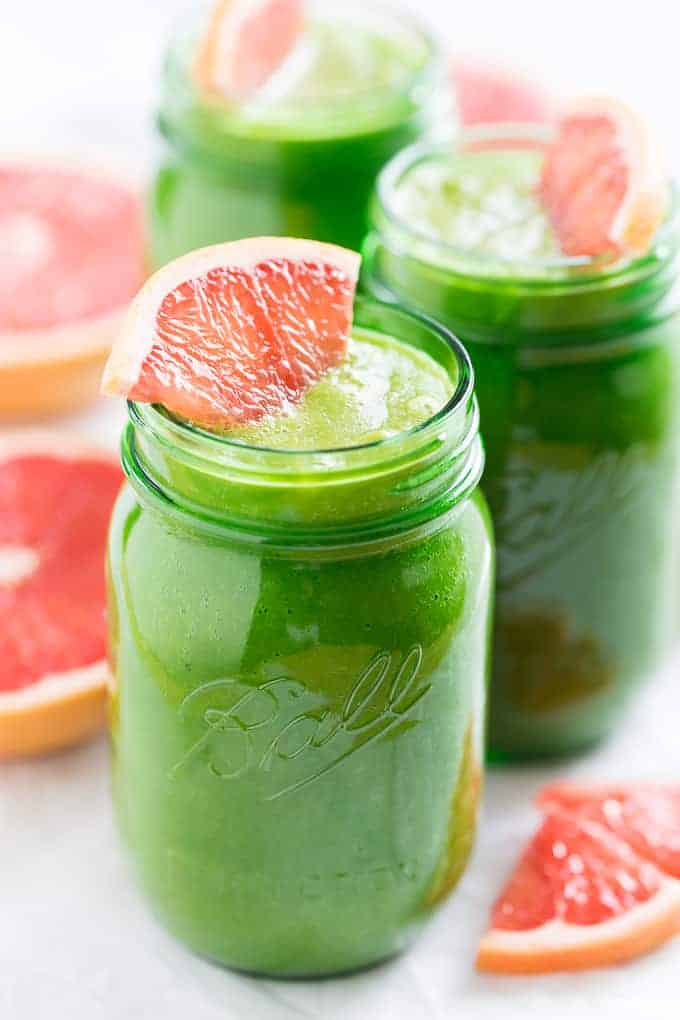 As far as the green smoothies go, I’ll leave you with some links below for inspiration. But in the beginning of January I discovered the unlikely, (but amazing) combination of grapefruit and pineapple, and I’ve been drinking this Pink Grapefruit Green Smoothie ever since.

I wish I would have kept track of exactly how many pounds of grapefruit we went through in January, but I do know that it was somewhere over 50 pounds just between the 2 of us! Drinking green smoothies consistently day after day has given me so much energy it’s unbelievable. I’ve been drinking them for years but never for this many days in a row, and being consistent is definitely a game changer.

I’ve been enjoying the results of January’s consistency so much, that I’m continuing the 1 green smoothie and 1 yoga video a day for the rest of the year. I’ll probably take a day off here or there, but since completing 30 days in a row, I realized that there’s very rarely a day when I can’t find the time.

There were a couple of days when I thought really hard about not doing my yoga that day because I was exhausted and it was 11:00 pm, but I pushed through and just did it – no excuses! And in the end I learned it’s about not filling up my time with things that aren’t as important for my well being.

I’ve found there’s a huge difference for me between legitimate reasons I can’t do something from time to time, and making excuses because it’s not convenient! And whenever I’m feeling extra unmotivated, I look through some pictures of my favorite places, (see example below) which helps me get back on track because I want to have both the health and energy to continue spending time in the mountains. 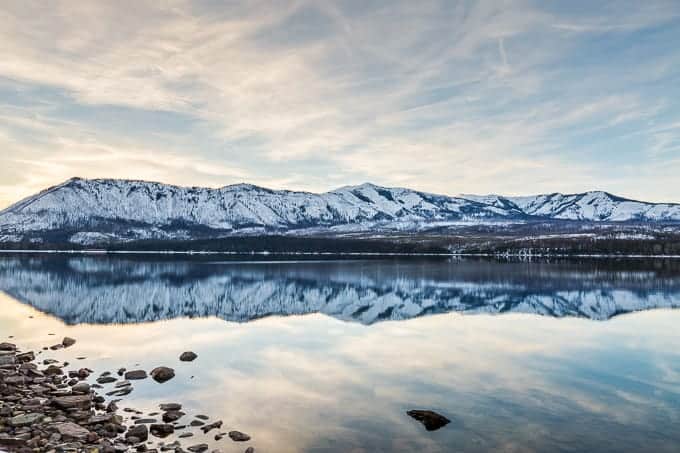 For most of my years I’ve put almost everything in front of my health: from work, to family, to fun time. It’s not that I didn’t try at all, I ate what I knew to be healthy along with lots of indulgences and tried to exercise regularly. But it took loosing my health to realize how cavalier I’d been about constantly pushing my limits.

Now every night when I write my list for the next day, I fill in my top 3 priorities. These spaces used to be filled with my most important business to-dos, but now #1 reads ‘green smoothie’ #2 reads ‘yoga’ and #3 is filled by something business related of the day. I thank my lucky stars everyday that I’ve been given a second chance at being healthy, and that gives me just enough will power to make smarter decisions for the future!

2 thoughts on “30 Days of Yoga and Green Smoothies”