Cracker Lake is located in the Many Glacier region of the park, and it ranks among most people’s top 10 hikes to do in Glacier National Park. Many Glacier is probably my favorite section of the park for it’s intense stunning beauty and glacial colored lakes. Even so, I’d never been to Cracker Lake until this year, and I definitely wasn’t disappointed! The color of the lake is unreal, it’s turquoise hue is due to rock flour from the now melted Siyeh Glacier. The only other thing I’ve ever seen that’s remotely similar is the super popular Lake Louise in Banff National Park.

This hike is 12.2 miles roundtrip and gains 1,400 feet of elevation, it’s classified as a moderate hike mostly because of the distance. Since is was one of our first hikes of the season, I can definitely say it felt like 12 miles! Around the end of the lake there’s some mining equipment from and old mining claim, we didn’t make it that far because we had started so late. On that note, be prepared for summer traffic, it took us over 4 hours to get from Kalispell to Many Glacier when it usually doesn’t take longer than 3! So… we ended up starting on our 12 mile hike at 2:00 in the afternoon which didn’t really leave time for extra exploration. 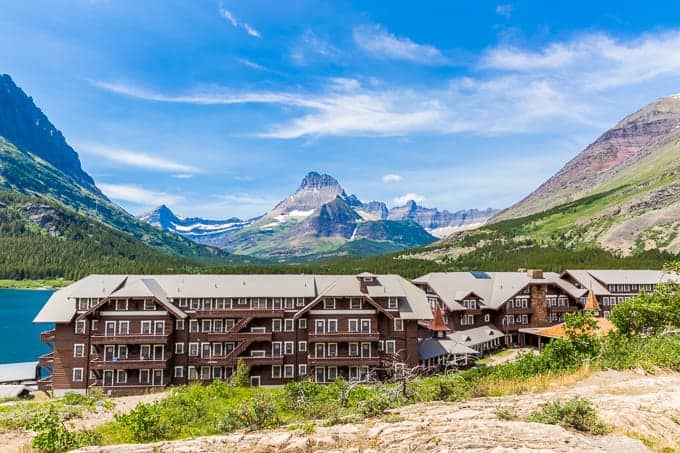 The trailhead starts right behind the historic Many Glacier Hotel and winds it’s way up through the trees, but rest assured there are plenty of views along the way! The first couple of miles the trail is shared with a horseback riding route, so the trail can get super dusty by mid-summer. If you do meet horses on the trail, you always try and stand downhill from them off of the trail as far off the away as possible. The trail gets much better after you leave the horse trail, which was nice because we were choking on dust for the first couple of miles due to the extreme draught conditions we’ve been having. 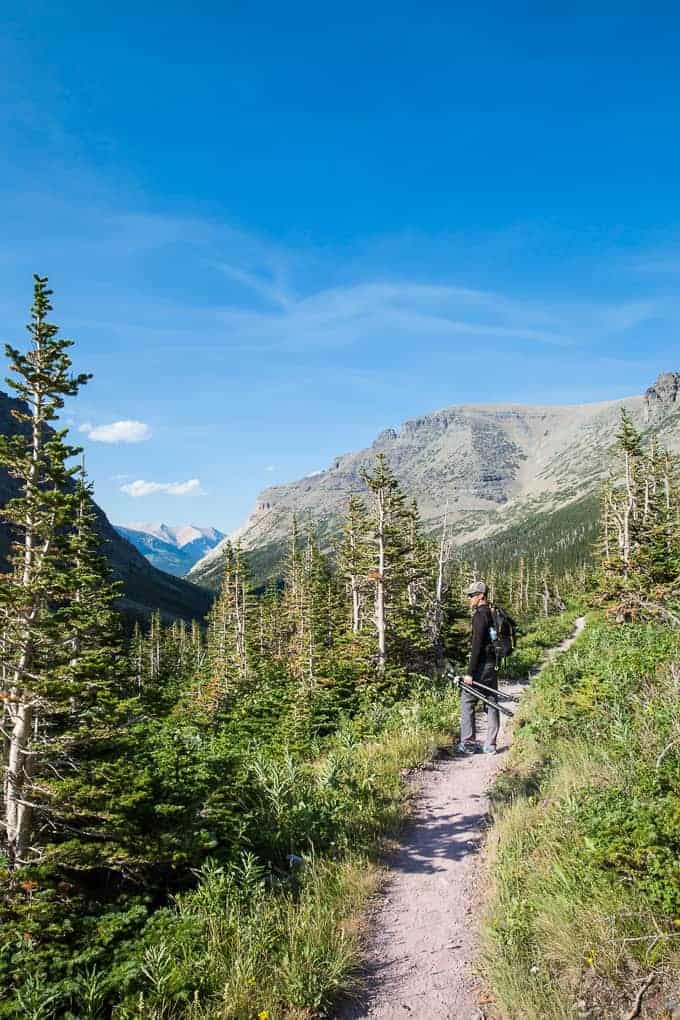 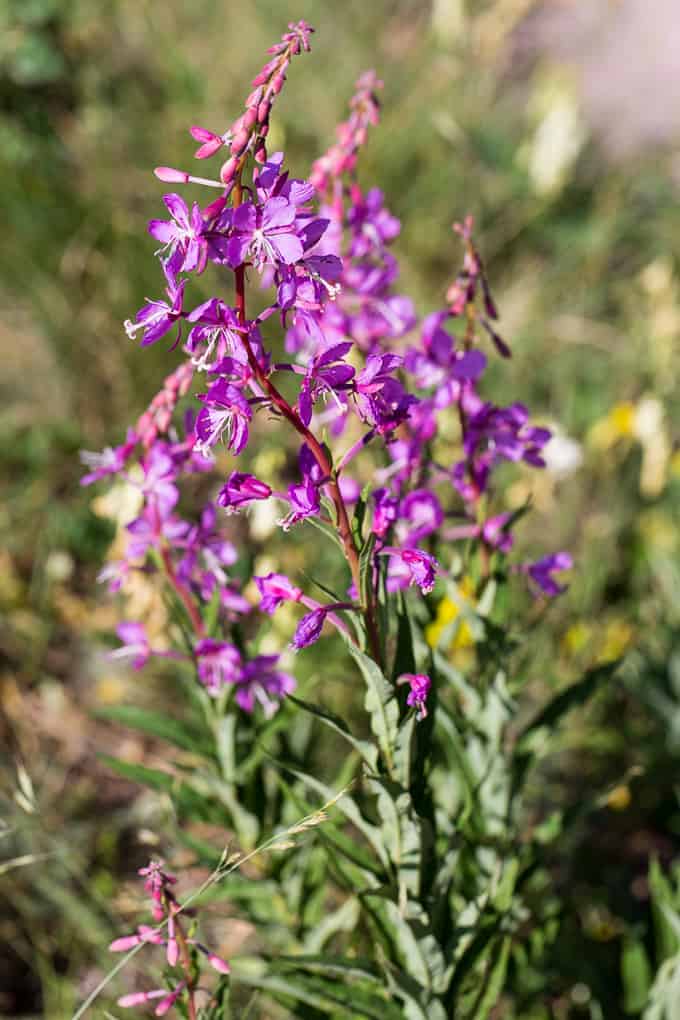 Wildflowers are in abundance throughout the different meadows that you pass. Usually the best time to see wildflowers is the last 2 weeks in July, but this really varies depending on how much snow pack we get and the rainfall. This year the wildflowers were as early as I’ve ever seen them coming into full bloom in June, so you really never know for sure.

Even with the varying conditions, the second week of July through August are the most popular times to visit. The season was early this year, but I’ve seen years when the Going to the Sun Road wasn’t even open yet at the beginning of July. So if you’re planning your Glacier trip, it’s better to come a little later – better safe than sorry you can’t see much of the park! 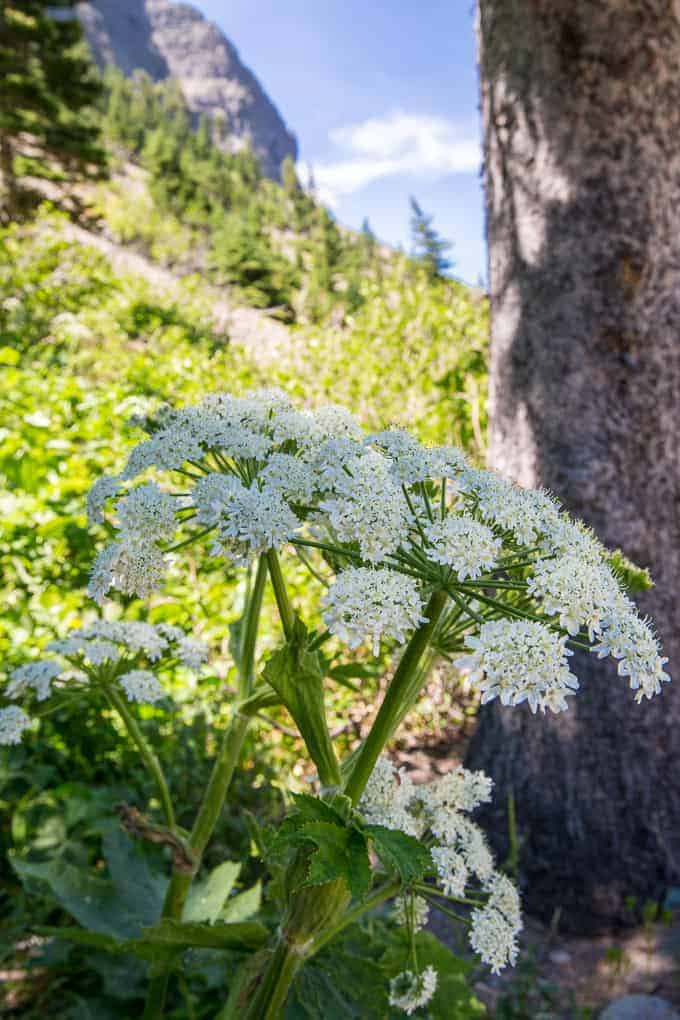 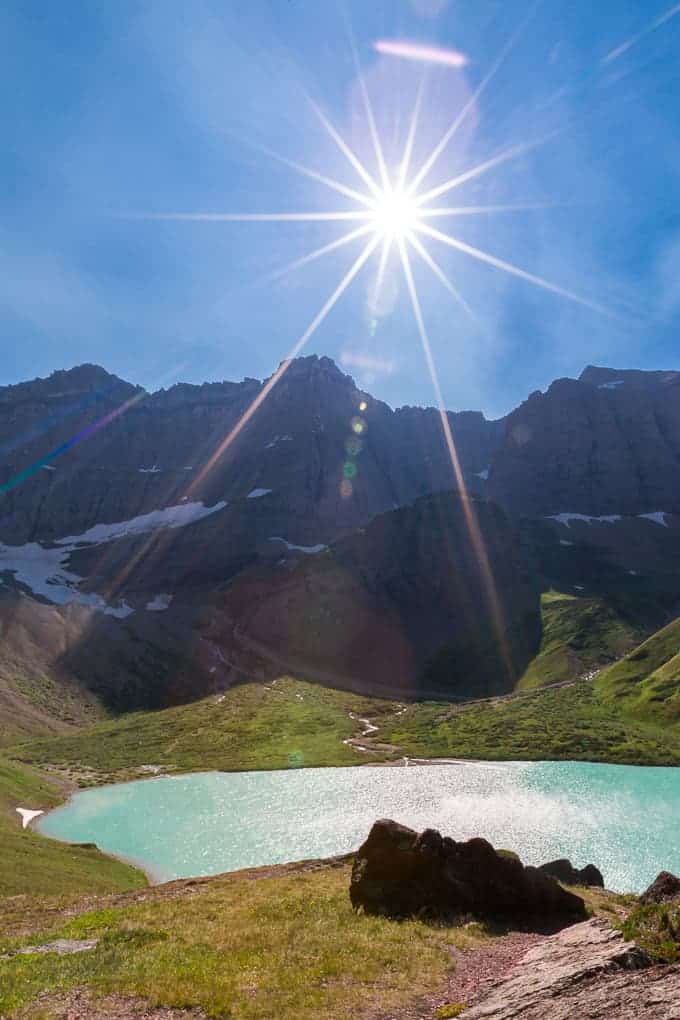 The lake sits in a bit of a cirque, like a lot of the lakes in the Many Glacier region. My husband calls it Morning Glacier because everything is at it’s best first thing in the morning (picture wise) in Many Glacier. Cracker Lake is a bit different though, one end of the lake is best in the morning and the other end (the most common view pictured below) is perfect in the afternoon. Out of all the hikes I’ve done in this area, if I had to do one later in the day, it would be Cracker Lake. For every other hike in this area, it’s really best to get up early to see it perfectly lit in the morning light! 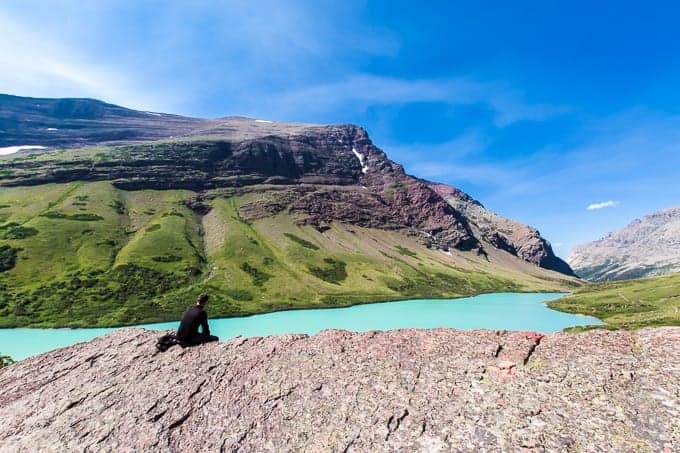 Once you get to the lake, the trail winds around to a outcropping of red rock that’s a great place to sit and have your lunch. You can’t do much better than that for lunch with a view! While you’re having lunch at the lake, watch along the shoreline for the resident bull moose. He meandered around the other side of the lake the entire time we were eating lunch before finally plopping right down in the lake to cool off. It was tempting to mimic him and go for a swim ourselves, but time was running out and we hit the trail again. 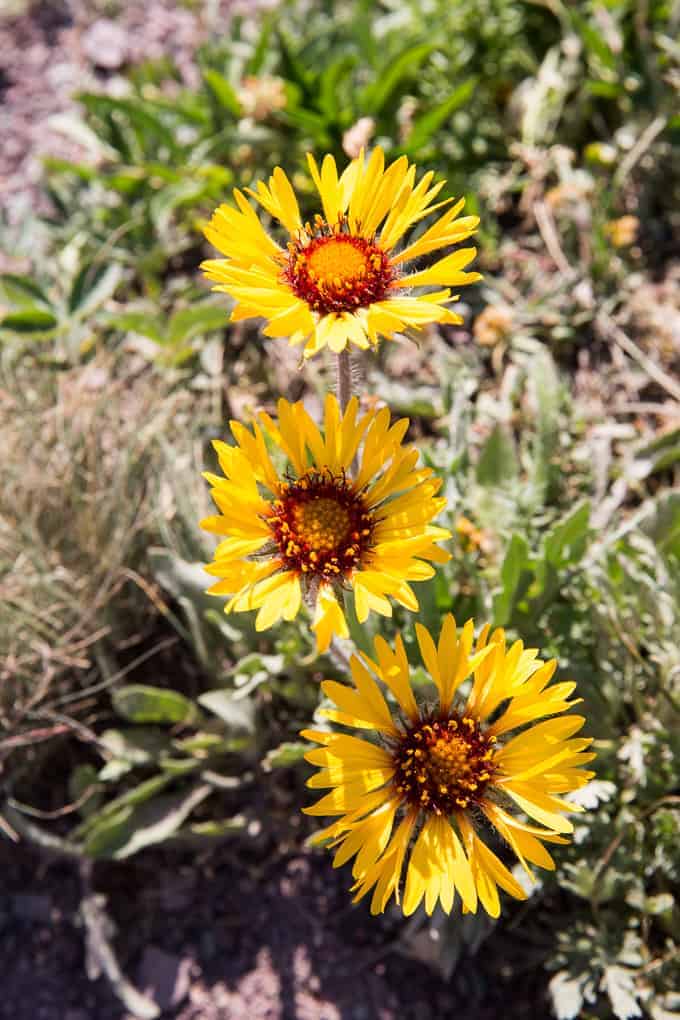 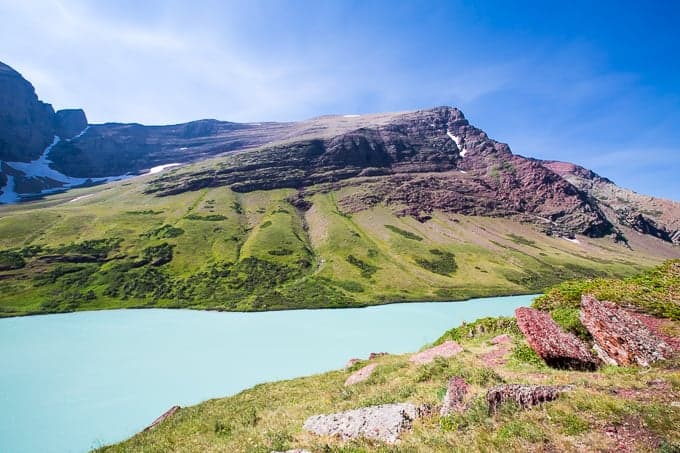 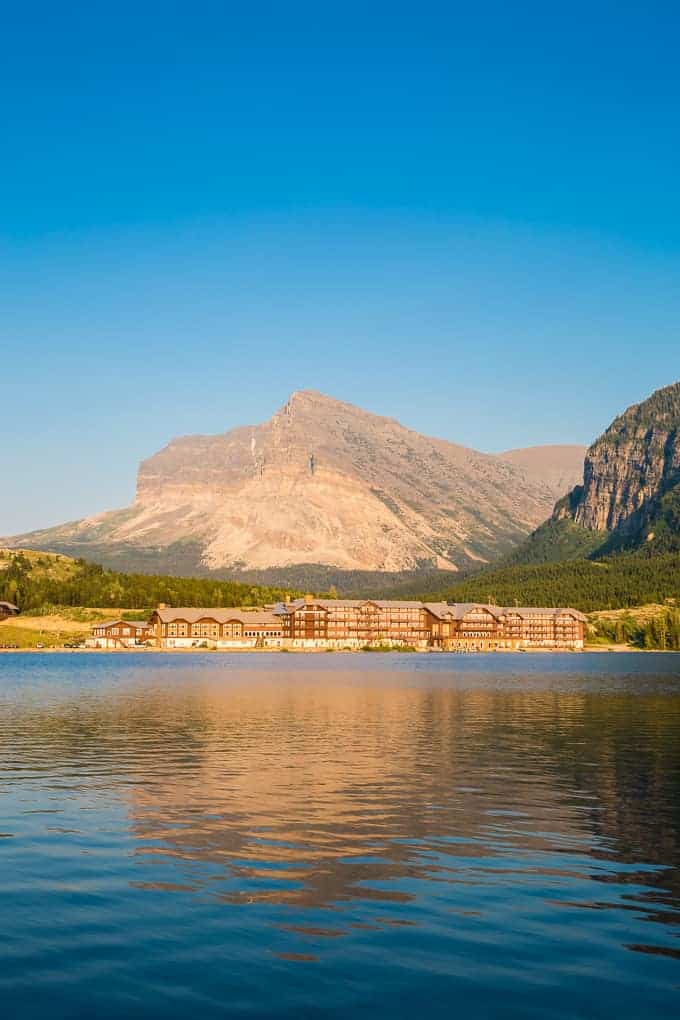 By the time we finished our hike, the evening glow was lighting up the Many Glacier Hotel, and we finally got to go for a much anticipated swim! We had an absolute blast on our 2 day trip to Many Glacier, and we’re planning another one as soon as we can with Iceberg Lake and Shangri La as well as SwiftCurrent Lookout on the docket!