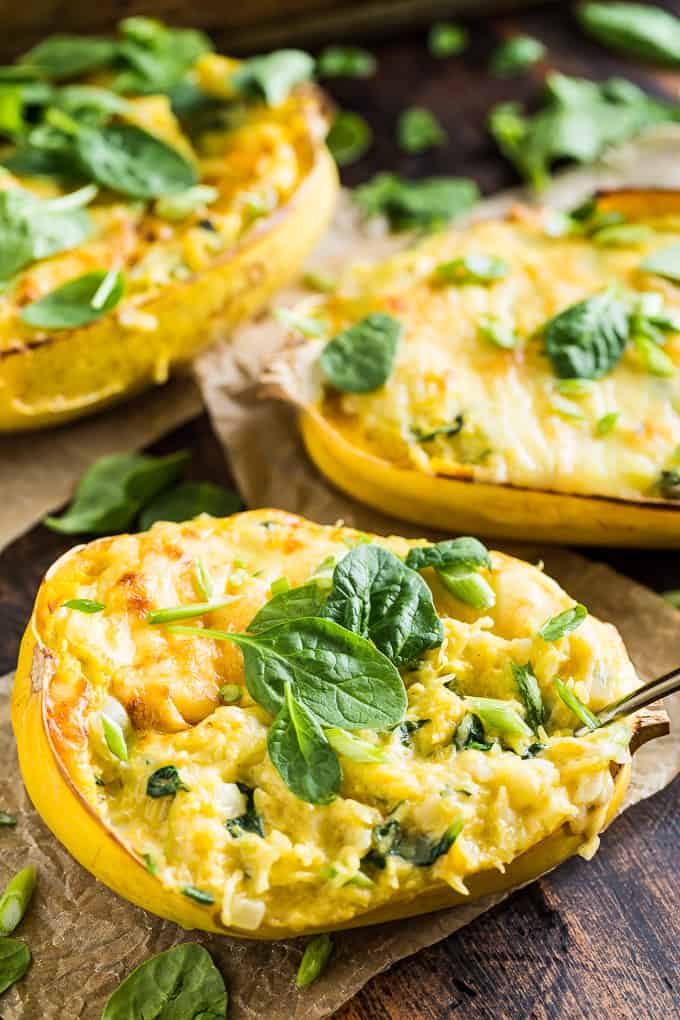 The word Florentine pretty much just means some kind of dish with lots of creamy spinach in it. Everybody has a different way of making the classics, but for me it all started with an Eggs Florentine dish that I’ve made so often I can make it in my sleep.

First there’s a bed of spinach with a creamy bechamel, (otherwise known as white sauce where I live) which is topped with perfectly poached eggs. Then depending on the season, you can add anything else you’d like. My favorite is juicy garden tomatoes with fresh basil.

But creamy spinach is too good to leave just to breakfast, so thought it was about time that I branched out into some sort of dinner dish. And like most of my recipes, this one evolved from what I happened to have on hand, (which obviously includes spaghetti squash that I impulse bought, and didn’t have a plan for)! 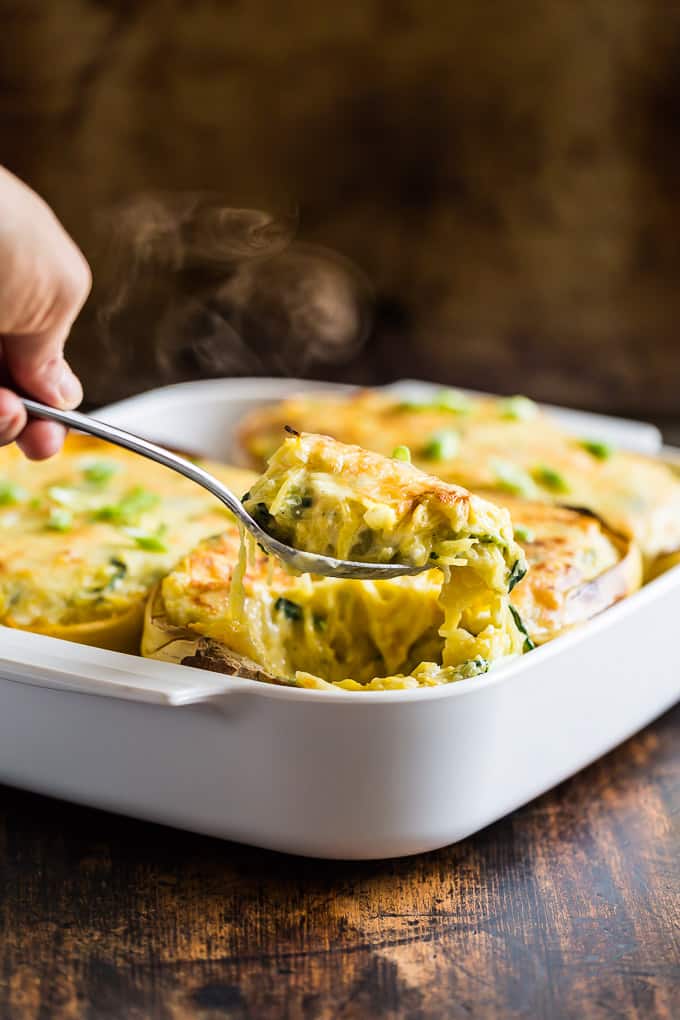 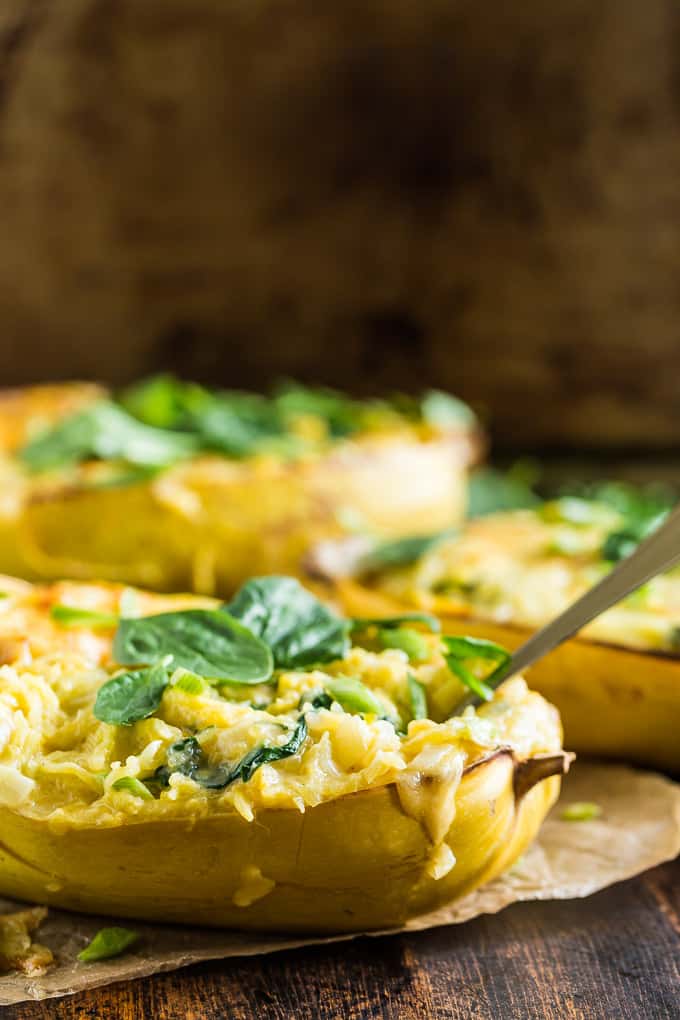 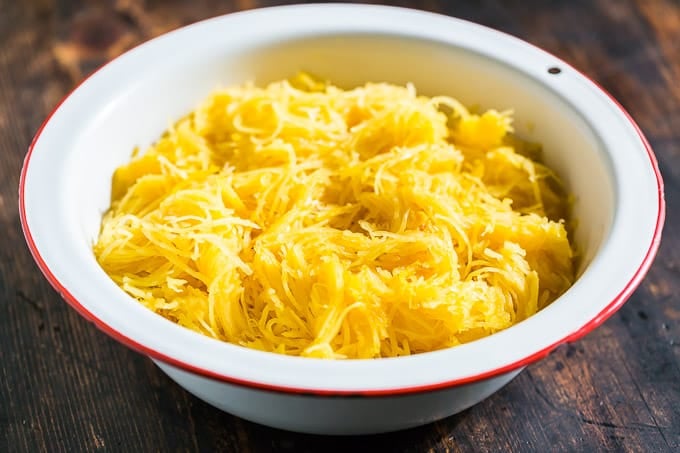 This recipe comes together in 2 parts which makes it perfect for entertaining because you can make it ahead of time.

First you cook the spaghetti squash until tender… 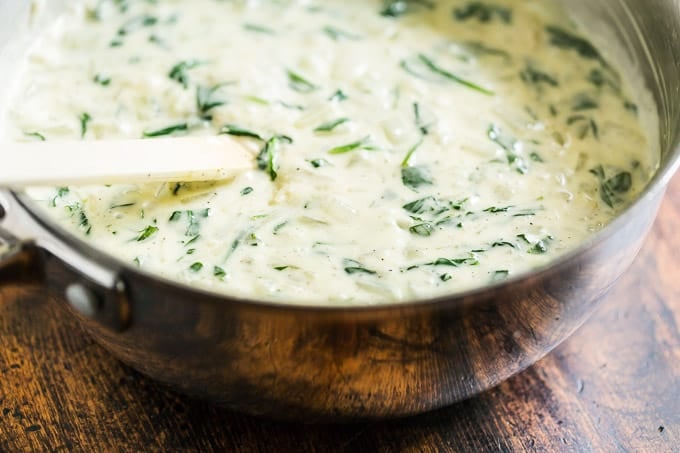 … and while it’s cooking you make your creamy spinach sauce. 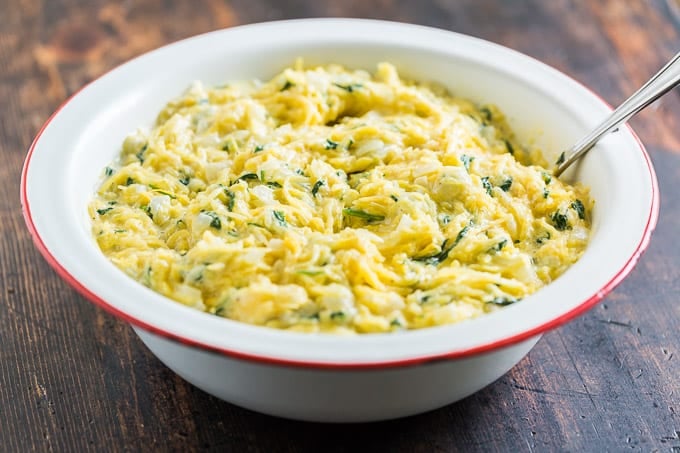 Then once the spaghetti squash is mixed into the sauce… 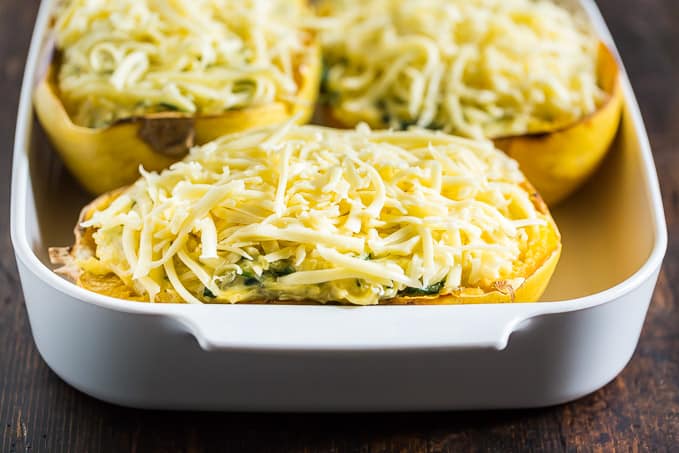 … you stuff it back into the spaghetti squash boats/shells. And at this point you can refrigerate them until you’re ready to serve, (or up to 2 days). Or you can top them with cheese right away, and bake until they’re all bubbling and piping hot. 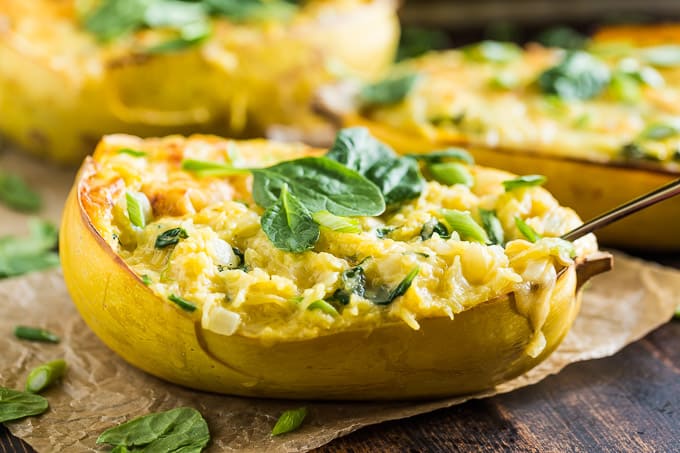 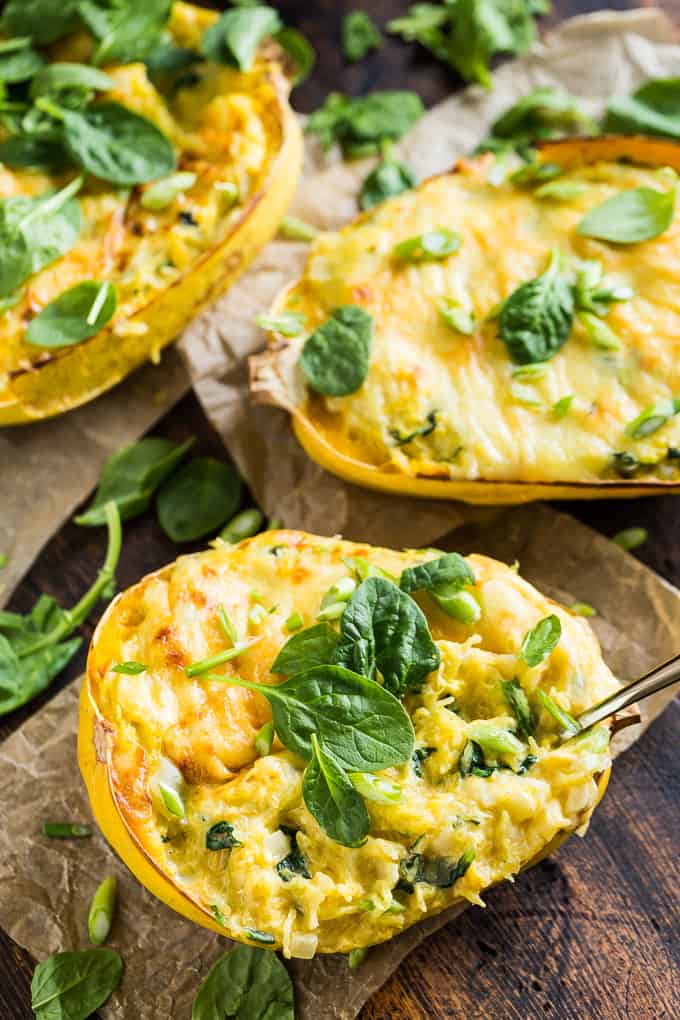 Just like the Eggs Florentine I make, these spaghetti squash boats are really good with fresh tomatoes and herbs as a topping, but they’re equally good just as they are. We have a few precious pounds of tomatoes left from my last garden harvest, and I’ve been savoring every last one of them by putting them into every meal until they’re gone!

And one last addition that’s really nice is adding a tablespoon of chopped fresh rosemary in after the onions cook along with some chopped chicken, (I happened to have some grilled chicken in the freezer and it was really good in this).

This recipe is also perfect for the stronger flavored herbs like rosemary, sage, and thyme. If you want to add one of these to the dish, add one or more of these chopped fresh herbs right after you sauté the onions.
If you want to make these ahead of time, prep them right up to the step where you put the spaghetti squash mixture back into the shells, but don’t top it with the grated mozzarella. Place the filled shells into a baking dish, cover, and refrigerate for up to 2 days. When you’re ready to bake them, top with the mozzarella and bake at 350ºF until hot and bubbly, about 45 minutes.