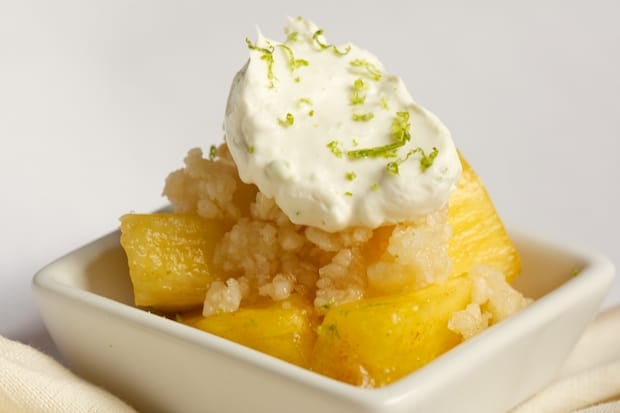 Fresh Pineapple Crisp with Coconut Whipped Cream is a little different than a usual crisp, it’s not baked. It is just fresh fruit, a macadamia nut topping, and coconut lime whipped cream. What does that mean for you? It means that in 20 minutes you can have a great dessert that is healthy enough to eat for breakfast.

I love the combination of flavors in this dessert. The pineapple tastes light and fresh paired with the brightness of lime zest. The cinnamon and coconut whipped cream adds decadence that makes it truly satisfying. Not to mention, pineapple is one of the few fruits that tastes good year round. I think it would also be a great ending to any summertime barbecue. Stay posted, I’ll get back to you on that in a few months. 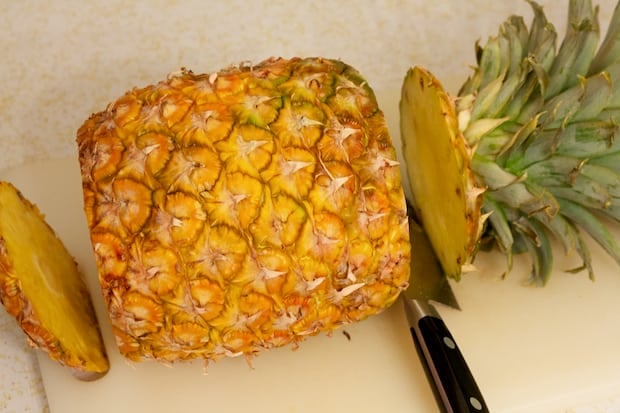 We are going to start by cutting off both ends of the pineapple. 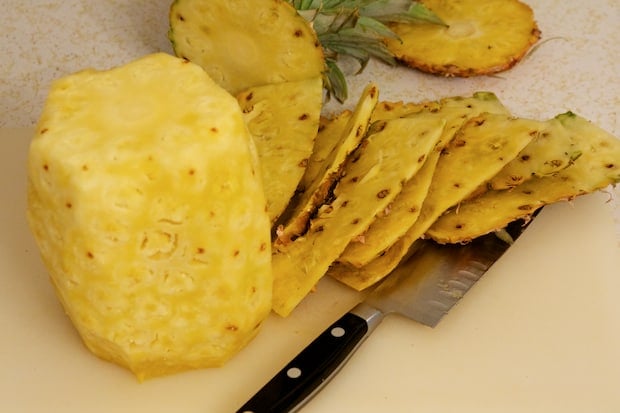 Next, stand the pineapple up and cut off the sides until mostly yellow fruit remains. 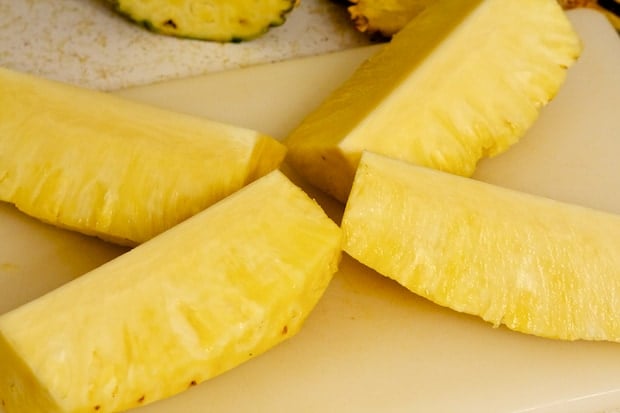 Cut right through the core into quarters. 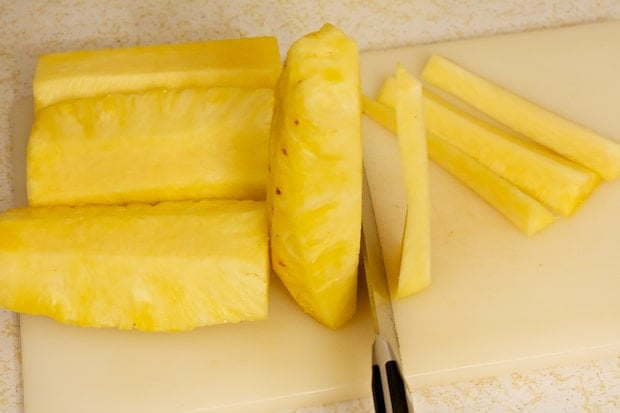 Then slice the core out of each of the four sections. Finally, chop the pineapple into tidbit size. 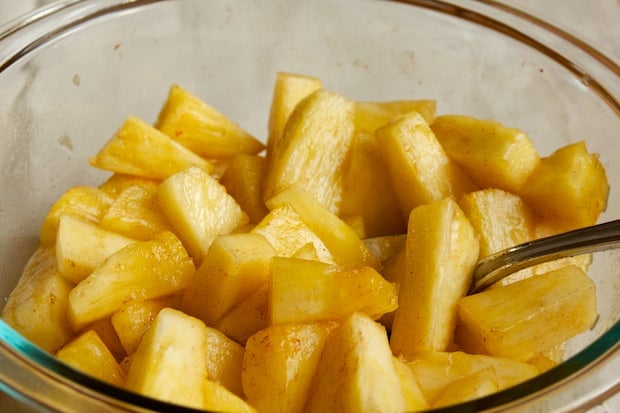 Measure out the tidbits and place in a bowl. Stir in the cinnamon and maple syrup, set aside. 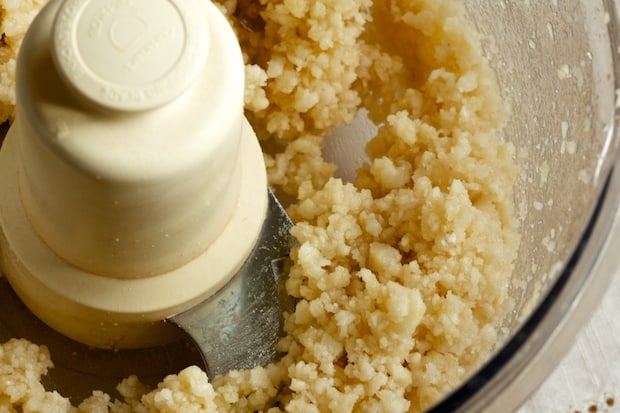 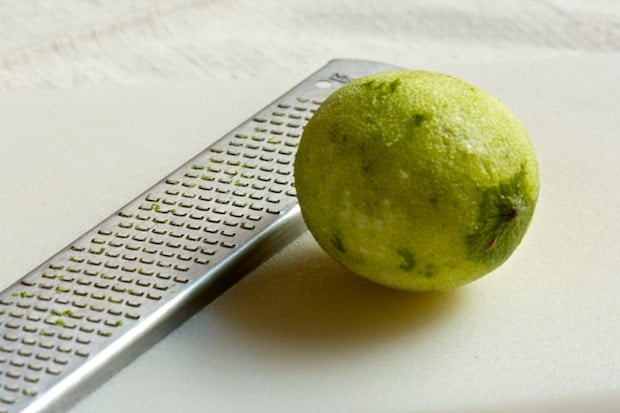 When zesting the lime, you only want the colored part.  The white pith underneath is bitter. I like using a microplane grater because you don’t get any big chunks. You’re looking more for essence of flavor than chewy bits of rind. 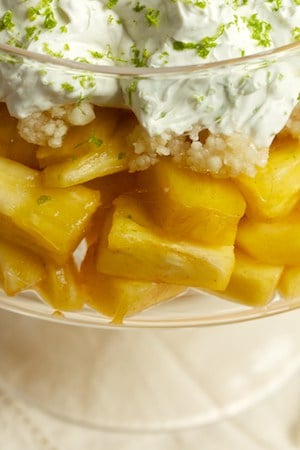 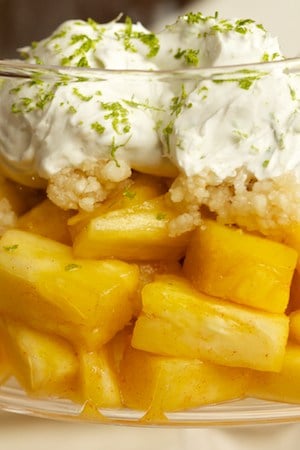 In a glass bowl or trifle dish, layer the pineapple mixture then sprinkle with macadamia topping. The crisp can be refrigerated at this point for several hours. Just before serving, top with whipped cream and garnish with lime zest. 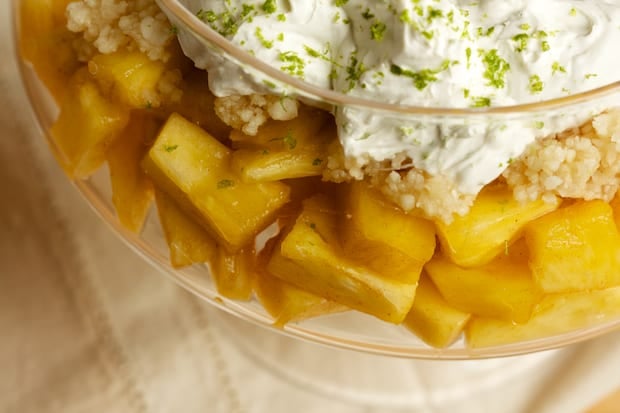 You can also assemble the crisps in individual bowls, whichever is more to your liking. 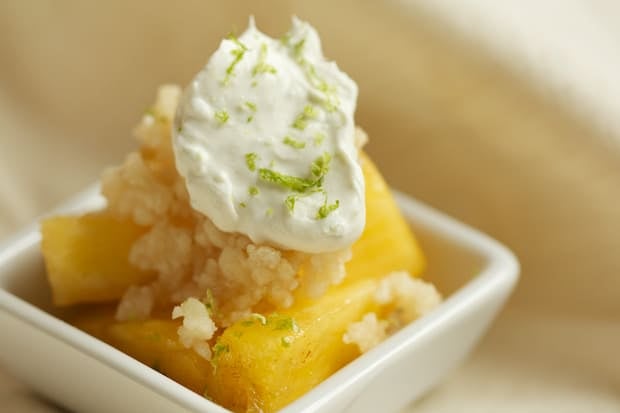 As a final note, my husband doesn’t normally like pineapple but you should see this dessert disappear! Let me know what you think, enjoy!