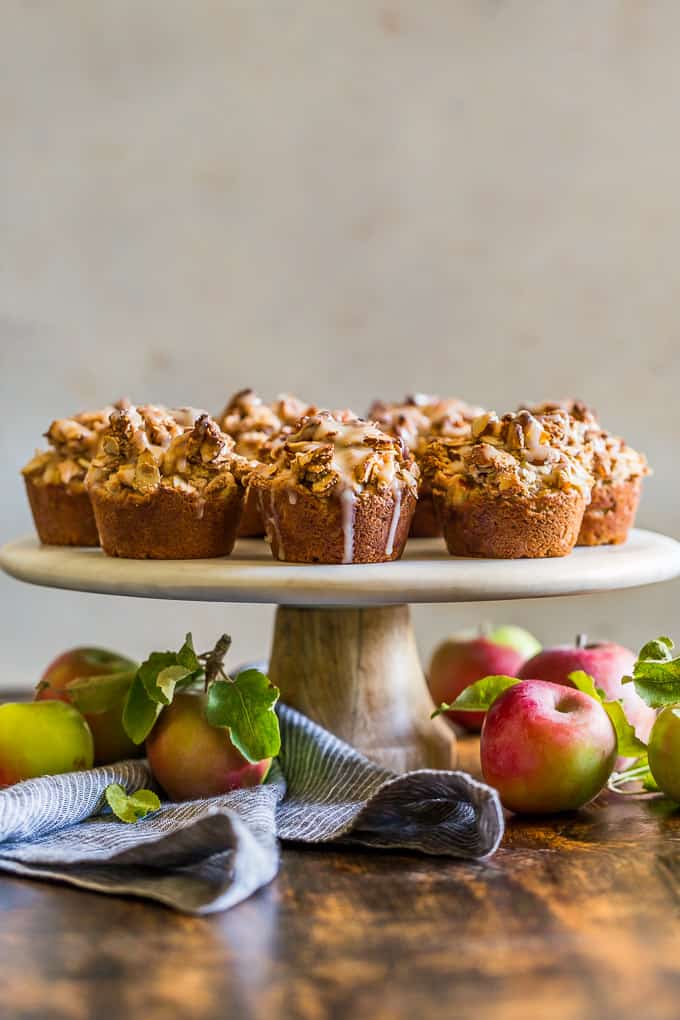 These apple muffins are inspired by a memory of muffins I used to make back in the days of white flour and sugar. They were chock full of apple chunks, and had the perfect amount of cinnamon in them. Needless to say, they were pretty much my favorite way to welcome in the fall season.

So many years have passed since I use to make those muffins that I completely forgot about them. But for some reason this fall, I found myself daydreaming about them again. So I decided to give them a makeover with healthier ingredients. But don’t worry, I kept all the apple chunky goodness with the perfect balance of cinnamon. 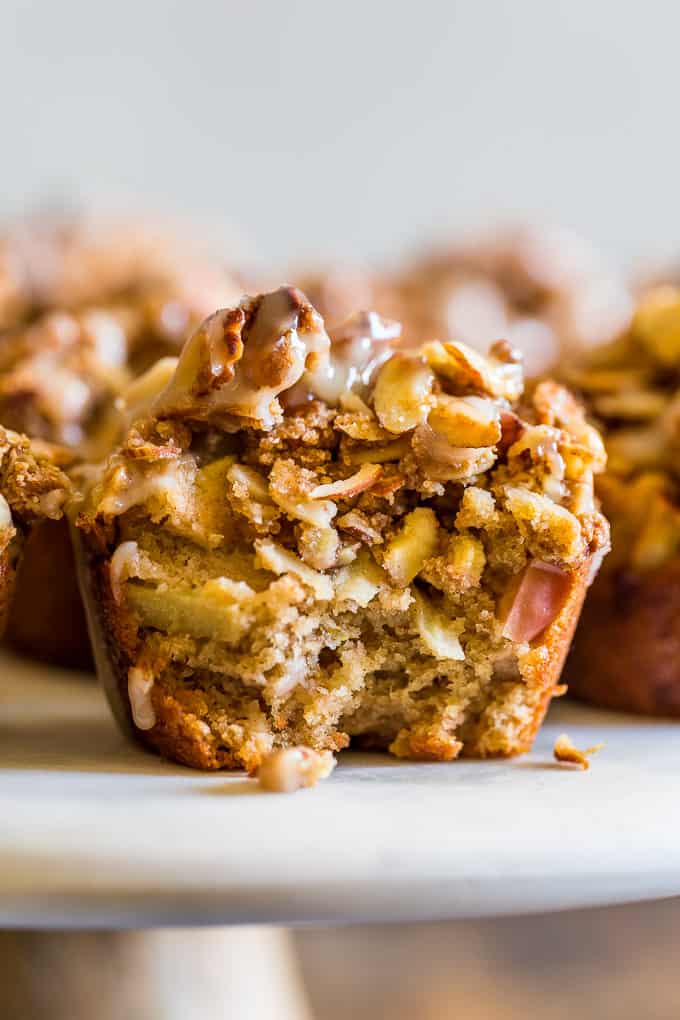 I did add a streusel topping that’s perfect for soaking up all that lemony glaze though. And that turned out to be a great idea. The combination of a touch of citrus really enhances the apple flavor, and plays off the cinnamon perfectly. 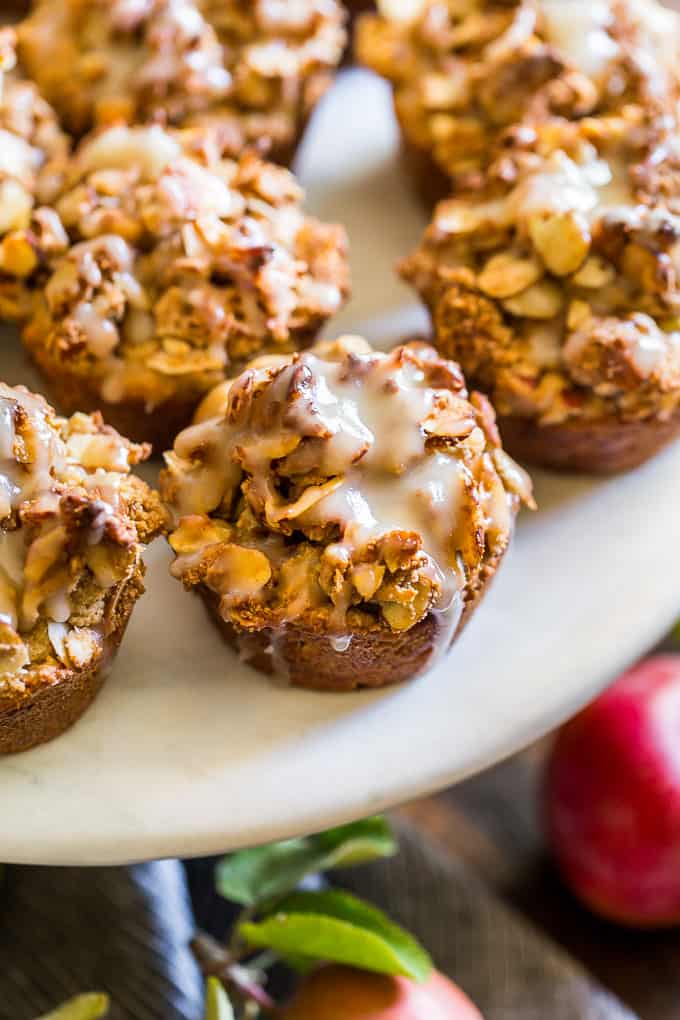 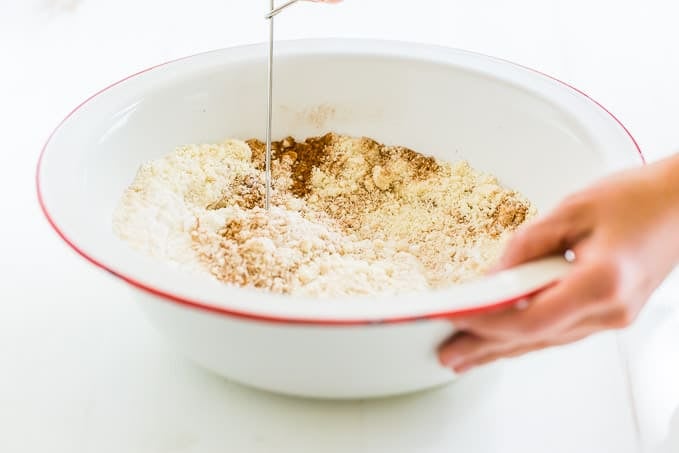 These muffins are simple to make and you don’t even need a mixer. You start by whisking together the dry ingredients… 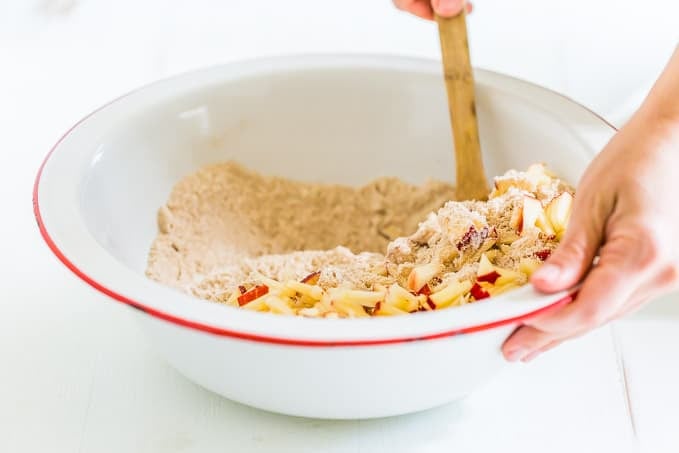 … then the apple are folded in. 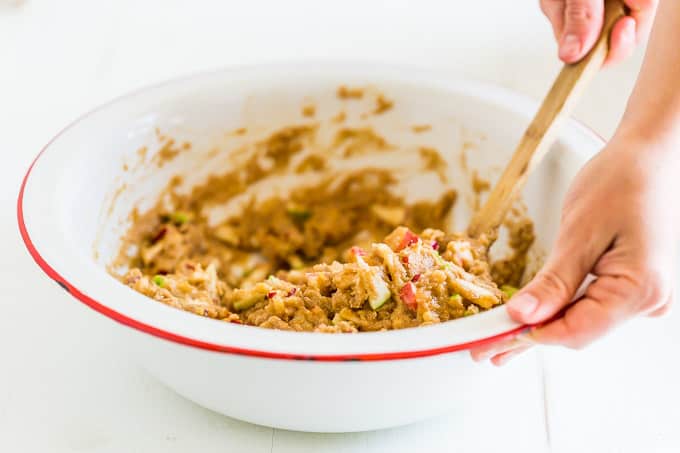 And finally you mix in the wet ingredients until a thick batter forms. Don’t worry if it seems like a ton of apples, I promise it all works out in the end, and the apple chunks really make the muffins! 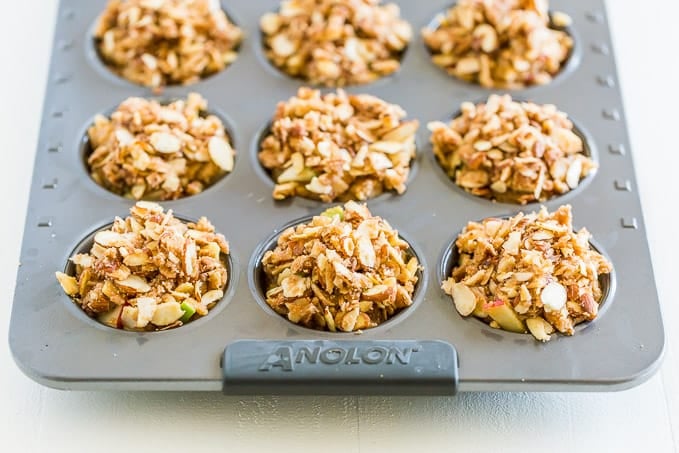 I portioned mine into a lightly greased muffin tin, but you could also use muffin tin liners. The streusel gets mixed together in a separate bowl, and portioned out evenly over the top of the muffins. It’s a lot of streusel, almost a 1/3 ratio to the muffins, and it’s really delicious this way. 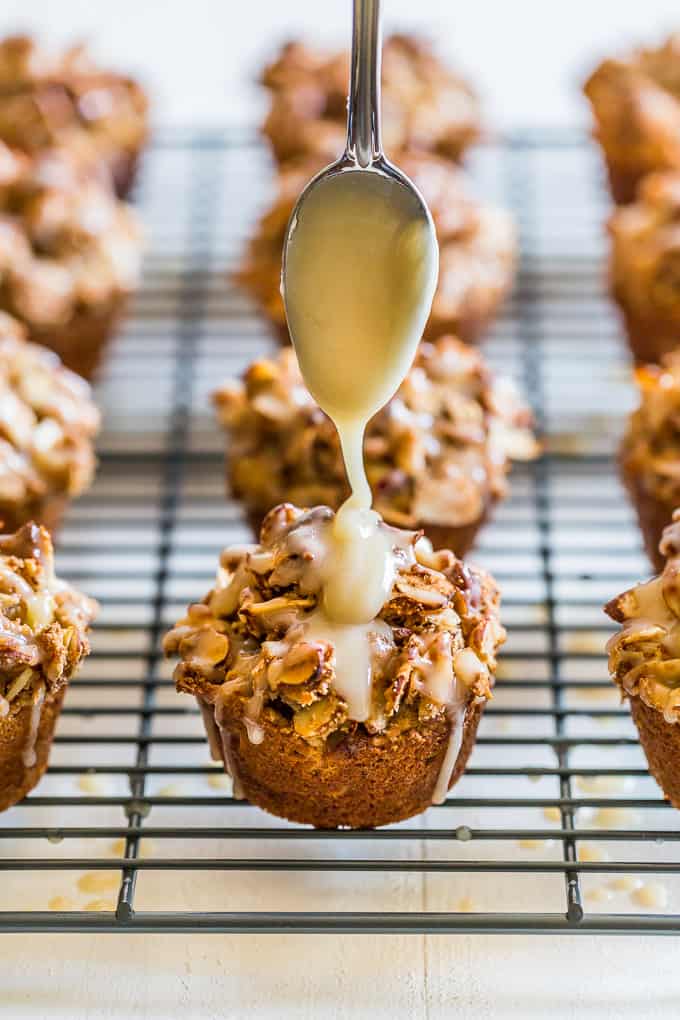 After the muffins have cooled slightly, it’s time to glaze them. The glaze is based from coconut butter which seems to give me a slightly different result every single time. So when you’re making the glaze, if it seems too thick, just whisk in a bit more lemon juice and maple syrup until it looks right. 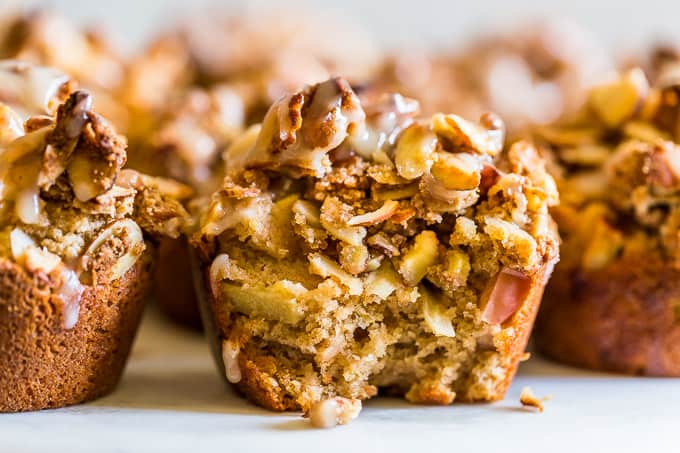 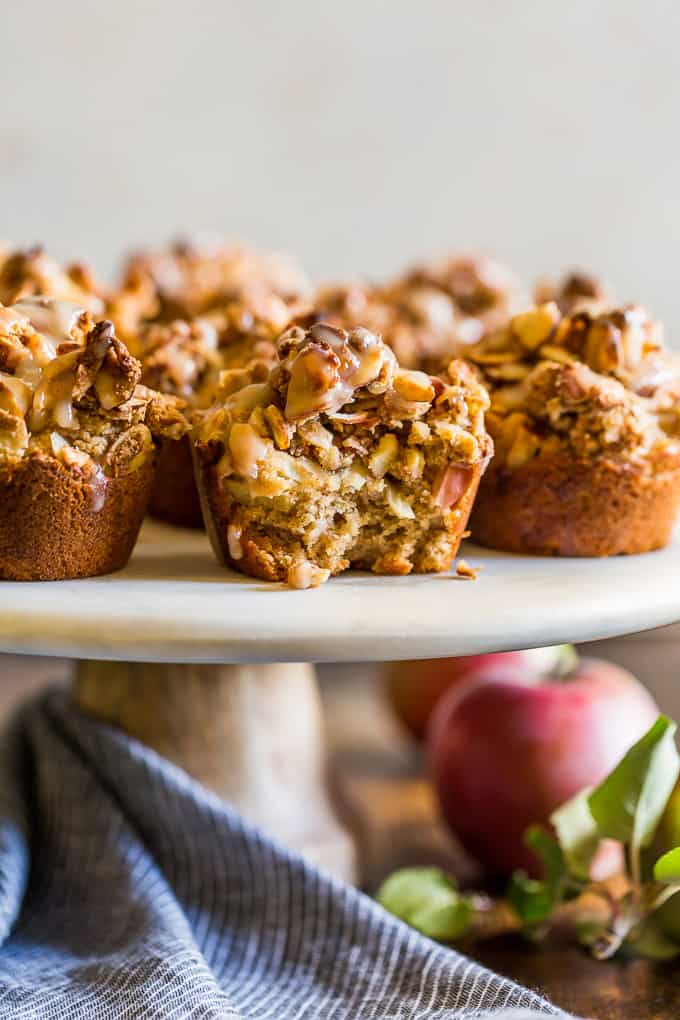 These muffins freeze really well, and can be reheated at a low oven temperature. If they’re coming straight from the freezer, it usually takes around 20 minutes at 250ºF to defrost them all the way into the middles. The glaze will also have a dull appearance after being reheated, but other than that, they’re just as good as fresh!

Baking apples like McIntosh or Granny Smith add so much more flavor to baked goods than eating apples. Baking enhances their flavors, where with an eating apple like a Gala, baking makes them taste quite bland.