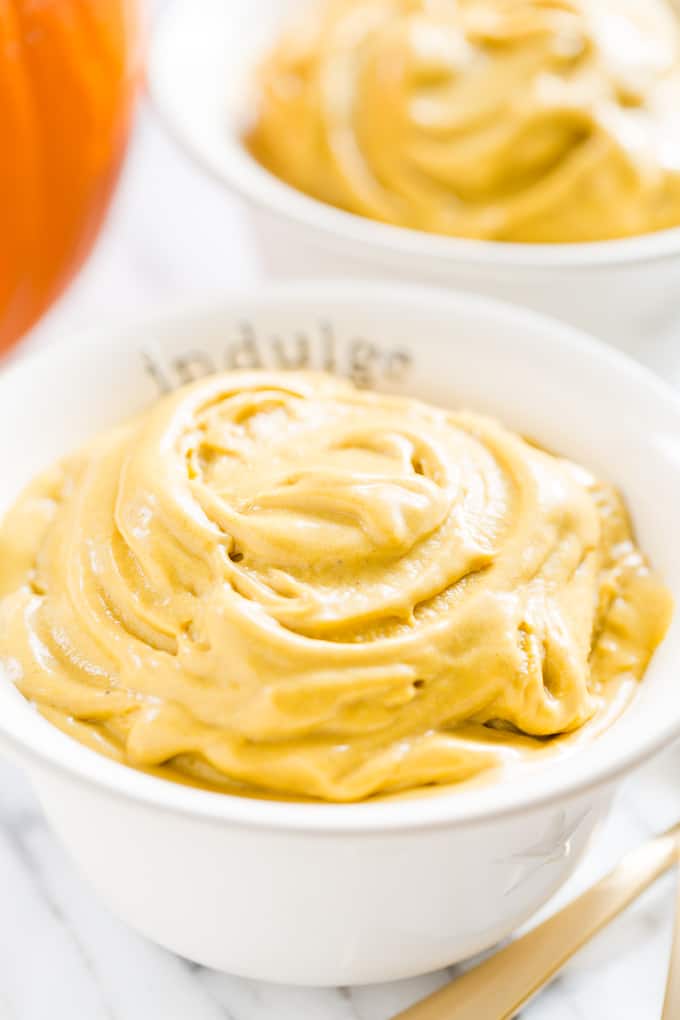 I love it when I get a recipe request from a reader because it always challenges me to come up with something I might not have thought of on my own! This ice cream started with a request for a dairy free pumpkin ice cream which at first I thought would be simple enough. But as I would soon find out, I was in for some serious failures in the ice cream department.

My first thought was to use cashews as a base because I’ve had some bad experiences before when I’ve combined coconut and pumpkin, (something about it tasted like soap to me). However, I couldn’t get the cashew ice cream base totally smooth, and even after straining it there was still a gritty quality that just isn’t what you’d want in an ice cream. 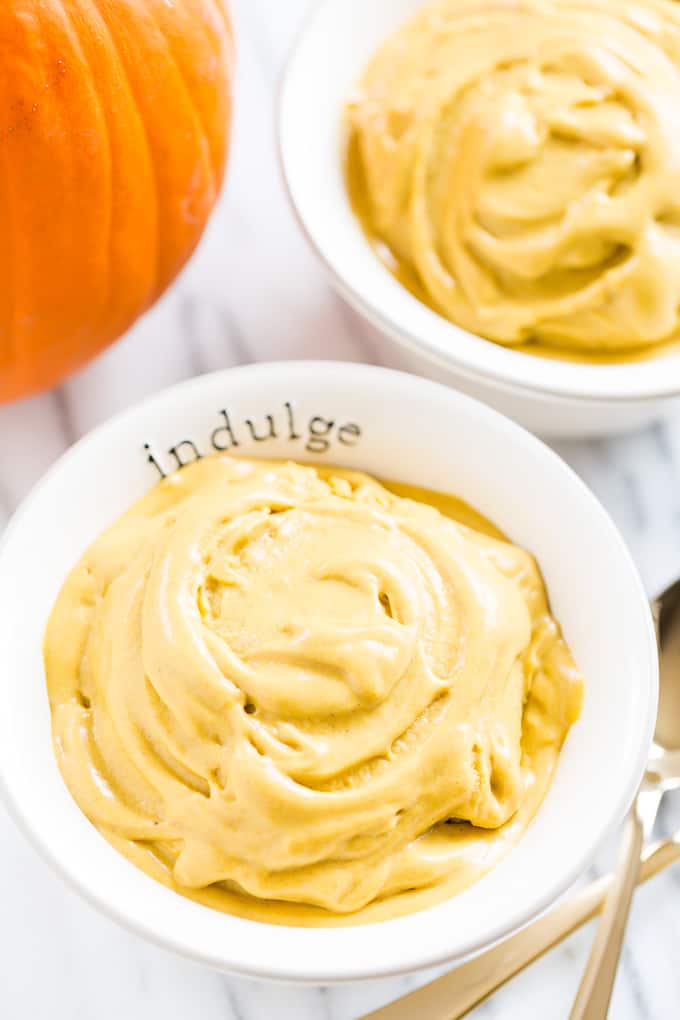 So… with little in the way of dairy free options left, I broke down and tried using coconut milk. To my surprise the combination in this case was super good, but I wasn’t out of the woods yet. When I tried blending the pumpkin purée and coconut milk together in the blender, something weird happened and the fat from the coconut milk separated into little hard granules.

Instead of admitting defeat again, I threw it in the ice cream maker anyways hoping for the best. What happened is exactly what you’d expect, the little bits of separated coconut milk hardened in the ice cream freezer to a lumpy, chalky texture… so back to square one again. I knew this time my only option was to cook the ice cream mixture on the stove with a thickener to make sure that the coconut milk and pumpkin purée didn’t separate again.

As it would turn out, the 3rd time really is the charm, and the ice cream base came out super creamy and smooth. It’s really at it’s best fresh out of the ice cream freezer because of it’s creamy soft serve texture. But if you do freeze it for later you just need to give it some time to thaw a bit on the countertop, (homemade ice creams freeze to a much harder texture than store bought). 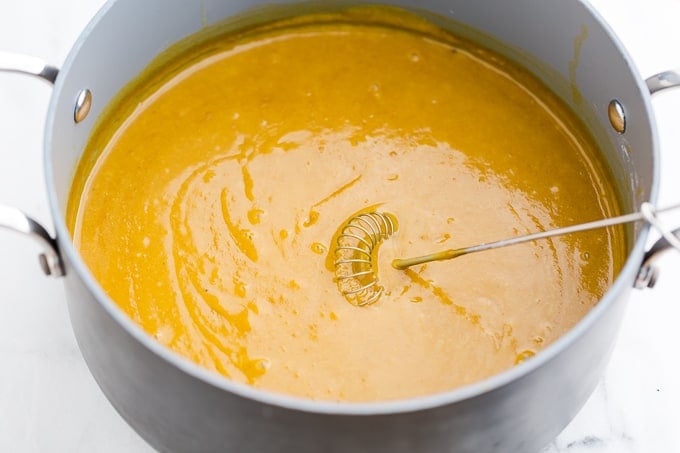 While I really do prefer to keep my ice cream recipes as simple as possible, (usually just blending up a few ingredients before freezing) this ice cream really does need to be cooked and cooled into a pudding of sorts before you can freeze it.

It will be fairly thick after it comes to a boil, but after it’s been refrigerated it will be the consistency of a thick pudding. This really helps it maintain a creamy texture after it’s been frozen. 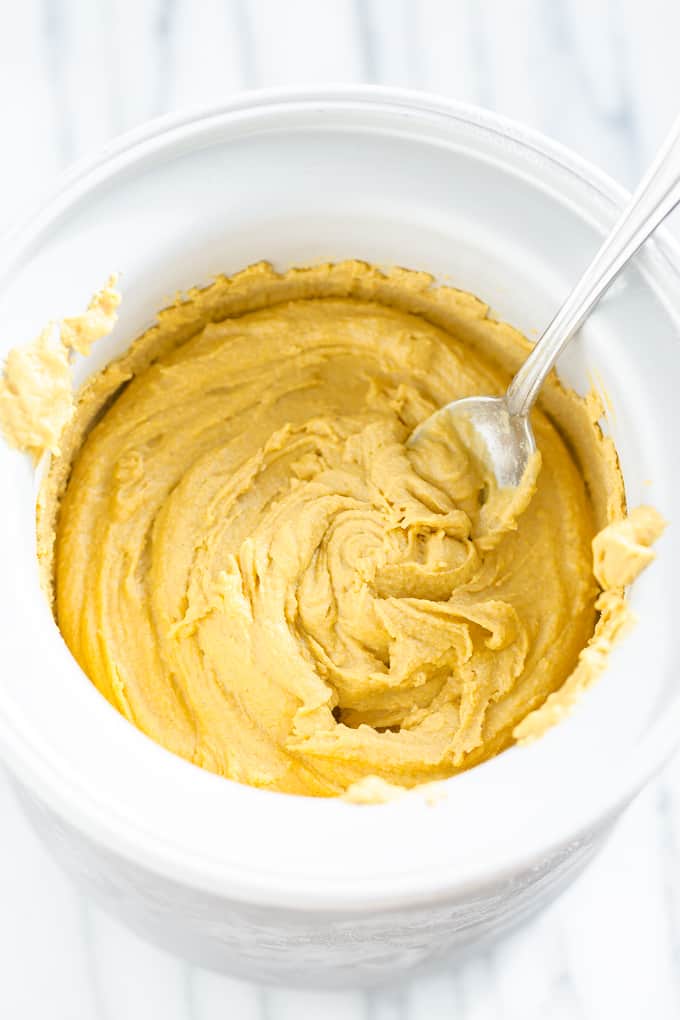 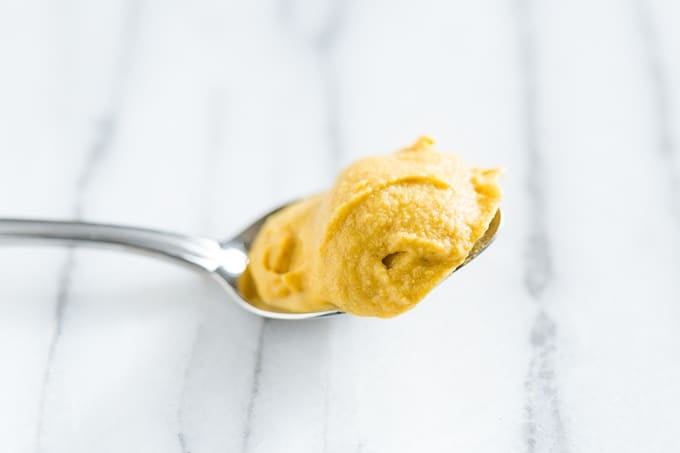 You can tell when the ice cream is done and ready to be taken out of the machine by the way it will sit up on a spoon instead of sliding right off. 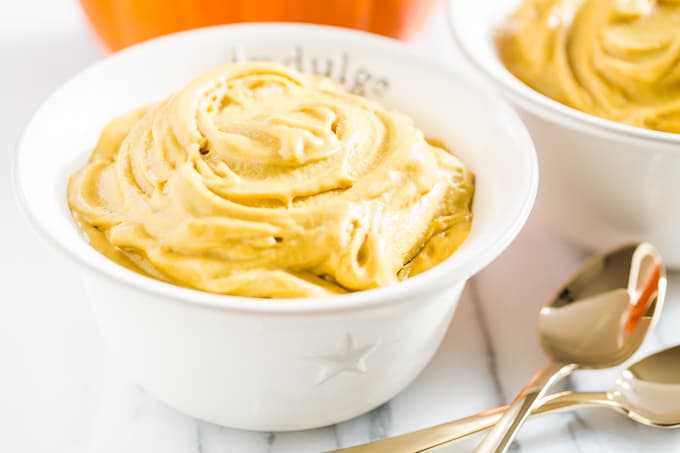 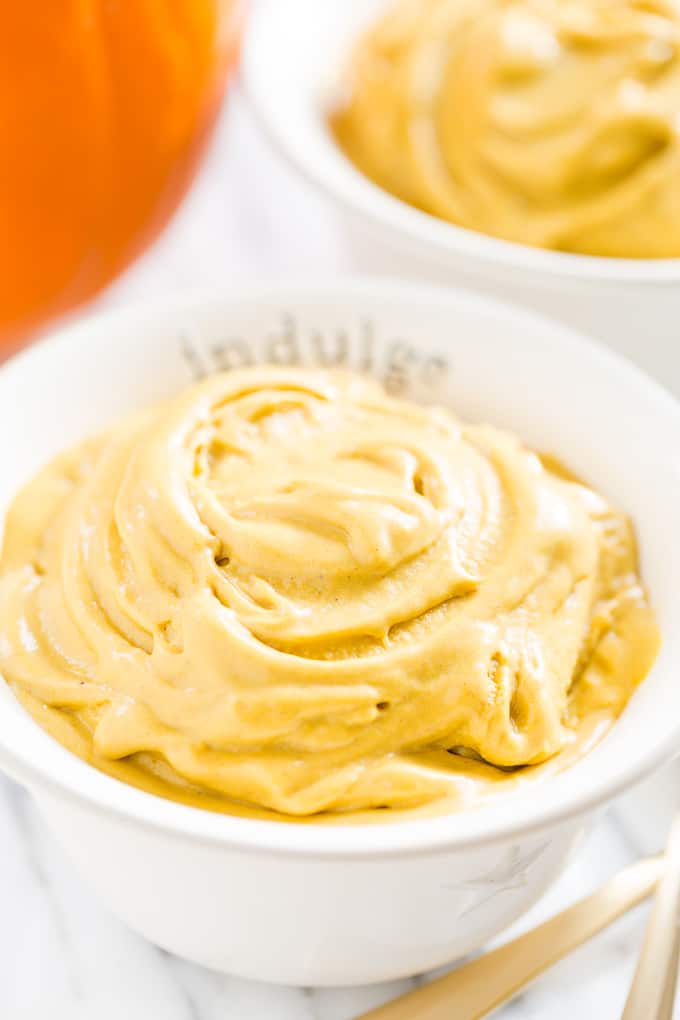 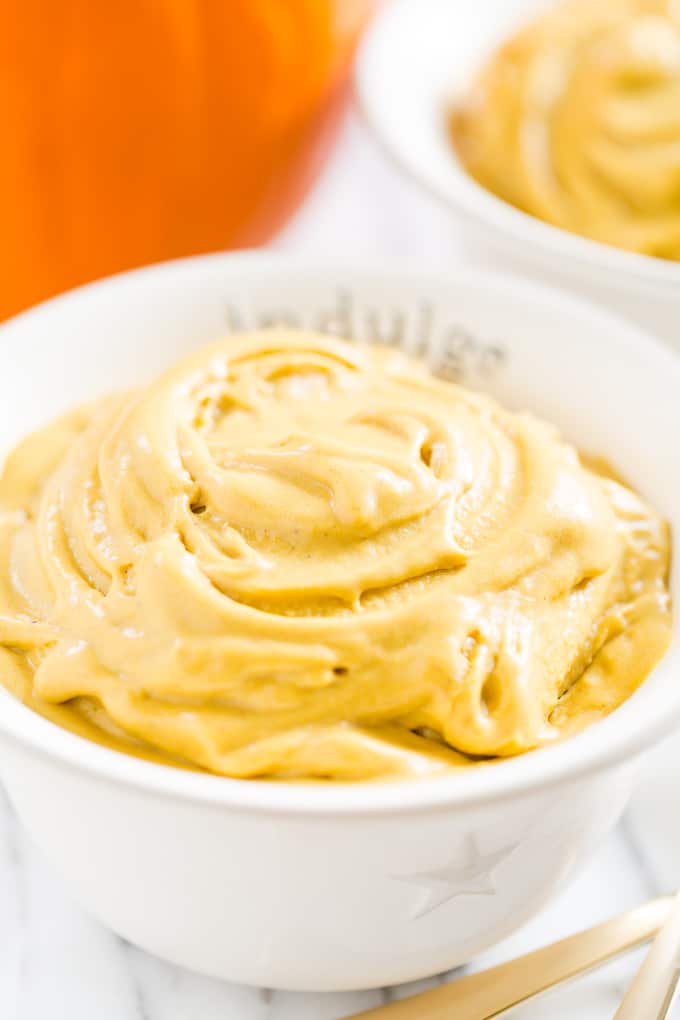 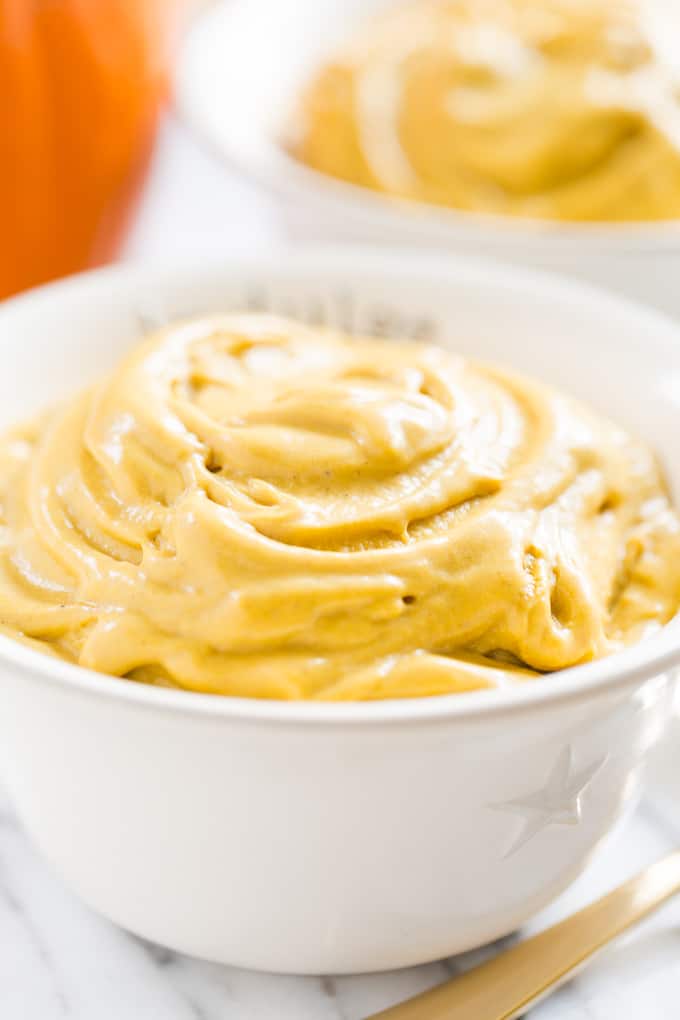 I think you can see what I mean about the dreamy soft serve texture, and I love how it tastes like pumpkin pie only better because of the super creamy consistency, (ice cream pie anyone?).

The recipe calls for refrigerated coconut milk because it’s much easier to scrape off the coconut cream from the top of the can if it’s been chilled first.