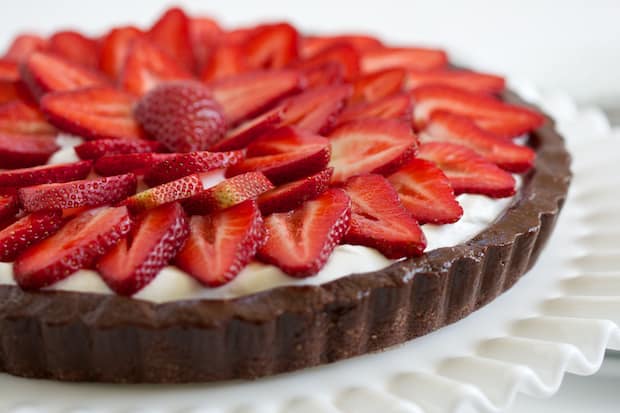 Imagine a fudgy brownie crust filled with a light creamy filling, and topped by the first sweet strawberries of Summer. This decadent tart is my official start to the berry season, albeit a little early. As much as I love the citrus fruits and mangoes in the colder months, there is nothing like the first juicy berry after a long winter. 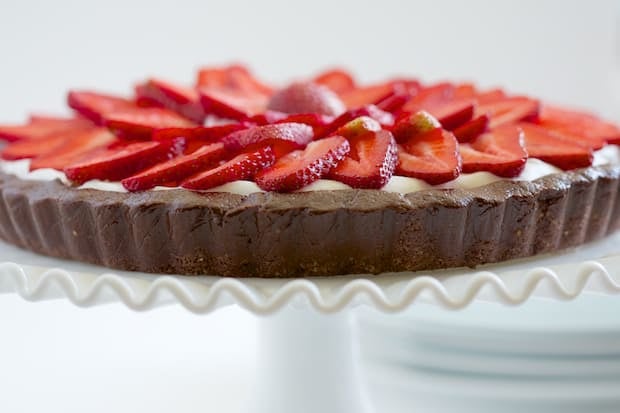 If you needed something to make for Mother’s Day, I think this could be the ticket. 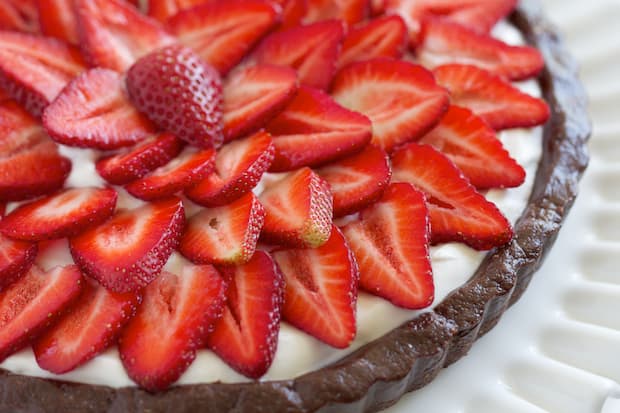 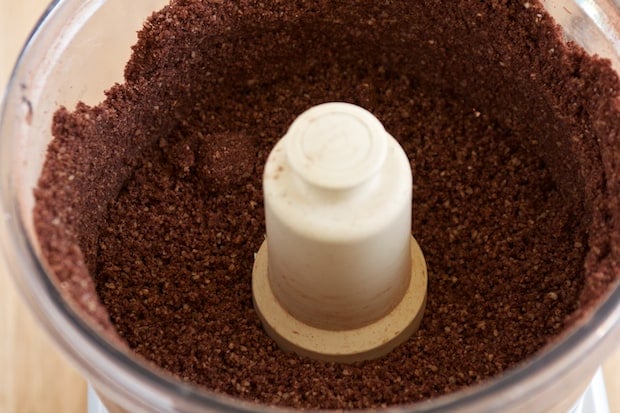 Pulse the walnuts and cocoa powder in a food processor until finely ground and the mixture starts to clump. 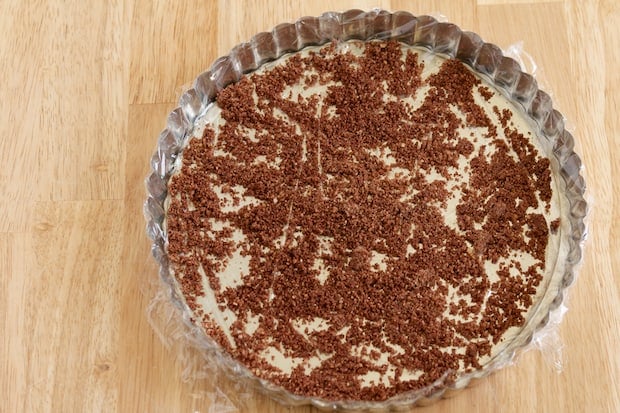 Sprinkle a little of the walnut crumbs into the bottom of the pan to ‘flour’ it. This step prevents the crust from sticking to the plastic wrap, making it so much easier to serve. 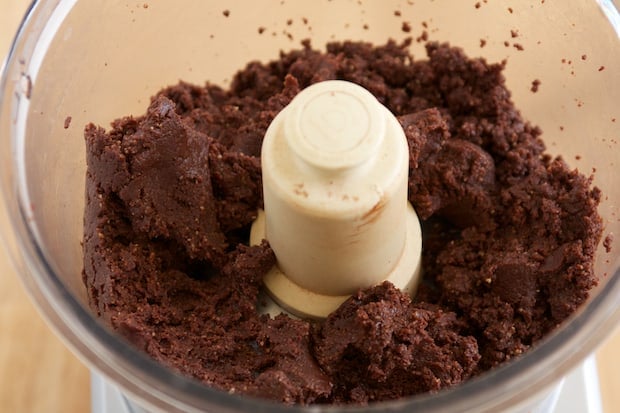 Add the honey and sea salt to the processor and pulse until a dough forms. 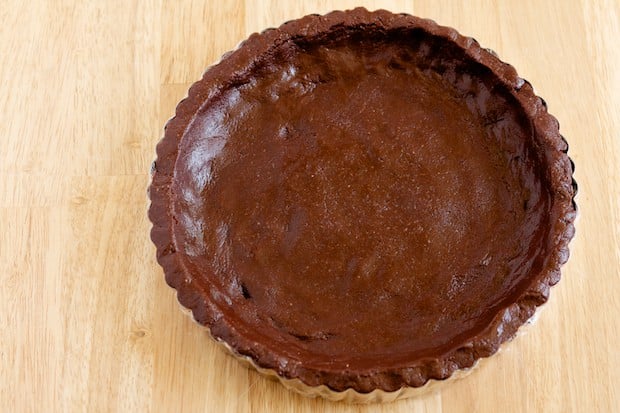 Pat the brownie crust into the tart pan and refrigerate while you prepare the rest of the recipe. 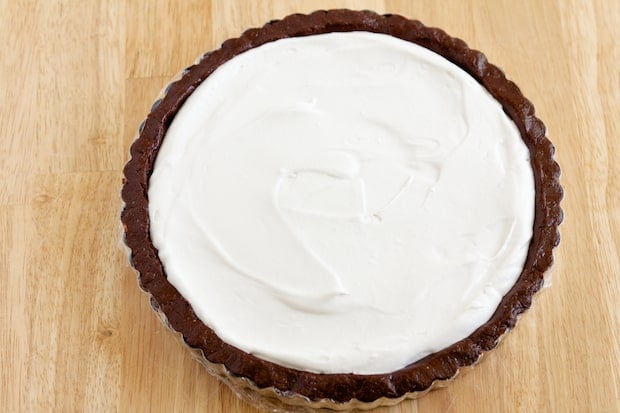 Spread the coconut whipped cream into the tart shell and refrigerate until you are ready to serve. 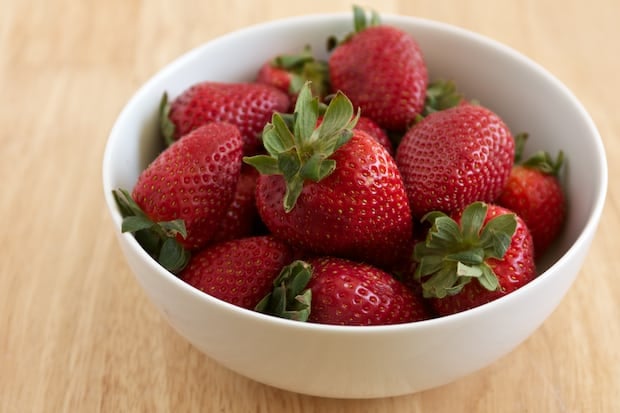 I love the first juicy berries of Summer. To be honest, strawberries aren’t in season here in Montana until July! But, I just cannot resist the first ripe ‘import’ berries. One thing I’m going to miss this year is not having the abundant ripe berries from British Columbia. 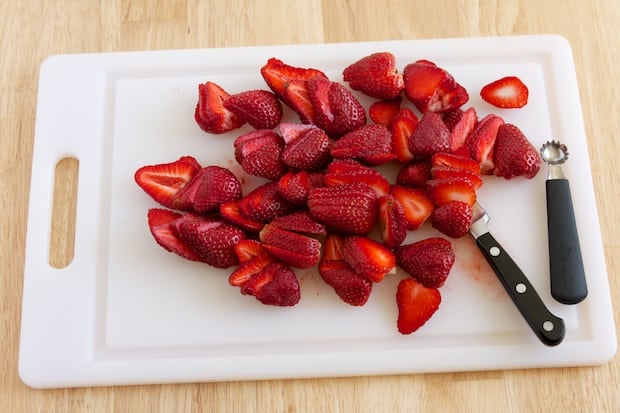 Thinly slice the strawberries and place them in a circular pattern, starting with the outside edge and working toward the middle. 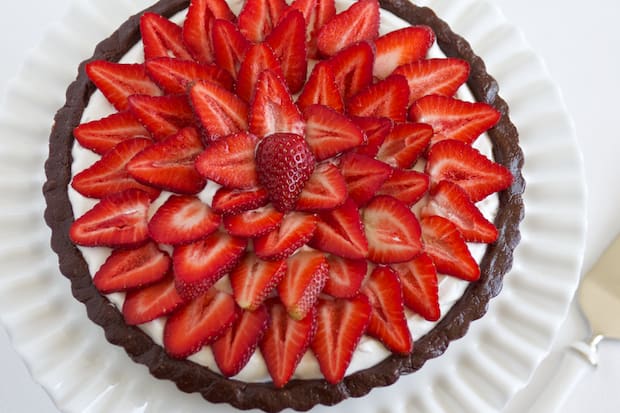 The tart looks best if you don’t use the ends of the strawberries to make your circles. The ends distract from the pattern, so I served them alongside. More berries = more better (grammar alert). 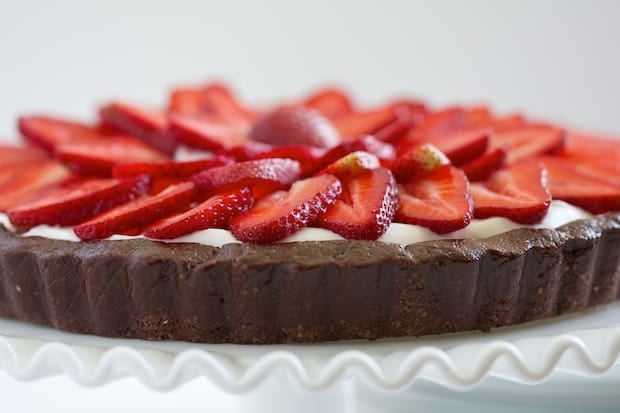 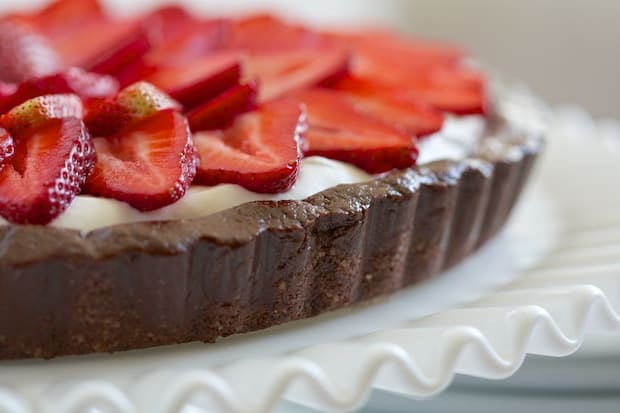 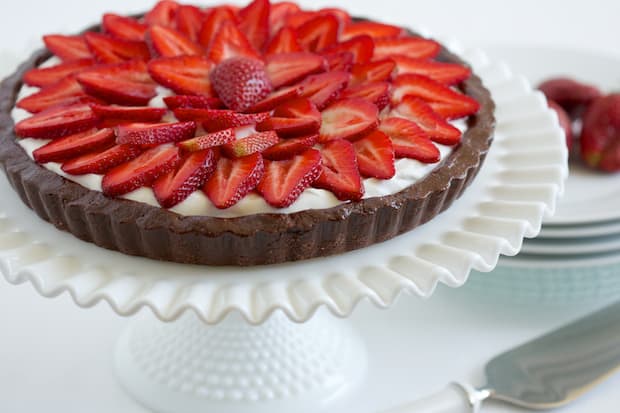 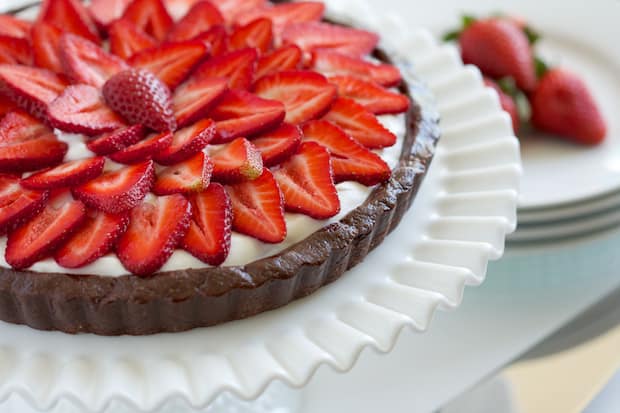 It’s not as time consuming as you might think to arrange the strawberries, in fact it only took 5 minutes to place them in concentric circles.  I am loving this tart for it’s utmost simplicity. It’s soo.. easy to make the crust that I’m envisioning all kinds of variations to come.

Update: I’ve been noticing that the amount of coconut cream in a can really varies. So, if there isn’t very much cream in your can you can do one of two things:

1. You can whip the entire can of coconut milk for a slightly softer filling.

2. You can use the cream from 2 cans of coconut milk to make enough filling for the tart.

For Vegan, substitute maple syrup for the honey.

You may need two cans of coconut milk if there isn’t very much cream in the can. Or, you can whip the entire can of coconut milk for a looser filling. For Vegan use maple syrup instead of honey.