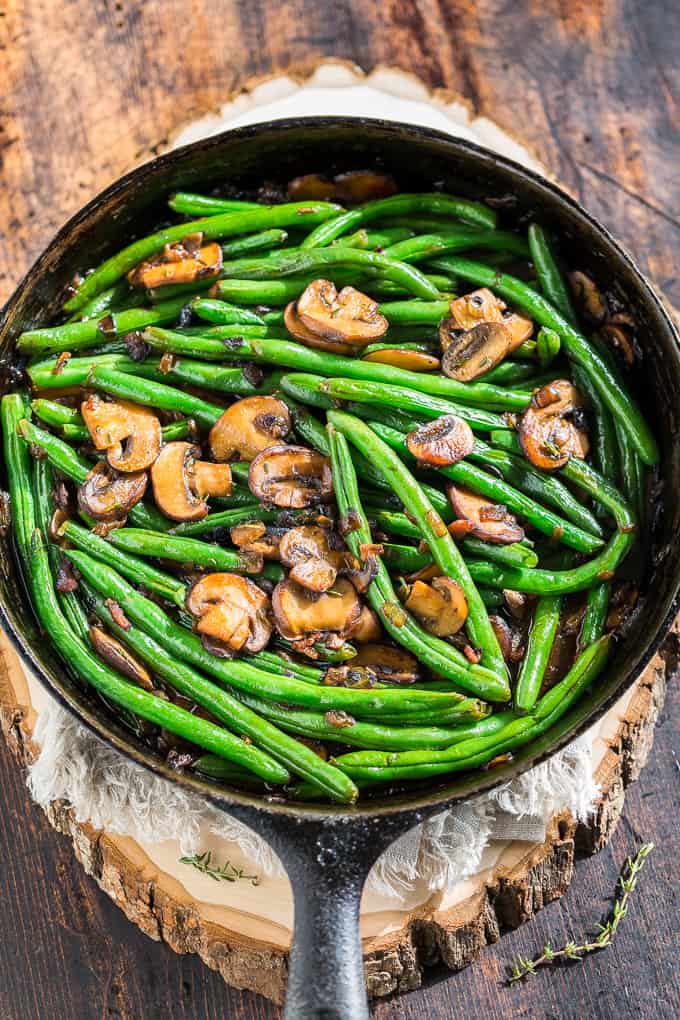 This recipe is loosely based off a homemade green bean casserole I used to make that had several cups of heavy cream in it. But somewhere along the line, I decided that for me heavy cream was wasted on green beans, and that I’d rather have it over pasta thank you very much!

So instead, these green beans are surrounded by a most savory sauce flavored by bacon bits, pan seared mushrooms, and fresh thyme. And I’ll have to say I enjoy this side dish much more that the old heavy cream version. It pairs much better with any main dish you might want to make, and there’s no lack of flavor by ditching the heavy cream.

(As a side note, if you’re a pasta with cream sauce fan too, check out my Tuscan Sundried Tomato Italian Sausage Pasta or this Creamy One Pot Caprese Pasta). 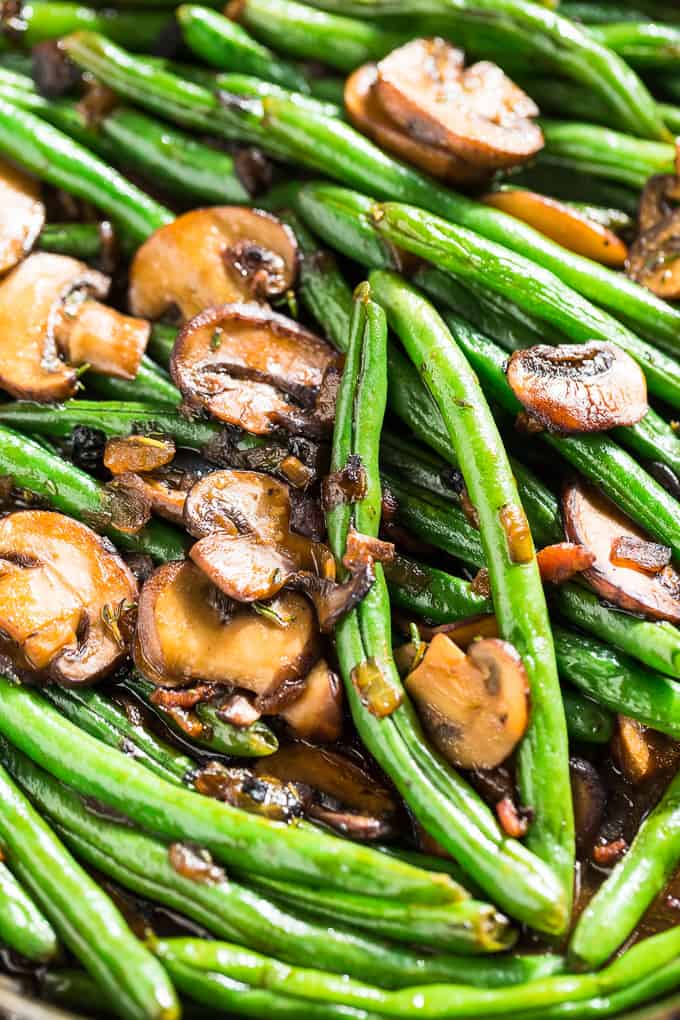 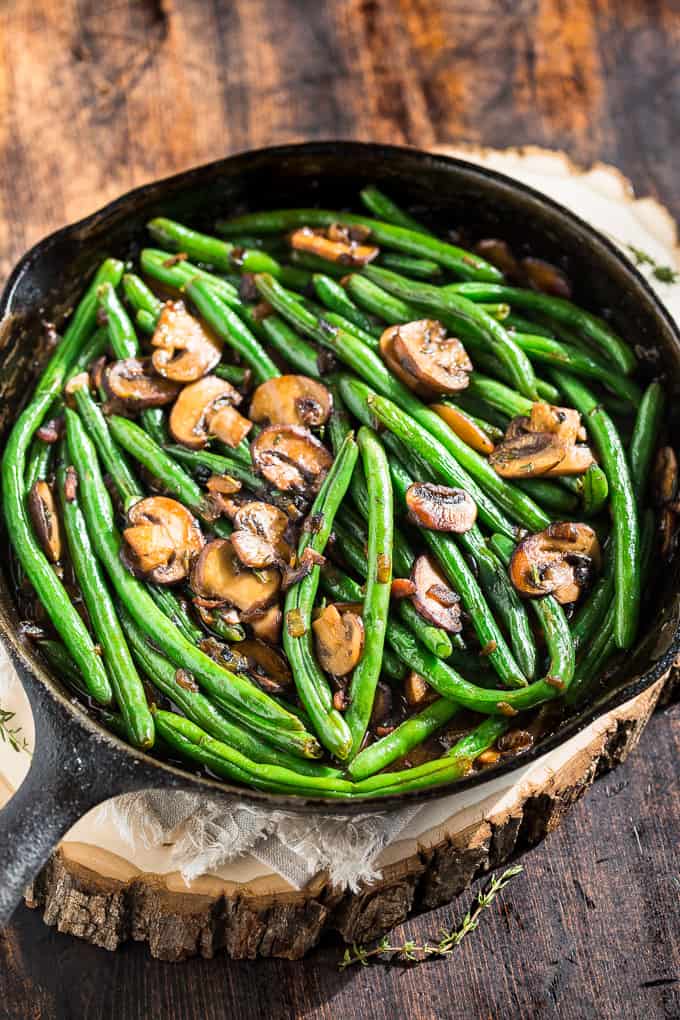 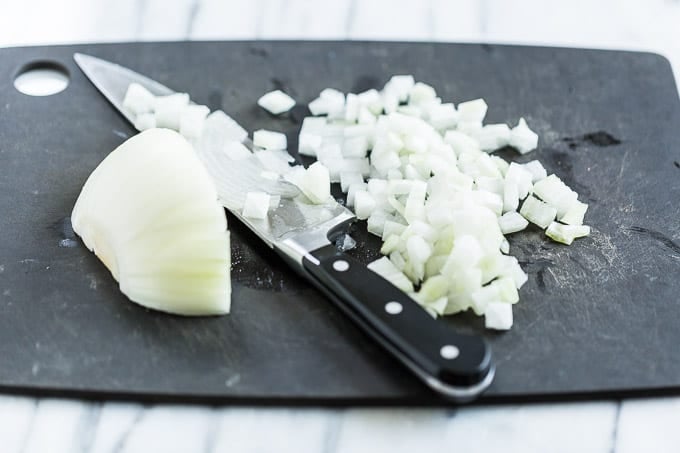 For this recipe, I like to dice the onion fairly small at about 1/4″. That way it adds some texture without being too overwhelming. 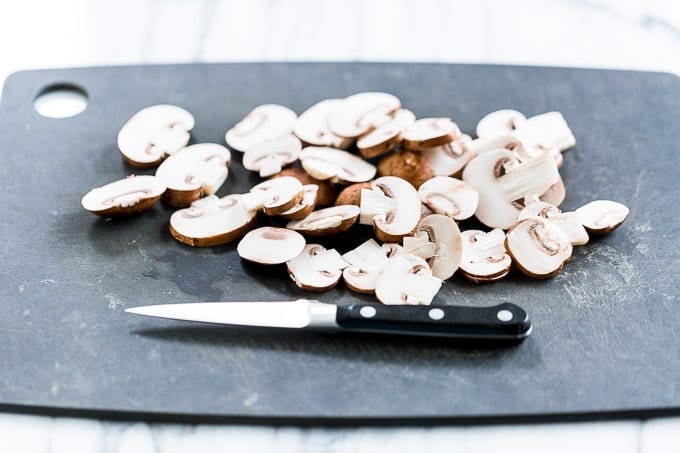 I had small crimini mushrooms, so it worked well to thinly slice them. But if you have larger mushrooms, you might want to cut them in half again so that they’re bite sized. 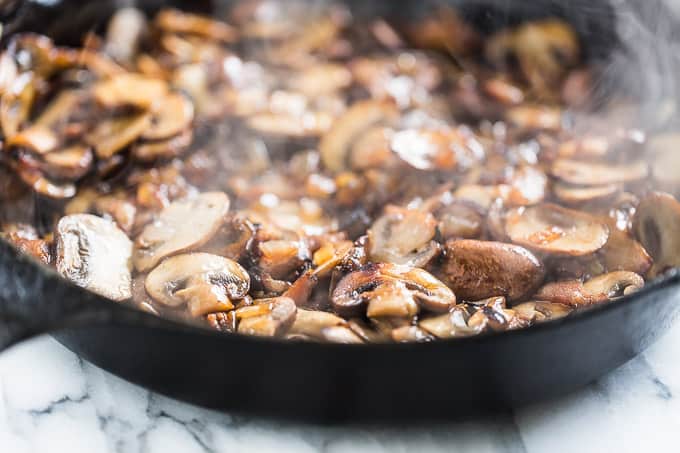 First the bacon bits get seared of medium high heat, and then you’re going to want to crank up the heat to high, (which is where all the flavor comes from in this recipe, so don’t be afraid high heat, it just requires a little more attention). Then the onions are added, and finally the mushrooms. The high heat in a cast iron pan perfectly sears each ingredient, which add so much flavor once the chicken stock is added to the pan, and it all just melds together with a touch of thyme. 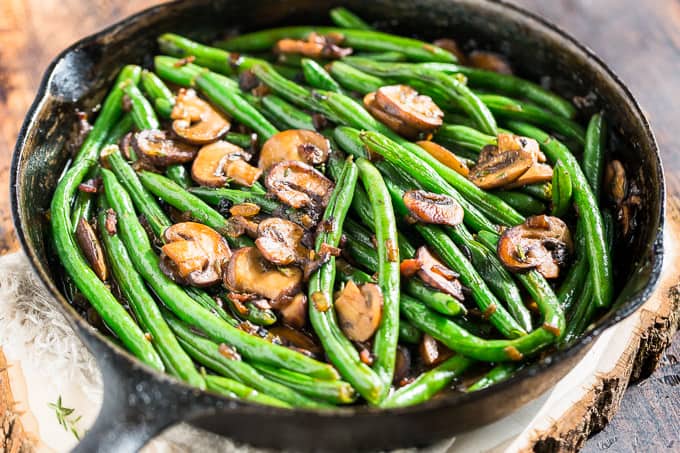 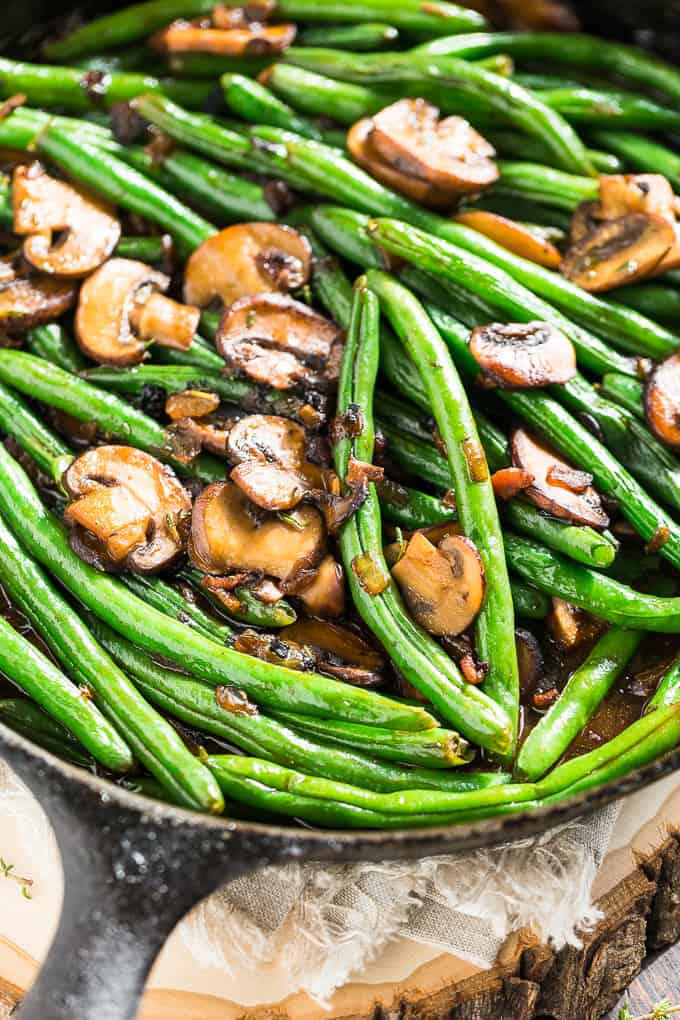 These green beans are also a great side dish to add to any holiday or dinner party because the sauce can be made ahead of time. Then when you’re ready to serve them, just simmer the sauce together with the green beans for a few minutes until they’re tender. And since these are made on the stove top, they don’t take up valuable real estate in the oven, which obviously is reserved for turkey and stuffing!