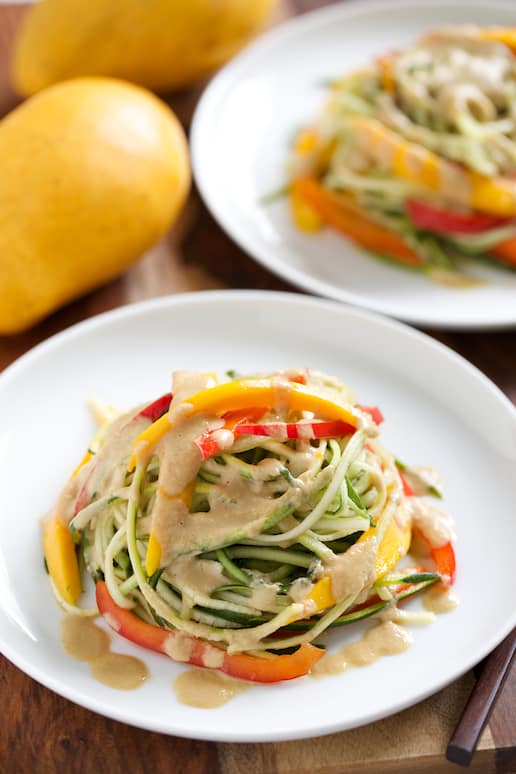 This creamy ginger dressing is really addictive – I’m putting it on everything! It actually gives you a reason to love vegetables – it’s that good! I’ve had the recipe for years, but it was lost in the shuffle of the last 5 moves we’ve made. I’ve starting going through our boxes and organizing lately, when I found this recipe I was so excited to start making my old favorite again!

This dressing recipe was given to me by a friend a number of years ago, and I’ve been altering it to make it easier and healthier now that I no longer eat some of those foods (keeping with the times and all). I’ve eliminated all the processed ingredients and subbed them for whole foods. It’s reminiscent of peanut sauce – but more piquant with a bite from the ginger and saltiness from the soy sauce. It’s fresher and lighter than heavy nut based dressings because you blend celery into the base which creates a light creamy dressing! Even though celery isn’t my favorite flavor, you don’t taste it in the dressing and I love the texture! 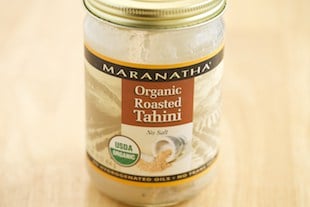 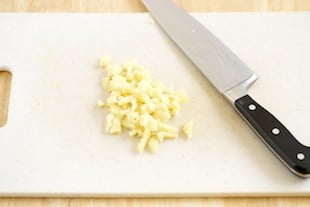 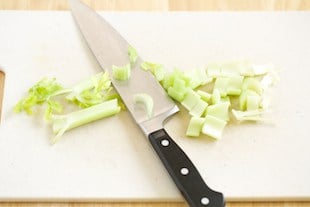 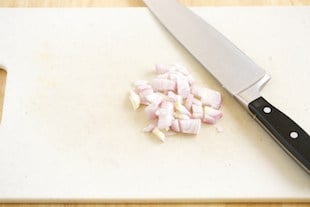 Roasted tahini (sesame seed paste) is the key ingredient that gives the dressing a nutty undertone. For the ginger, celery, and shallot – it’s not necessary to chop them finely if you have a high powered blender. Just give them a rough chop and let the blender do the rest! 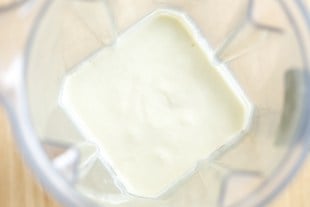 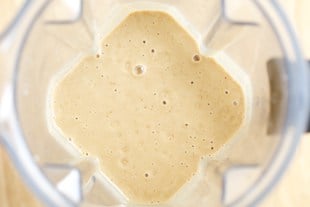 The ginger, celery, and shallot are blended together with the oil to make a creamy base, and the soy sauce is added in the end. This extra step is necessary to achieve the super creamy texture. 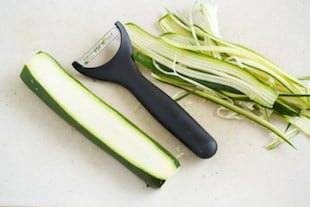 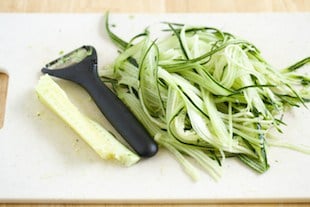 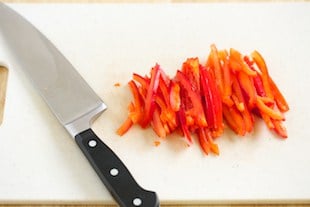 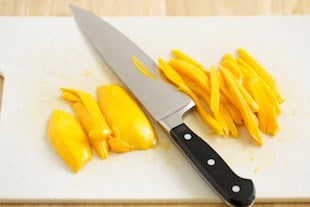 For the vegetable noodles, you can use a spiralizer if you have one or a julienne peeler like the one in the top 2 pictures. For more info about how to make zucchini noodles you can read my vegetable noodle post . For the cucumber noodles, use the peeler to cut noodles from 1 side until you run into the seeds and it won’t form noodles anymore, then start peeling from the other side until you’ve worked your way around the cucumber and only the core of seeds is left, (I just snacked on the leftover cucumber). For the bell pepper and mango, cut them into strips as thinly as possible to mimic noodles (or if you’re in a hurry, cut them into small cubes). 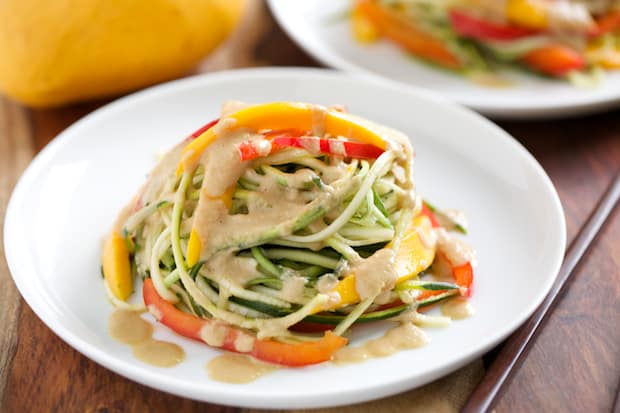 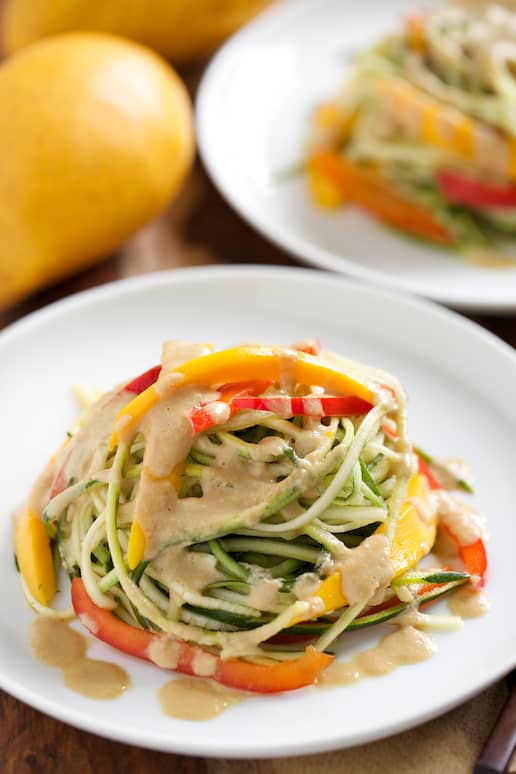 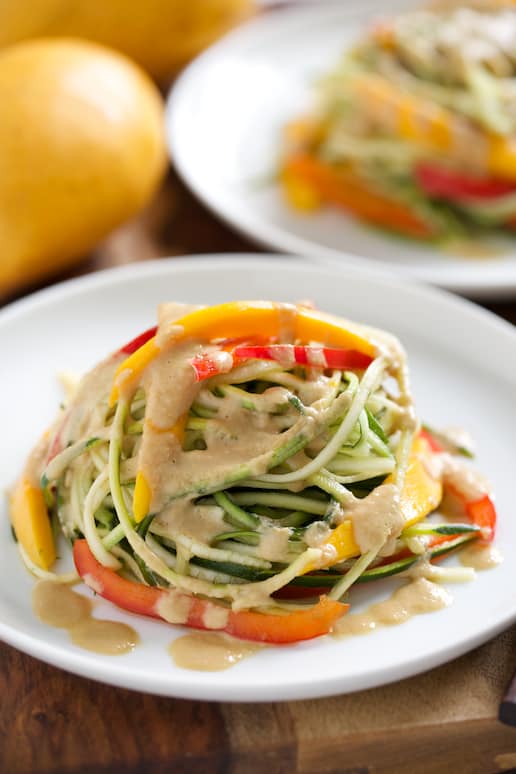 Serve the veggie mango noodles with lots of nutty ginger dressing! Only dress the noodles when you’re ready to eat, the veggies will shed water as they sit in the dressing which makes for less flavor punch. The noodles will keep separate from the dressing for 1 day, after that the mango starts to turn brown. The dressing however keeps for more than a week. I make a double batch and put the leftover dressing in a quart sized mason jar for deliciousness all week long!