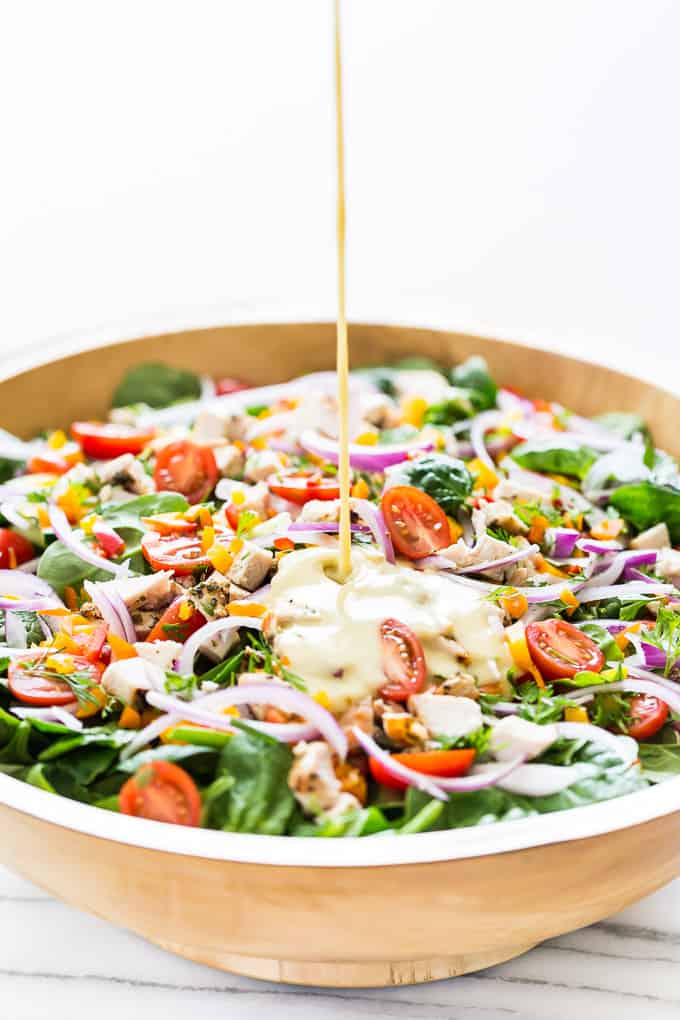 I’m broadening my horizons with this salad, and I’m loving the different flavors! I’ll be the first to admit that I’m addicted to cheese, and I find it really difficult not to include it in every recipe. But for this salad I decided to challenge myself, and make it completely dairy free.

There’s so much delicious flavor going on here, you definitely don’t need cheese. But if you’re not dairy free, and you’re a fellow cheese addict, go ahead and add in some crumbled feta – you won’t be sorry! 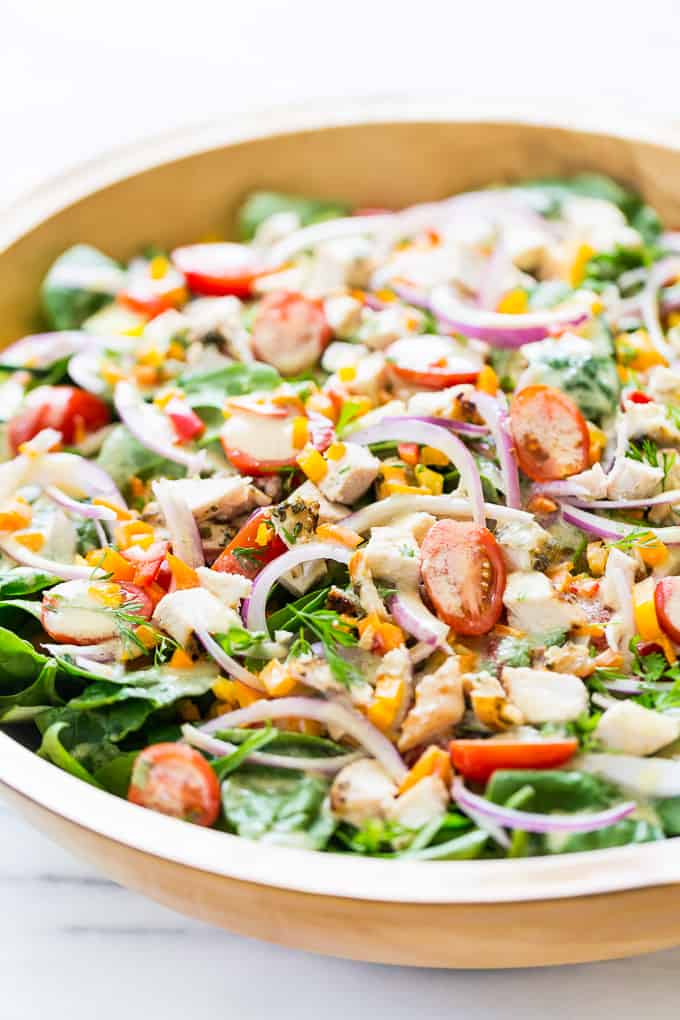 First you have the oregano marinated grilled chicken, then there’s the abundance of farm fresh vegetables, and it’s all topped with a hummus dressing! There isn’t any actual hummus in the dressing because the beans make the dressing grainy/gritty. Instead there’s all the flavors of hummus including: tahini, lemon juice, cumin, and olive oil. It makes the most addicting dressing, and it’s perfect for anyone who can’t have legumes.

On the other hand, if you don’t eat meat, sub out the chicken for cooked chickpeas. Then add some chopped fresh oregano, and you have a flavor packed meatless meal. I like to keep my recipes as adaptable as possible so you can adjust it to suit your diet. But that also makes it really hard to settle on a final version to actually put on the blog. Either way you go, you’ll love this incredible salad! 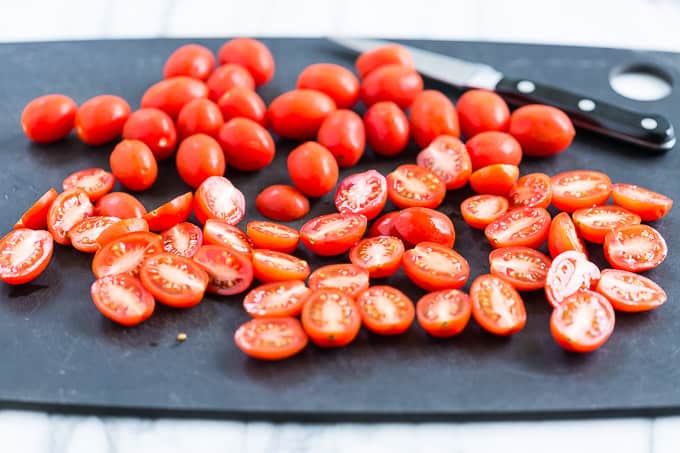 I try to use cherry tomatoes as often as possible in my recipes because they’re the most reliable in flavor. You can also use whichever tomato you prefer cut up into small bite sized pieces. 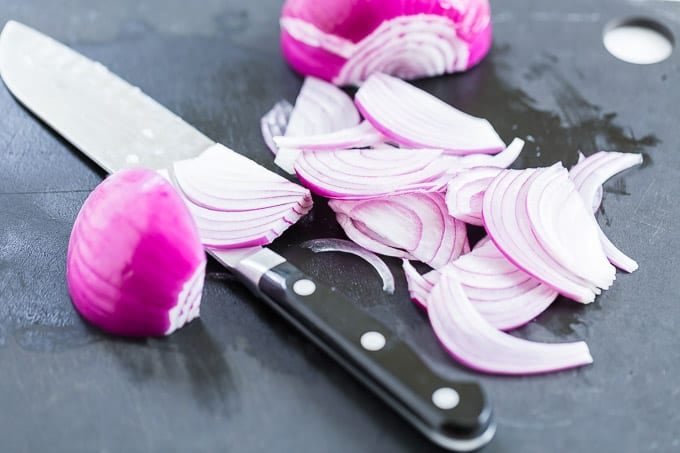 Thinly sliced red onion really adds a lot to a salad. I know several people who really hate the punchiness of raw onion, so if that’s case just use thinly sliced green onions in place of the red onions. You can also grill the red onions along with the chicken to take the edge off. 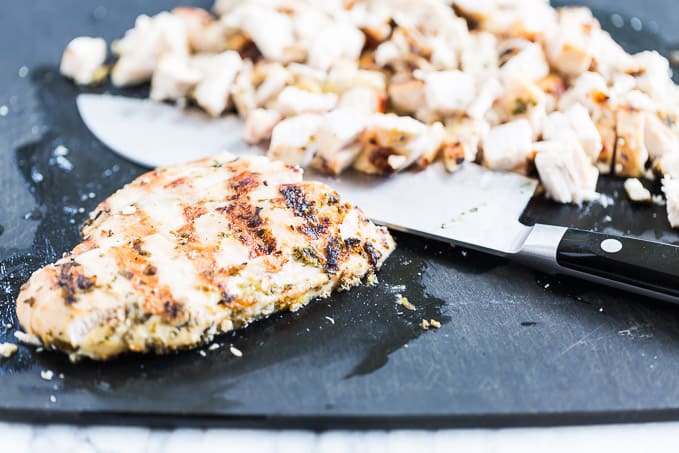 This oregano chicken really deserves a recipe all to itself because I’ve found it to be so versatile. So I hope you’ll think of it outside the context of this recipe as well! 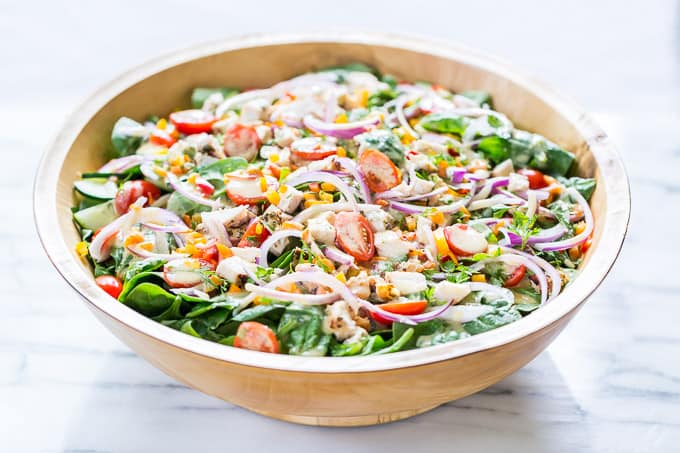 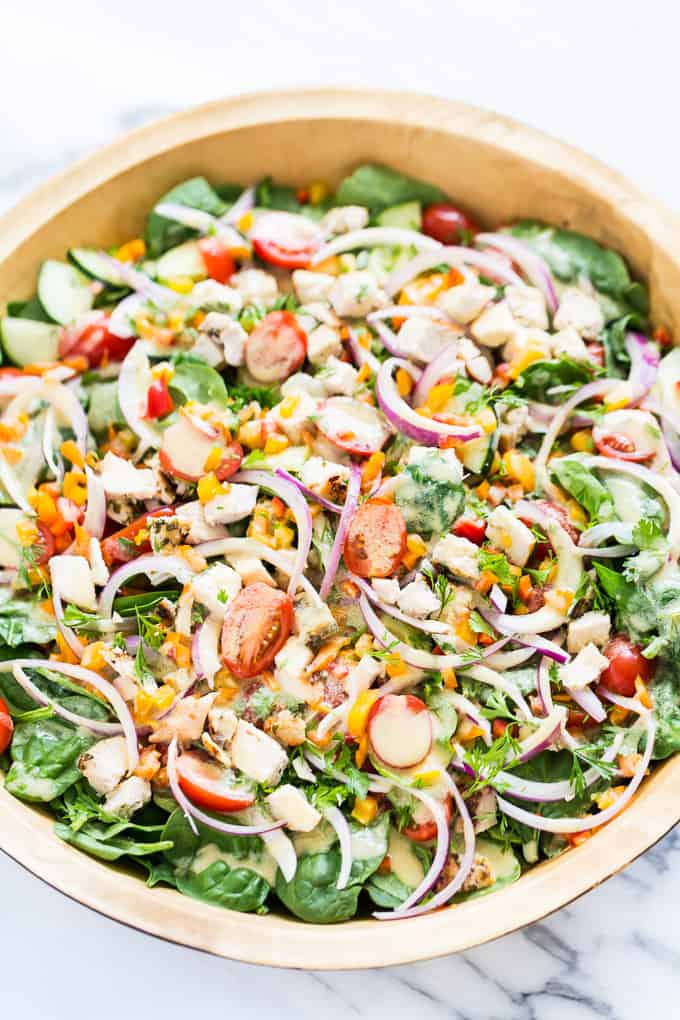 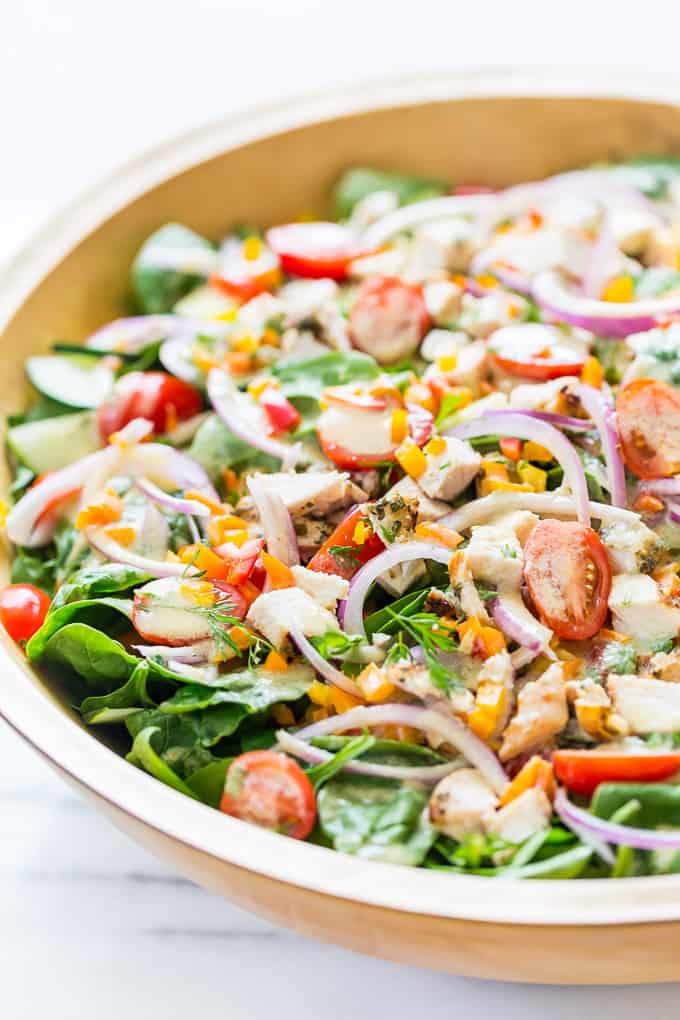 If you have an herb garden, please feel free to add as much chopped fresh herbs as you’d like! I always try to add way more during the summer months when I have more than I can use. Loads of fresh herbs make for the best salads. In the winter months, I always par back and try to go for the herbs with the most impact, (like rosemary, thyme, or cilantro which is cheap).

I used lots of chopped fresh cilantro the first time I made this, which I’m not very sure on how Mediterranean that is. But I’ve also made this with a mixture of parsley and dill, which is also fantastic!