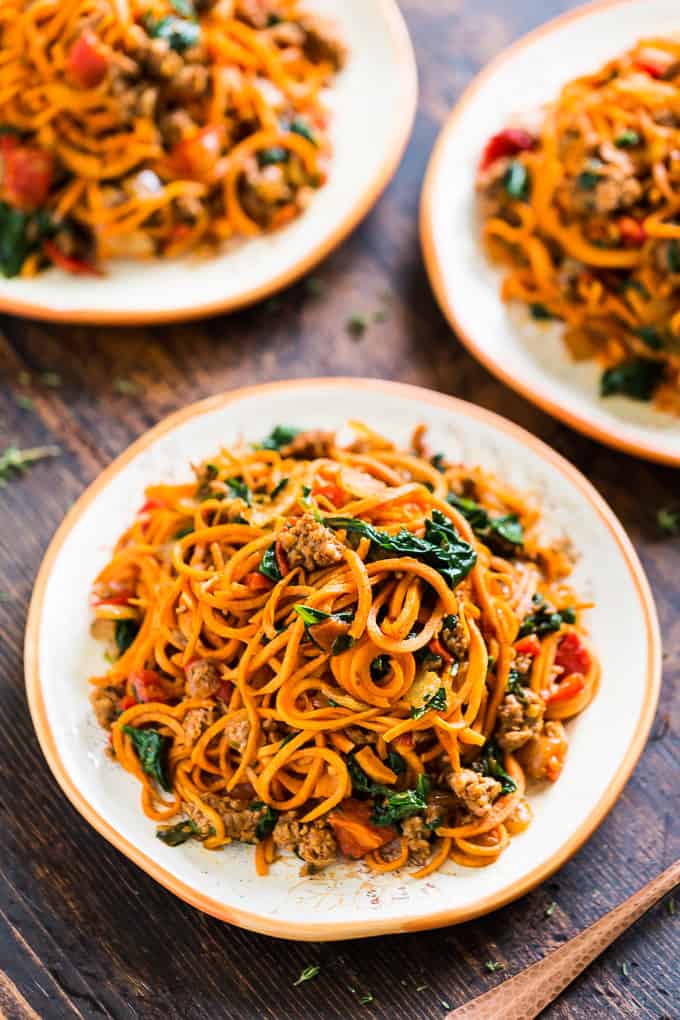 I don’t know why I don’t use chorizo more often. For some reason I forget about it for a while only to rediscover and fall in love with it all over again! The other day while I was doing the final recipe test for these noodles, I found myself incapable of staying out of the browned chorizo that was supposed to be set aside until the end of the cooking time.

I just kept stealing ‘just one more bite’ out of the bowl, and finally I had to take it to another room altogether until I was ready to add it back into the pan. Talk about a lack of willpower… but I prefer to blame it on the inherent tastiness of chorizo.

Anyways the point is that chorizo is sort of like bacon in that it makes everything it touches taste amazing. And sweet potatoes with their comforting sweetness are perfect with the slight spiciness of the sausage. Then you add in some savory additions like roasted red pepper, spinach, and chopped fresh thyme, and what you have is my new favorite veggie noodle recipe, (which I’ve been eating for breakfast, lunch, and dinner lately). 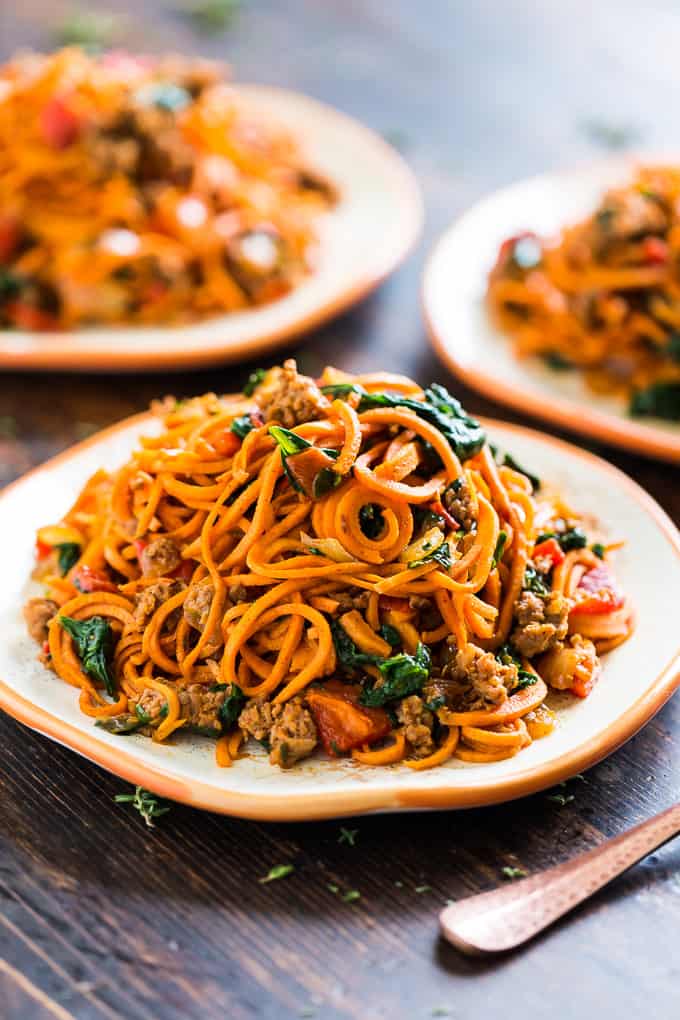 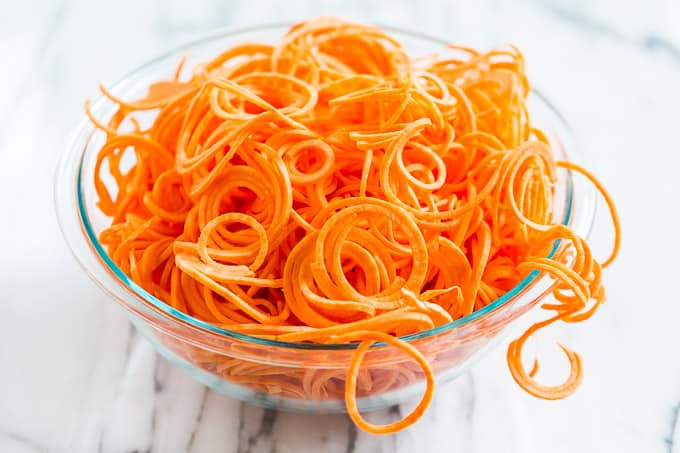 This recipe comes together in 2 easy parts: first the sweet potatoes roast away in the oven… 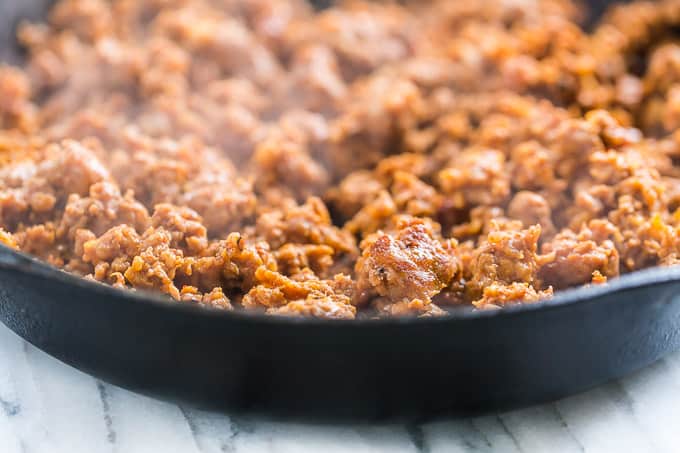 … and meanwhile you brown the chorizo and make the extra veggies on the stove top. 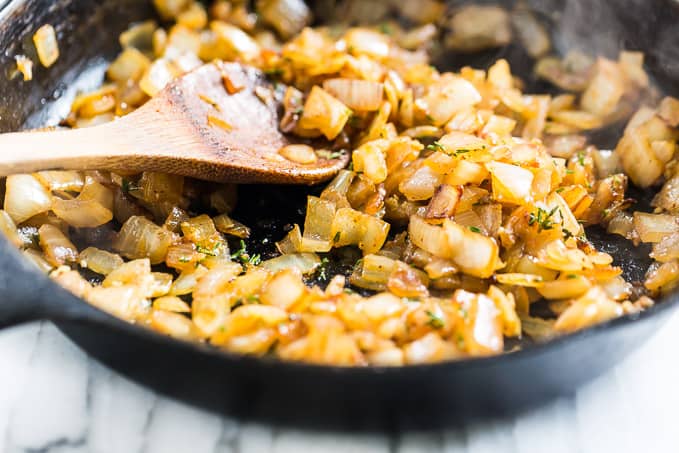 After the chorizo is cooked, you remove it from the pan and sauté the onions. 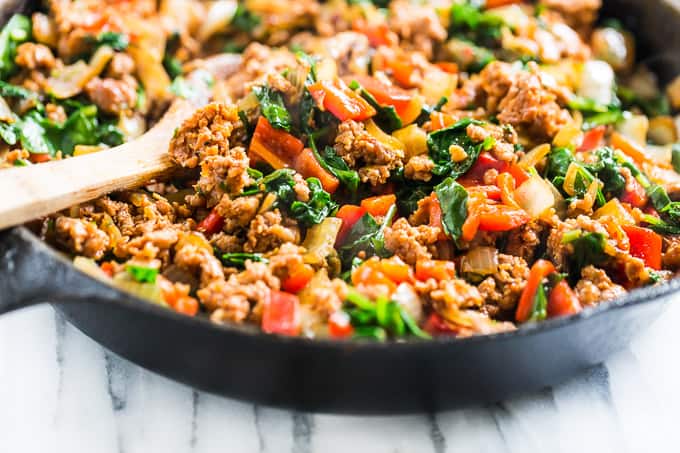 Finally you add in some roasted red peppers and spinach to cook until just barely wilted (and of course you add the sausage back to the pan to rewarm assuming you haven’t eaten half of it like some people…). 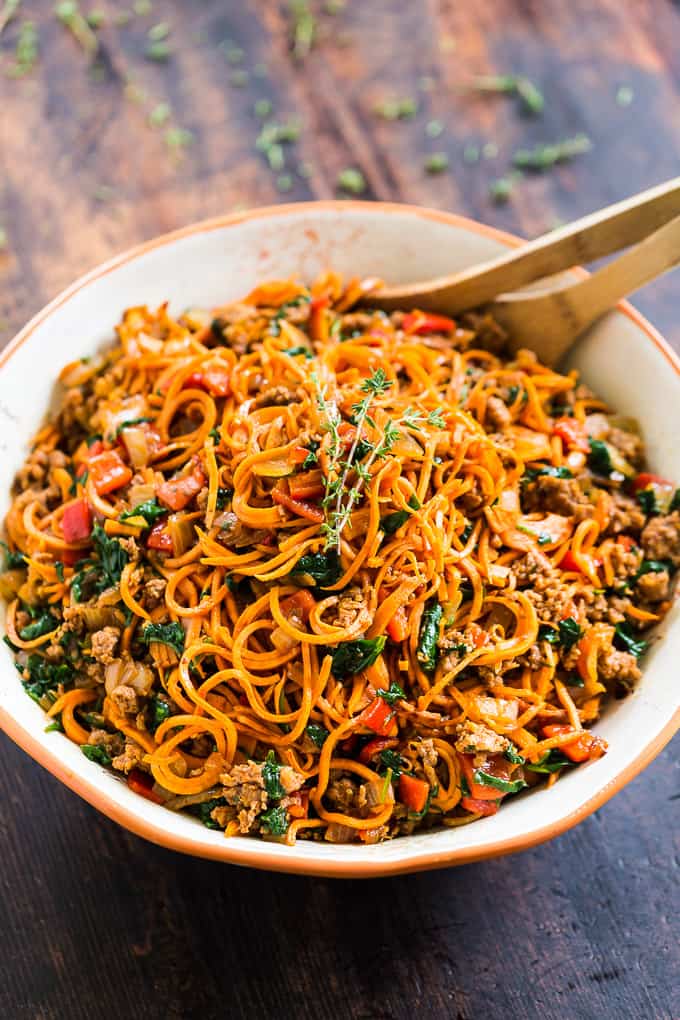 When the sweet potato noodles come out of the oven, you toss the 2 mixtures together and serve. 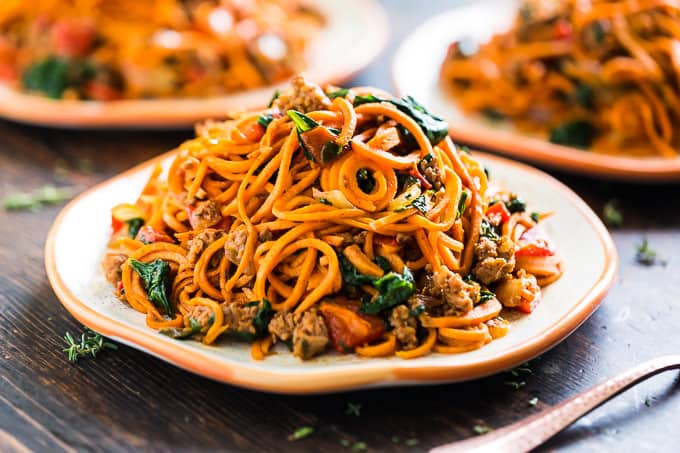 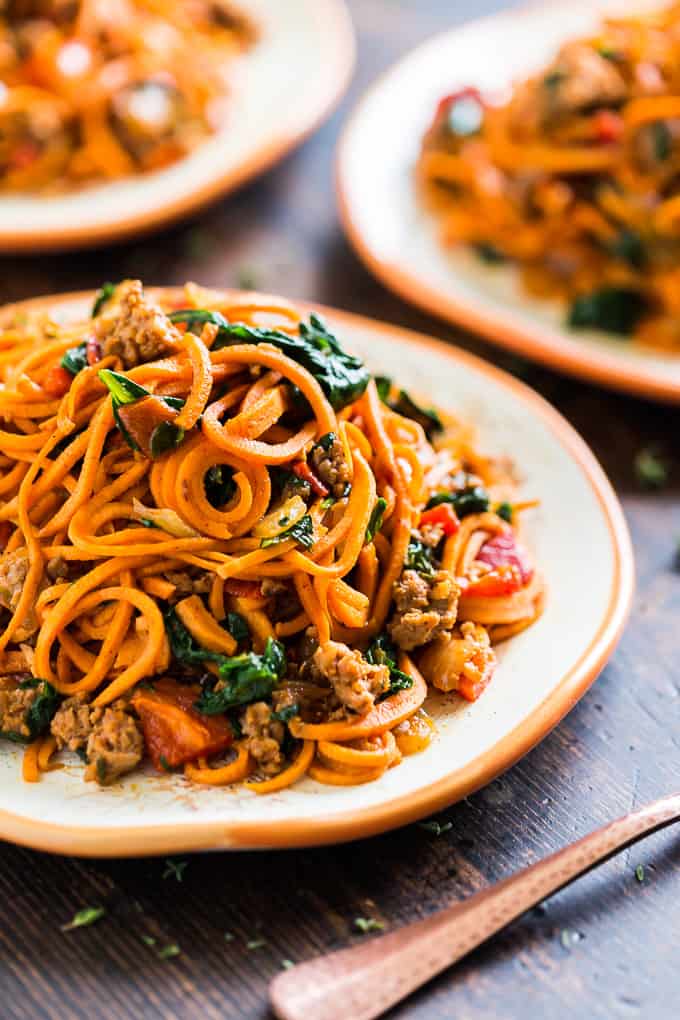 And just a note about cooking sweet potato noodles:

Either way you cook them, they’re going to be great, and I hope you enjoy my new favorite recipe!

You can sub in a diced fresh bell pepper for the roasted red bell pepper, just add the pepper in with the onions so that it has enough time to fully cook.