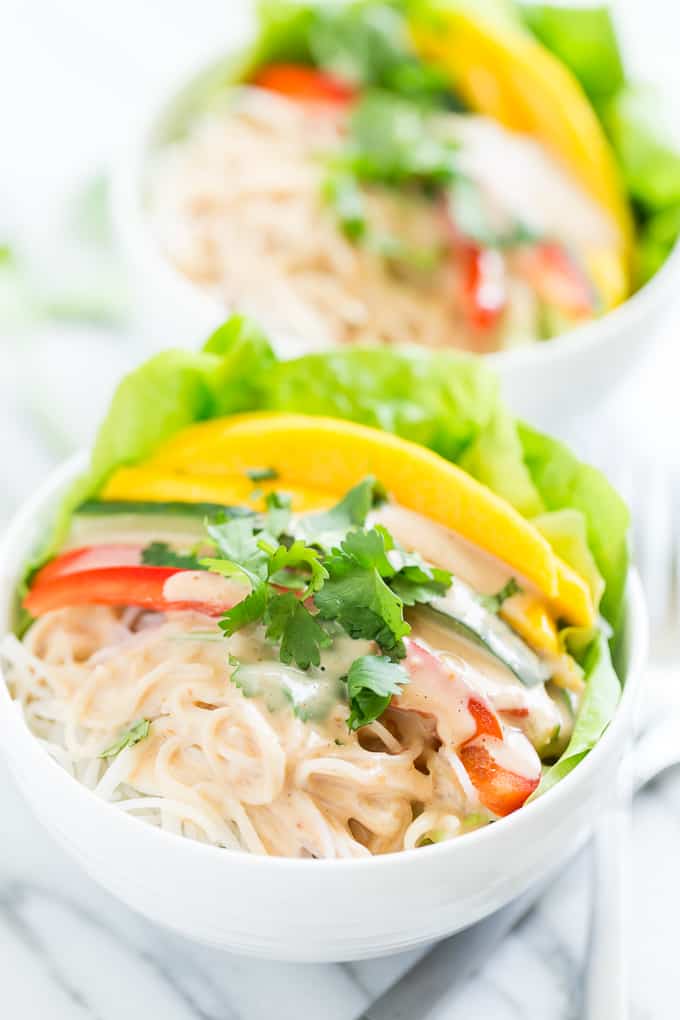 Summer Rolls are wildly popular for a reason, they’re amazingly fresh yet ultimately satisfying at the same time. They’re low in calories, but taste like something you need in your life every single day. Even with all of that being said, the last time I actually made Summer Rolls at home was probably around 4 years ago. The whole reason for this is the rolling process, it just seems like too much work most of the time.

Once you get the hang of it it’s not too bad, but even after many, many times of making these little rolls of amazingness, I still struggle with the process. So… I thought, why not throw all these delicious ingredients into a bowl and skip the rolling altogether!?! I’m not saying I’m giving up actual Summer Rolls or anything, but I’m probably just going to order them when I’m out, and I’ll be making this easier version at home for blissful summer months to come.

After you prep a few veggies, and whir up your peanut sauce, it’s a matter of simply putting the ingredients into a bowl. This whole concept cut down the prep time by half! And… speaking of peanut sauce, if you’re not into peanuts, I’ve discovered that roasted cashew butter makes and incredible ‘peanut sauce’. Ever since making my usual peanut sauce recipe with cashew butter, I’ve been tied as to which one I prefer. Cashew butter can be wickedly addicting even for a peanut butter fan like myself! 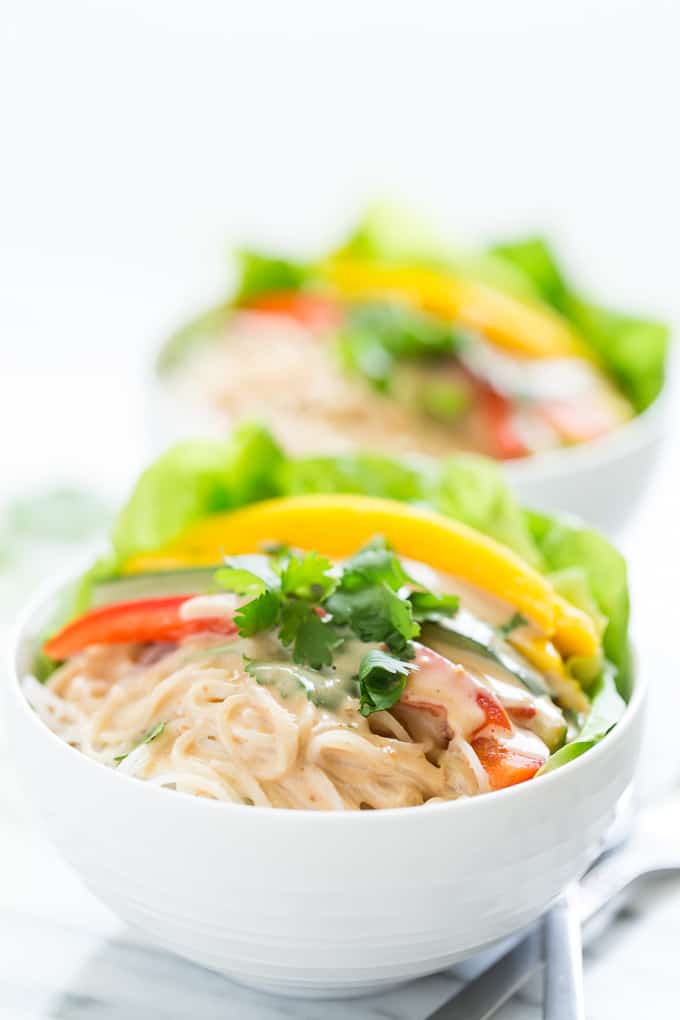 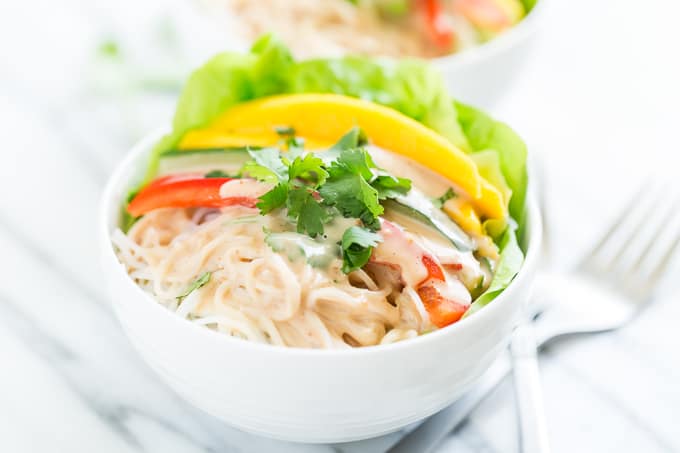 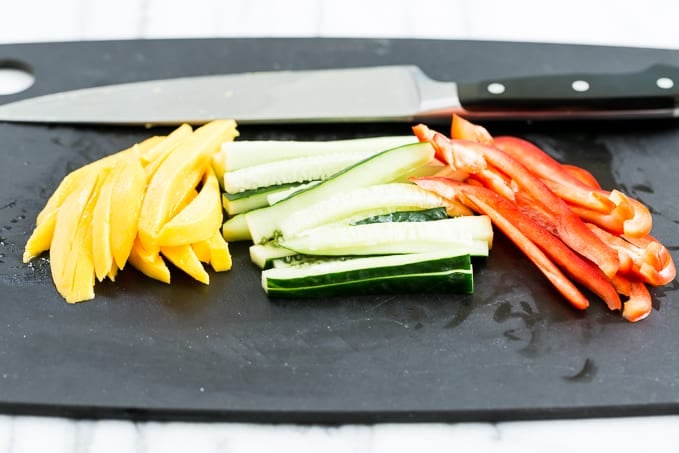 I like to start by prepping the veggies and then making the peanut sauce (or cashew sauce). The rice noodles require just a quick soak and then you can assemble your bowls! 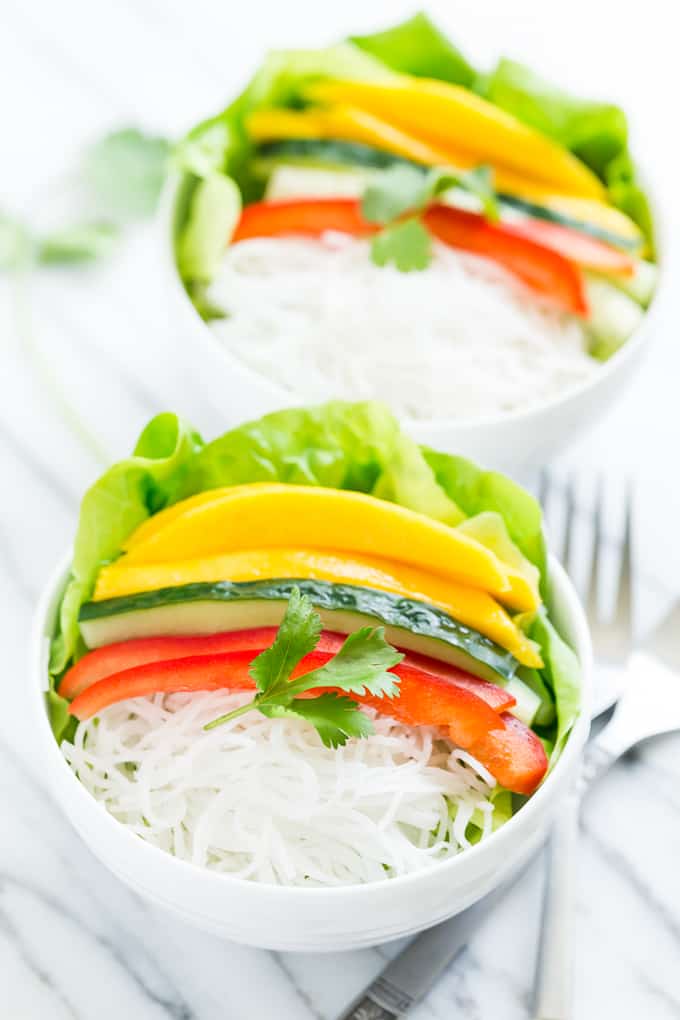 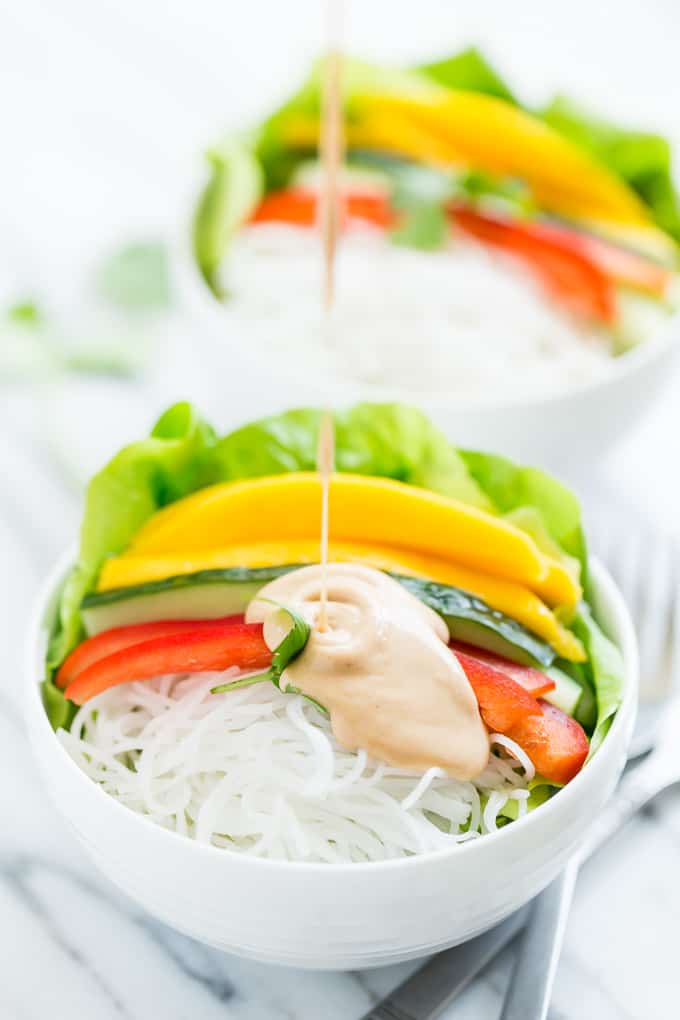 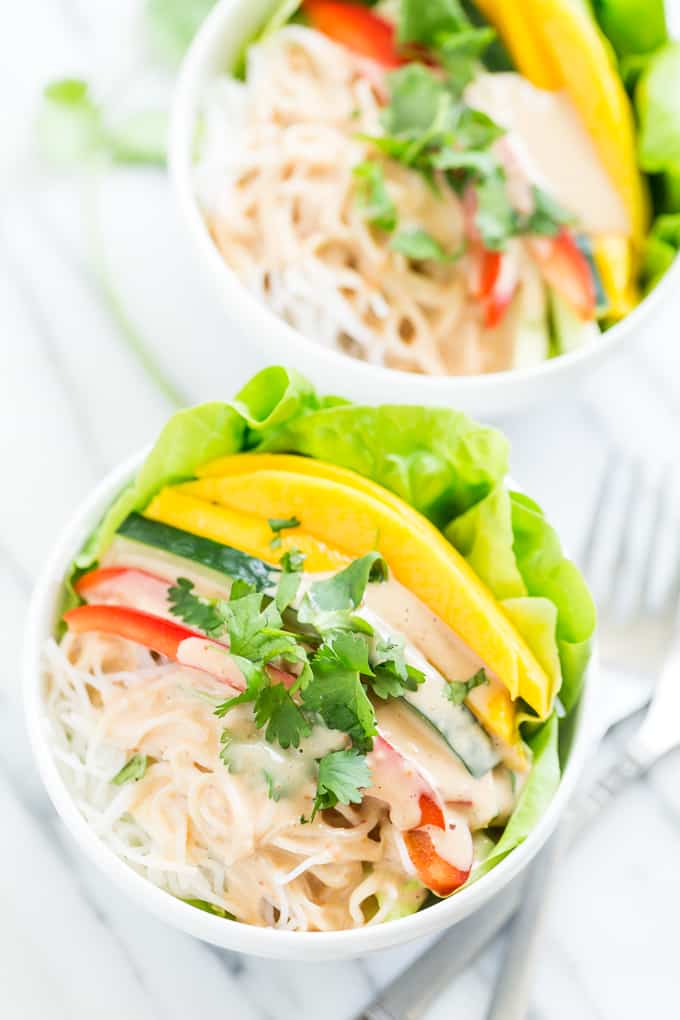 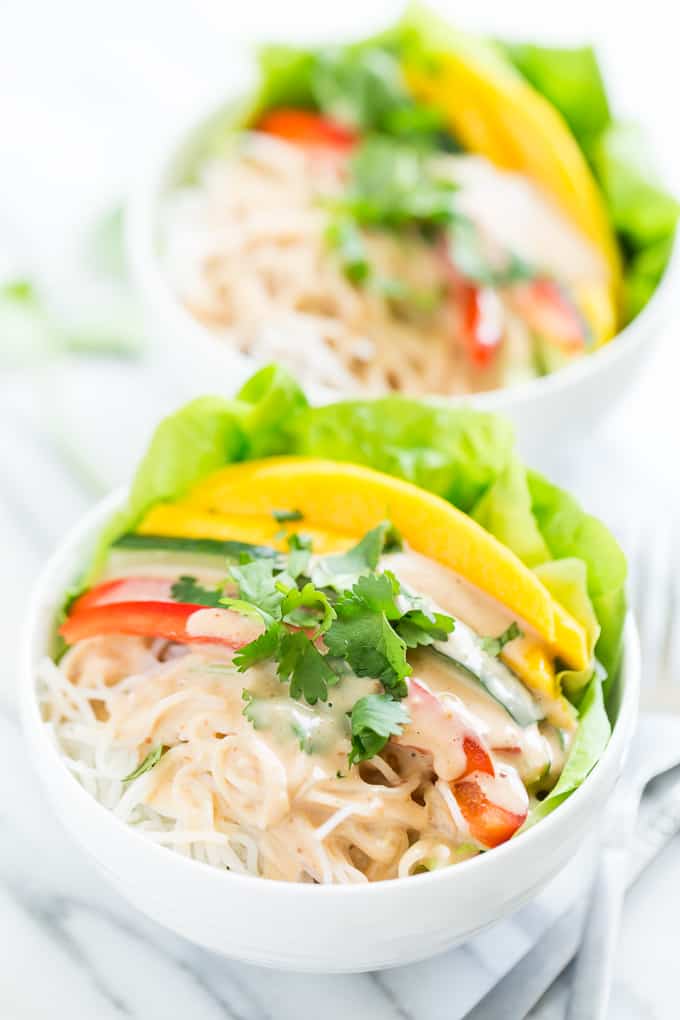 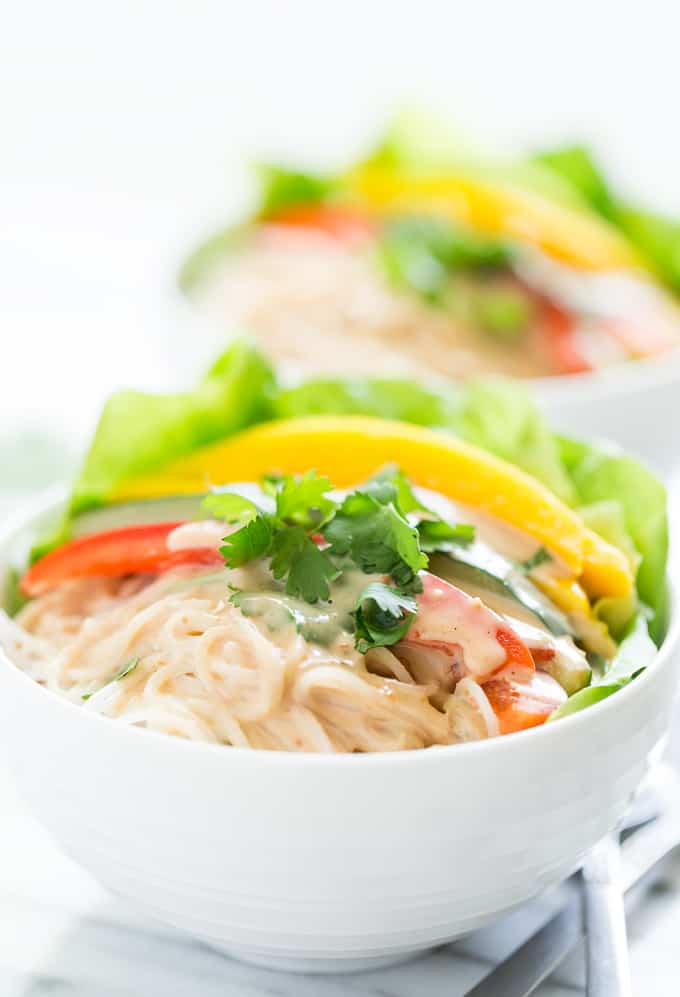 This recipe is one of those recipes that’s so simple that if you can boil water, you can make it! Even though I love spending time in the kitchen, I’ve been slowly moving towards uber simple recipes to make the days easier. I made this recipe vegetarian which is how I usually order my summer rolls, but every once in a while it’s nice to get the summer rolls with the saté shrimp tucked inside. You can find a good saté marinade in my Saté Chicken Vietnamese Noodle Bowls that can be used on shrimp. And… if you’re really not wanting to turn on the stove you can grill the shrimp, and keep the house cool!