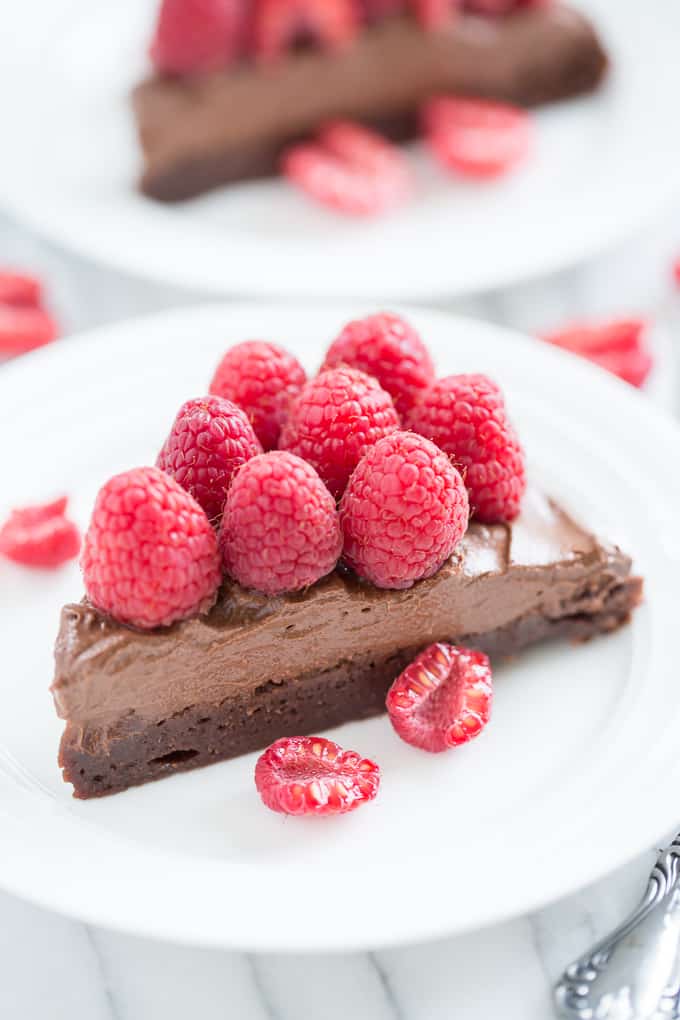 Chocolate and Raspberry is my husband’s favorite dessert combination – so it’s no surprise this recipe is dedicated to him! I had it all dreamed up for his birthday a month ago, but before I told him what I had in mind, he requested my Chocolate Tart. So I figured the Chocolate Mousse Brownies could wait for February when there’s both Valentine’s Day and our anniversary to celebrate! And… speaking of Valentine’s Day, I just realized that it’s coming up this Saturday, so it looks like I’m a bit late in getting you this dessert recipe.

See here’s the thing… I’m completely hopeless at holidays and special events – hopeless in that they completely slip my mind. For instance, one of my best friends and I are trying to figure out a night to get together this week to have dinner. And… I go and suggest that we meet up on Saturday night totally forgetting it’s a holiday, (for the record we’re both married so maybe girl’s night out could wait?)! The worst part is, it took me several days to figure out my slip-up and get back to her – seriously what’s wrong with me! But in all seriousness I’m not a huge fan of some of the general hoopla surrounding Valentine’s Day, but I am a fan of spending time with the ones you love – so bring on the brownies! 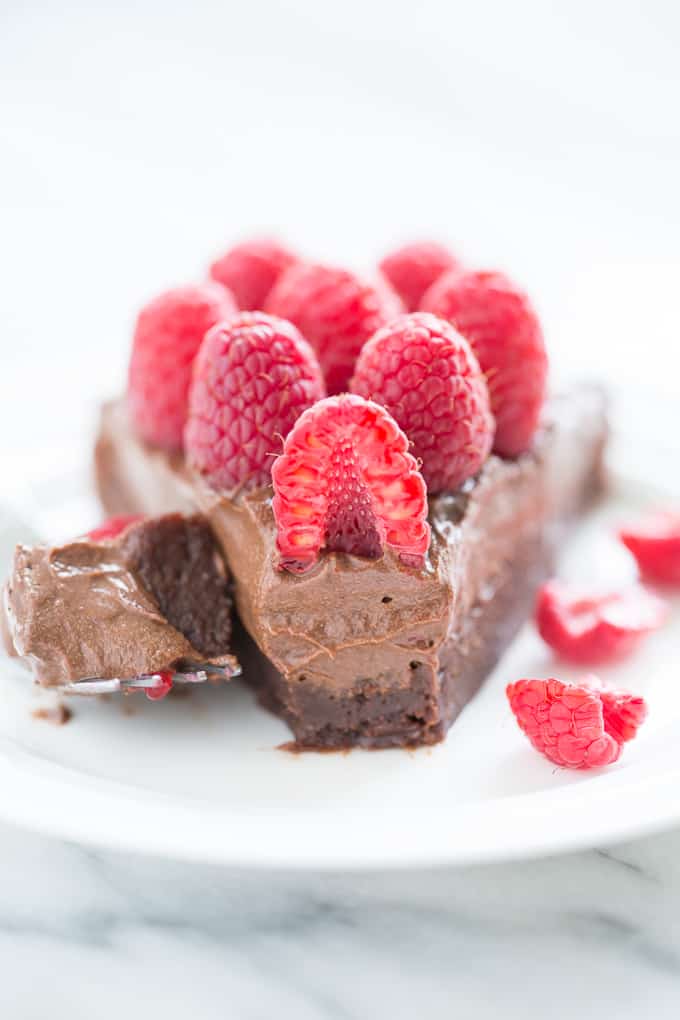 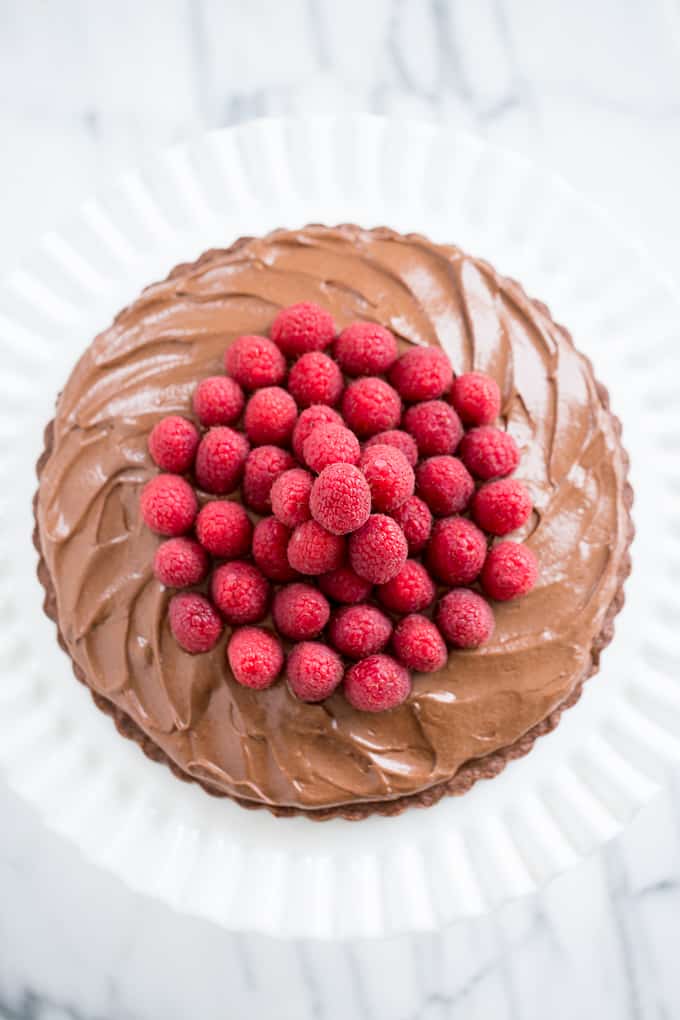 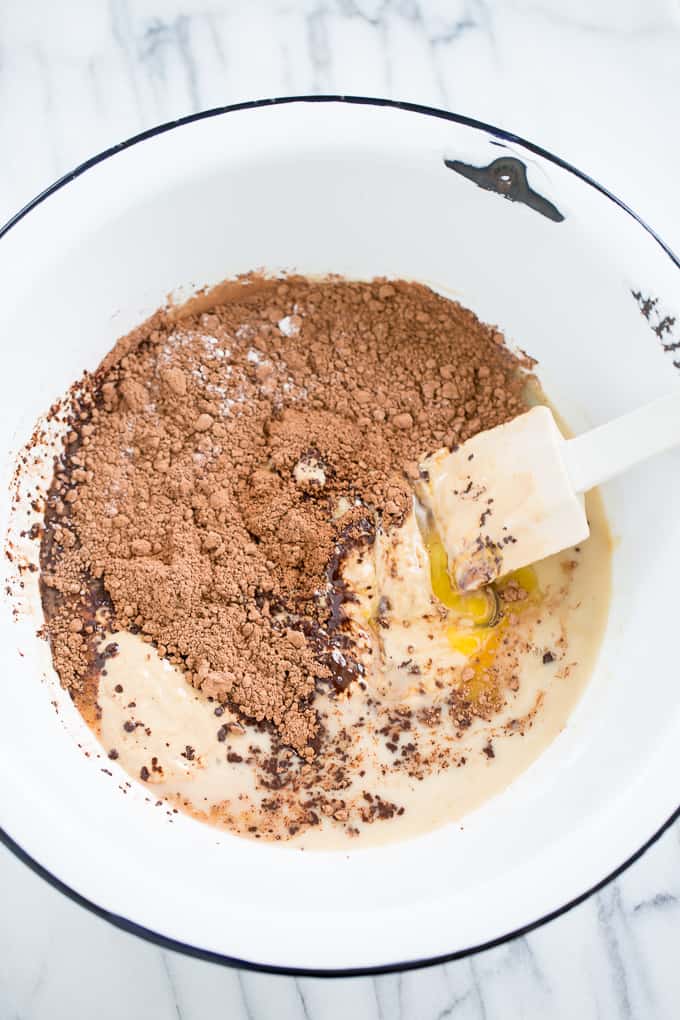 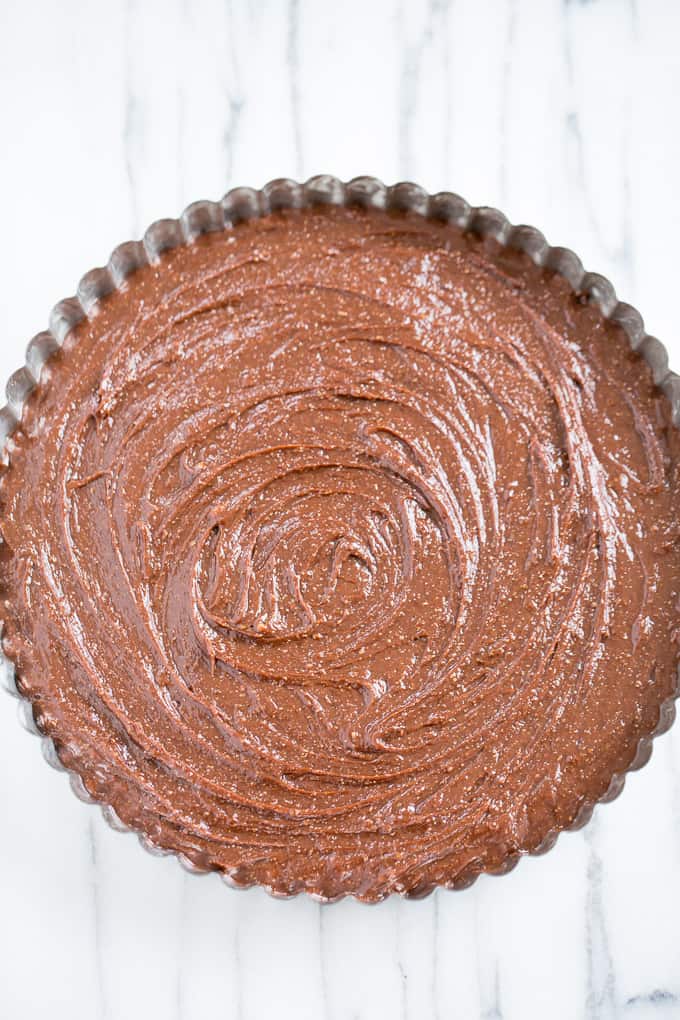 The brownie base for this recipe is slightly tweaked from my original brownie recipe, and I baked it in a tart pan for that beautiful fluted edge. I also love to under-bake these brownies because as they cool, they sink into a layer of fudge!

While the brownie base is cooking and cooling, you can make the filling in just a few minutes with a food processor. Another great thing about these brownies is they can be assembled ahead of time by topping them with the chocolate mousse and refrigerating overnight. The next day you can serve them with whichever berry topping you decide to go with! 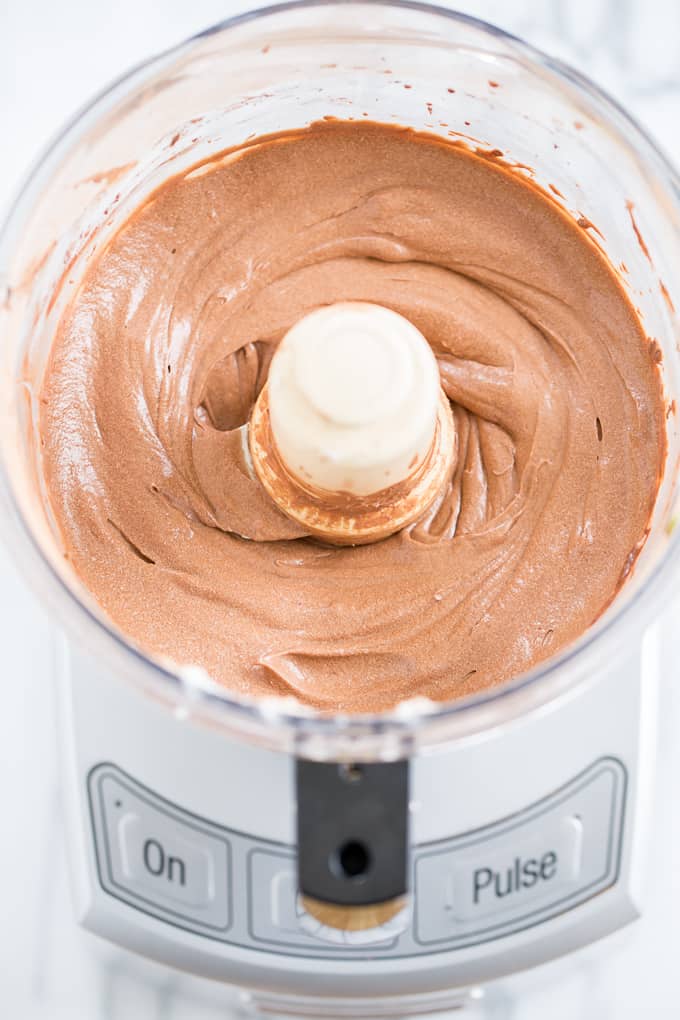 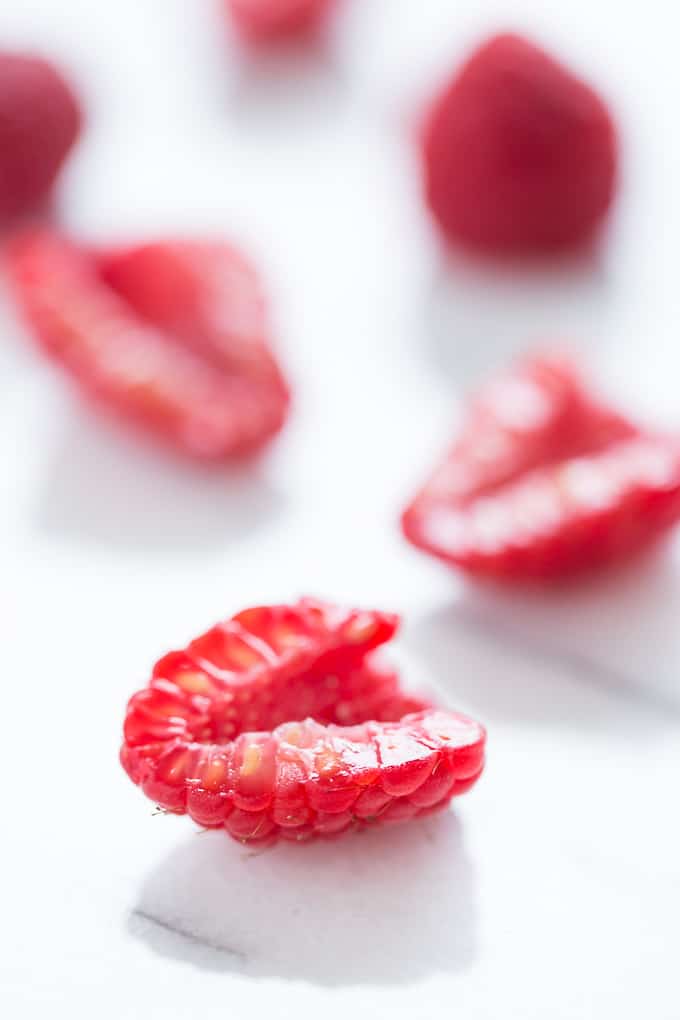 Please don’t feel like you need to use fresh berries for this dessert, because a sauce made out of frozen berries works really great as well! I’ve gotten a great deal on organic raspberries 2 weeks in a row now, so I couldn’t resist a little out-of-season produce. I’m including a couple links for sauce recipes in case berry prices happen to be sky high!

Strawberry Sauce – this recipe has rhubarb in it, so if you’re making it for these brownies omit the rhubarb and halve the arrowroot, honey, and orange zest. 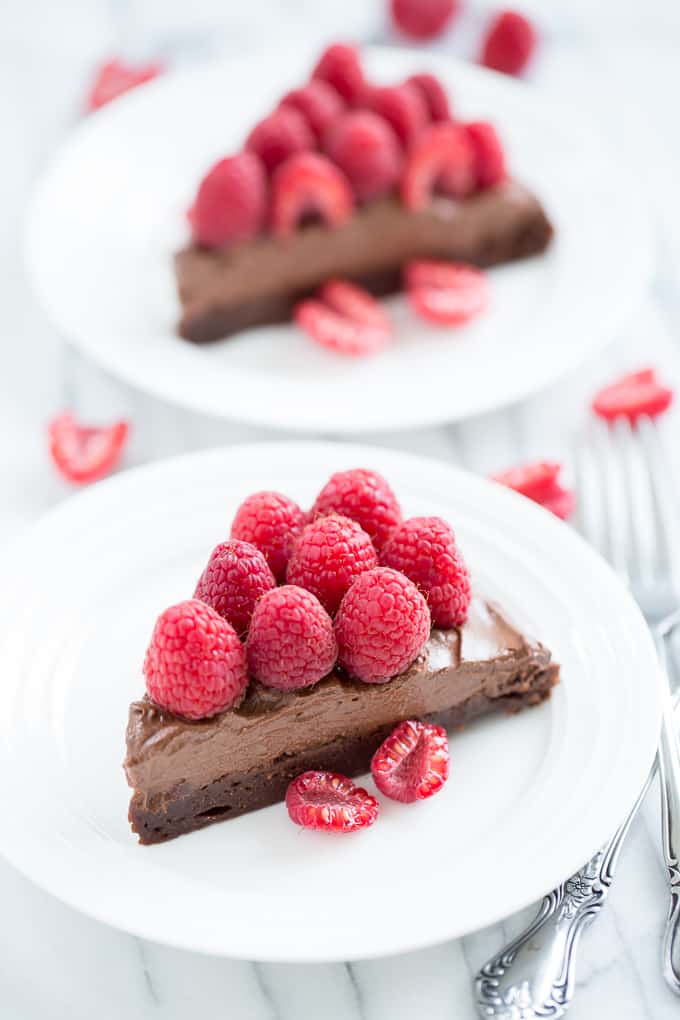 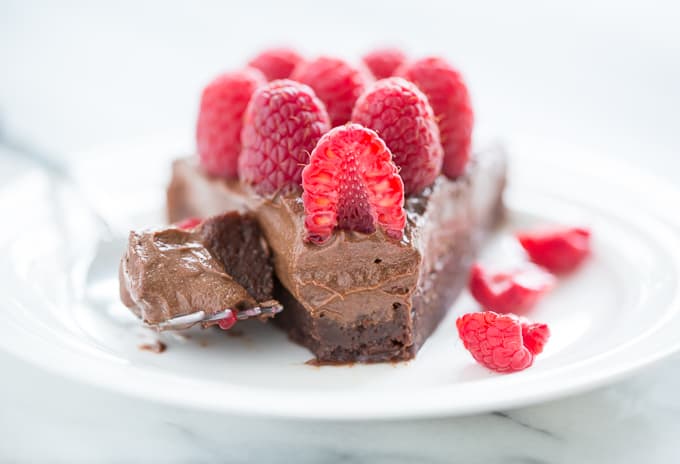 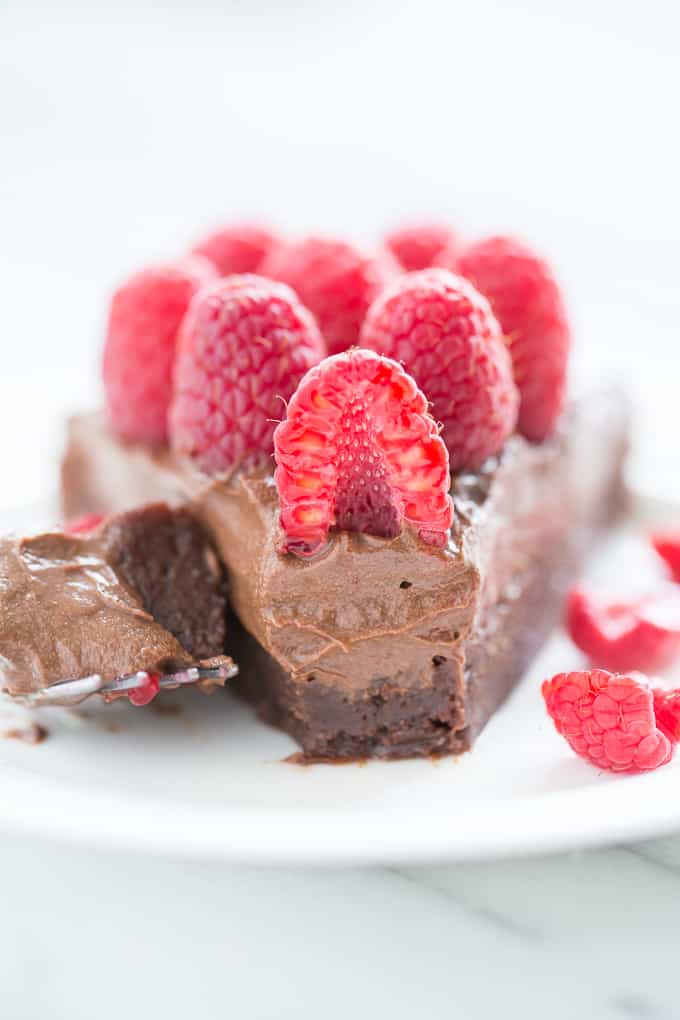 I hope you enjoy every last luscious bite of these beauties!