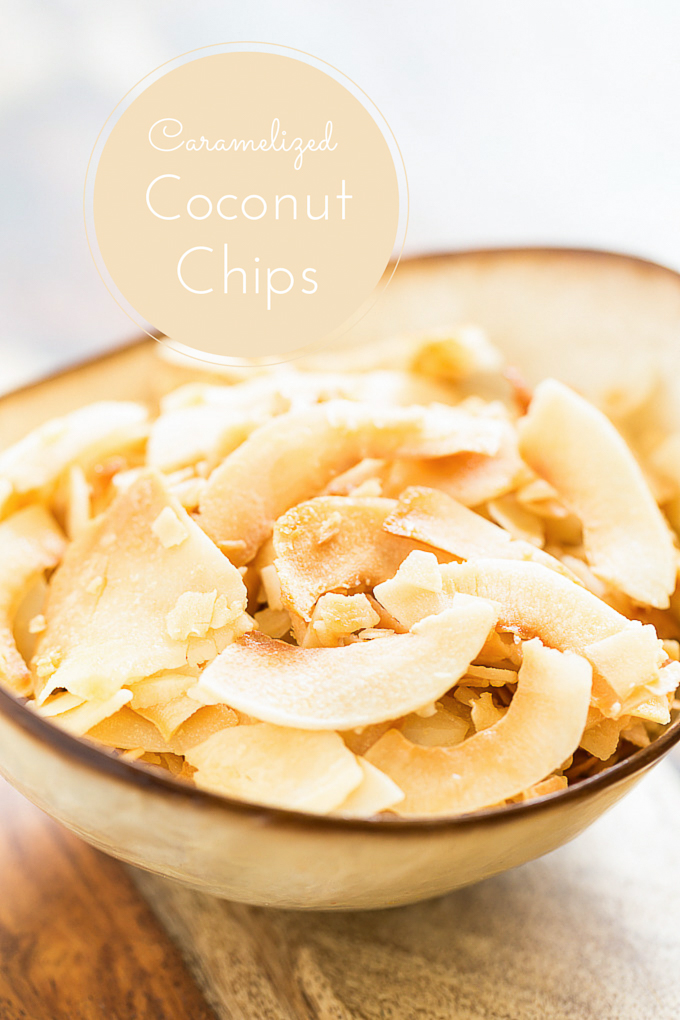 I’ve never been much of a snacker until recently. Even when I was a kid and had a voracious appetite I never really snacked, instead I ate meals in between my meals, (seriously I don’t know how my parents were able to afford groceries for me)! These days with my appetite down to a tiny fraction of what it used to be, I find myself wanting just a ‘little something’ here an there to tide me through.

I’ve been seriously behind with the kale chip craze, but thanks to my mom’s addiction to coconut chips, I might not be the last person on earth to try these out! From the start I was crazy about the flavor, and every pan I’ve made disappears before the next day, (on that note, you may want to hide some of these from your family after they come out of the oven if you want snacks for the future). 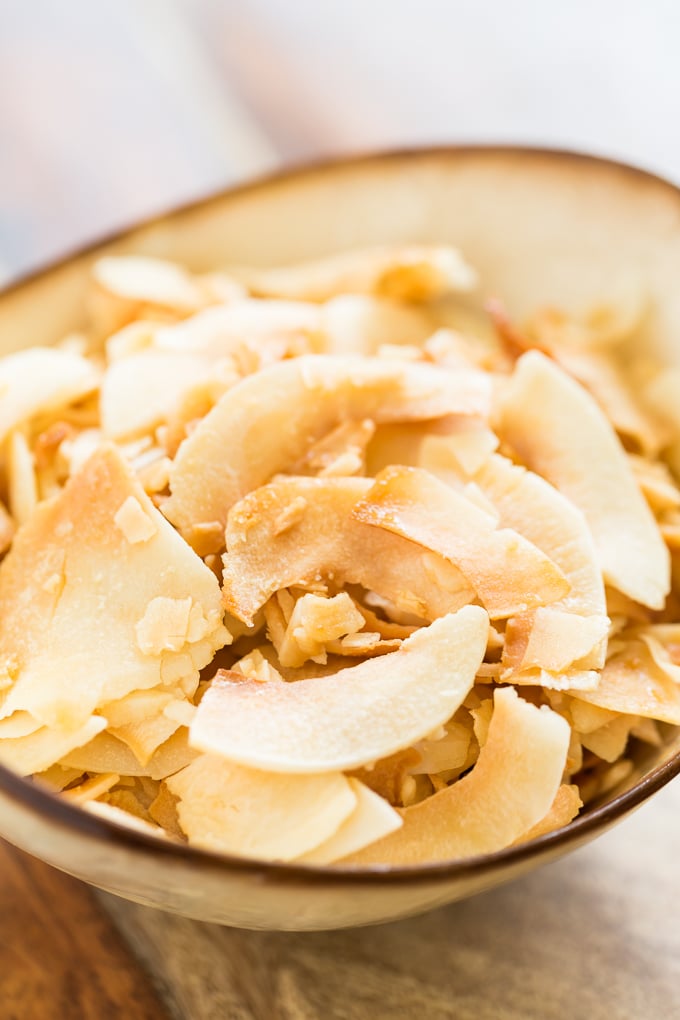 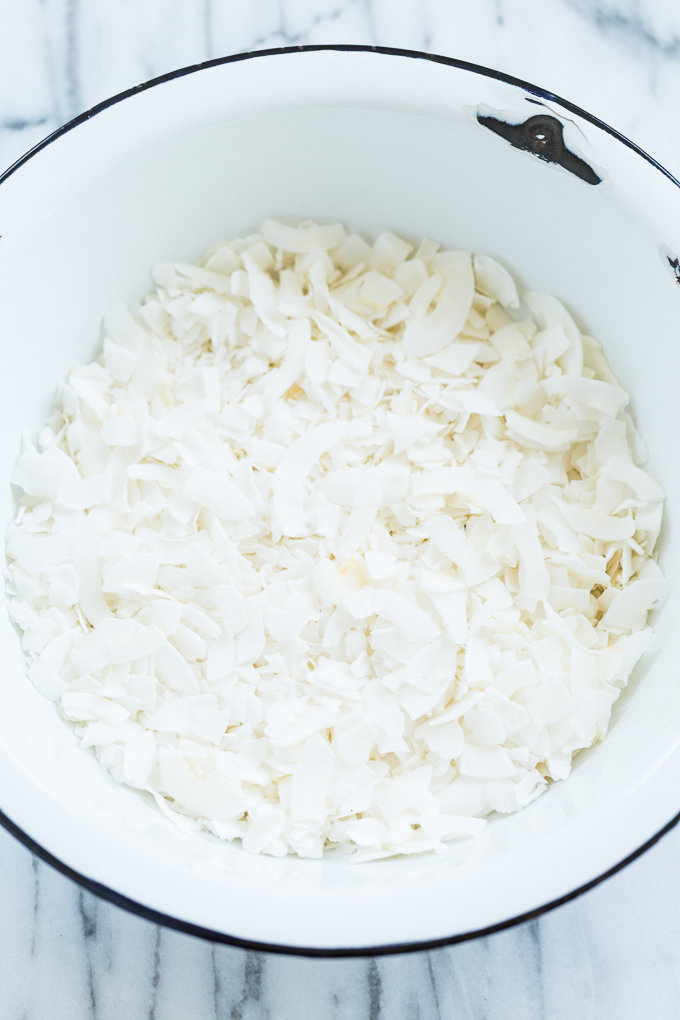 I use the 10 ounce packages of big flake coconut that I buy at Natural Grocers in the bulk section, but I’ve included the cup measurements as well in case you have another source. 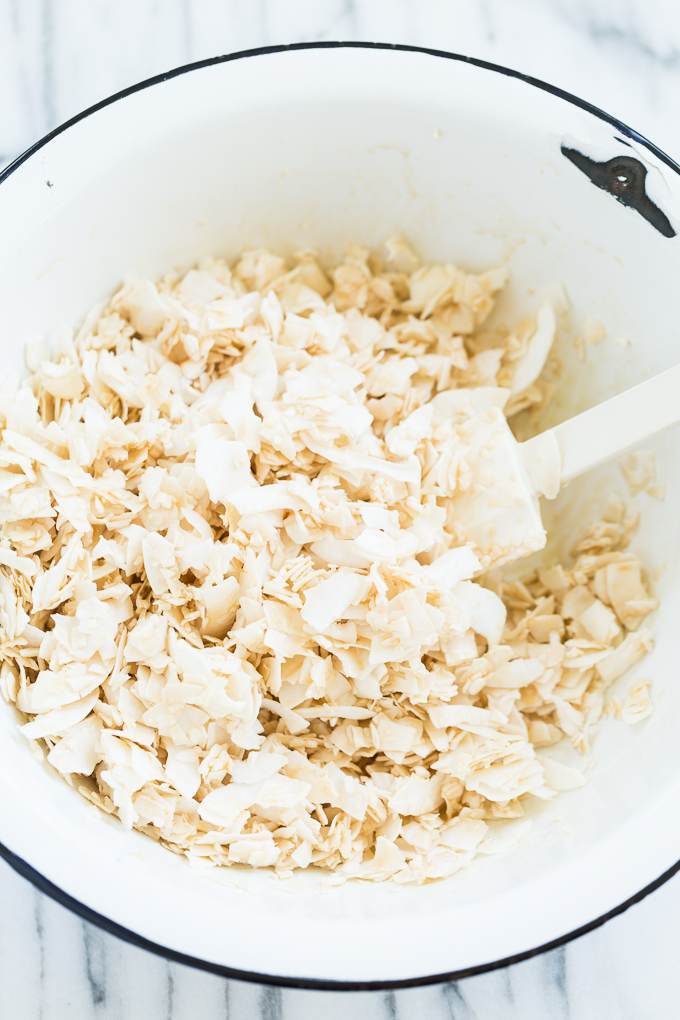 This is definitely one of those recipes that’s so simple it might not even be a recipe. The coconut gets a quick coat of maple syrup, vanilla, and sea salt – then it’s baked, left in the oven to dry nice and crispy, and just like that you’ll have a pan of addicting caramelized chips. 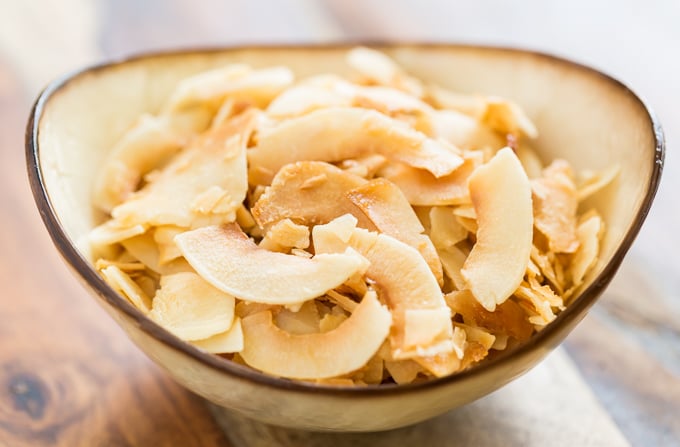 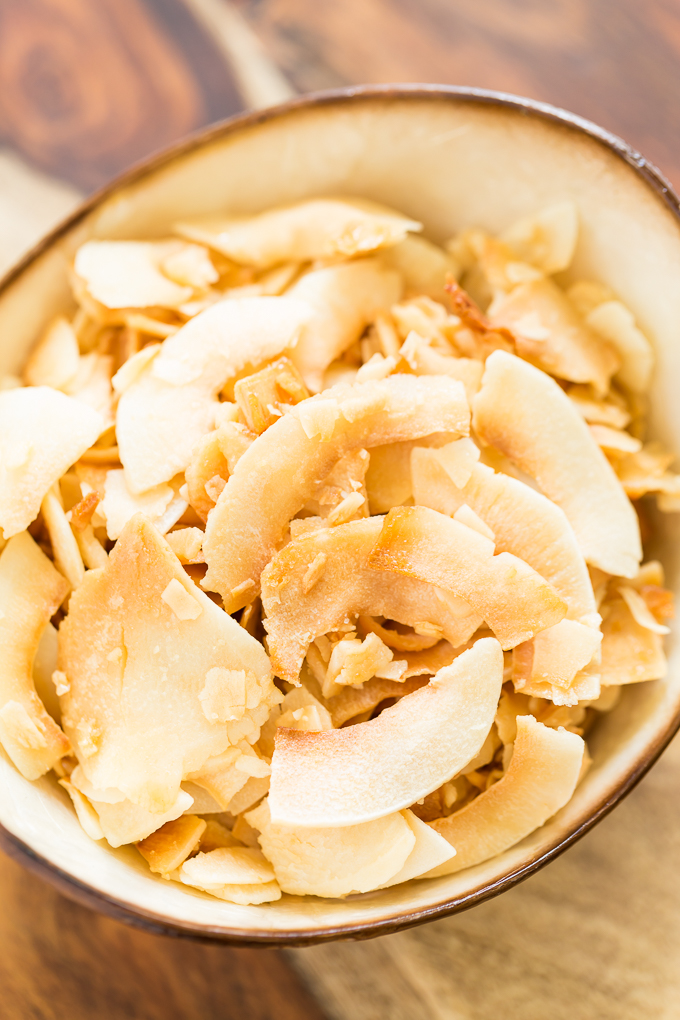 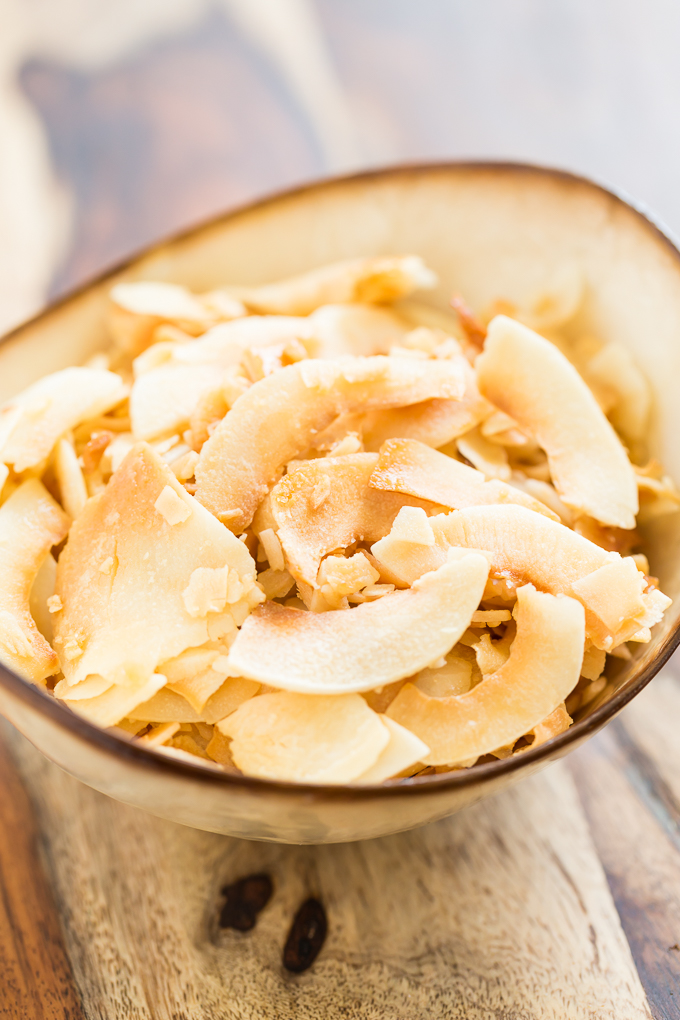 Since these have been such a hit in our house, I’ve been considering some other flavor options. My husband’s favorite chip flavor is salt and pepper so that might work, but I was also thinking chili lime sounded really good as well! What’s your favorite chip flavor?

I often make these right after dinner, and then just let them cool down with the oven overnight.