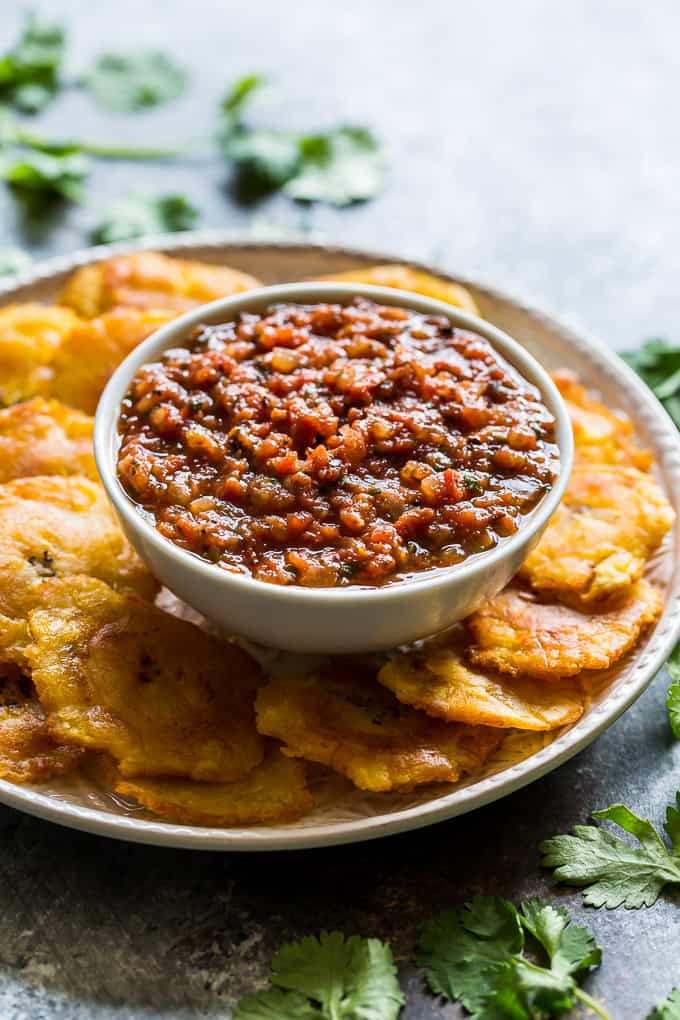 There’s a local Mexican restaurant we’ve been going to for more years than I can remember, and they have the best salsa. I’ve always wondered what makes it so rich in flavor, but I’d never really attempted to figure it out before.

I’ve always made a blender salsa year round when tomatoes aren’t in season with fire roasted canned tomatoes. But I’ve always felt like it was lacking something. So I finally got to work figuring out what that restaurant secret might be. 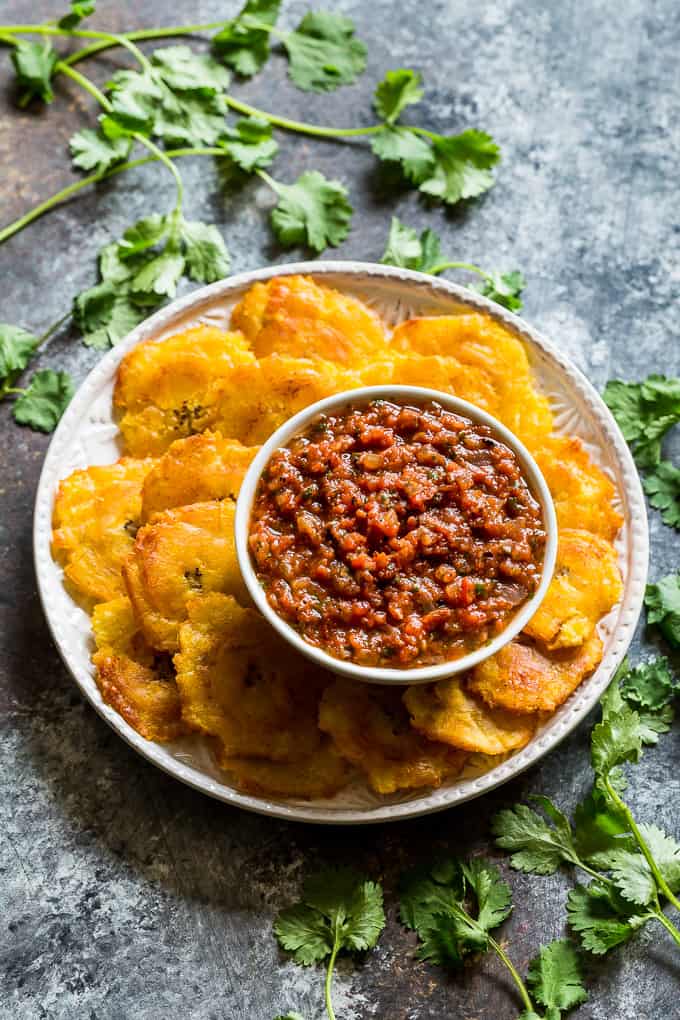 After much taste testing, I was pretty sure what my salsa was missing was a roasted element. Even though the tomatoes were roasted, something was just off about it. So I decided to also roast the onions, garlic, and jalapeno. 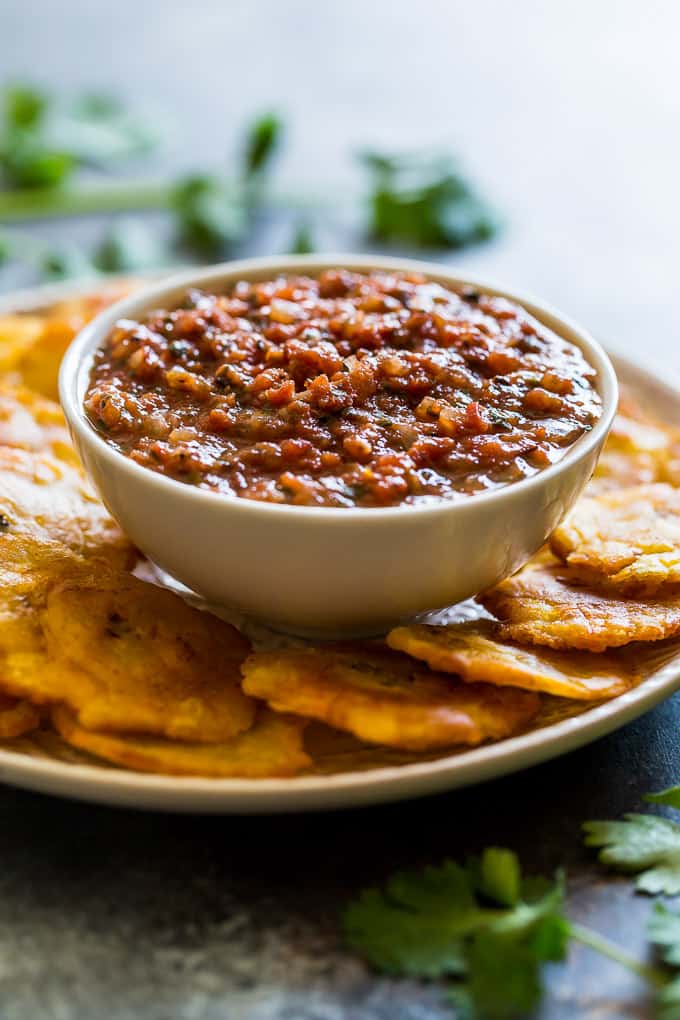 And I’ll tell you what, that made all the difference – I finally have a year round salsa that’s easy to make, and that I’m actually proud of! As an added bonus, this salsa freezes really well, so you can make big batches to freeze for a later date. 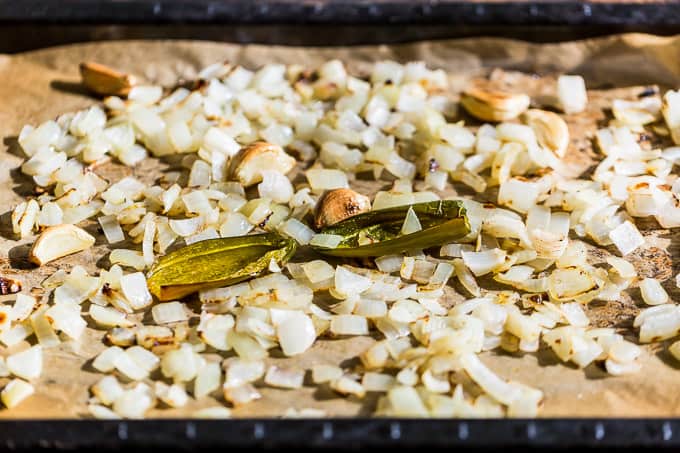 A quick roast in the oven definitely makes all the difference in this salsa. That roasted garlic flavor adds so much depth, it’s hard to stop eating it! 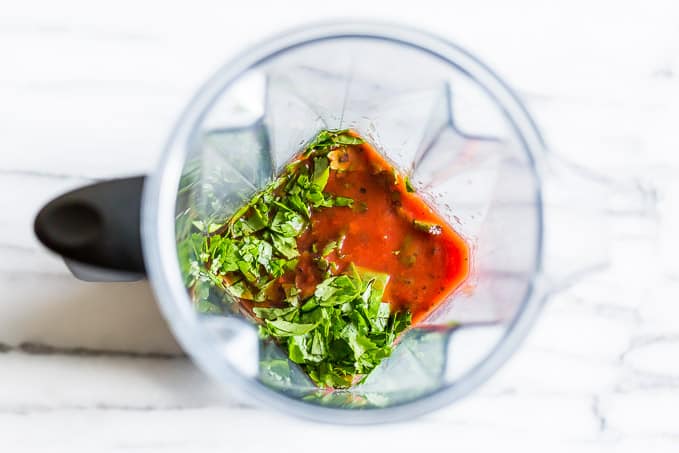 The other thing I do with this salsa to make it even easier is to blend it in two steps. First I roughly chop the onions and halve the jalapeno to be roasted, and I don’t worry too much about finely chopping the cilantro. 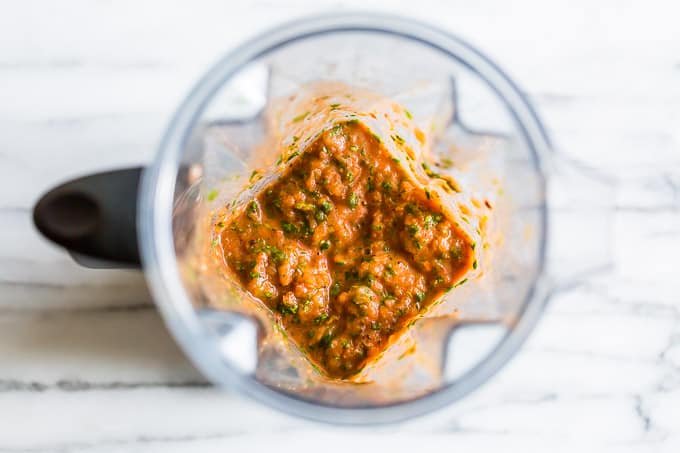 This saves a lot of knife work, and I just blend them all up with the liquid from the canned tomatoes until the consistency is what I like. That way the blender does most of the chopping work for you, but you still get to have control over the consistency you like your salsa. 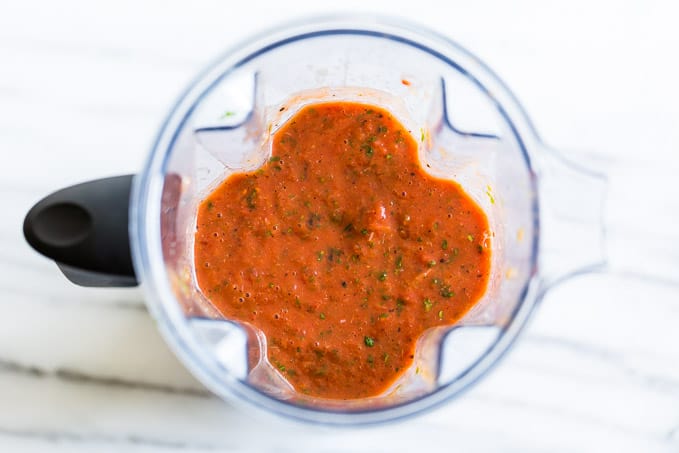 Then I add the canned whole fire roasted tomatoes, and blend for the 2nd time until the consistency is how we prefer it. By add the tomatoes in last, you have complete control over the final texture. I used to blend it together all at once, and it never turned out the same way twice. 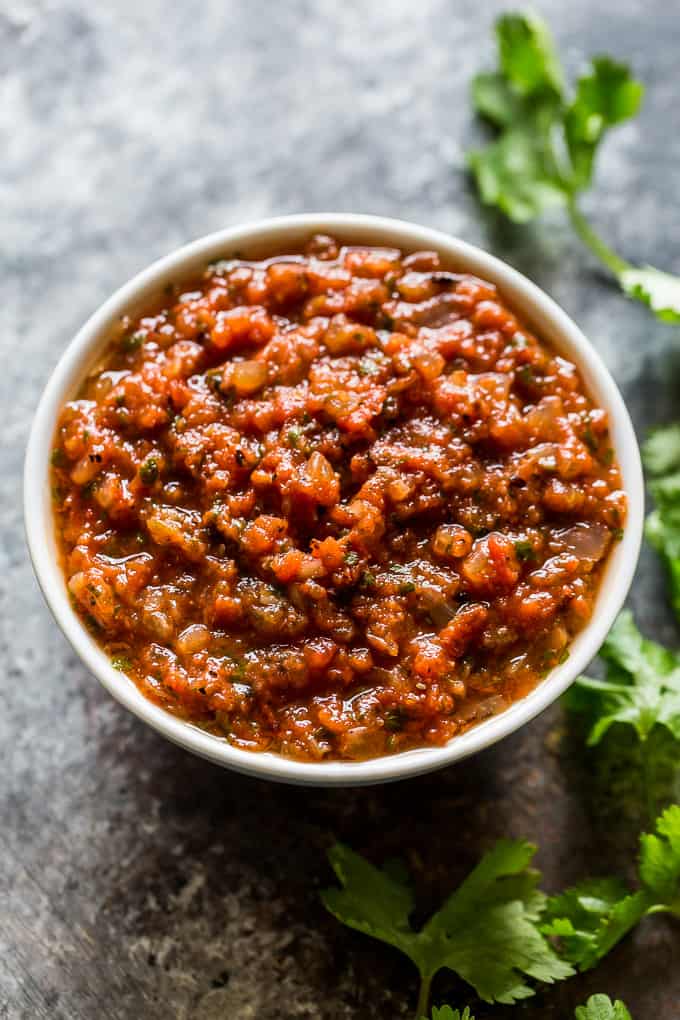 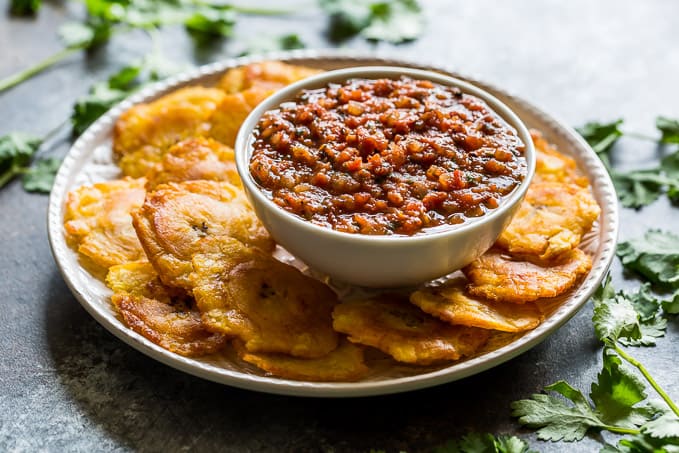 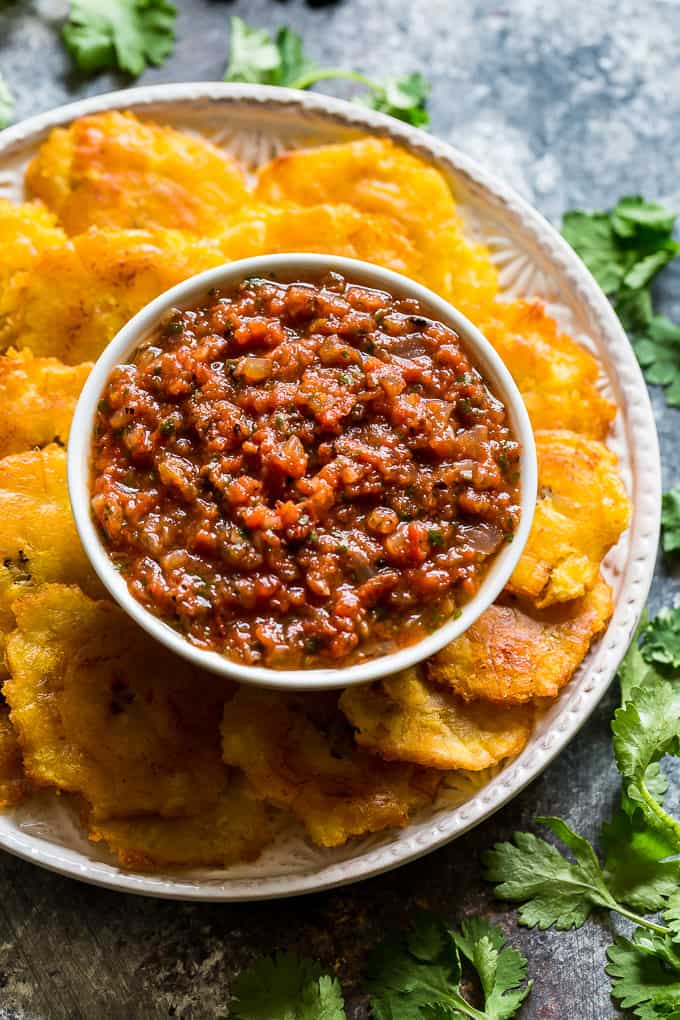 From there, the sky’s the limit with what you can do with this salsa. Obviously there’s nothing quite like the classic ‘chips and salsa’ but you also might want to try tostones as well because they’re so good, (and don’t forget to throw in a batch of The Best Guacamole too)!